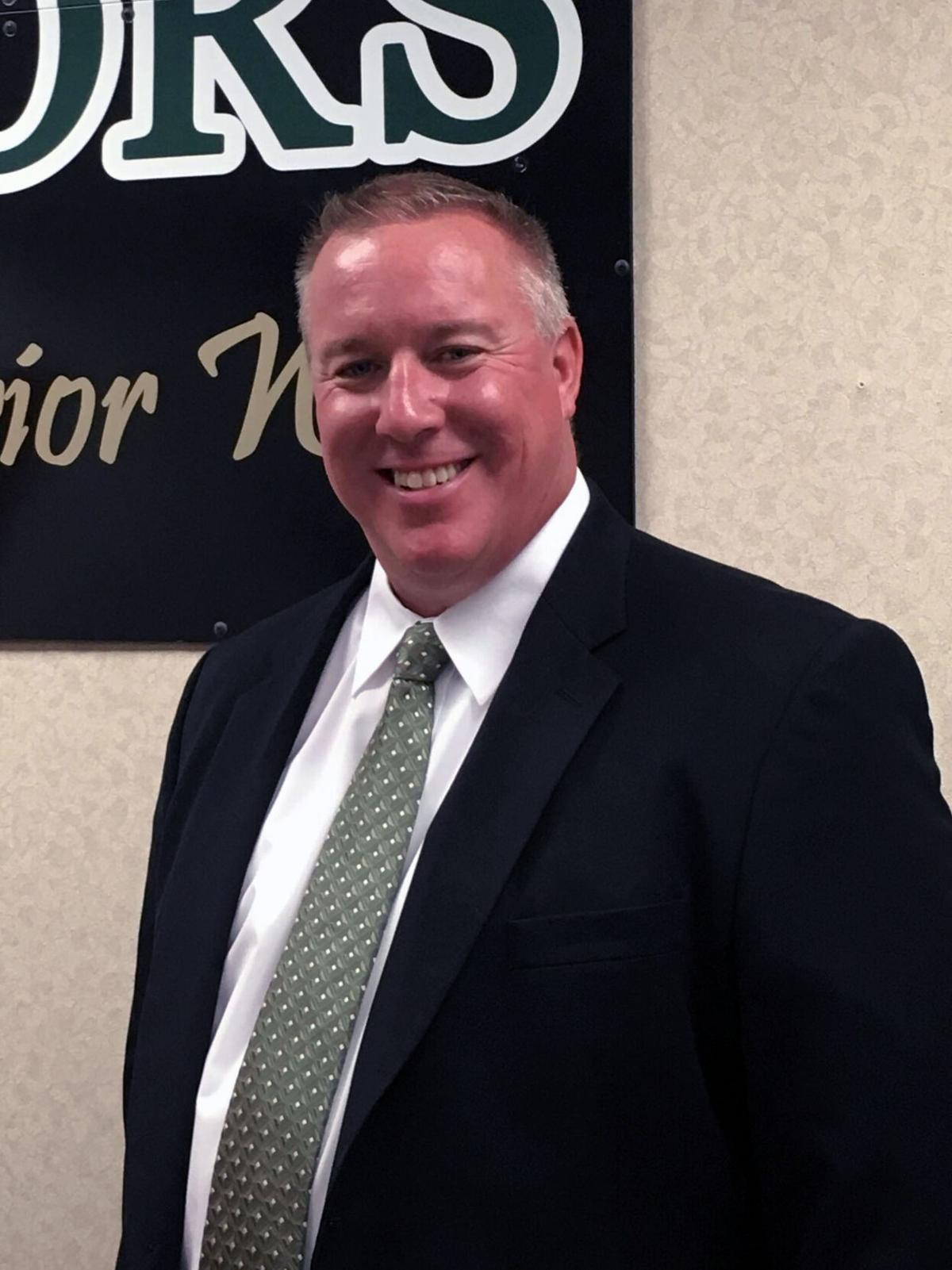 Wawasee Athletic Director Cory Schutz after being hired for the role in 2016. 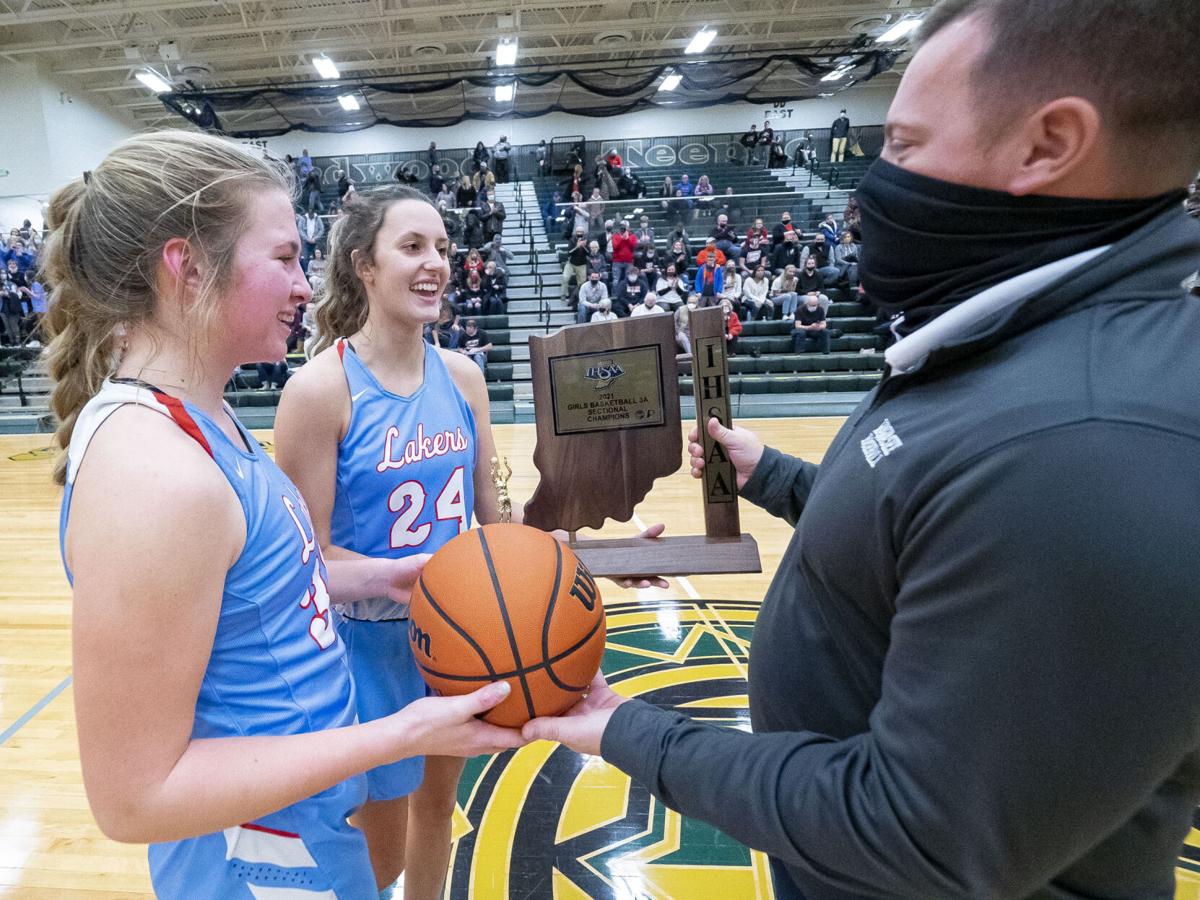 Wawasee interim Athletic Director Brent Doty, right, presents two Lakeland girls players with the sectional championship plaque Feb. 6. Doty will remain as the interim AD at the school for the remainder of the 2020-21 school year.

Wawasee Athletic Director Cory Schutz after being hired for the role in 2016.

Wawasee interim Athletic Director Brent Doty, right, presents two Lakeland girls players with the sectional championship plaque Feb. 6. Doty will remain as the interim AD at the school for the remainder of the 2020-21 school year.

Schutz had been on paid leave since the end of August pending an investigation into allegations of inappropriate conduct with a minor.

Assistant Athletic Director Brent Doty has been the interim AD since late August and will continue to serve in that role through the remainder of the 2020-21 school season. Schutz will temporarily serve in an administrative role the rest of the school year before a reevaluation of the “structure of the athletic department” will take place in the summer.

The full statement from Wawasee reads:

“On August 27, 2020, Wawasee Community School Corporation athletic director, Mr. Cory Schutz was placed on paid leave pending an investigation by the Indiana State Police department based on allegations of inappropriate conduct with a minor. An online petition was started further alleging this conduct. After a thorough four-month investigation by the Indiana State Police and an independent review by the Kosciusko County Prosecutor’s Office, a determination was made that charges would not be filed against Mr. Schutz.

Mr. Schutz has been notified and is no longer on leave. Due to the timing of the information, a plan is being established to retain interim Athletic Director, Mr. Brent Doty in place through the remainder of the school year to ensure continuity of the program for our students. Mr. Schutz will be temporarily assigned to meet the administrative needs of Wawasee High School. The structure of the athletic department will be reevaluated at the end of the 2020-2021 school year.”

An online petition started in mid-August to have Schutz removed from his role while alleging past behavior of inappropriate conduct. The organizer of the petition, Emma Rager, said she was one of more than 40 women who have accused Schutz of such behavior.

“For many years, Cory Schutz has been able to keep his employment at Wawasee High School even though there have been many complaints and women coming forward about sexual harassment and sexual assault that had happened to them within the school’s walls while they were still underaged,” the petition’s statement says. “This information has been given to the superintendent of the school system and he has failed to do anything about the predator that he keeps on as the Athletic director. There is genuine fear as more than 40 women have come forward and he still has access to young and teenage girls with the school year starting.”

Rager attached multiple emails from women, sharing their stories. Allegations included Schutz touching female students by giving them shoulder rubs, looking down their shirts and other inappropriate behaviors. Rager kept their names anonymous. When the petition hit more than 2,000 signatures on Aug. 26, 2020, she presented it to then-Wawasee Superintendent Tom Edington.

Schutz returned to Wawasee in 2016 as Athletic Director after two years at the same role at Eastern (Greentown) High School. Prior to his time at Eastern, Schutz spent 16 years with Wawasee as a business teacher and a coach. He was the head softball coach for 12 seasons.

Along with being the interim AD, Doty also serves as the school’s baseball coach. He also teaches strength training, health and math classes at the school as well.