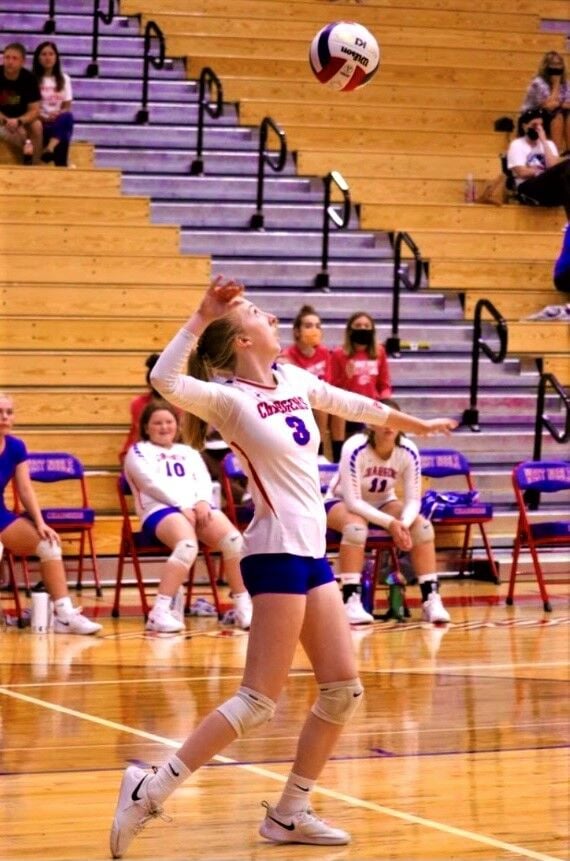 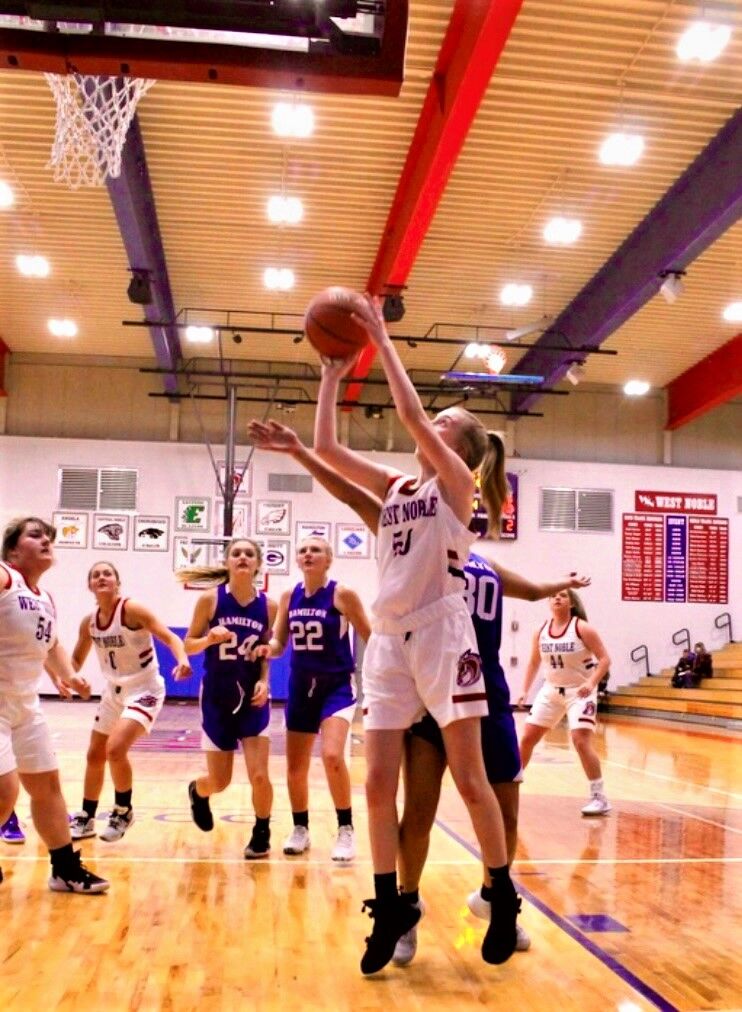 West Noble’s Ella Stoner grew up playing basketball from a young age. “I’ve just always loved the thought of being involved with school sports,” she said. “Especially since pretty much everybody in my family played basketball, so I’d just be around it all the time.”

West Noble’s Ella Stoner grew up playing basketball from a young age. “I’ve just always loved the thought of being involved with school sports,” she said. “Especially since pretty much everybody in my family played basketball, so I’d just be around it all the time.”

LIGONIER — Basketball is a huge part of Ella Stoner’s life.

Influenced by her family’s bond with the sport, Stoner picked up a basketball at a very early age and began playing competitively when she was just 7 years old.

“My family has been around sports for a long time,” Stoner said. “And I’ve just always loved the thought of being involved with school sports … Especially since pretty much everybody in my family played basketball, so I’d just be around it all the time.”

Stoner picked up a second sport — volleyball — at the beginning of middle school and has been a two-sport athlete ever since.

CARING FOR OTHERS ON THE COURT

Throughout her sports career, Stoner has always relished not only her own success in volleyball or basketball, but her teammates’ successes as well. Even before high school, Stoner realized the importance of being a good teammate.

“It’s one of the most important things for a teammate to be,” Stoner said of being unselfish on and off the court. “You can support other opportunities for other people, and not just for yourself. To me, being a good teammate is just one of the most important things. … I’ve always kind of been that way from a younger age, but I’ve definitely become more mature in that aspect in high school.”

Unsurprisingly, her coaches raved about Stoner’s willingness to be that supportive teammate when the spotlight’s not necessarily on her.

“I was blessed to coach Ella for two years and she is truly one of the nicest, kindest students I have ever coached,” Marano said. “Through her selfless attitude and caring personality, Ella has always been equally excited about her teammates’ success as she would be for her own. As a coach, you constantly look for athletes that understand the importance and power of putting the team first, and she did that every day.”

“She’s always smiling and lifting her team up,” Logan said. “She was a junior on the JV team this past year and she could have taken that so many ways. But she chose to play her heart out and be the best leader she could for the girls she was playing with.”

STAYING BUSY OFF THE COURT

Stoner doesn’t just use her willingness to help others while playing sports. She was a member of the National Honor Society this past year at West Noble, and has even helped coach the sixth-grade basketball team at the school.

“I loved it,” Stoner said of coaching. “It was so much fun. It really shows you how much a team can grow just within one season. You kind of feel it when you’re playing, but as a coach, you are actually watching it happen. … I definitely would like to maybe coach again after college.”

Before high school, Stoner was involved with the National Junior Honor Society, and because of that, her interest in joining the NHS was high from the beginning. She looked at being inducted as a reward for staying the course before her junior year, and she made sure to make the most of it this past school year.

WHAT THE FUTURE HOLDS

Stoner still has a year left of high school, but she already has plans for college sorted out pretty well.

With her 3.7 GPA, she hopes to enroll at Ball State next year to major in elementary education.

“I love working with little kids,” Stoner said. “I’ve helped with summer school over the years, and it was always so much fun to watch the kids learn how to write, learn their colors and all of that type of stuff. … I’ve never considered really any other major. It’s always been elementary education.”