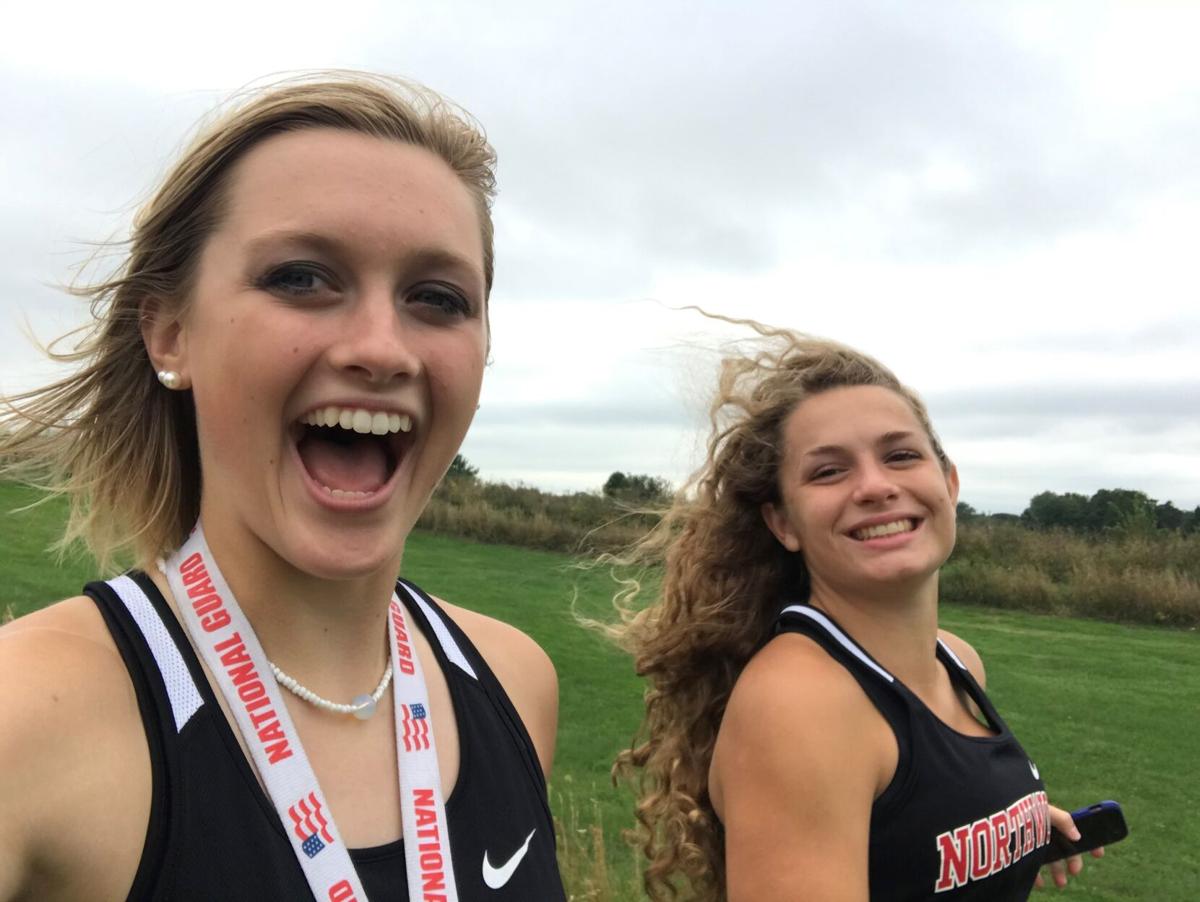 Recent NorthWood graduate Reese Barhydt, left, takes a picture with teammate Abigail Vorhis at a cross country meet. Barhydt ran all four years for the Panthers and is now embarking on a career in the National Guard. 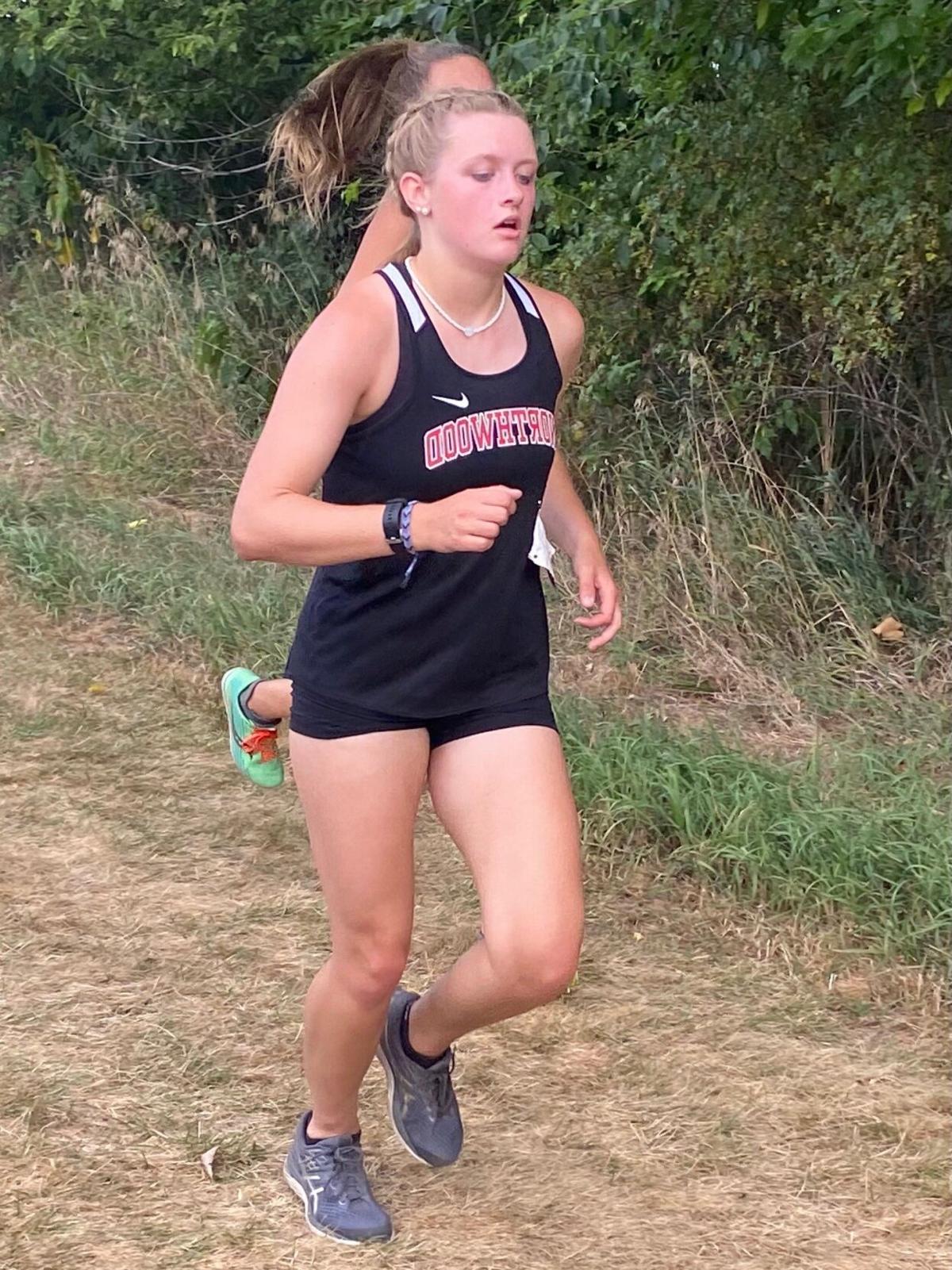 NorthWood’s Reese Barhydt was a four-year cross country runner for the Panthers, serving as team captain her junior and senior seasons.

Recent NorthWood graduate Reese Barhydt, left, takes a picture with teammate Abigail Vorhis at a cross country meet. Barhydt ran all four years for the Panthers and is now embarking on a career in the National Guard.

NorthWood’s Reese Barhydt was a four-year cross country runner for the Panthers, serving as team captain her junior and senior seasons.

NAPPANEE — Reese Barhydt won’t be able to read this story about her — not right away, at least.

That’s because the recent NorthWood graduate is currently with the National Guard, going through her Advanced Individual Training (AIT) at Ft. Sam Houston in Houston, Texas. She is in the middle of a 16-week stint there, specifically focusing on combat medic training. Barhydt has actually been a part of the National Guard for the last 18 months, completing her basic training last year.

Her service, leadership and team-first mentality are the reasons why new NorthWood Dean of Athletics AJ Risedorph nominated Barhydt as the school’s selection for The Goshen News’ 2021 “Unsung Athletes” series.

“I feel very honored about it because there’s a lot of really good athletes that do go unnoticed at NorthWood,” said Barhydt of the nomination. “My class, in particular, is very talented, athletically; a lot of kids put in a lot of time and effort, so it’s just really nice to know that I am being recognized for my in-school activities and my out-of-school activities.”

Before leaving for the National Guard, Barhydt was a four-year member of the NorthWood cross country team. She also participated in track and played one season of girls tennis during her sophomore year.

Initially, Barhydt joined the junior high cross country team as a way to stay in shape for basketball season. As she continued her running career, though, she grew to love the sport more and more. Then, in the summer before her freshman year of high school, Barhydt committed to the sport fully.

“I went to go check out the cross country day camps where they go to different parks, run and have fun,” Barhydt said. “I went to that and was like, ‘This is great. I don’t want to do any other sports.’”

Barhydt has been one of the more consistent performers for NorthWood, but its her leadership that has stood out. She was a captain for the cross country team the past two seasons.

“Reese is a true team player who is more concerned about the team’s performance and outcome than her own,” NorthWood girls cross country coach Mark Mikel said. “Reese has a way of being honest and direct with people without shaking them or talking down to them. … Reese’s leadership will be sorely missed by me as a coach and by her teammates. They respect her and apply all the qualities she possesses and models for the team.”

Barhydt wasn’t considering the National Guard growing up. Her younger brother, Riley, loves military trucks, though, so she was with him looking at the National Guard ones on display at the Elkhart County 4-H Fair a few years ago. That’s when someone from the Guard approached Barhydt, changing her life forever.

During her senior year, Barhydt would have one weekend a month where she would have to go do training with her cadre. Couple that with a busy cross country and track schedule, and staying on top of everything became stressful at times for the then-senior.

“Sometimes it gets a little hectic, but everyone seems to work with me pretty well about my scheduling,” Barhydt said. “If I would have a really important meet on a Saturday while I was also supposed to have drill weekends, then my cadre at drill would let me go to my race, then let me come late that day after we were done competing.”

Mikel said Barhydt will do great things for the National Guard.

“Reese’s work ethic is exactly what you want in someone who is defending our freedoms,” Mikel said. “She pays attention to detail and completes the task at hand with excellence.”

After she finishes AIT, Barhydt will return to the South Bend area to work in an infantry unit. She plans on working to become an officer, and intends to enroll in the ROTC program at Indiana University-South Bend. Along with her work in the Guard, she will be studying graphic design at IUSB.

“I’ve always loved art and I have a strong passion for it,” said Barhydt, who was in the art club at NorthWood.

As for her long-term plans, Barhydt is hopeful to stay in the National Guard long enough to earn a pension for retirement.

“As of right now, I want to be an officer and I also want to be a medic,” Barhydt said. “I just want to help as many people as I possibly can.”

Barhydt made sure to thank the many people who have helped her reach this point of her life.

“I would really like to thank my family for supporting me through this and letting me sign up to do this thing, even though it’s big and they’re worried about their little girl,” Barhydt said. “I want to thank my cross country coach (Mikel) for helping me grow into the woman that I am today. And I want to thank my cadre who’s gotten me to this point in my life where I can confidently go and train and know that everything’s going to work out the way that it should.

“I want to thank God for getting me here; He’s just been blessing me left and right with abilities and opportunities. And, I want to thank my teachers for also supporting me in my life as much as they have.”