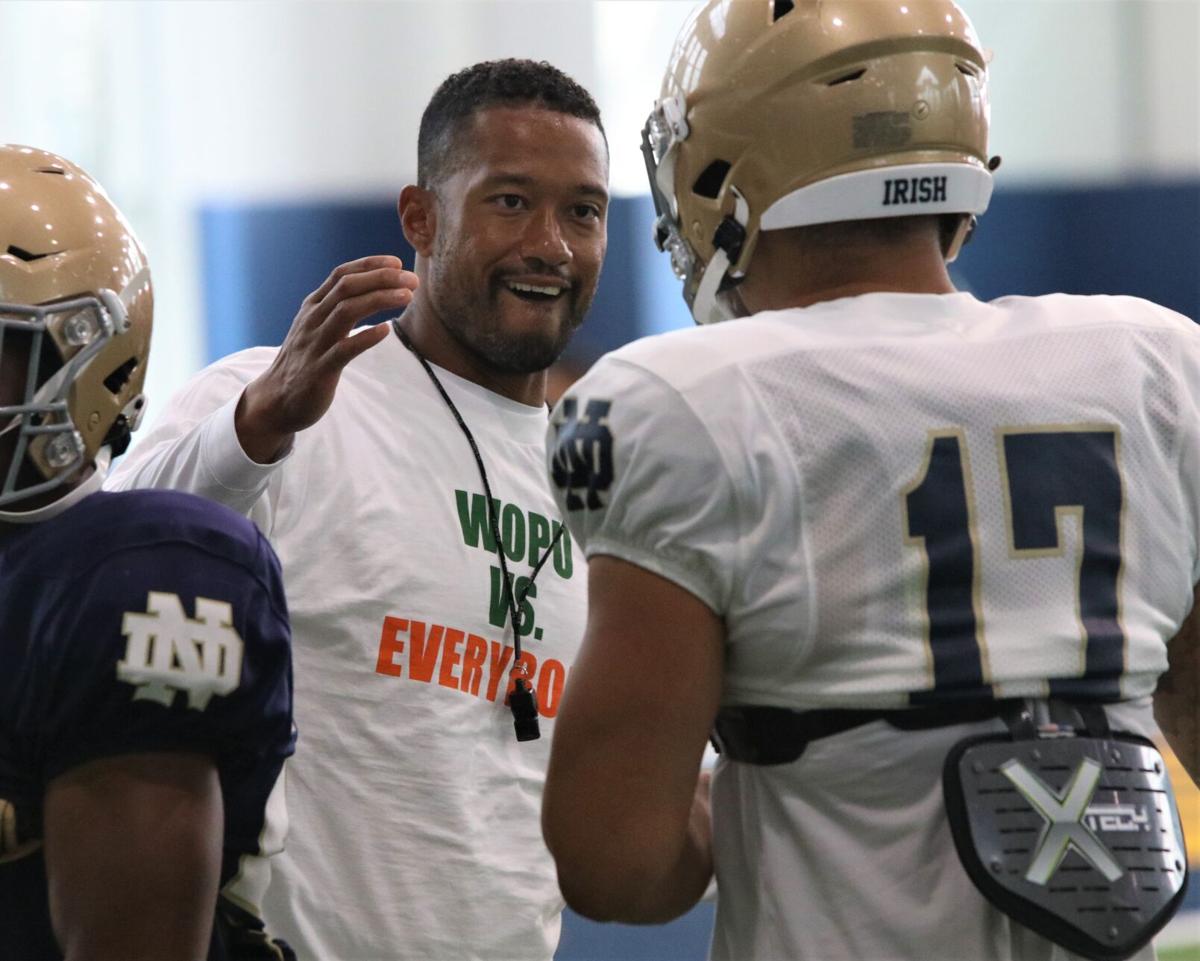 Notre Dame defensive coordinator Marcus Freeman meets with defensive end Jordan Botelho during an Aug. 17 practice at the Irish Athletics Center in South Bend. Multiple media reports Wednesday have said that Freeman will be the next head coach at Notre Dame. 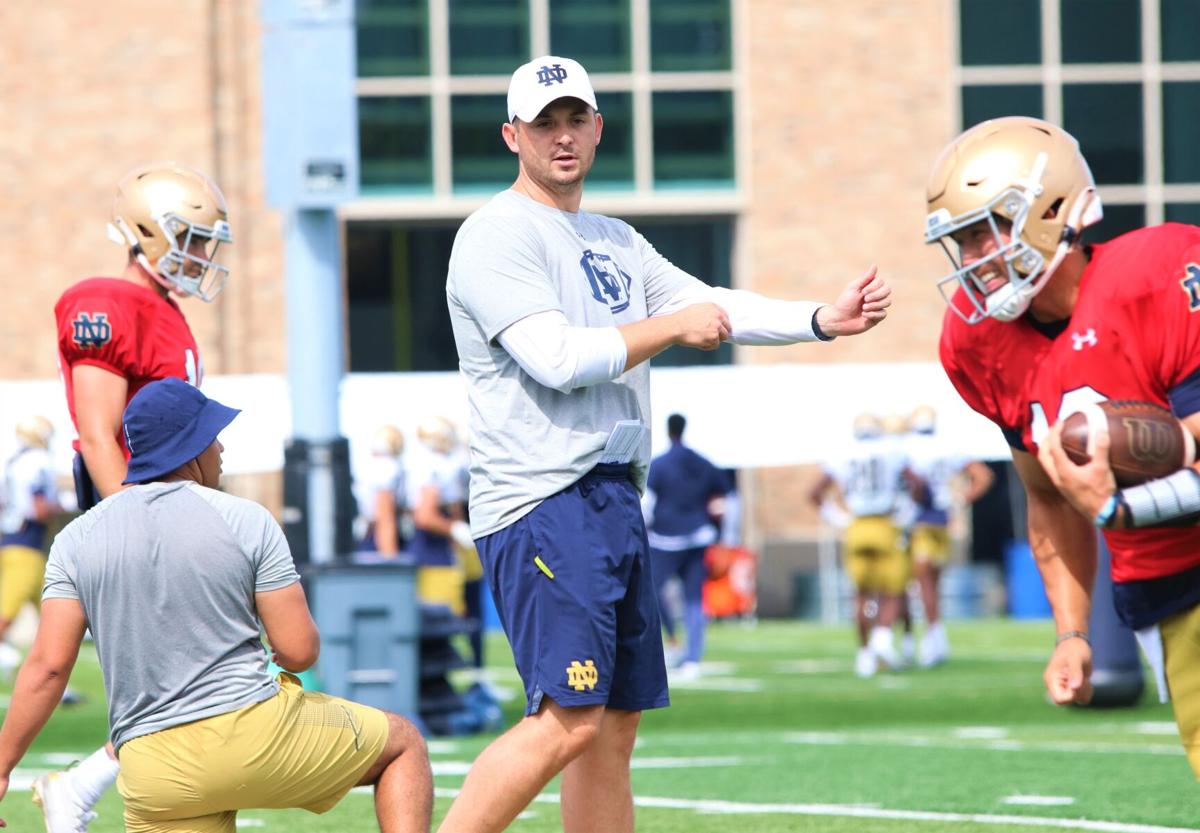 Notre Dame defensive coordinator Marcus Freeman meets with defensive end Jordan Botelho during an Aug. 17 practice at the Irish Athletics Center in South Bend. Multiple media reports Wednesday have said that Freeman will be the next head coach at Notre Dame.

Multiple media reports are indicating that Marcus Freeman will be the next head football coach at Notre Dame.

The news was first tweeted out by former walk-on Fighting Irish player Mick Assaf. Matt Zenitz of On3 Sports then confirmed Assaf’s tweet, with Football Scoop’s John Brice and The Athletic’s Bruce Feldman shortly confirming the reports as well.

The news of Freeman’s hiring comes less than 48 hours after Notre Dame Athletic Director Jack Swarbrick told reporters that there was no timetable on a new coach being hired and that no interim head coach would be announced after Brian Kelly left the Fighting Irish to take the LSU job early Tuesday morning.

Once Kelly was officially left, there was near-universal support from current players, former players and incoming recruits to promote Freeman to the head coach position. Freeman was linked to numerous head coaching jobs following the 2020 season before ultimately taking the coordinator role with Notre Dame.

No official announcement has yet been made on Freeman’s hiring.

Offensive coordinator Tommy Rees will be staying at Notre Dame, regardless of who the next coach is. After there were many reports of Kelly trying to bring both Freeman and Rees with him to his staff at LSU, it appears both coordinators will be staying with the Fighting Irish.

While Freeman’s promotion isn’t confirmed, Notre Dame tweeted out a video Wednesday night that featured Rees addressing the team, stating his intent to stay with the program.

Notre Dame social media pages also confirmed Tuesday night that head strength and conditioning coach Matt Balis will be staying with the program. Tom Loy of 247Sports reported Wednesday night that tight ends coach John McNulty will also be staying at Notre Dame, meaning virtually all of Kelly’s staff will be around for the upcoming bowl game and 2022 season.

This story will be updated once news on Freeman’s hiring becomes official.