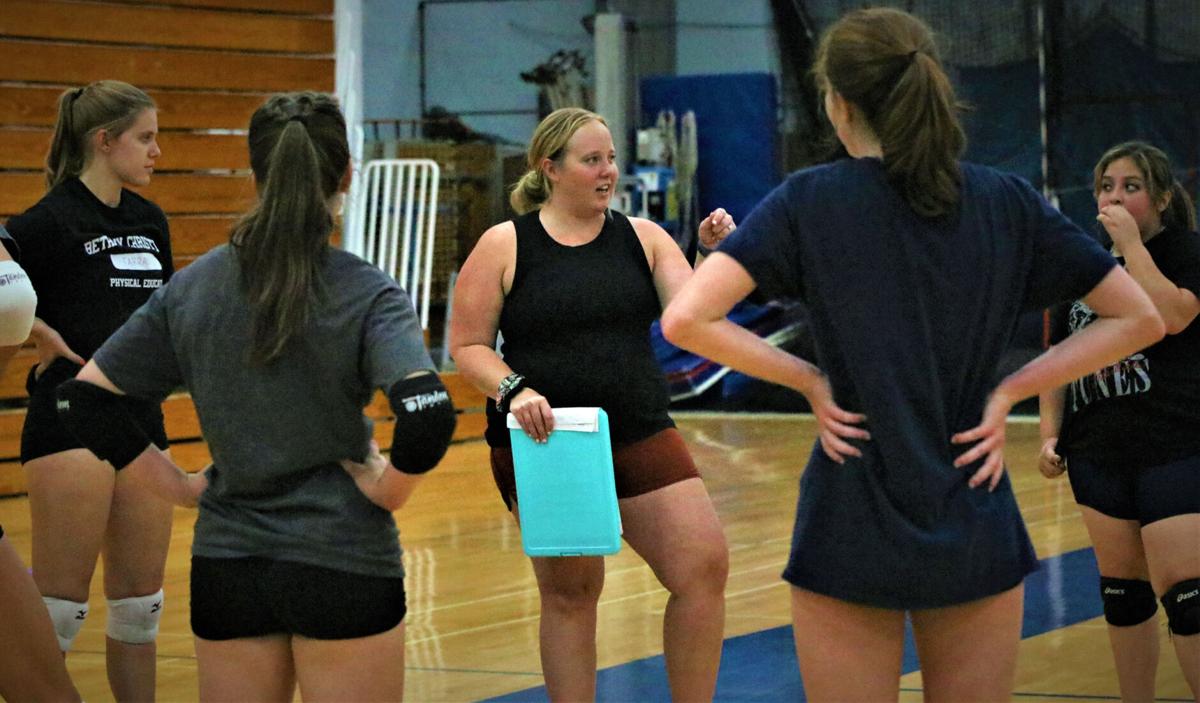 Bethany Christian volleyball coach Alli Hawkins-Stiffney, center, talks with her players after finishing up practice on Wednesday in Goshen. Hawkins-Stiffney was hired in January to replace the retiring Lois Mast. 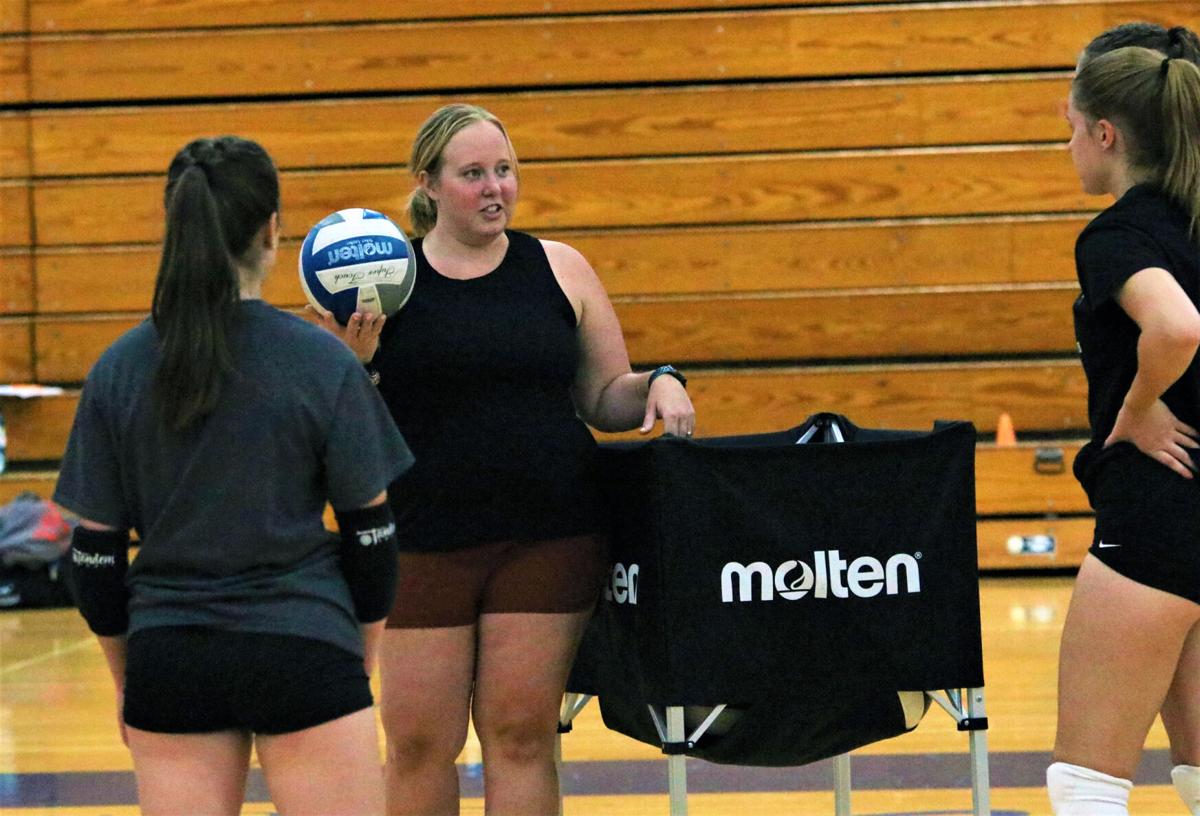 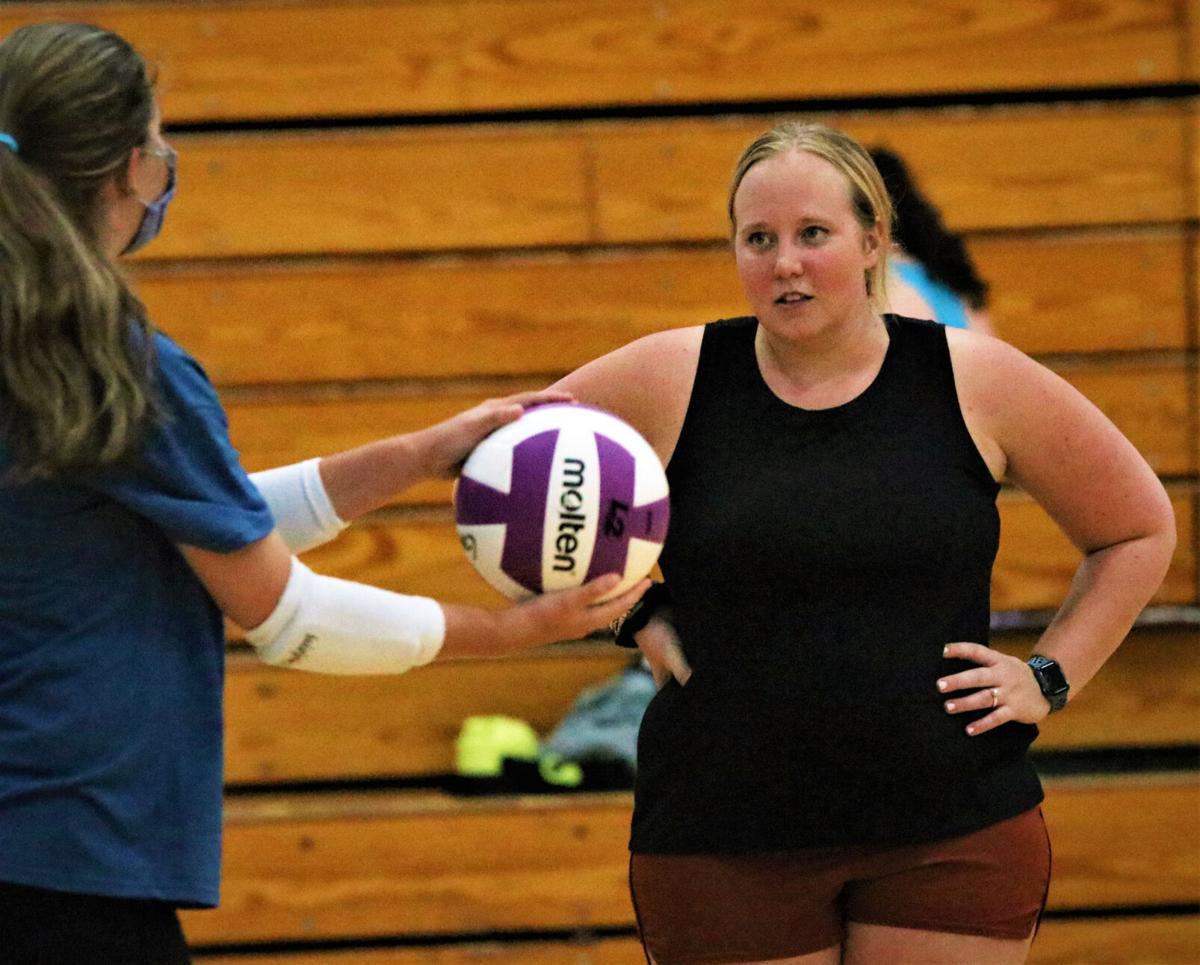 Bethany Christian volleyball coach Alli Hawkins-Stiffney, center, talks with her players after finishing up practice on Wednesday in Goshen. Hawkins-Stiffney was hired in January to replace the retiring Lois Mast.

GOSHEN — It’s not always easy replacing a program pioneer, but that’s exactly what new Bethany Christian volleyball head coach Alli Hawkins-Stiffney will be tasked with doing in her first season this fall.

Hawkins-Stiffney was named the new head coach of the Bruins in January after former coach Lois Mast — who accumulated 285 wins and 13 winning records in 18 seasons — announced her decision to retire last November.

“I just want to continue on her legacy,” said Hawkins-Stiffney of Mast. “She has built such a solid program at such a small school. A lot of times, sports can struggle (at small schools) because either we’re sharing players or there’s just a limited amount of people. But (Mast) has always had a sustainable program. Girls were always coming out for the sport, and I’m excited to continue that on myself.”

Bethany Christian Athletic Director Gary Chupp said in a statement in January that, “Alli has been instrumental in our volleyball program for many years, both as an outstanding setter in her playing days, and the last couple of years serving as the JV coach. Her passion for both volleyball and BCS will be contagious as she looks to continue to build on the outstanding legacy left behind by Lois Mast.”

Hawkins-Stiffney is a Bethany graduate and played all four seasons on varsity under Mast from 2003 to 2006. As a two-year captain, she left her mark with the Bruins, still holding the records for most-career service aces and second-most career assists. Soon after finishing her collegiate career at Goshen College, she became a varsity assistant for Mast in 2011 and most recently was the junior varsity head coach the last three years.

“Lois has always been such a huge draw,” said Hawkins-Stiffney when asked about her interest in coaching. “She’s just such a good coach, so she’s always put that desire in me to return to coaching. It was awesome to have a chance to coach under her. … It’s definitely a little intimidating (to take over for Mast), but I think it helps that I already have good relationships with the girls from previous seasons.”

While Mast did a great job of solidifying the foundation, Hawkins-Stiffney wants to build her own culture within the program, and that’s what a lot of her first year at the helm will be about.

“(Mast) taught me so much, so I think it’s just embedded in who I am and in my coaching philosophy,” she said. “But I’m excited to bring a new energy and a new voice to this team. … I want to build the culture around what we expect in the gym and on the court. I think laying that ground work early really helps to build that culture, so that’s what I’m trying to do right off the bat.”

That new culture and foundation has already started materializing this summer behind open gyms, practices and league play with other local teams over at Goshen College.

The Bruins lost talented seniors in Sadie Brenneman, Mia Reinhardt and Maddie Chupp, but a solid group of rising juniors and seniors — along with a nucleus of younger talent — has Hawkins-Stiffney excited for the 2021 season.

“We lost a really good group of seniors, but I think we have a lot of potential,” she said. “We have a lot of room to grow, and my rising seniors have so much leadership potential, and I’m excited to see them grow in those areas. We have strong hitters. Bailey Brown is one of our middles, and she’s been showing so much growth already this summer with what she’s worked on. We have Annika Nice back running our offense, so it’s nice to have her back for consistency. It’s exciting to think about what could happen (this fall).”

Hawkins-Stiffney has already left her footprint on the BCS volleyball program, but now — along with her two assistant coaches and former Bruins players Abbi Hawkins and Jes Buller — she’ll try to create her own legacy as the leader of Bethany Bruins volleyball.

“I’m just so excited to get started with these girls,” she said. “I feel like I learned so much from high school athletics. Giving them the opportunity to learn not only about volleyball but about life skills is what excites me the most about this position.”