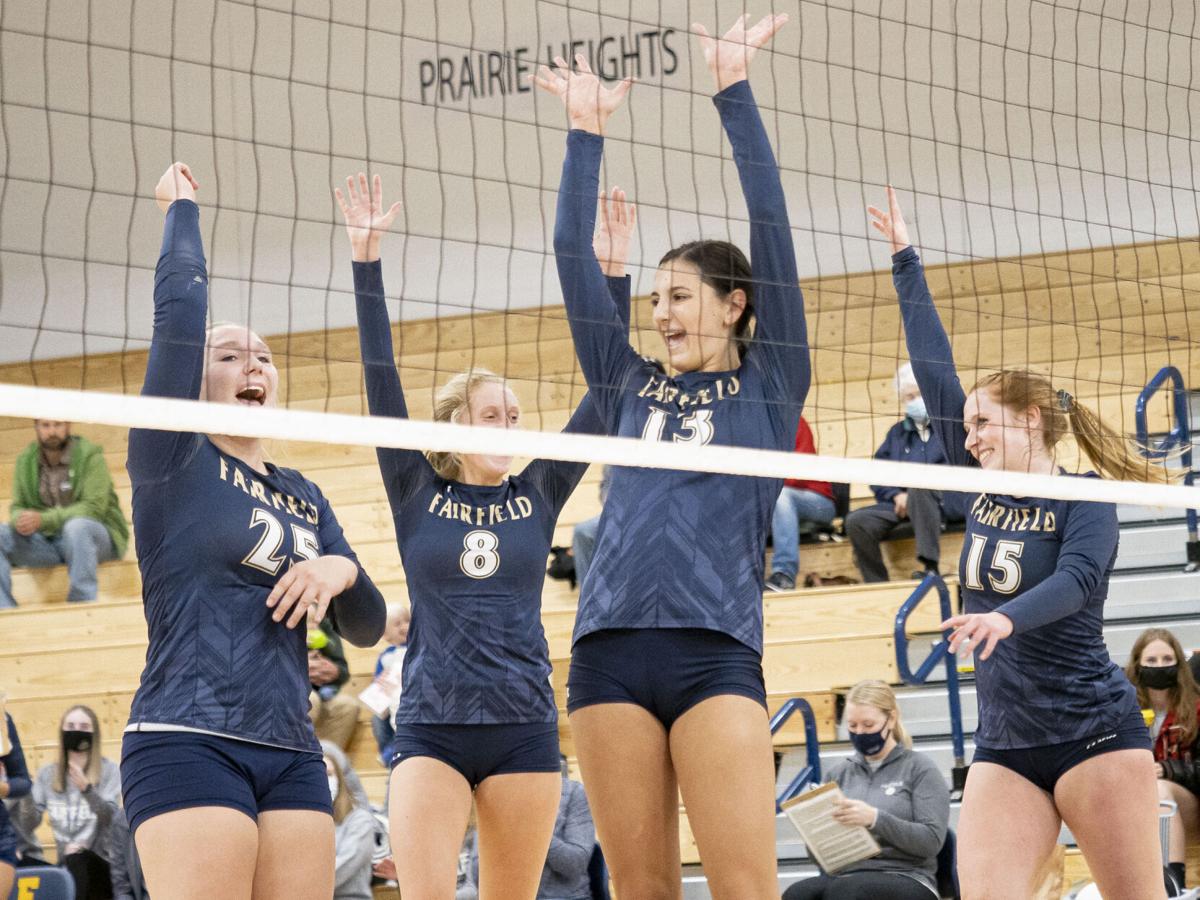 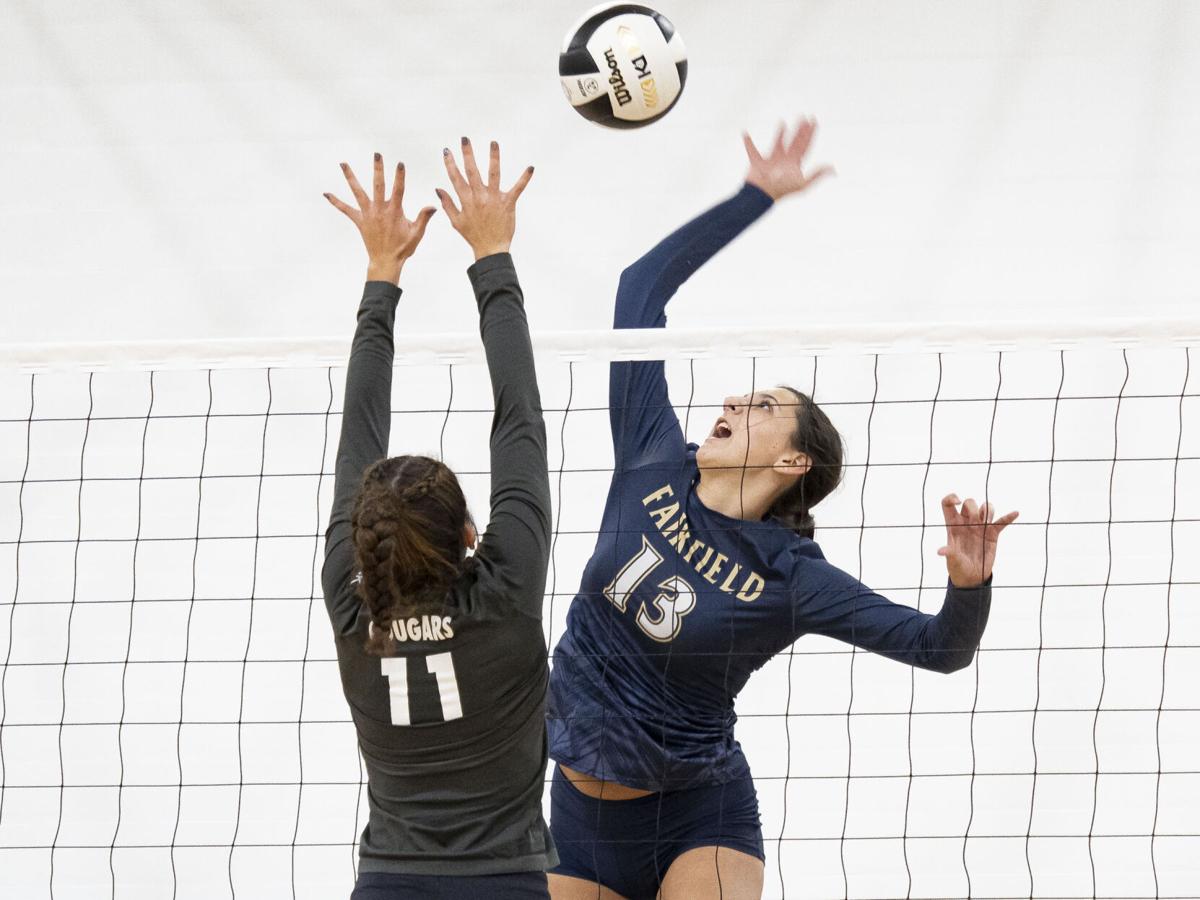 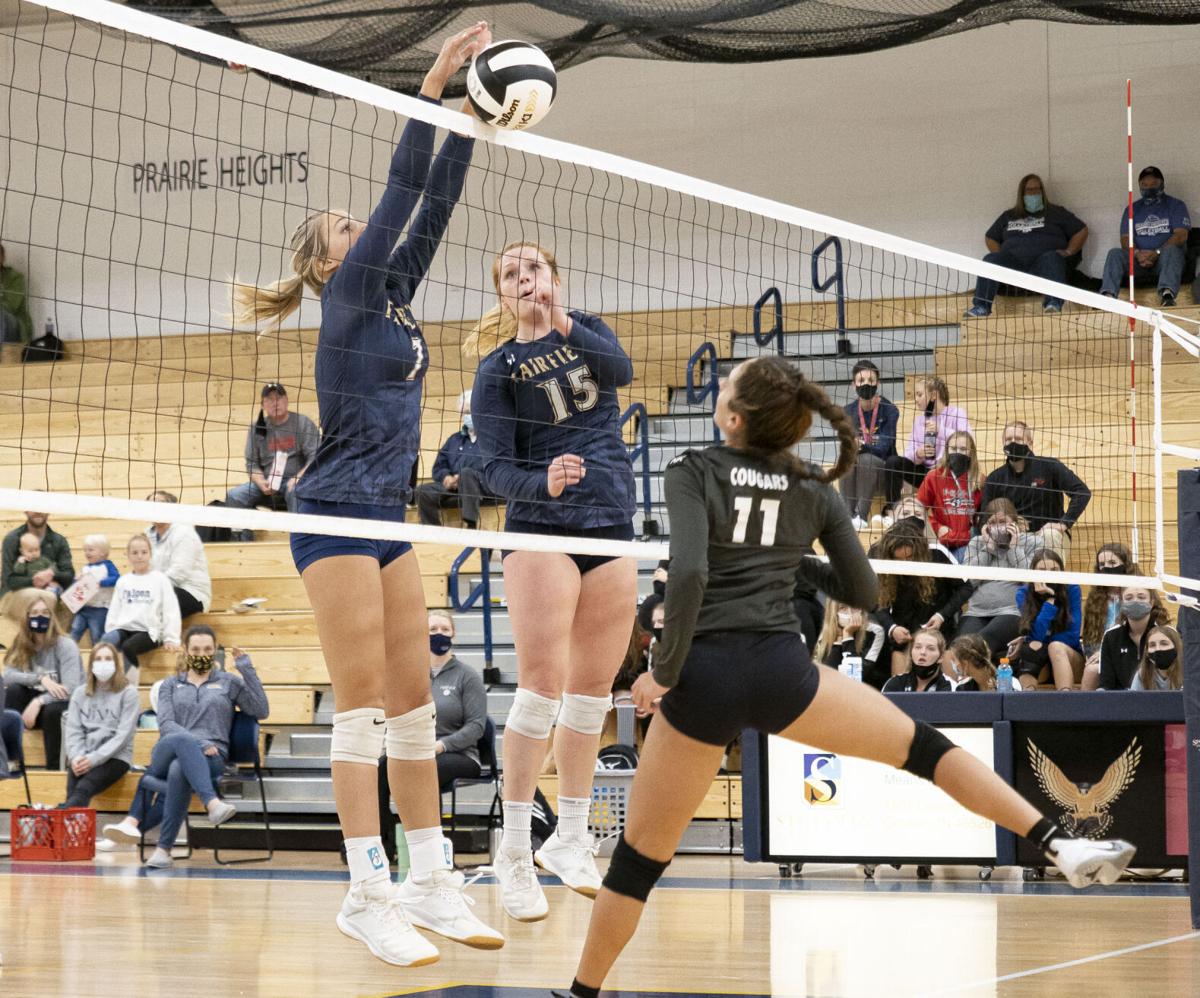 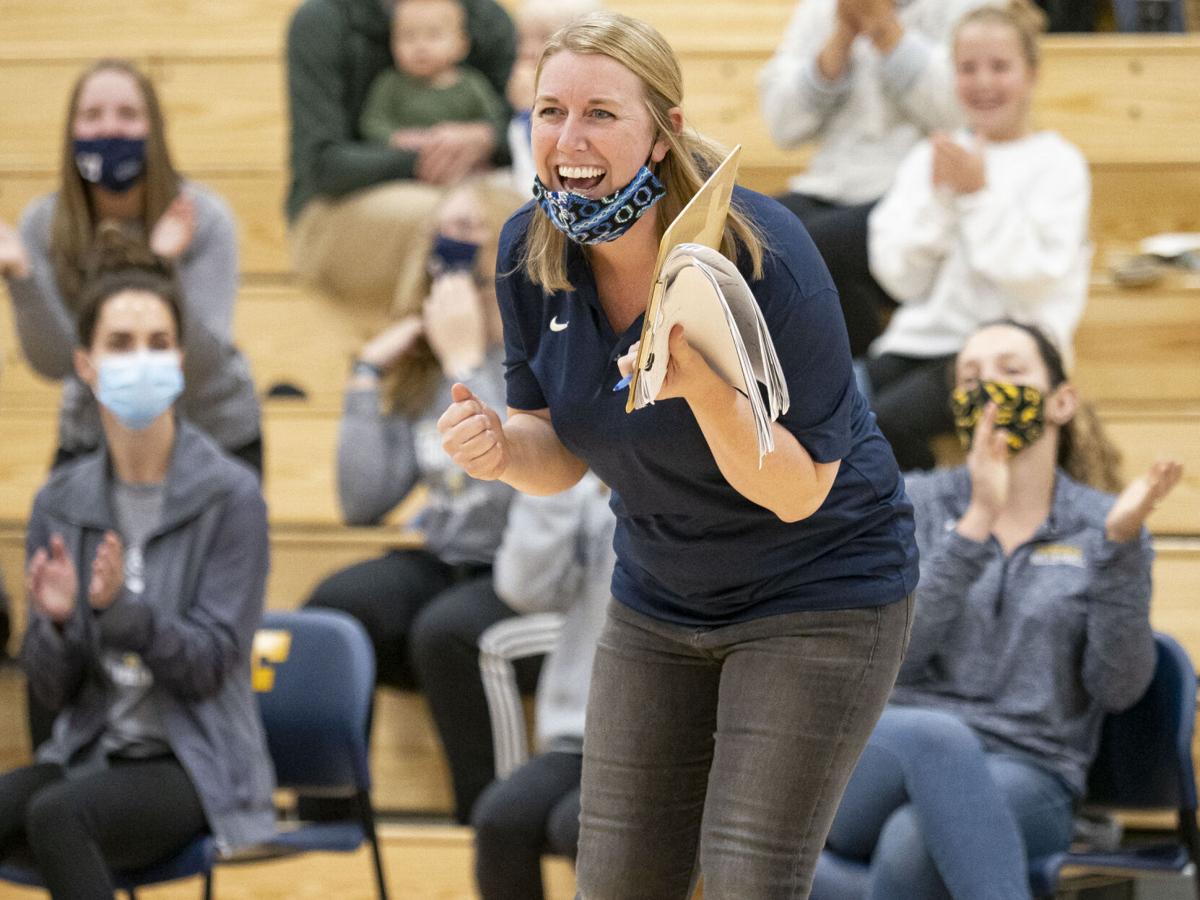 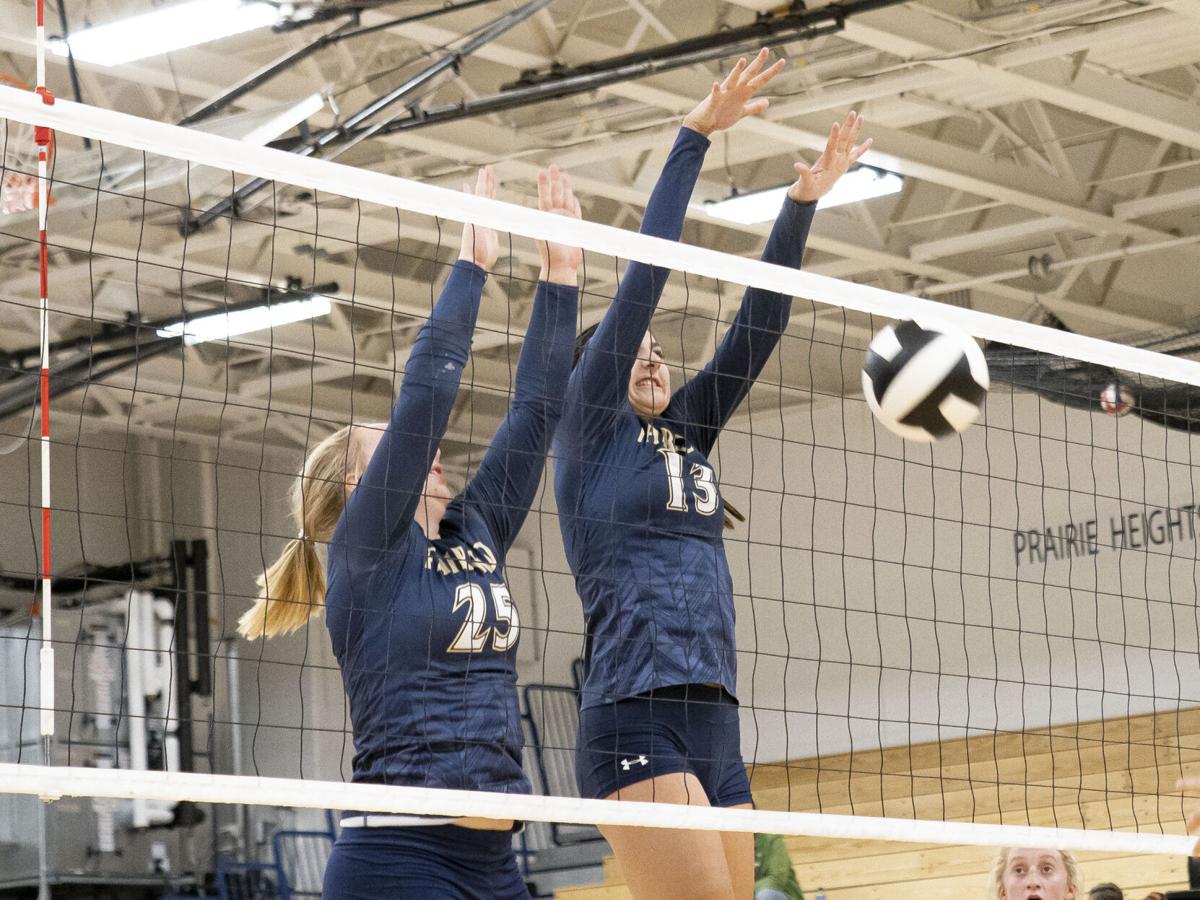 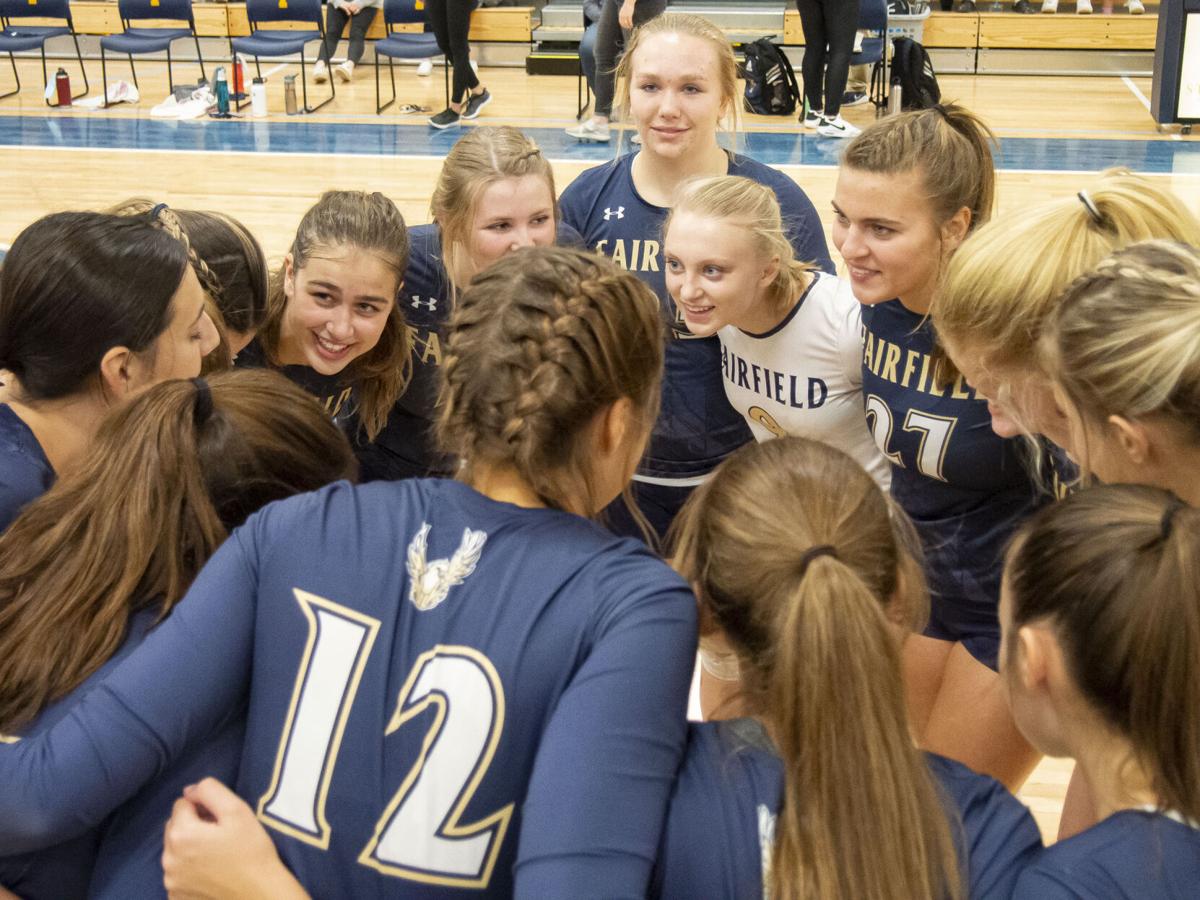 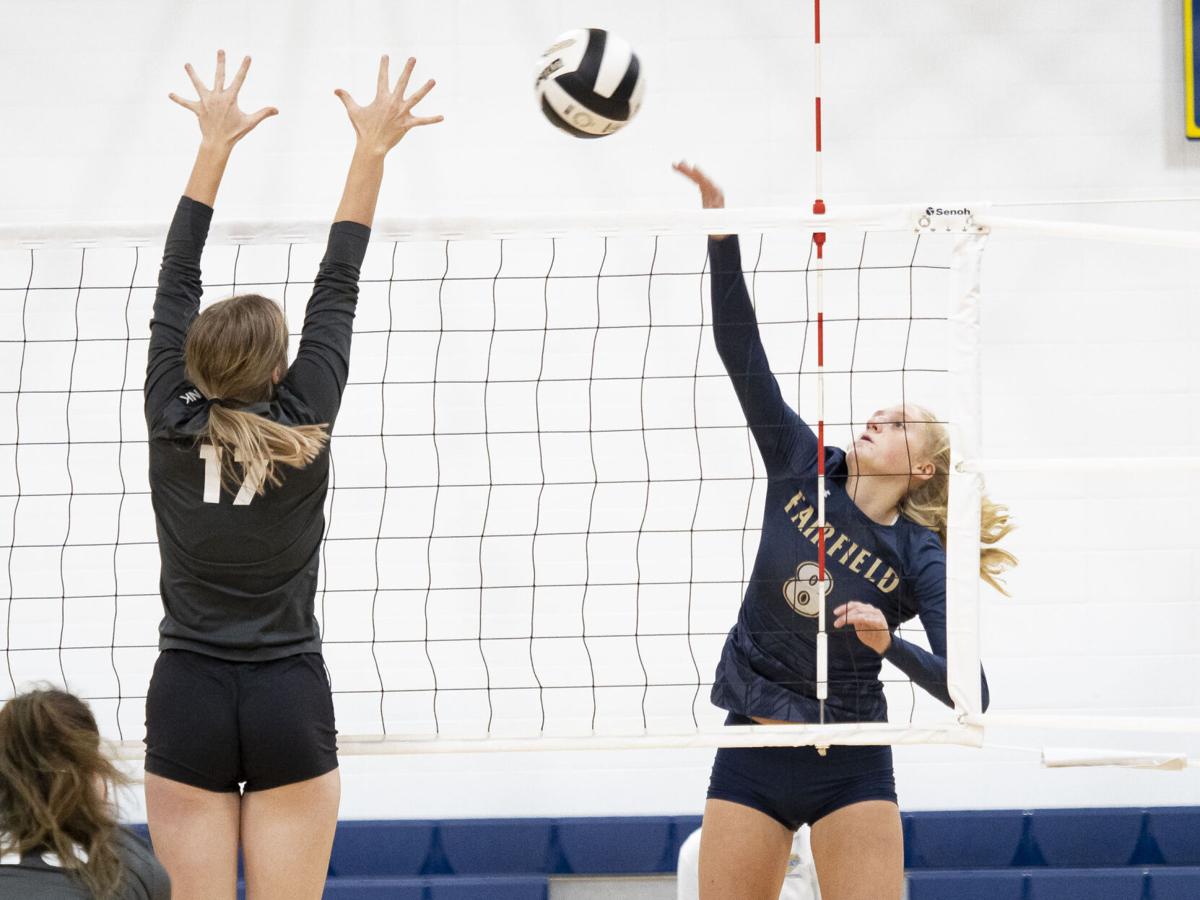 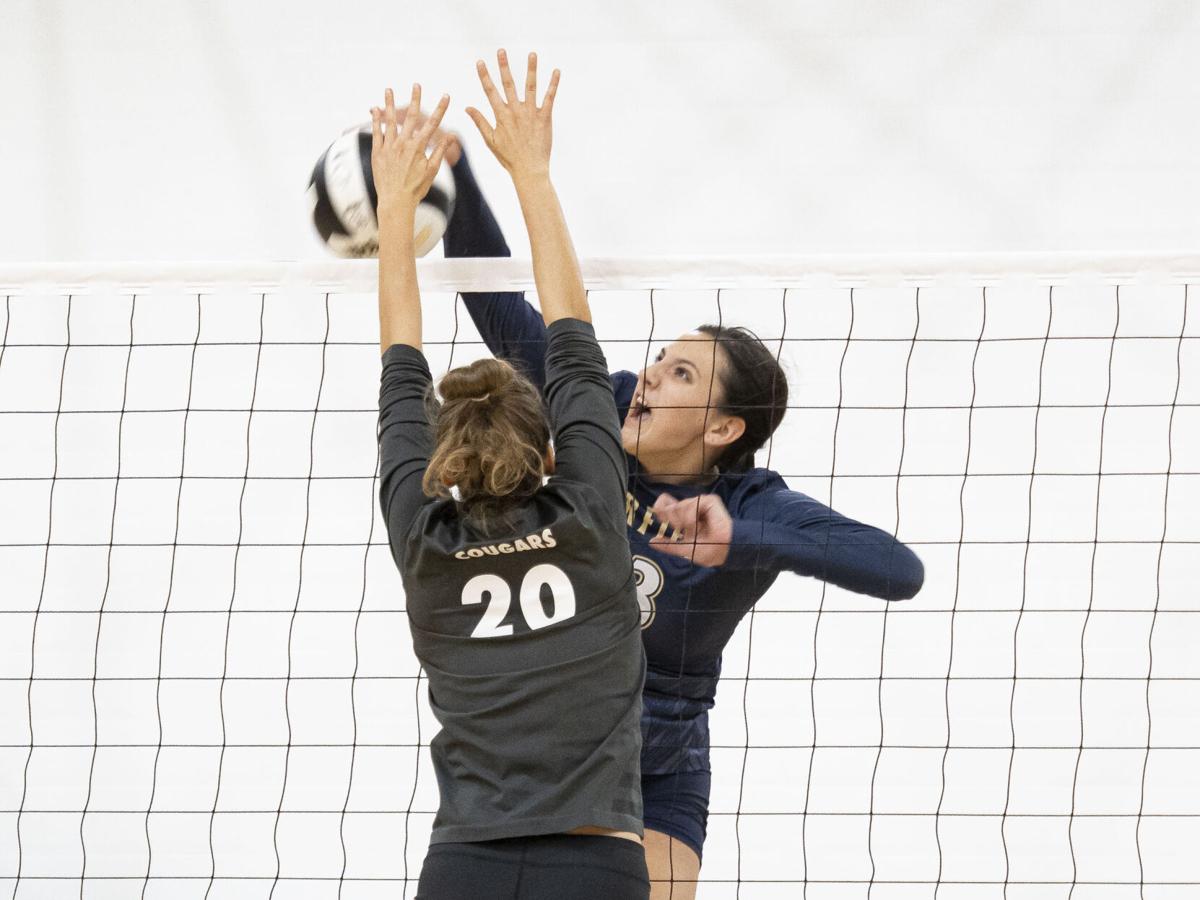 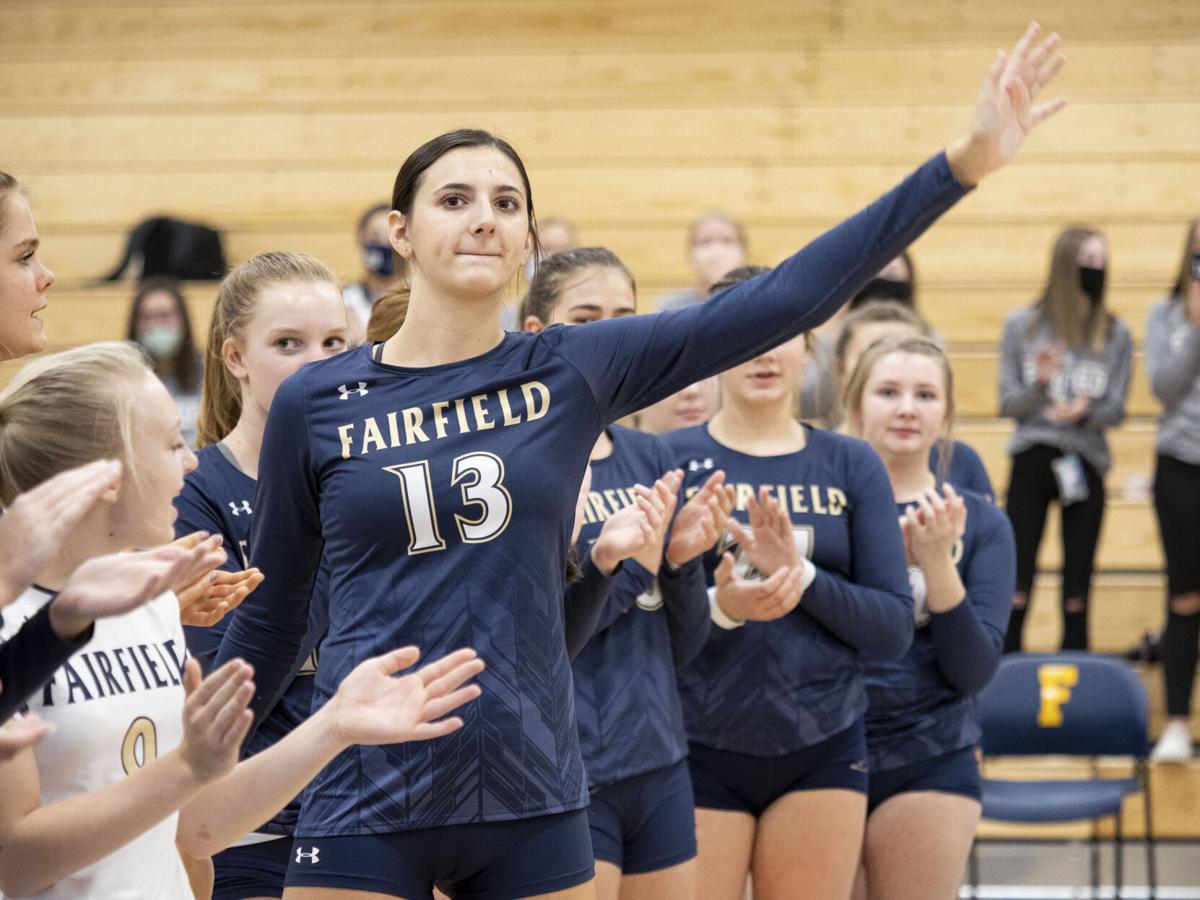 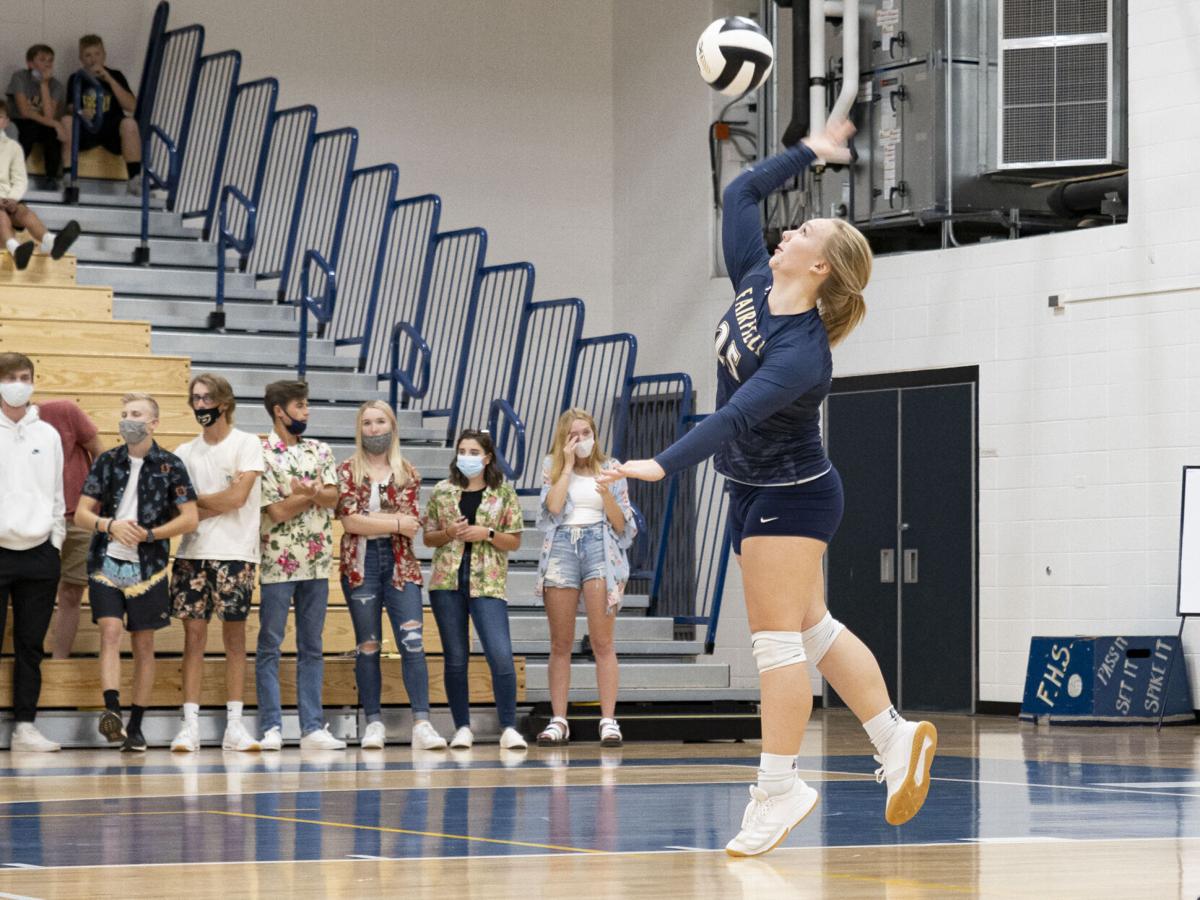 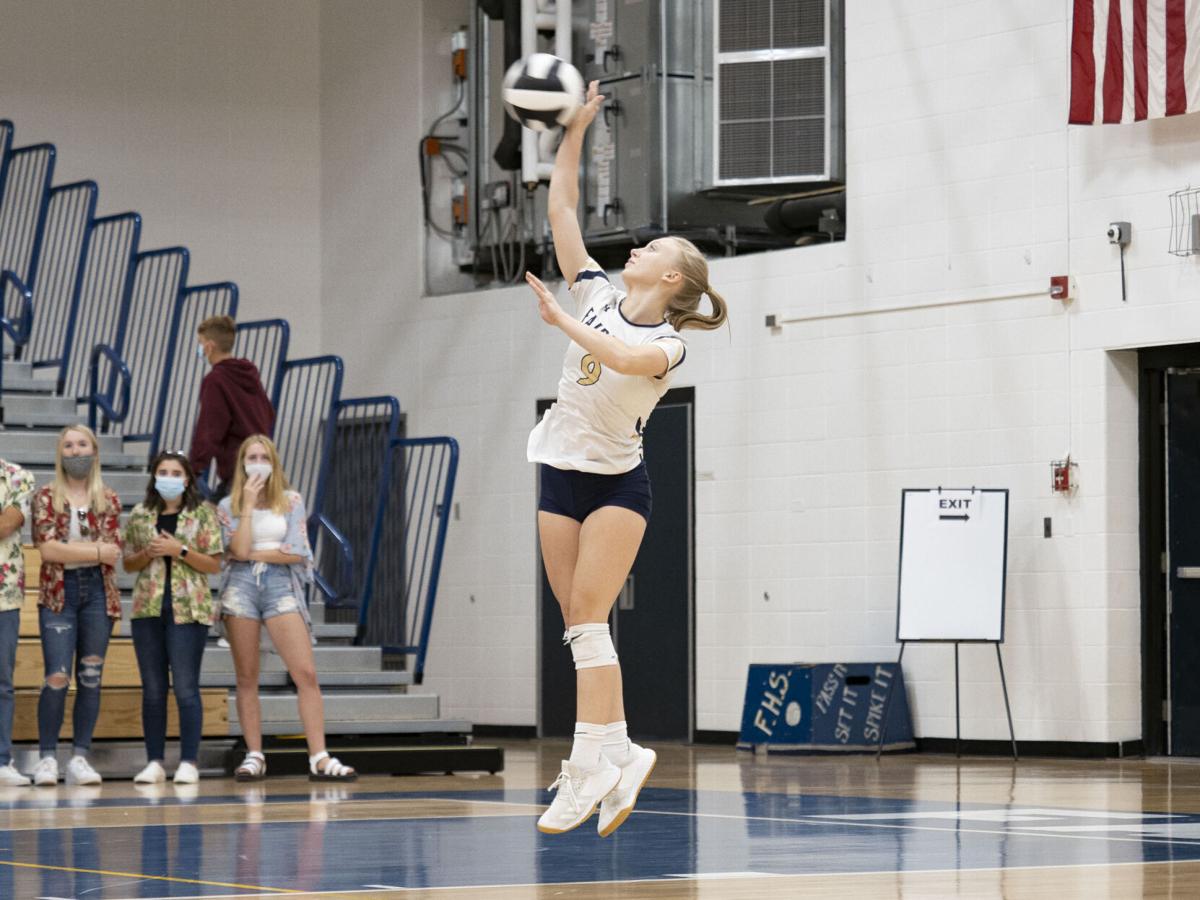 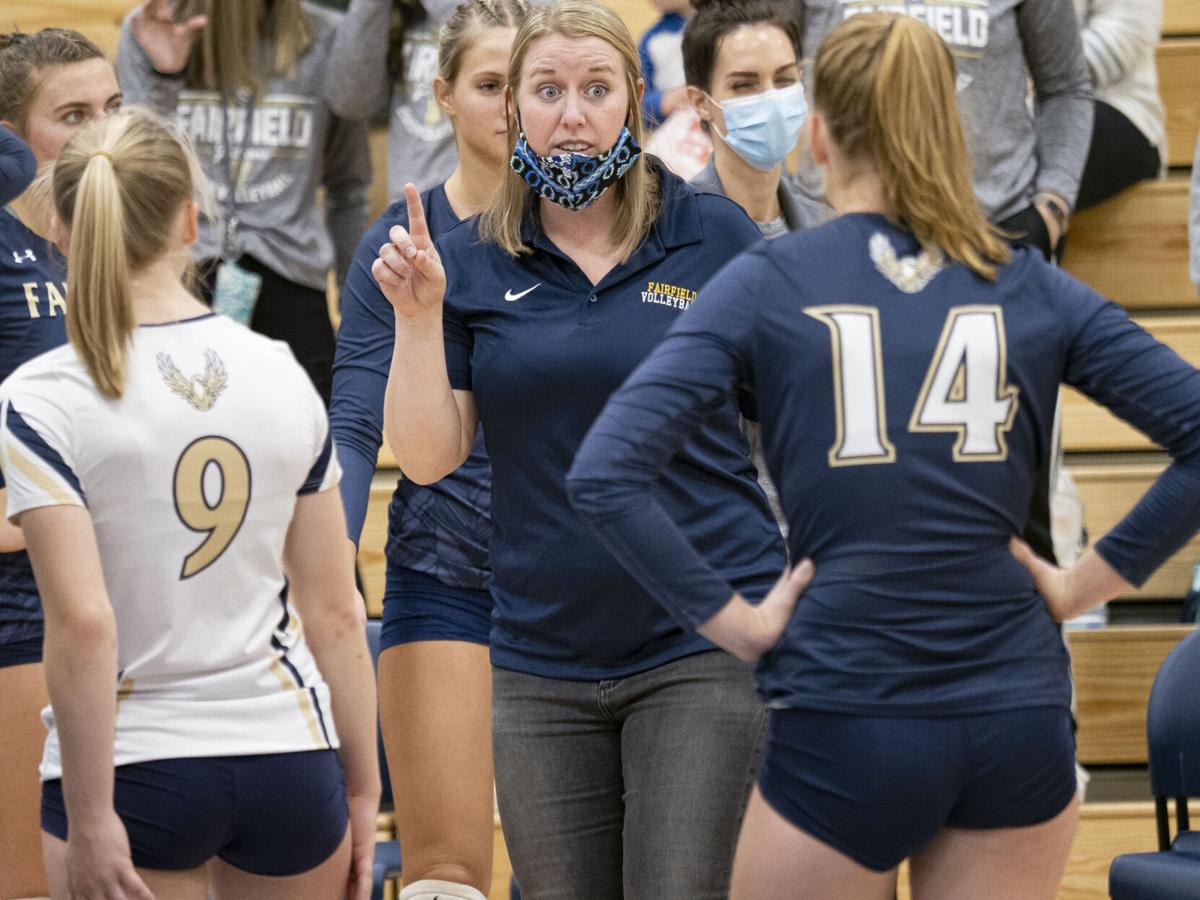 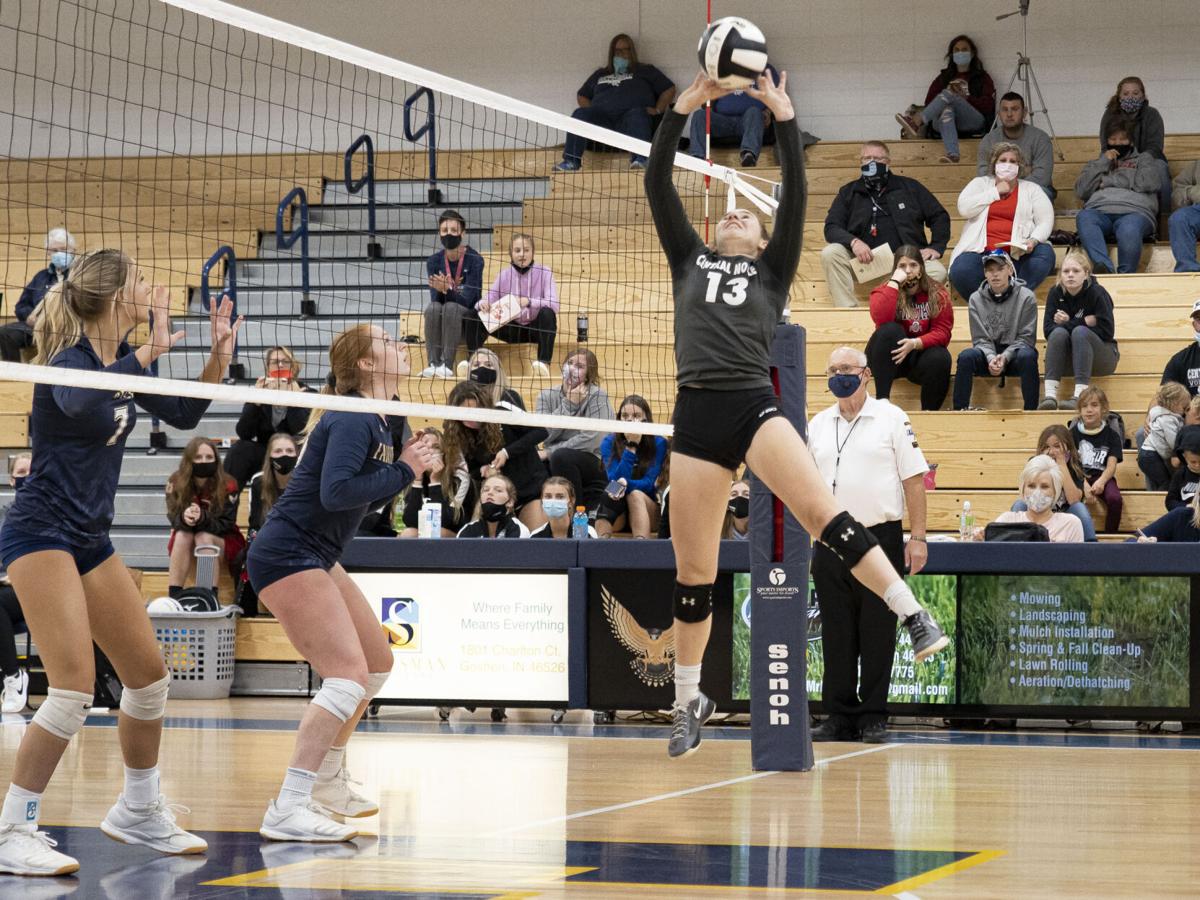 BENTON — Volleyball fans were treated to the “Relentless” Central Noble Cougars against the “Firepower” of the Fairfield Falcons in the first round of the Class 2A Fairfield Sectional on Thursday.

“We do have firepower,” said Falcons coach Brittany Herschberger. “I also think we have pretty good defense.”

Senior Kayla Miller (15), senior Madisyn Steele (11), sophomore Brea Garber (7) led Fairfield in kills while Miller (18), sophomore Morgan Gawthrop (16) and junior Kate McGuire (13) paced the squad in digs and Steele (6) and Garber 4 guided the victors in blocks in the second meeting of 2020 against the Cougars.

“Central Noble is incredible defensively,” said Herschberger. “They cover well. They’re very scrappy. They do not give up on anything. They’re very tenacious. We needed firepower tonight.

“If fact, after we played them the first time, we said we need to be more like them on defense. I think we did that tonight.”

While the Cougars were not able to put up the same kind of block as the Falcons, Central Noble were led in blocks by seniors Lydia Andrews (19), Bridgette Gray (11) and Amber Spencer (11).

“There were some great rallies,” said Cougars coach Laura Scott, whose team adopted “Relentless” as their season motto. “Both teams played really hard.

Game 1 saw the ball played over rafters and off speakers. Fairfield went on an 11-3 run to forge the biggest differential in the opening game.

Of the final six points for Fairfield, two came on kills by Steele, one on a kill by Miller and the game ended with a Steele service ace.

The Falcons were dominant in Game 3, taking an 11-3 advantage. The game and match ended with a change-of-pace kill by Sydney Stutzman, who also finished the night with 34 assists and two aces.

Besides Andrews, Gray and Spencer, five others from the Central Noble Class of 2021 — Jenica Berkes (career leader in aces and assists), Macy Coney, Casey Hunter, Rachel Imhof and Emma Marker — took the court Thursday for the Cougars.

Fairfield’s path to the postseason included a late start to the season with teams in Elkhart County being required to wait because of the COVID-19 pandemic and then there was a shutdown during the season. The Falcons stacked matches at the end of the season and played against tough foes such as LaPorte and Fort Wayne Dwenger.

“It makes us better for the end of the year,” said Herschberger.

For COVID-19 precautions, everyone in attendance Thursday was required to wear a face covering and the gym was cleared and sterilized between matches.