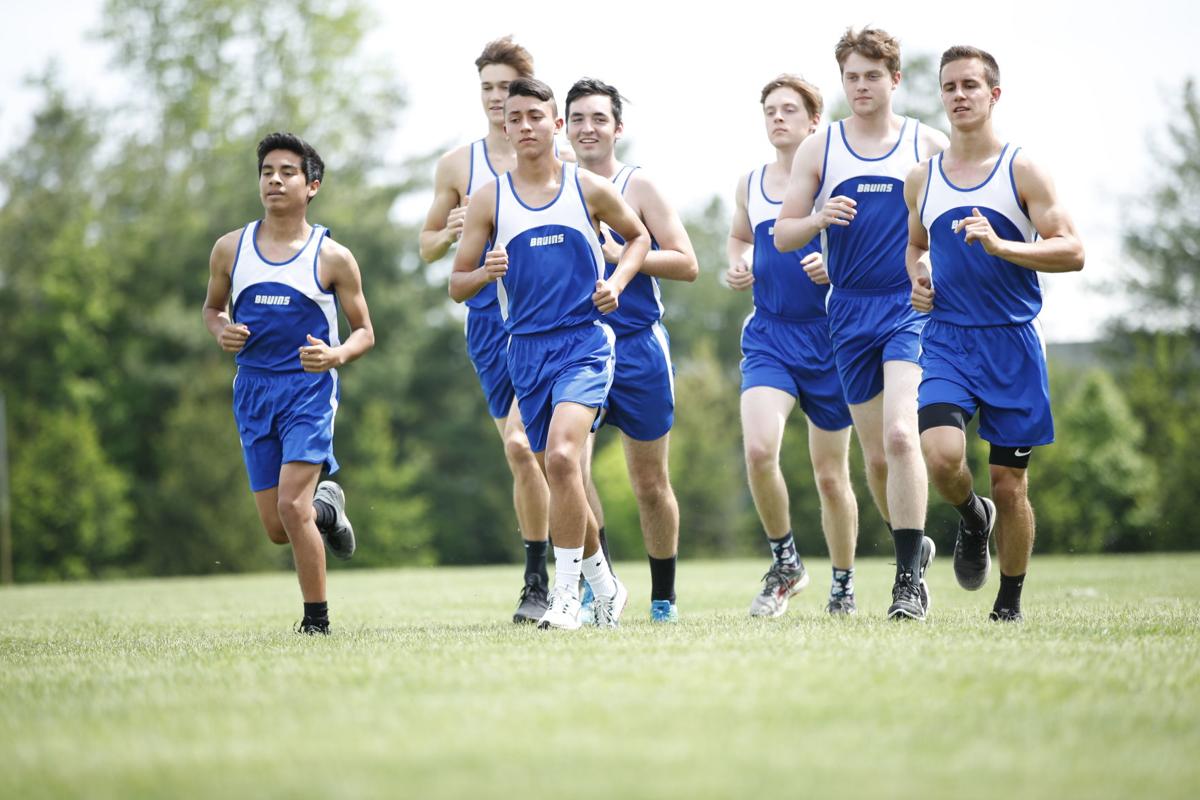 Members of the Bethany Christian High School boys cross country team are shown preparing for a meet. Coach Benjamin Hurst is confident a cross country season this fall can happen, but thinks managing social distancing at bigger invitationals will be a challenge. 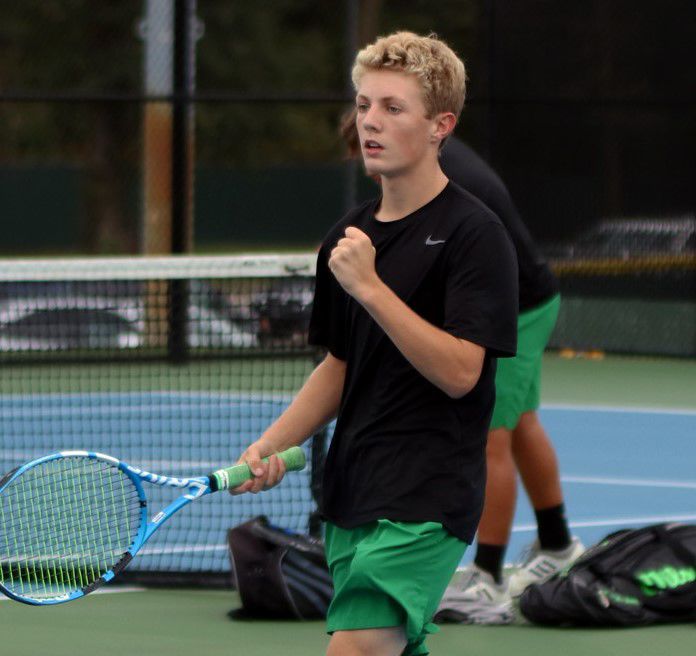 Concord sophomore Mitchell Whitehead pumps his fist during his 6-2, 6-1 victory at No. 2 singles against Northridge in the IHSAA boys tennis sectional 37 finals in this Oct. 3, 2019 file photo at Concord High School in Dunlap.

Members of the Bethany Christian High School boys cross country team are shown preparing for a meet. Coach Benjamin Hurst is confident a cross country season this fall can happen, but thinks managing social distancing at bigger invitationals will be a challenge.

Concord sophomore Mitchell Whitehead pumps his fist during his 6-2, 6-1 victory at No. 2 singles against Northridge in the IHSAA boys tennis sectional 37 finals in this Oct. 3, 2019 file photo at Concord High School in Dunlap.

As the state of the high school sports season this fall in Indiana remains in flux, some sports have been able to proceed almost without a hitch.

Girls golf, boys and girls cross country, and boys tennis are three sports this fall that have been able to practice for most of the summer. While some coronavirus-related health measures have been put in place, the less direct physical contact of the sports has allowed athletes to prepare almost as if there wasn’t a global pandemic happening.

“Those that are out there are doing their normal summer things,” Concord girls golf coach Tara Boessler said. “They’re taking lessons with their swing coaches, they’re doing tournaments; those things are all normal.”

Lakeland senior golfer Madison Keil has benefited from her sport being able to be played all summer.

“If anything, I’ve been practicing more because, in the spring, I had just the online learning,” Keil said. “After that was done, I could go out on the course. That was pretty nice.”

For golf this summer, there have been some COVID-19 restrictions. Flagsticks had to remain in the holes, rakes weren’t allowed to be used in the sand pits and tournaments have avoided using shotgun starts to avoid crowding on the course.

The first formal IHSAA practices are scheduled for July 31, but coaches have been able to have in-person contact with their players since July 6. While he’s not concerned about being able to play the sport, West Noble girls golf coach Randy Younce is worried about the procedures before and after rounds.

“I think we’ll have to change some things,” Younce said. “We’ll have to change the way we do scores; maybe do them one at a time and outside. We’ll probably have to be careful when we first get there and get them together to go through the rules. We’ll do everything we can to be safe.”

Training for the cross country season has been easy, according to Bethany Christian boys and girls cross country coach Benjamin Hurst.

“We do a lot of independent running where the kids get together on their own,” Hurst said. “So, it hasn’t felt too bad. I have a lot of self-motivated kids who are getting their mileage in.”

Cross country is a sport that would seem to do well with social distancing, but it could be tricky with some of the bigger invitationals. With hundreds of kids lining up and starting the race in the same place, trying to keep everyone socially distanced in that situation is impossible.

Likewise, with the end of the race, multiple runners converge at the finish line at times, creating big groups of runners. With all of them sweating and breathing heavily, a person being able to transmit COVID-19 to someone is higher.

That is just one of the things Hurst and the rest of the cross country coaches have to consider if a cross country season happens this fall.

“I feel we are in a good spot compared to other sports where there’s a lot more contact,” Hurst said. “I feel like we’re set up well, but we’re one of the bigger organisms of the IHSAA. We will do what is directed of us.”

“The only way tennis is not going to happen is if they shut down every sport,” Denton said.

Denton said most of his players have been able to play this summer, whether it be outside at parks or taking lessons at the various tennis clubs in the area.

As far as health guidelines go, Denton said kids are being encouraged to use hand sanitizer before and after using equipment, such as the ball hopper. They can’t clean off the tennis balls, however, because that’ll make them wet.

Like golf and cross country, more of the COVID-19 concerns with tennis come from pre- and- post-match routines. Things like the pre-match introductions may be scrapped this year for fear of spreading the virus. And instead of handshakes following a match, players will be encouraged to tap their tennis rackets instead.

While his players have been playing with minimal restrictions, Denton has stressed to them to take this virus seriously.

“They’re out there thinking it’s a bad cold,” Denton said. “Well, I said, ‘Yeah, but that bad cold can cost us the season.’ So, I told them they have to be careful.”

As of now, the first date for organized IHSAA girls golf competition is Aug. 3, with cross country and boys tennis on Aug. 15. Everyone is cautiously optimistic that their seasons will be played this fall.

“I really have my fingers crossed, and I’m sure every other fall sports athlete does, too, that they let us play,” Keil said. “Even if they say golf, tennis and cross country can play, that would be awesome, too, but I don’t know how realistic that is of happening.”