Single-dose vaccine tested as US experts say no corners cut 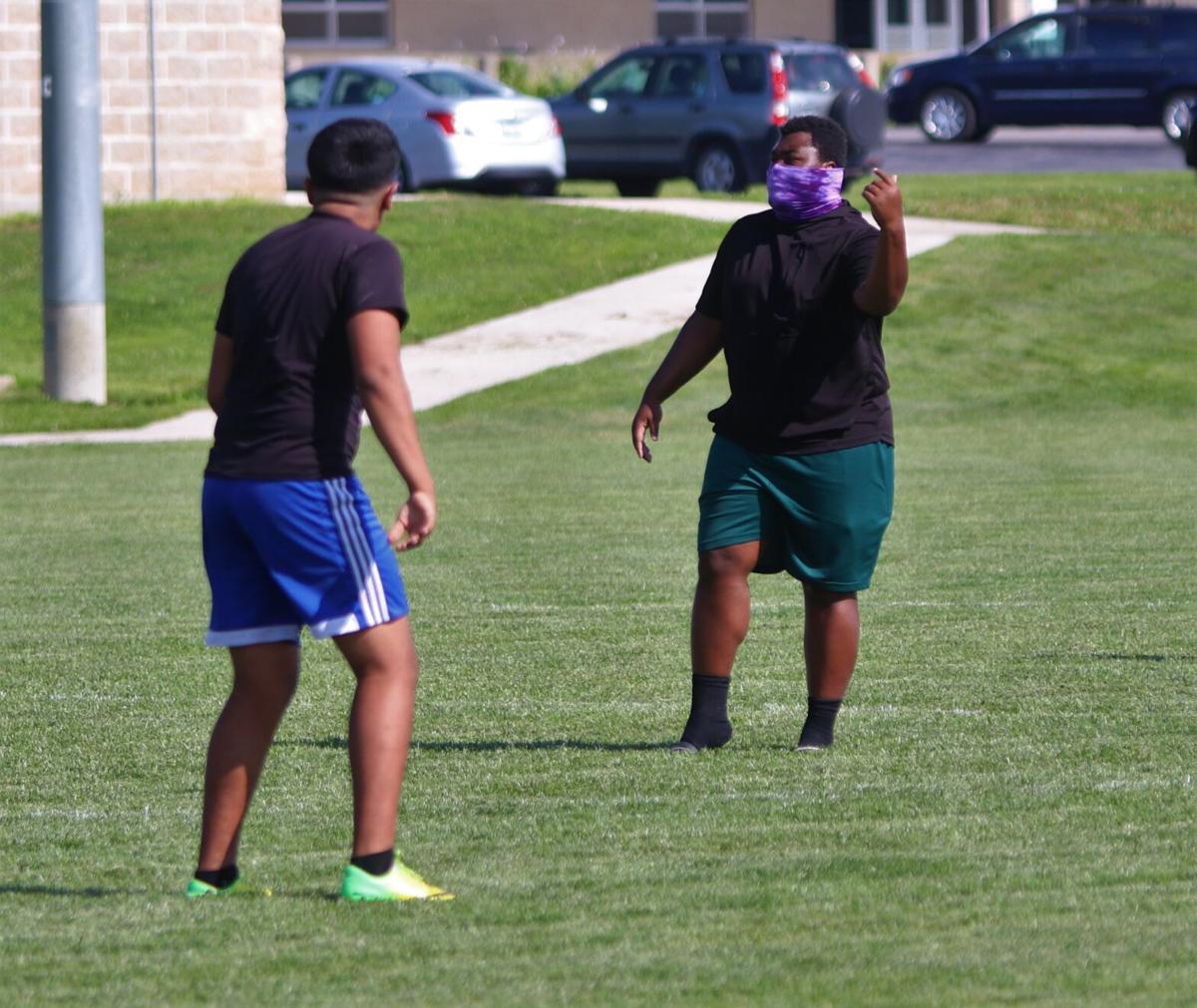 Lincoln McDonald, right, is the new boys soccer coach at Lakeland High School. He’s only been the coach for three weeks, adjusting to becoming a head coach during the coronavirus pandemic on the fly. 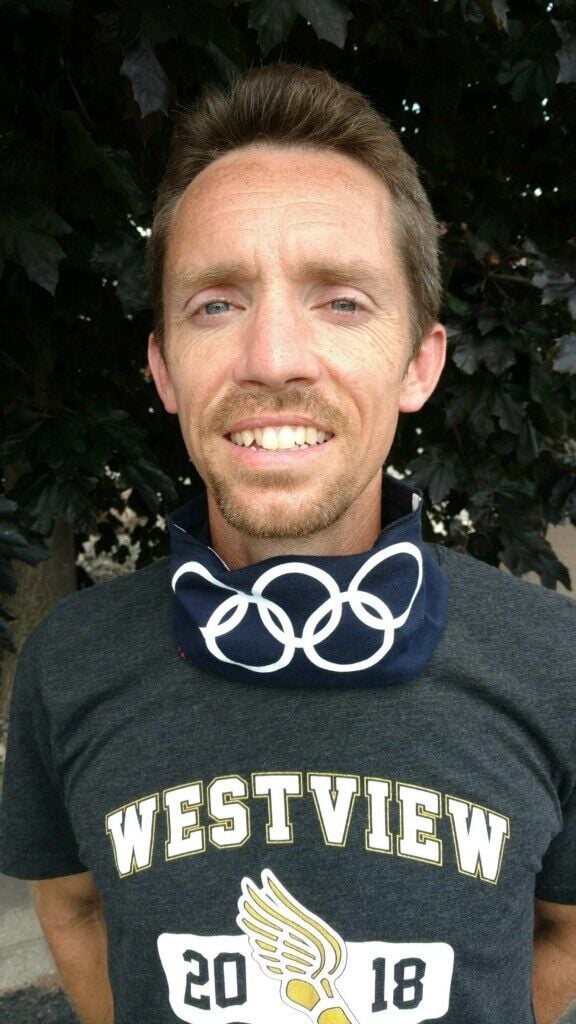 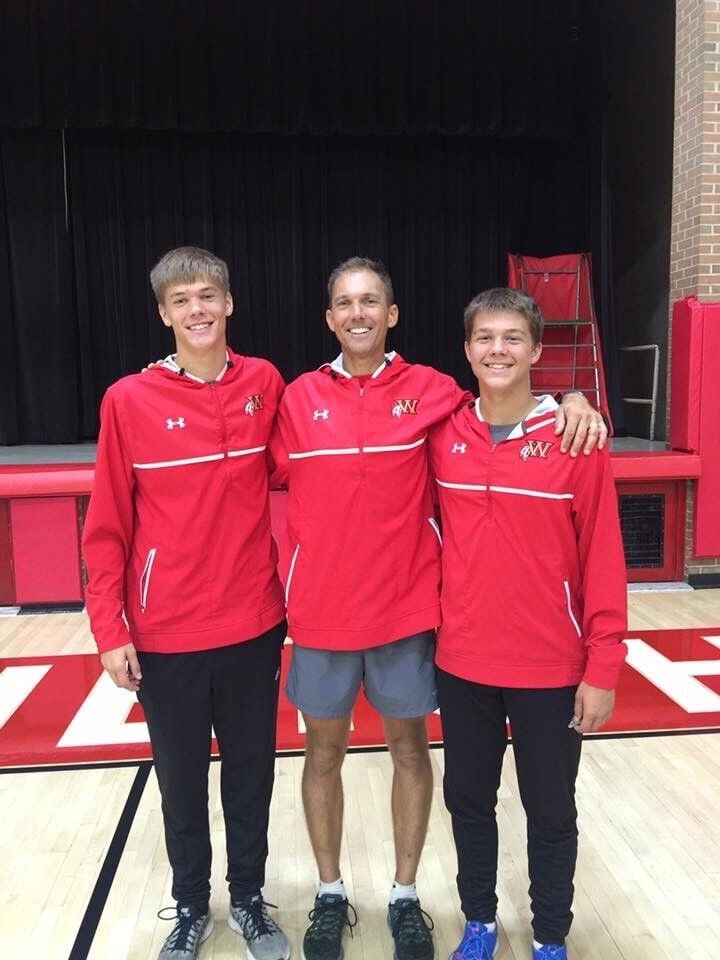 Matt Jones, center, is the co-head coach for Westview boys cross country. Pictured with him are his sons, Mason, left, and Matt, right.

Lincoln McDonald, right, is the new boys soccer coach at Lakeland High School. He’s only been the coach for three weeks, adjusting to becoming a head coach during the coronavirus pandemic on the fly.

Matt Jones, center, is the co-head coach for Westview boys cross country. Pictured with him are his sons, Mason, left, and Matt, right.

LAGRANGE — Six weeks ago, Lincoln McDonald was planning on being an assistant soccer coach at his alma mater, Westview.

Now, he’ll be coaching against the Warriors as the head coach of Lakeland.

The 22-year-old is one of numerous first-year head coaches that gets to coach their first season during the middle of a pandemic — if the season happens at all, of course.

“It’s been really crazy,” said McDonald, who was officially hired as the coach on July 6. “I think I’ve been prepared for this for a long time, though. I had a good background coming up with soccer, so I’ve been able to play a lot and get a lot of experience.”

McDonald graduated from Westview in 2016. He then returned to the school as an assistant boys soccer coach for the last two seasons. When the Lakeland job became available in June, McDonald applied for it. Despite being young, he impressed new Lakeland Athletic Director Kyle Grossman enough to offer him the job.

McDonald accepted, becoming one of the youngest head coaches in Indiana.

Being so young is seen as an advantage, in McDonald’s eyes. Since he’s so close in age to his players, he can relate to the music they’re listening to or the video games they’re playing. The bond was almost instantaneous as well.

Like all other coaches, McDonald has had to work around the coronavirus restrictions. Just this week, teams that were in Phase Two of the re-opening plan were allowed to scrimmage and hold more open training sessions. Lakeland is one of the schools in Phase Two, allowing the Lakers boys soccer team more training time.

McDonald still has to wear a facemask, though, when coaching.

“It’s definitely thrown it off because we have to take a lot of precautions,” McDonald said. “We have to make sure we’re doing a lot of different things to keep ourselves safe and keep ourselves healthy.”

Although it’s been a chaotic month for the rookie head coach, McDonald says he’s enjoyed every step of the process.

“It’s been weird because we would’ve started about two months back,” McDonald said. “Everything’s been so crammed, though, like, ‘Hey, you’re head coach. Hey, your first practice. Hey, your first game’s in a couple weeks.’ It’s definitely a different dynamic, but I’m so excited and so happy to be out here.”

Instead of having one new head coach, the Westview boys cross country team will have two. Lyle Bontrager and Matt Jones have replaced Les Hively as the head men of a program that has been one of the better ones in northern Indiana in recent years.

Both Bontrager and Jones have served as assistant coaches in the junior high and high school ranks at Westview. They’re also cousins, making both men confident in the other to coach the team.

“Lyle and I have been doing this long enough that we know what we’re doing, we know what works and we’ve got enough connections with other coaches to ask if we do have questions,” Jones said.

“He’s got a little different coaching style than I do, but I think we’ll really complement each other,” Bontrager added. “I think he’s a little more hardcore old school, but I think some kids need that.”

Having familiarity with the runners and program has helped make the transition to head coach a little easier for both men, but the COVID-19 restrictions have also challenged both coaches.

“I would’ve loved to have spent time with the kids,” Bontrager said. “When you meet with them 1-on-1, there’s just more coaching that can happen. Doing stuff remotely — you can do it, but it’s not the same.”

Jones said the biggest challenge was making sure everyone was running their weekly miles to stay in shape for the season.

Bontrager has also added girls cross country head coach responsibilities lately, adding another group of athletes to help get ready for a season that may or may not happen. As for the boys team, Jones thinks Westview can rebound from last year, where it didn’t qualify for the state finals for the first time in four years.

“I think we can have a really good team,” Jones said. “A lot of the kids have been putting miles in that — they’ve done some running the past couple years, but maybe not as much. We’ve tried to push them more and more because if we do have a season, we want to be ready.”