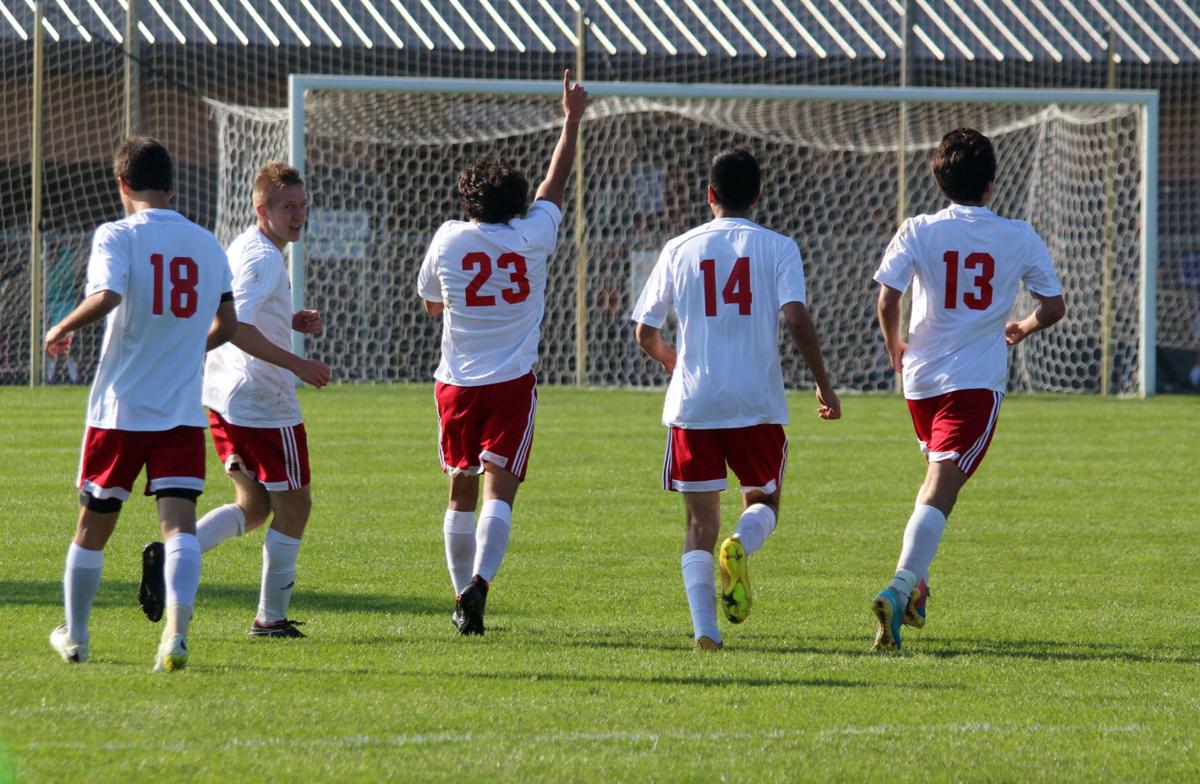 Goshen players celebrate after Isaac Huerta's goal to go up 1-0 against No. 1 Chesterton Saturday in semistate. Goshen won 2-0. 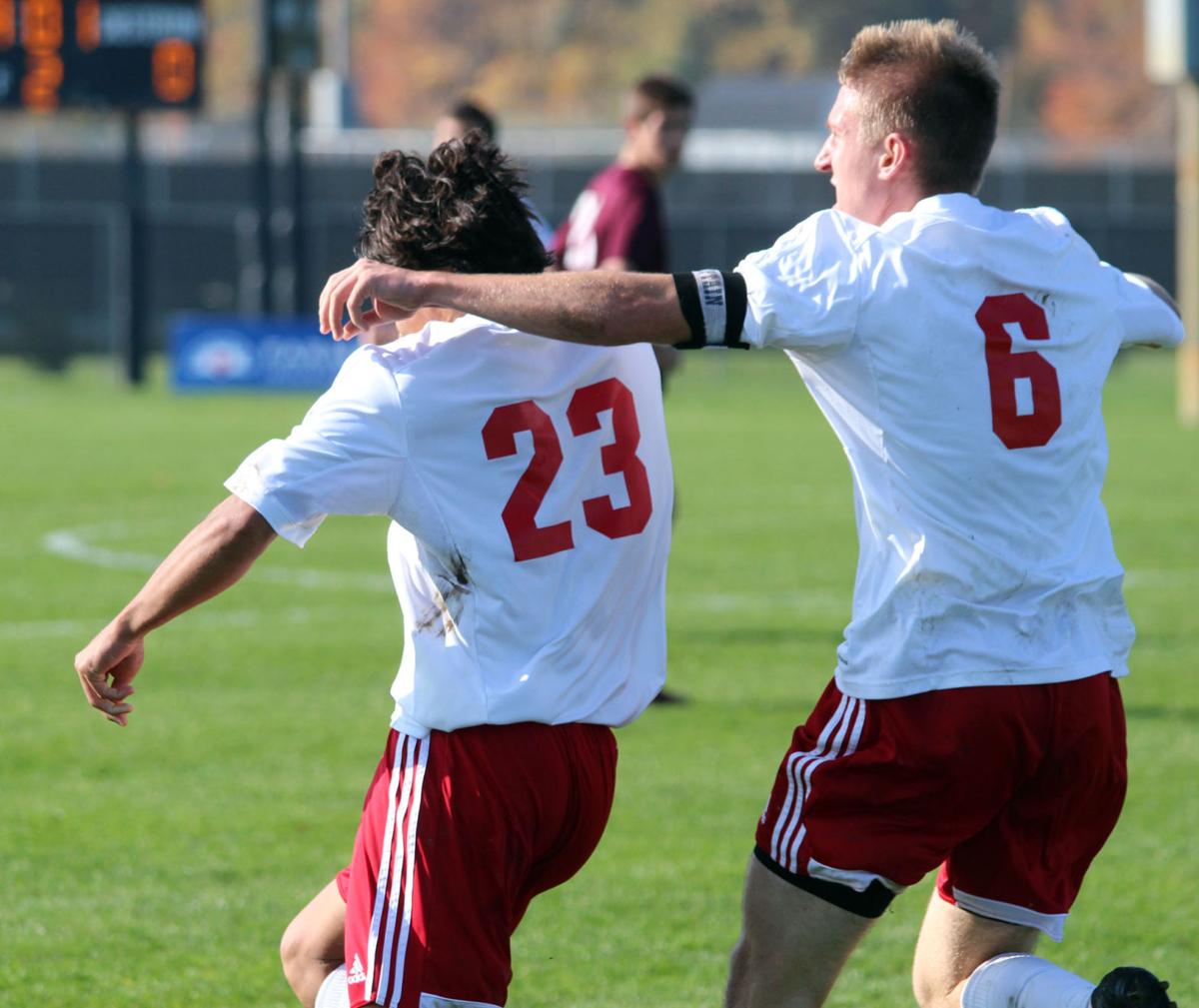 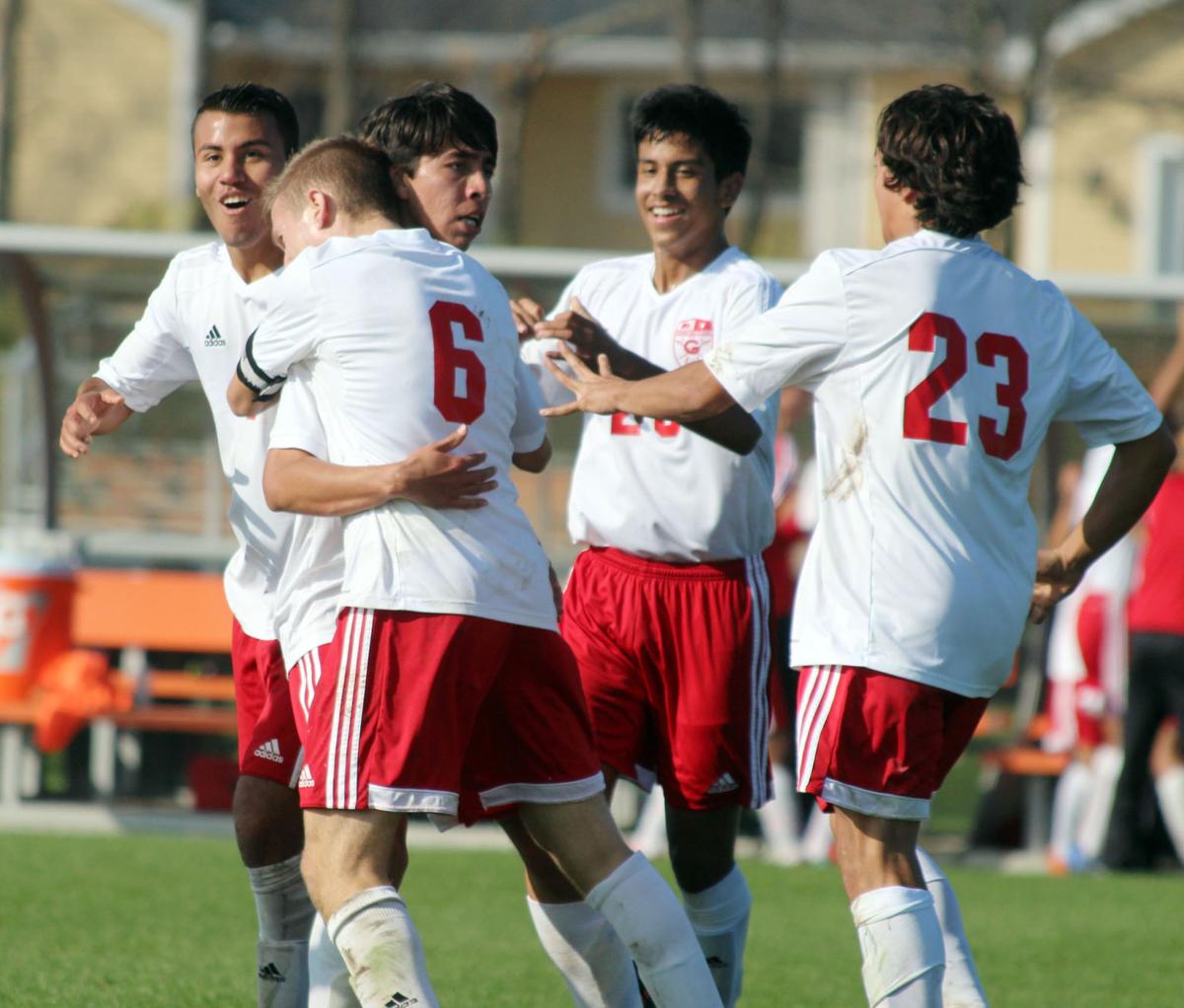 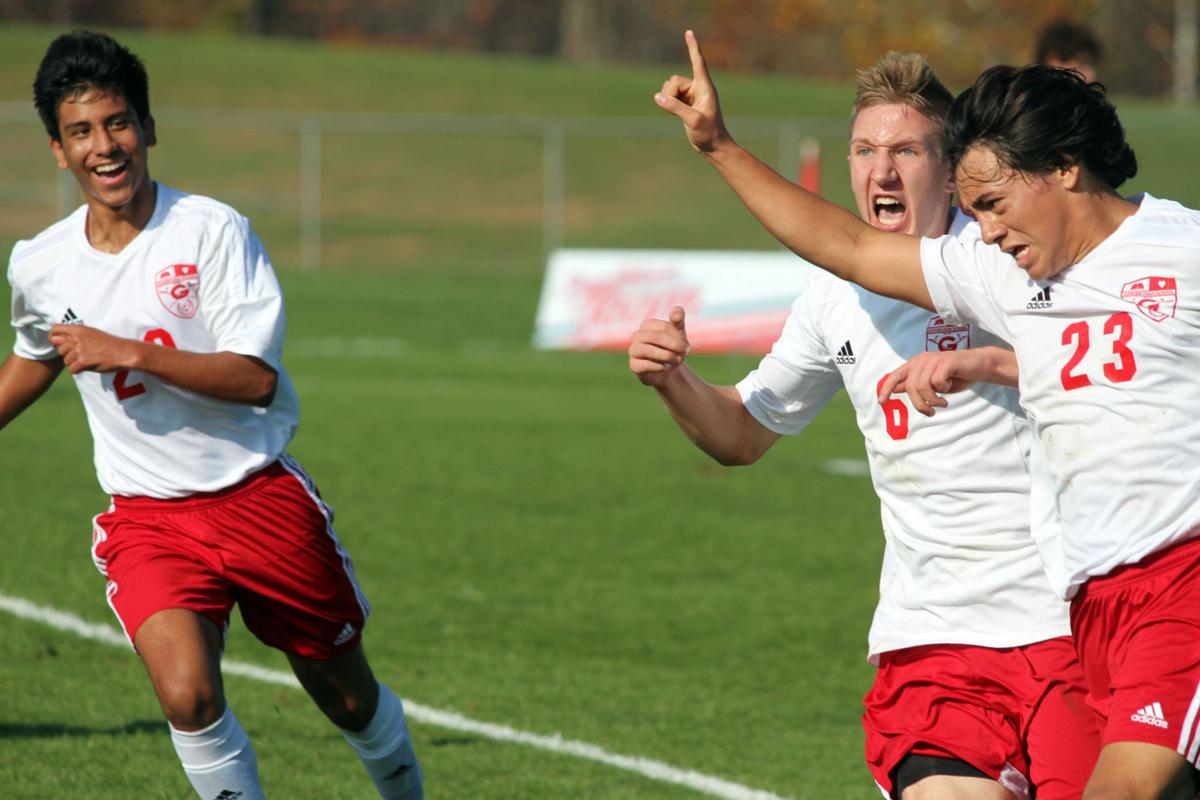 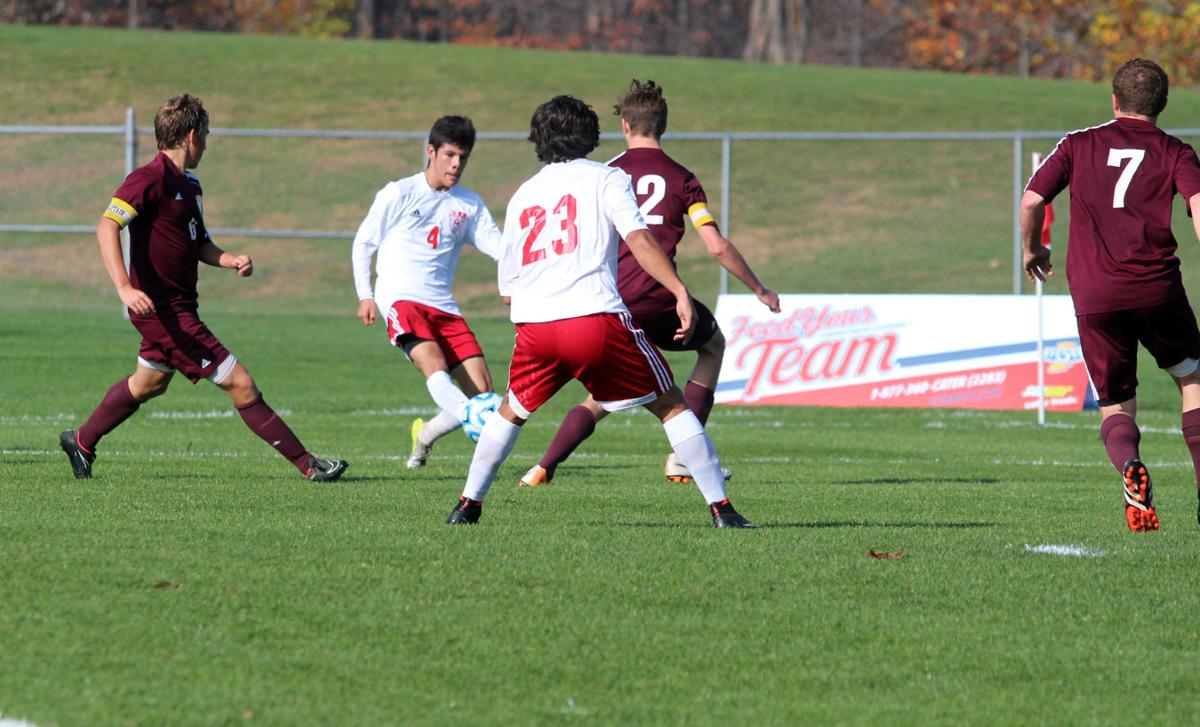 Goshen's Sebastian Flores passes to Isaac Huerta in the second half during a semistate game against Chesterton Saturday. The pass led to Huerta's goal and Goshen won 2-0. 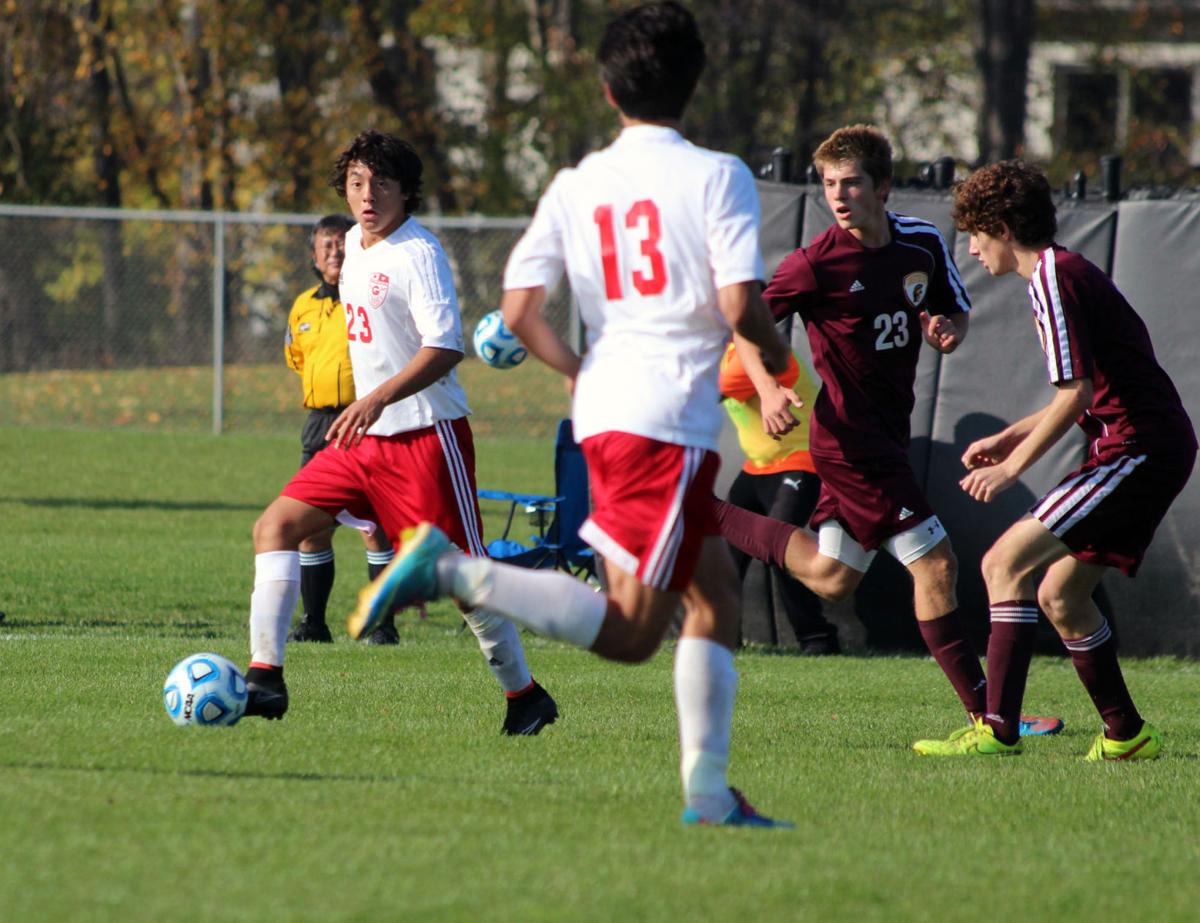 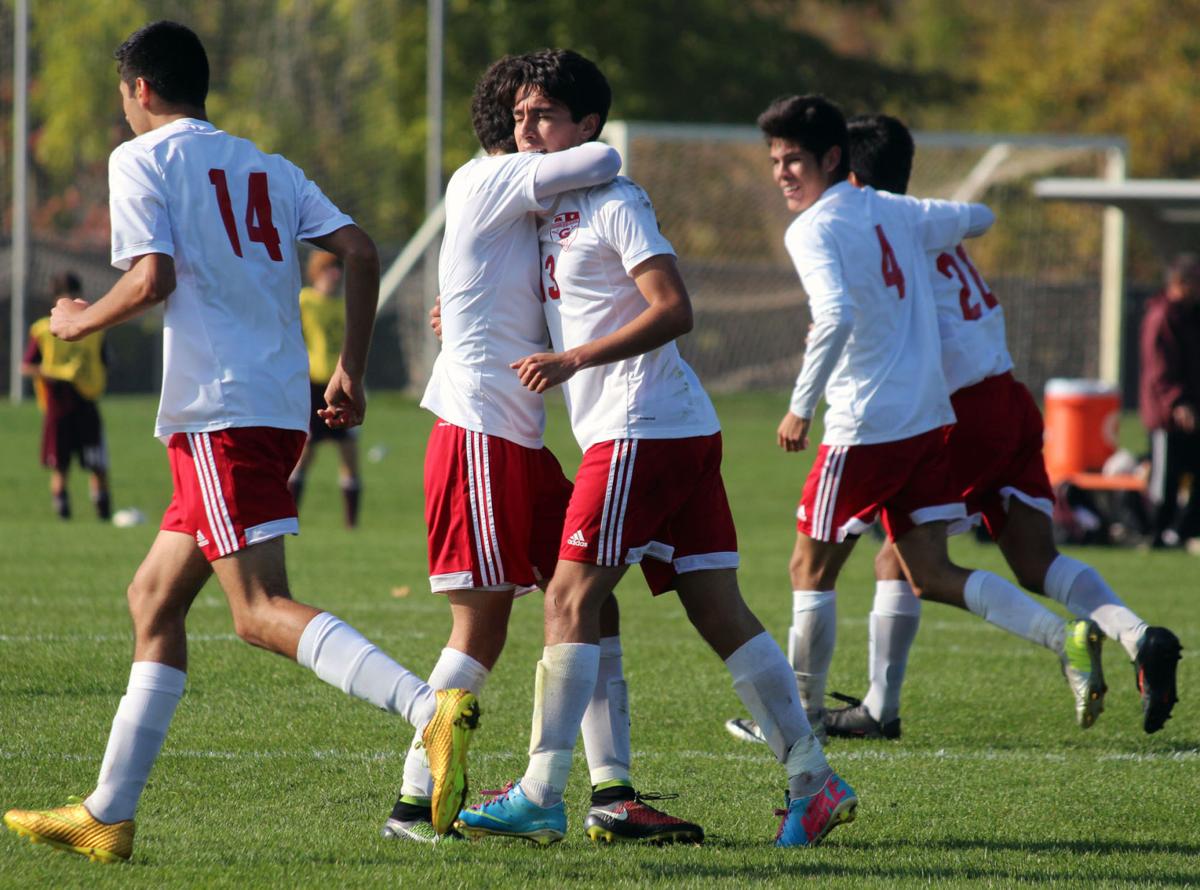 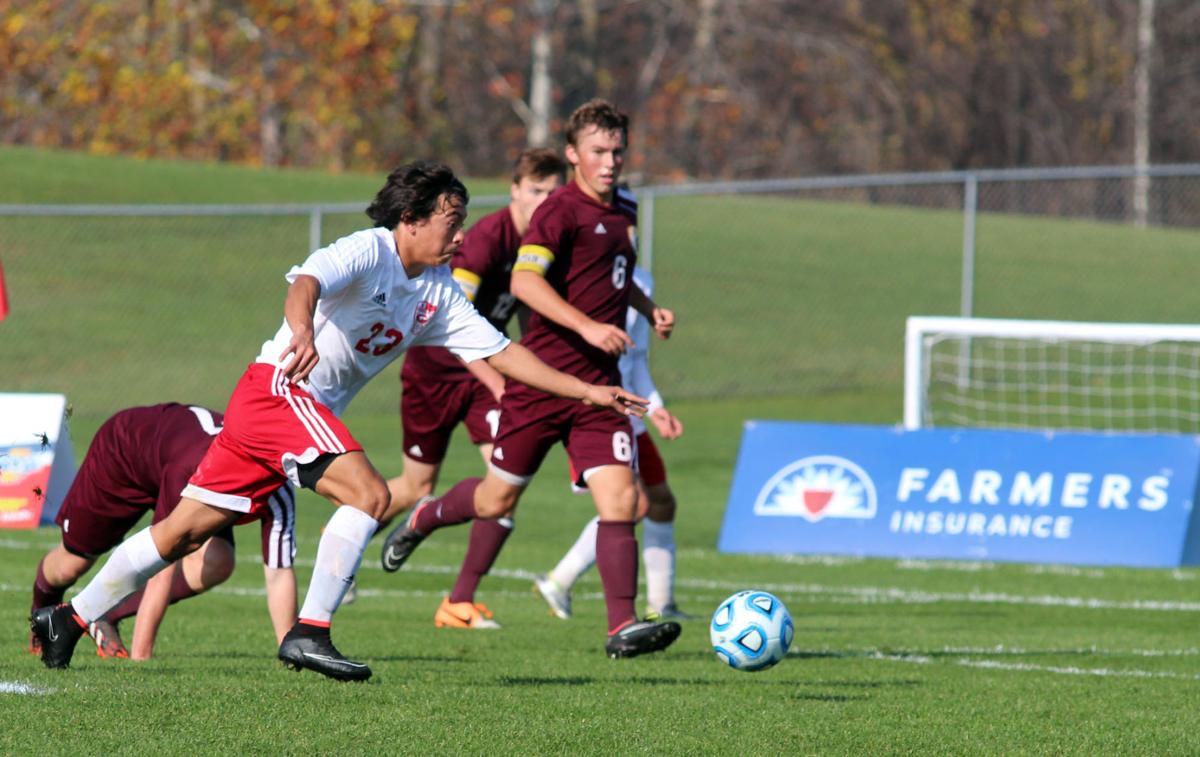 Goshen's Isaac Huerta takes an extra touch before firing what would be the game's first goal. Huerta said he took extra time to focus and concentrate on the play. Goshen beat Chesterton 2-0 Saturday.

Goshen players celebrate after Isaac Huerta's goal to go up 1-0 against No. 1 Chesterton Saturday in semistate. Goshen won 2-0.

Goshen's Sebastian Flores passes to Isaac Huerta in the second half during a semistate game against Chesterton Saturday. The pass led to Huerta's goal and Goshen won 2-0.

Goshen's Isaac Huerta takes an extra touch before firing what would be the game's first goal. Huerta said he took extra time to focus and concentrate on the play. Goshen beat Chesterton 2-0 Saturday.

WARSAW – When Goshen prepared to play No. 1 Chesterton, it never thought about the number in front of the name.

Goshen coach Viratham Mounsithiraj knew he had a good team. The number in front of his opponent didn’t matter.

And after Saturday morning’s 2-0 victory against Chesterton, the team spent very little time celebrating knocking off the state’s top team who entered the match undefeated.

“We’re done celebrating,” Mounsithiraj told his team after defeating Chesterton to advance to the semistate championship game. “We celebrate after we win tonight.”

Goshen will play in the semistate championship game at 7 p.m. at Warsaw against Homestead.

After playing an equal first half at 0-0, Goshen got its first strike on a goal from leading scorer Isaac Huerta, who scored his fourth goal in five postseason games.

Huerta had a couple of shots in the first half, including one from point blank range that he let sail high over the goal post.

After Sebastian Flores got him the ball in the box, Huerta was more careful with his first touch the second time around.

“In the first half when I had that chance by myself, I didn’t expect the ball,” Huerta, who now has 26 goals on the season, said. “It just randomly appeared there and I shot it right away. When Sebastian dribbled down the sideline and he passed it to me, I was going to shoot it right away, but my mind was just quick and said, ‘Concentrate.’ I knew I had space next to me, and I stopped the ball and tried to place it. I focused more on the ball this time than I did in the first half.”

Less than four minutes later, Goshen (18-2-1) struck again, this time on a boot off the foot of Jesus Dominguez Olvera on a pass from Alex Martinez.

“They were leaving a lot of open spaces in the back, but they were pressuring us,” Dominguez Olvera said. “We were backing down and we were defending and we were just booting it up, but it opened a lot of spaces in terms of their defense.”

After the two quick goals, Goshen looked happy to sit back and play defense. Chesterton would threaten on some set pieces, but could never find the back of the net.

It is the fourth straight shutout for Goshen keeper Tyler Born, who has only allowed one goal in five postseason games during the Goshen run.

“Tyler made a couple of great saves on those set pieces for them,” Mounsithiraj said.

Mounsithiraj was also pleased with the back line defensive play from players like Kyle Ramirez Ingold and Alfredo Vasquez.

“I’m more pleased with how they played defense in open play and how they contained,” Mounsithiraj said. “Number 10 (Billy Biehl) was trying to dribble through everybody, and a couple of times he was kind of scary. But they didn’t try to steal the ball, just make him go backwards and contain.”

Goshen will watch the first half of the second semifinal between Homestead and Harrison, then will go back to Goshen High School to shower.

And while Huerta wouldn’t say it was a dream come true to beat Chesterton, beating the top team in the state still did mean something to Goshen.

“It feels good to beat a team like them,” he said. “They’re a really good team, but every team is beatable. But definitely, we wanted to beat them. It means a lot to us.”

WARSAW – One by one they walked up to greet him, their new hero wearing black.