Note: due to technical difficulties, results from this meet were not provided until Thursday evening. The story has been updated to reflect the final scores, and the full results are attached at the bottom of this story.

It was the first track meet for all three teams since before spring break. Northridge coach Trisha King thought her team performed well, given the level of competition Warsaw is this year in girls track.

“This is the first meet our girls have faced really tough competition, and Warsaw has a lot of depth that we lack,” King said. “So, it was nice to see our girls compete against someone of that high of caliber. I think this was the first time we were really pushed, so that was a surprise, but I thought they handled it well.”

King said being to come back from break and face a team like Warsaw gives them a baseline for where her team is at as the season ramps up the next month.

“You kind of come back from break and get punched in the face with conference, right? … I just think this was a good gauge and a good starting point for where we are right now and where we need to be at the end of the conference season,” King said. “It’s a good launching point right now; we have a better idea of what we need to work on and the specific areas we need to focus on.”

Northridge now prepares to host the Carmen Cripe relays Saturday, an event that hasn’t taken place since 2016 due to cancelations.

“I’m really excited to host that meet and finally have it,” King said. “But also, it’s a nice chance for girls, rather than just having individual events, to put teams together. It gives us an advantage sometimes because, if we can string together four different girls with those different distances, we have a better chance to compete than in open events.”

Although Goshen went 0-2 on the night, RedHawks coach KeJuan Leek felt like his team competed well.

“Our main expectations coming into (Wednesday) were to come in and compete well,” Leek said. “I think we were thrown off a little bit with everything being delayed, but we still came out and competed to the best of our abilities under the conditions. So, I’m happy with it.”

Leek said he hopes to focus more on the mental aspect of racing over the next month to get his team ready for postseason action. They’ll get another chance to work on things at Saturday’s Carmen Cripe relays.

“We’re starting to do better in practice now; we’re starting to get ready for that peak season,” Leek said. “We’re doing the things to just get us mentally prepared for things like that. We’re focusing less on the athletic aspect and more on the mental aspect of people to start peaking. For us, if we can get mentally prepared, then we’ll be able to follow it up through the athletic side.” 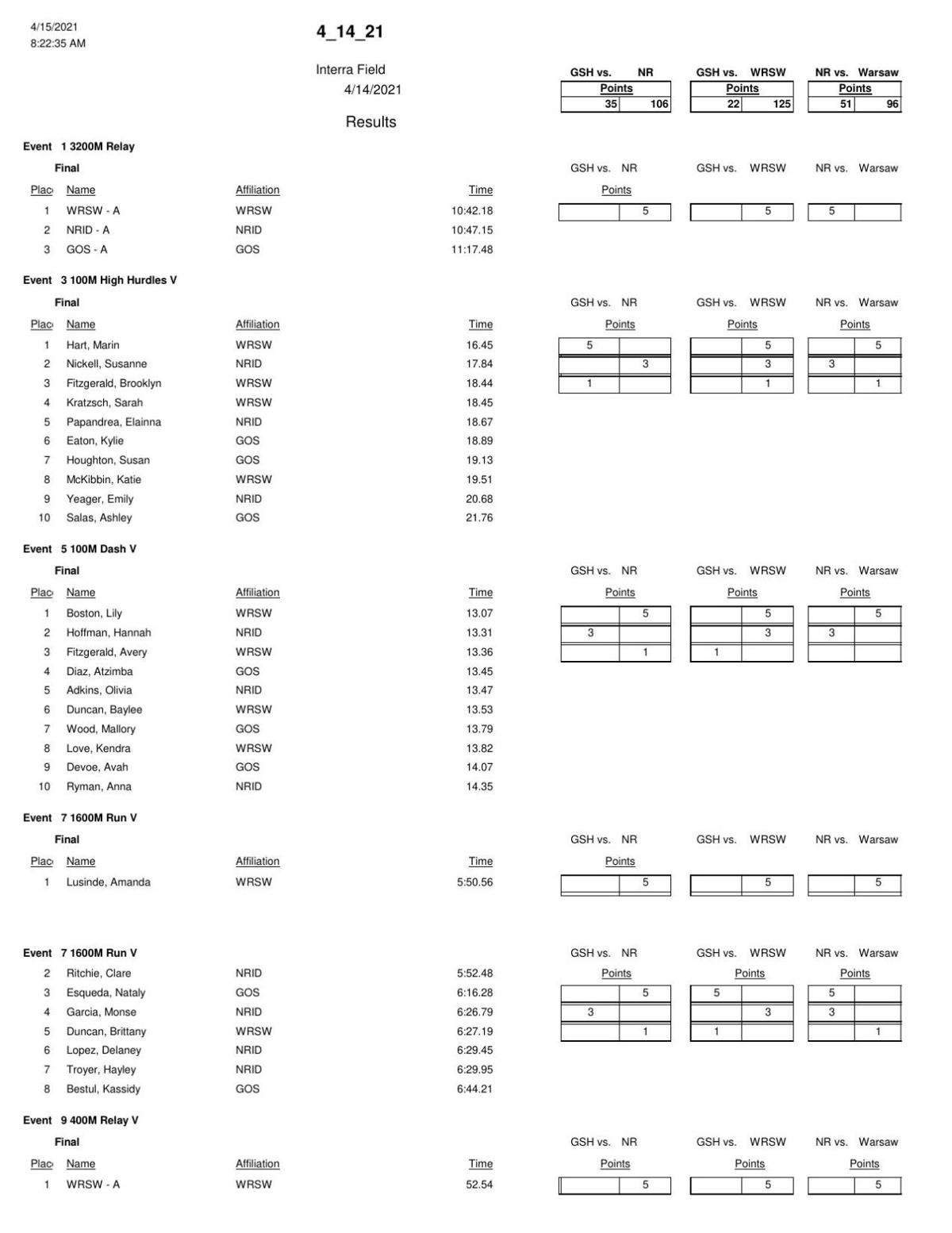