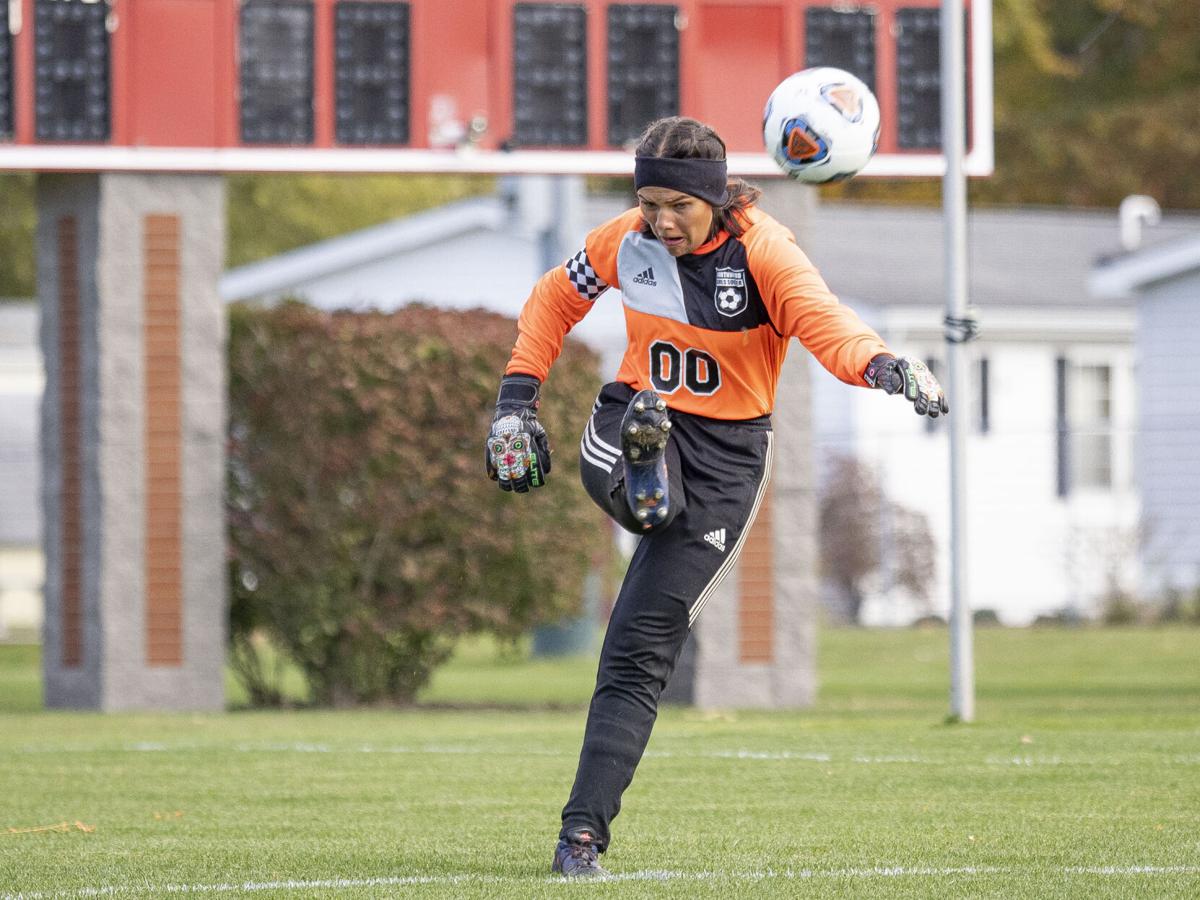 NorthWood Panthers goalkeeper Liliana Lomeli (00) boots the ball down the field to her teammates during Saturday’s game at Plymouth Senior High School in Plymouth. 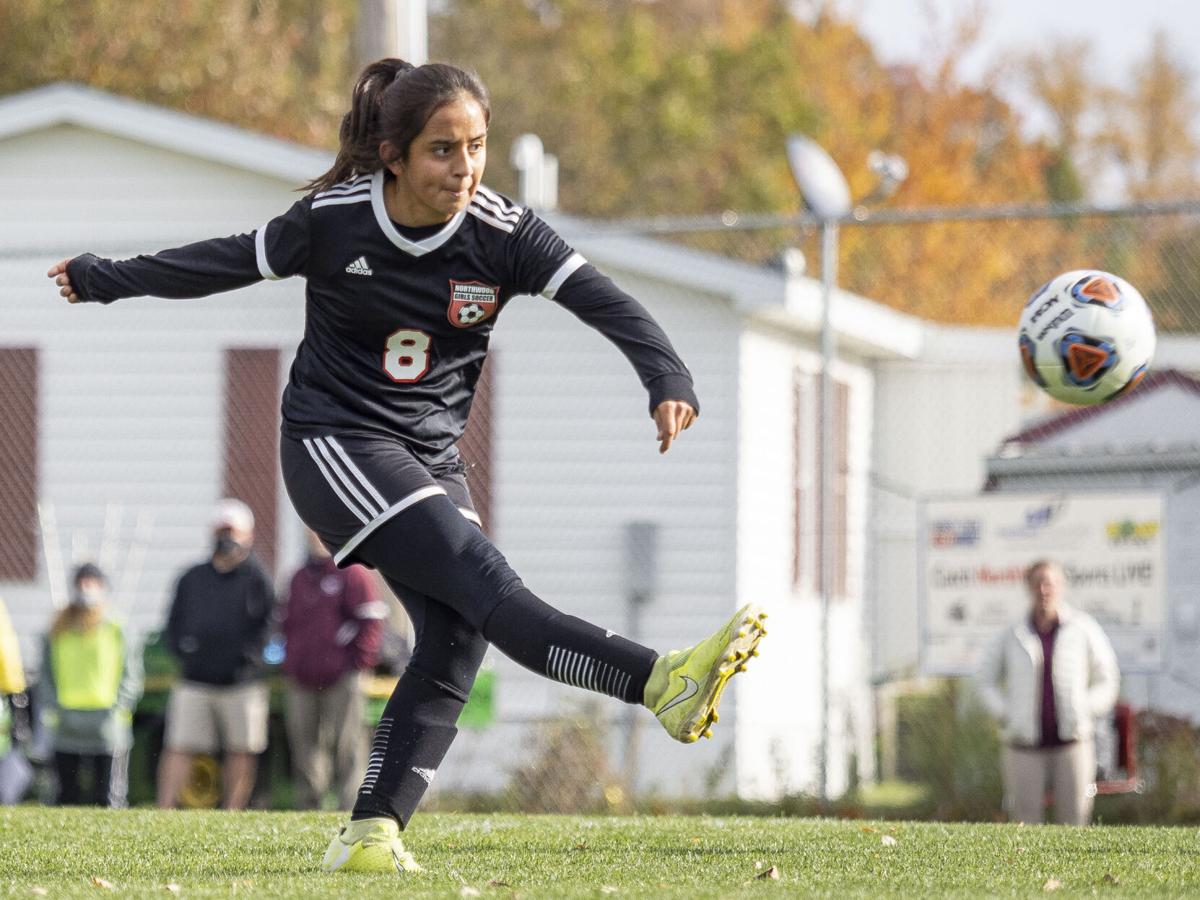 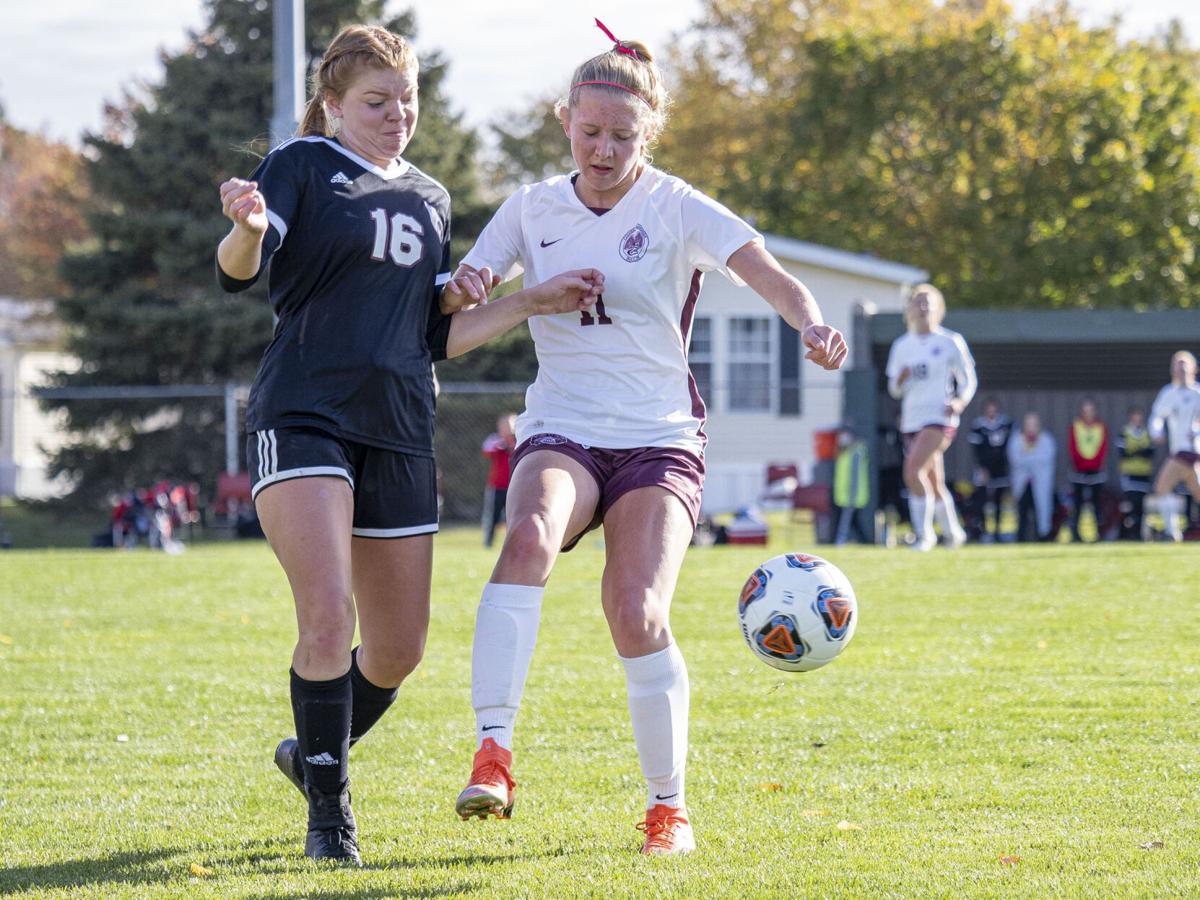 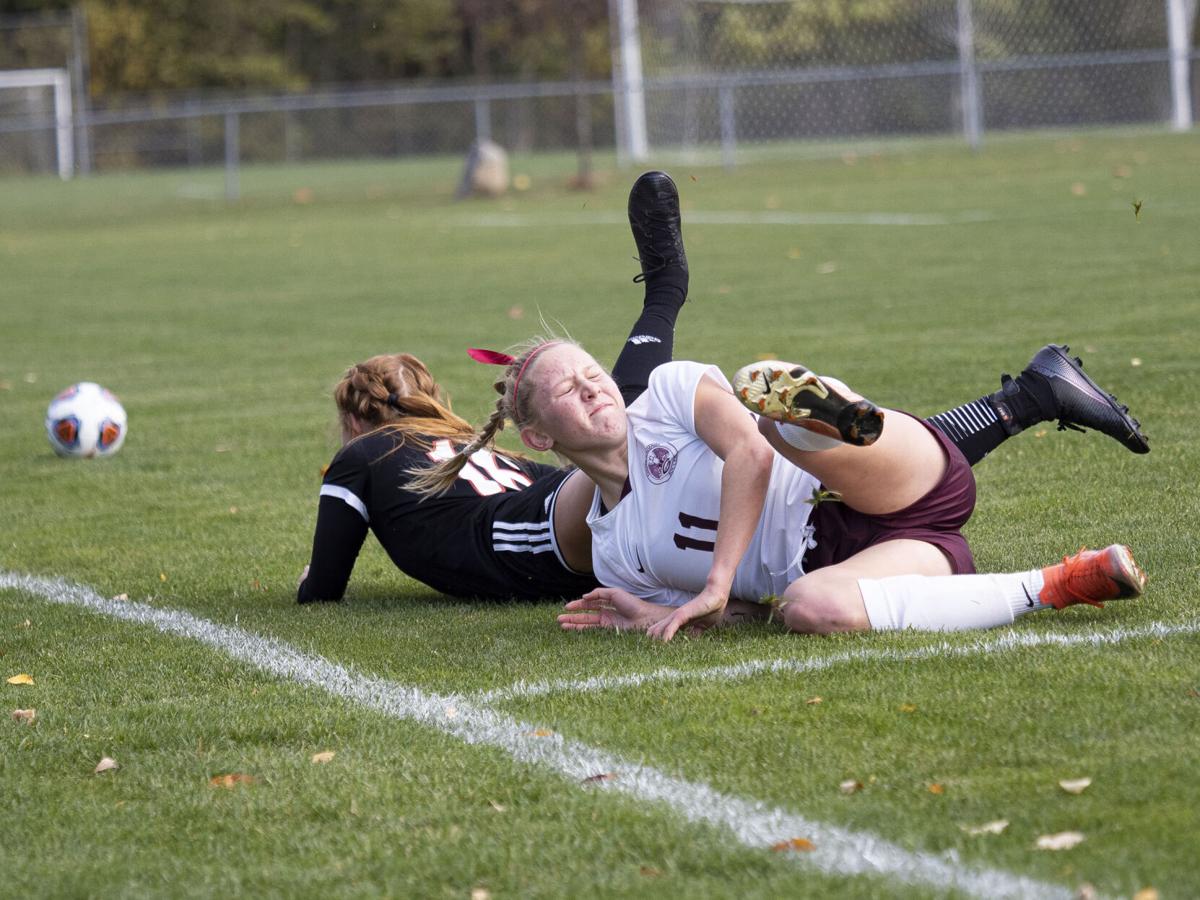 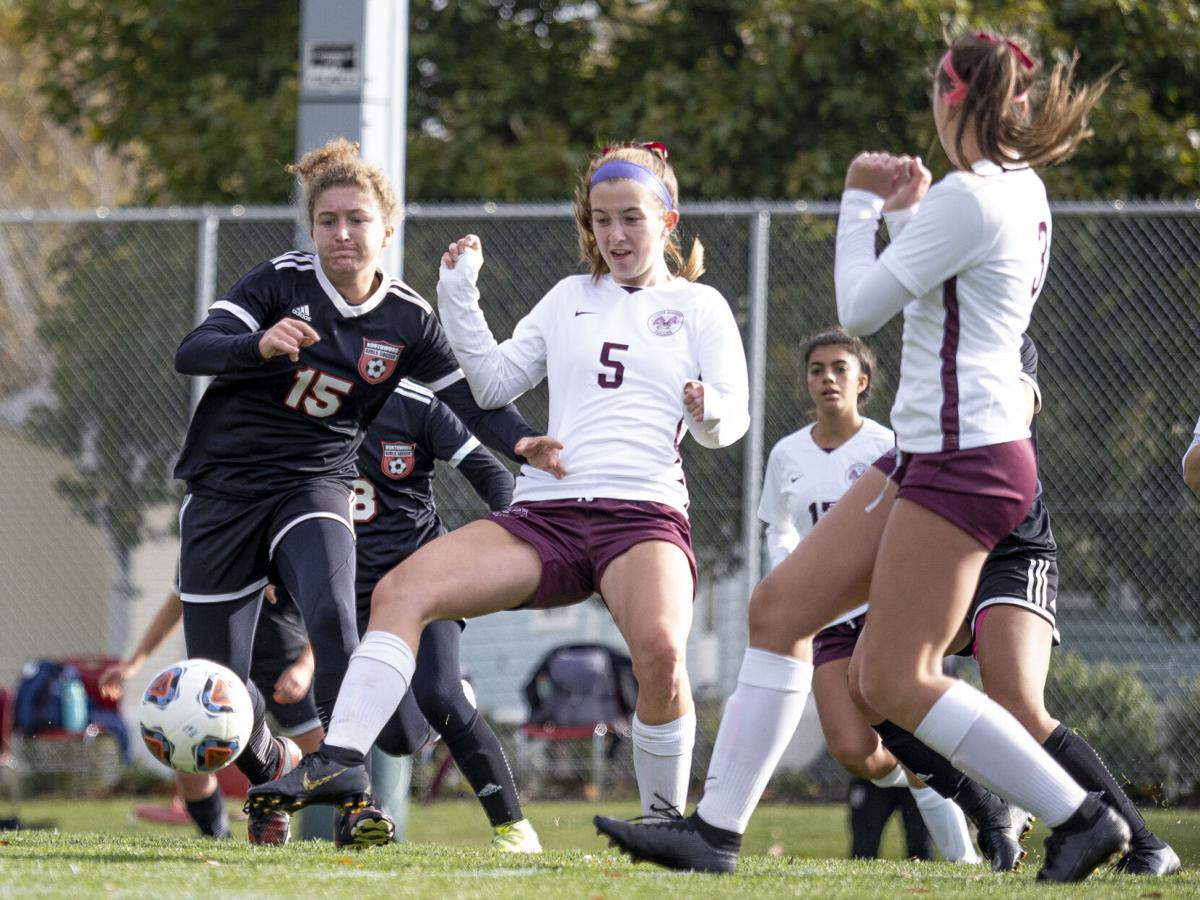 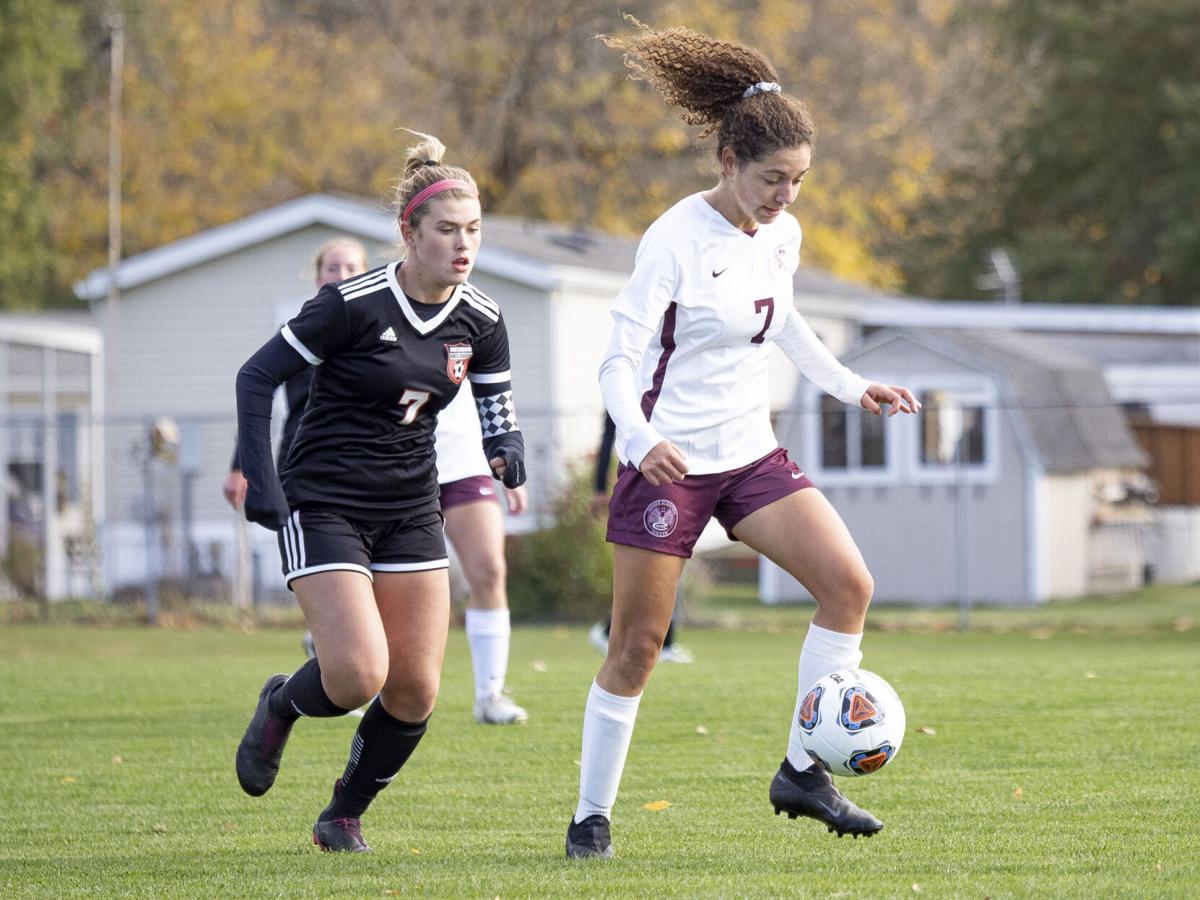 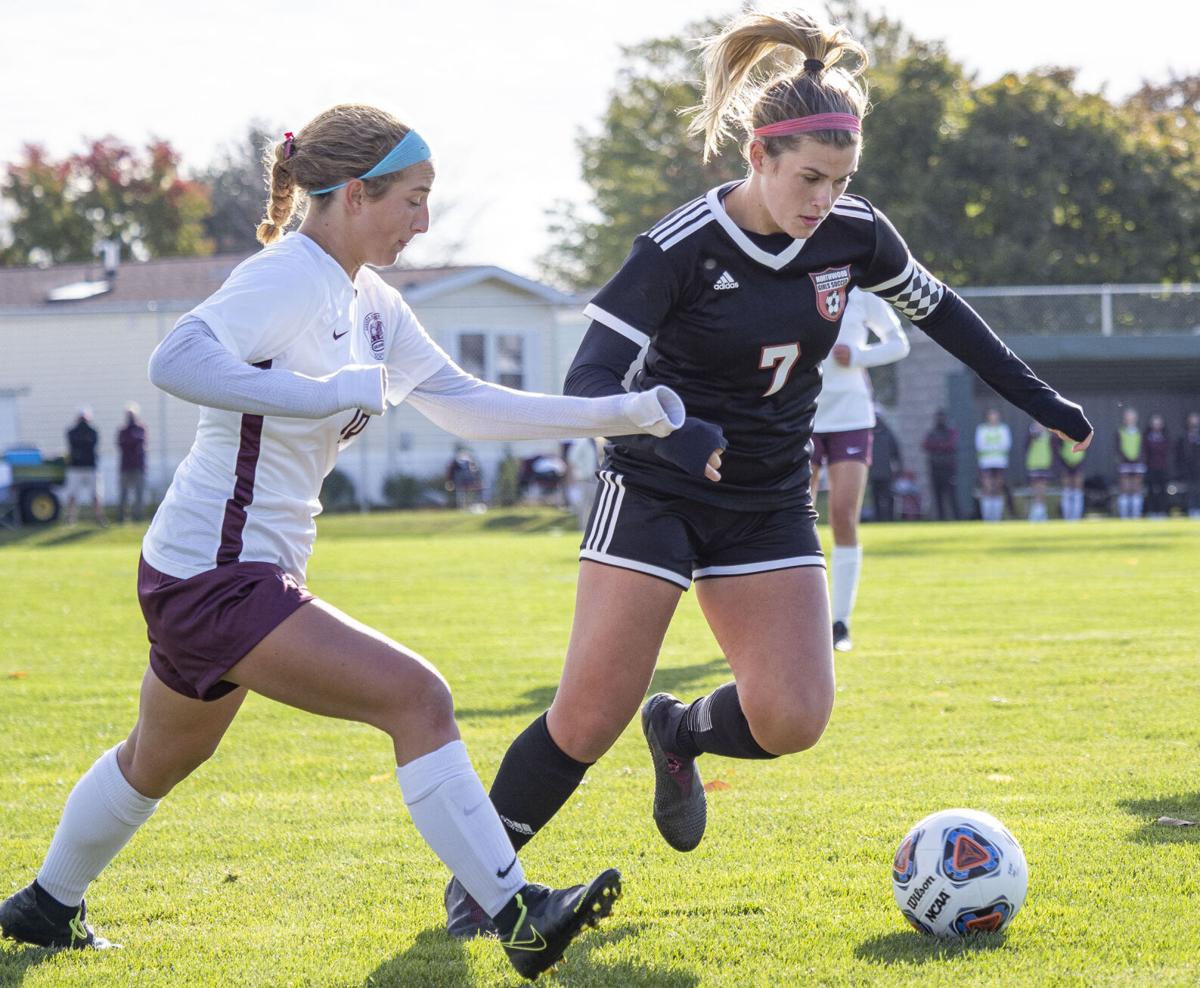 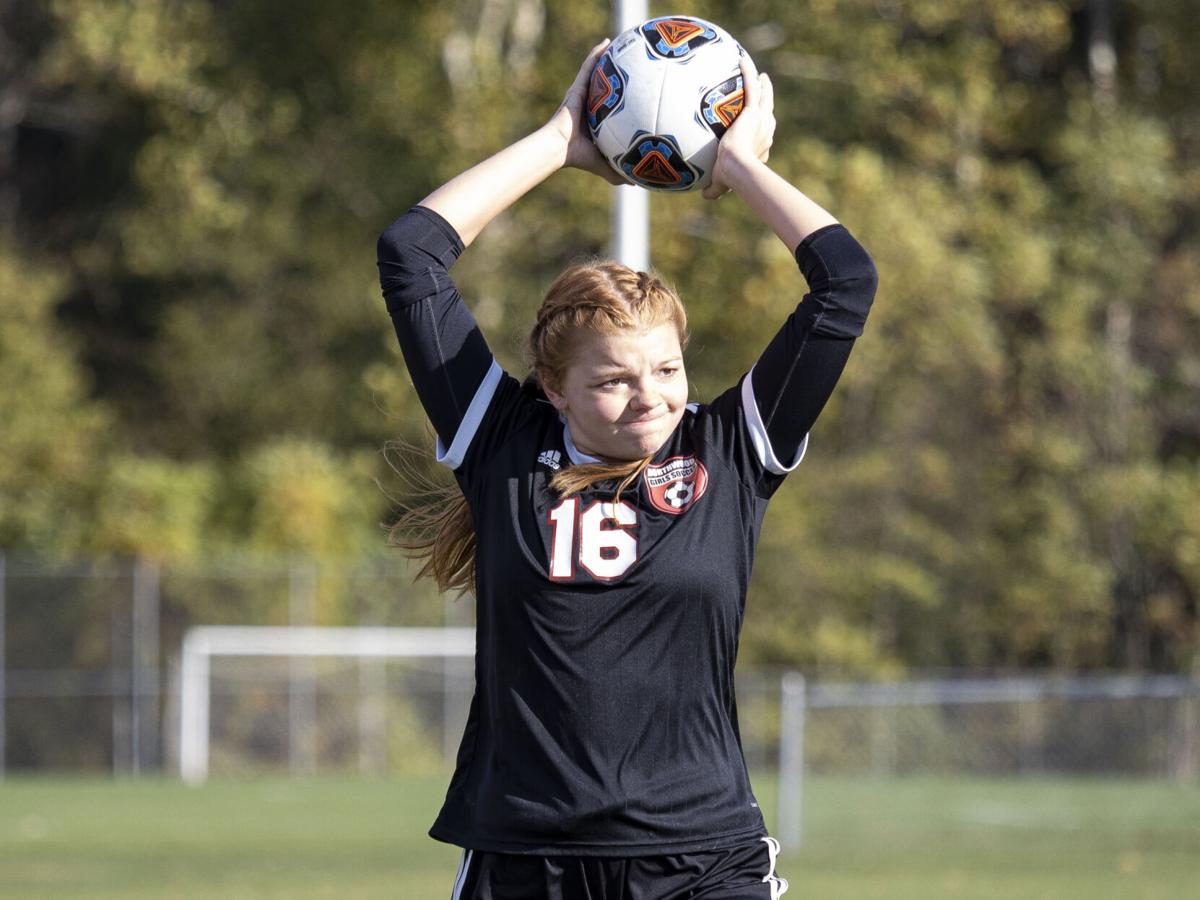 NorthWood Panthers defender Brenin Knight (16) throws the ball in to her teammates during Saturdays game at Plymouth Senior High School in Plymouth.

NorthWood Panthers goalkeeper Liliana Lomeli (00) boots the ball down the field to her teammates during Saturday’s game at Plymouth Senior High School in Plymouth.

NorthWood Panthers defender Brenin Knight (16) throws the ball in to her teammates during Saturdays game at Plymouth Senior High School in Plymouth.

PLYMOUTH — NorthWood’s ability to possess the ball and apply offensive pressure picked up in the second half.

But the Panthers could not score and lost 1-0 to Culver Academies in the semifinals of the IHSAA Class 2A Plymouth Regional girls soccer tournament Saturday at Kindt Field.

The lone tally of the match was unassisted by senior Samantha Hazen in the 22nd minute.

“The first 25 minutes we kind of pinned them in and was moving the ball quickly,” Culver Academies coach Nathaniel King said. “Toward the end of the first half, (NorthWood) decided to pressure more and take away our space.

“In the second half we knew they were going press us more which meant we needed to focus on our game.”

The Eagles’ game, according to King, is to move the ball quickly and exploit the defense. On Saturday, they did it with a 4-4-3 formation.

Culver Academies had eight shots on goal and four corner kicks in the opening 40 minutes while NorthWood did not have a shot on-frame and one first-half corner.

“Unfortunately, we’ve been a second-half team all year,” Panthers coach Tom Shields said. “In big games, we were able to bring for both halves. When you get to this point in the season you can’t just be a second-half team.

“We came out pretty flat in the first half. We had very little opportunities to score. I applaud Culver for keeping us straight and out of the net.”

While there were some rushes and a few balls that flew wide or over the crossbar, both of NorthWood’s shots on goal came in the second half — sophomore Caitlin Knepp in the 45th minute and junior Emma Martz in the 61st minute.

The Panthers did have the ball in the Eagles’ end a few times in the final minutes and threatened with a free kick by junior Lizzie Hildebrant in the 66th minute and a corner kick by Martz in the 72nd.

“We could not connect very many passes in a row to get that counter attack," Shields said. “Usually, we are pretty quick on that and are able to send the ball through or around the defense. (Culver Academies) kept us away from that.”

“Our defense is probably second to none in the (Northern Lakes) Conference and in the (West Noble) Sectional,” Shields said. “(Culver Academies) got just one (strong) opportunity and did what it takes to get the ball in (the net).”

Shields reflected on a campaign played during the COVID-19 pandemic.

“The girls work very hard not even knowing if we were going to have a season at the beginning of the year,” Shields said. “We were limited in what we could do (in preseason training).

“It was a pretty weird season this year. They had to put up with a lot of adversity. That’s true for all teams.”

As Saturday’s starting goalkeeper, Lomeli made nine saves — most of the diving variety.