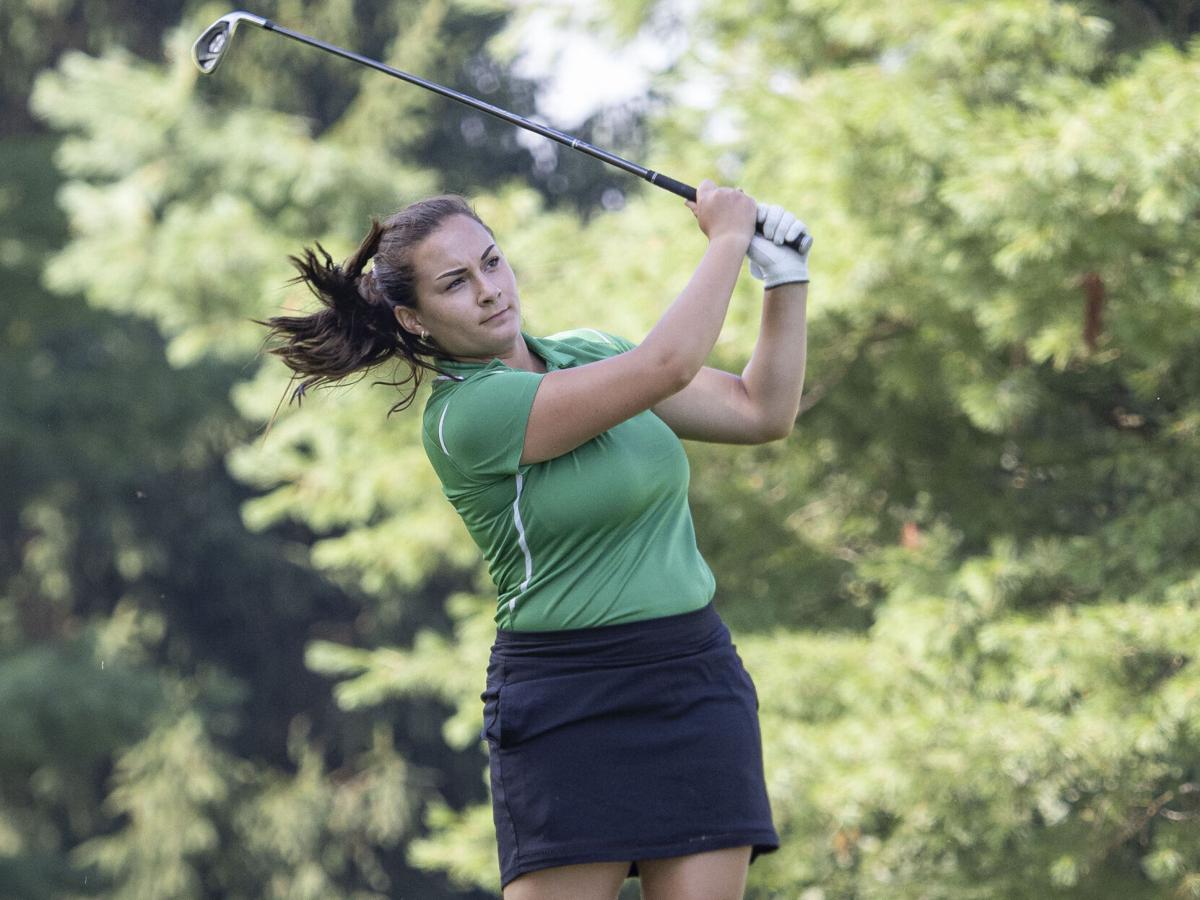 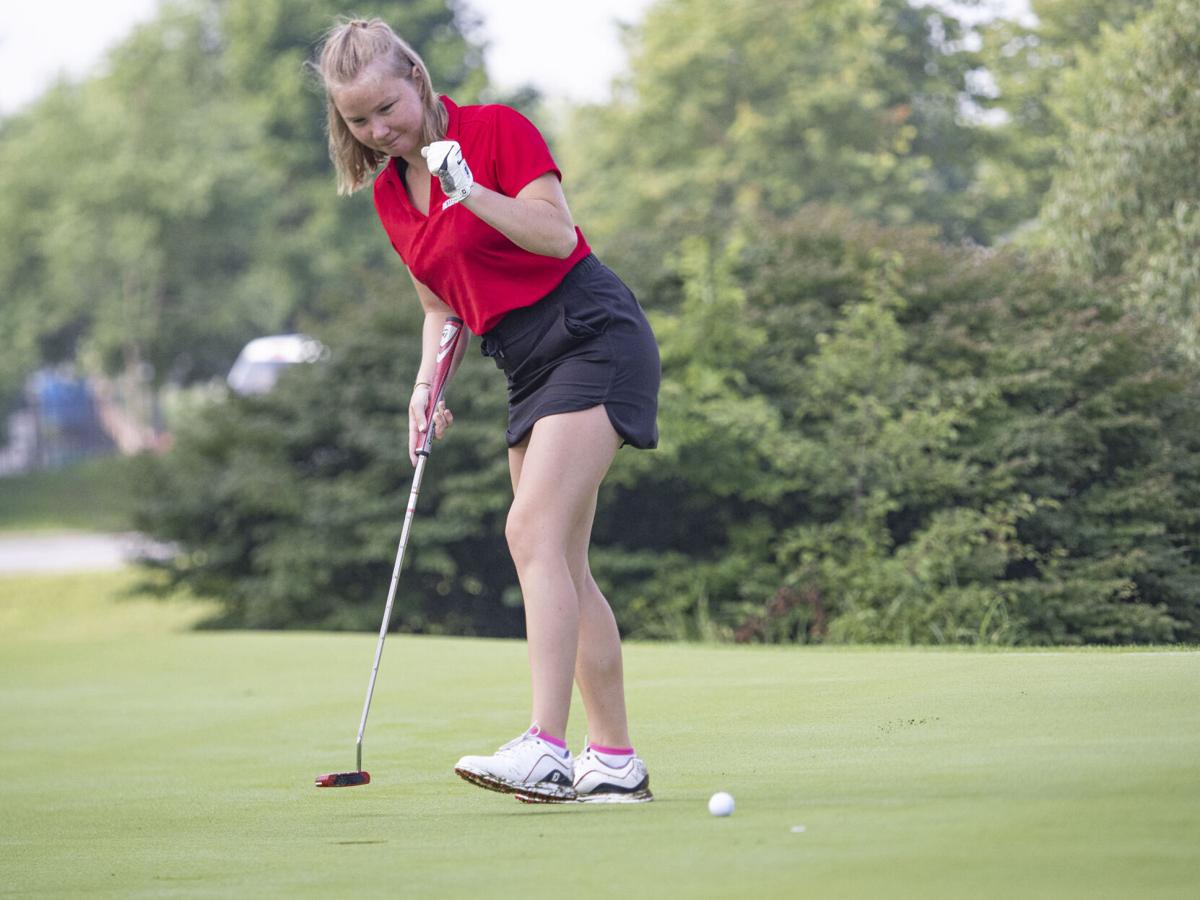 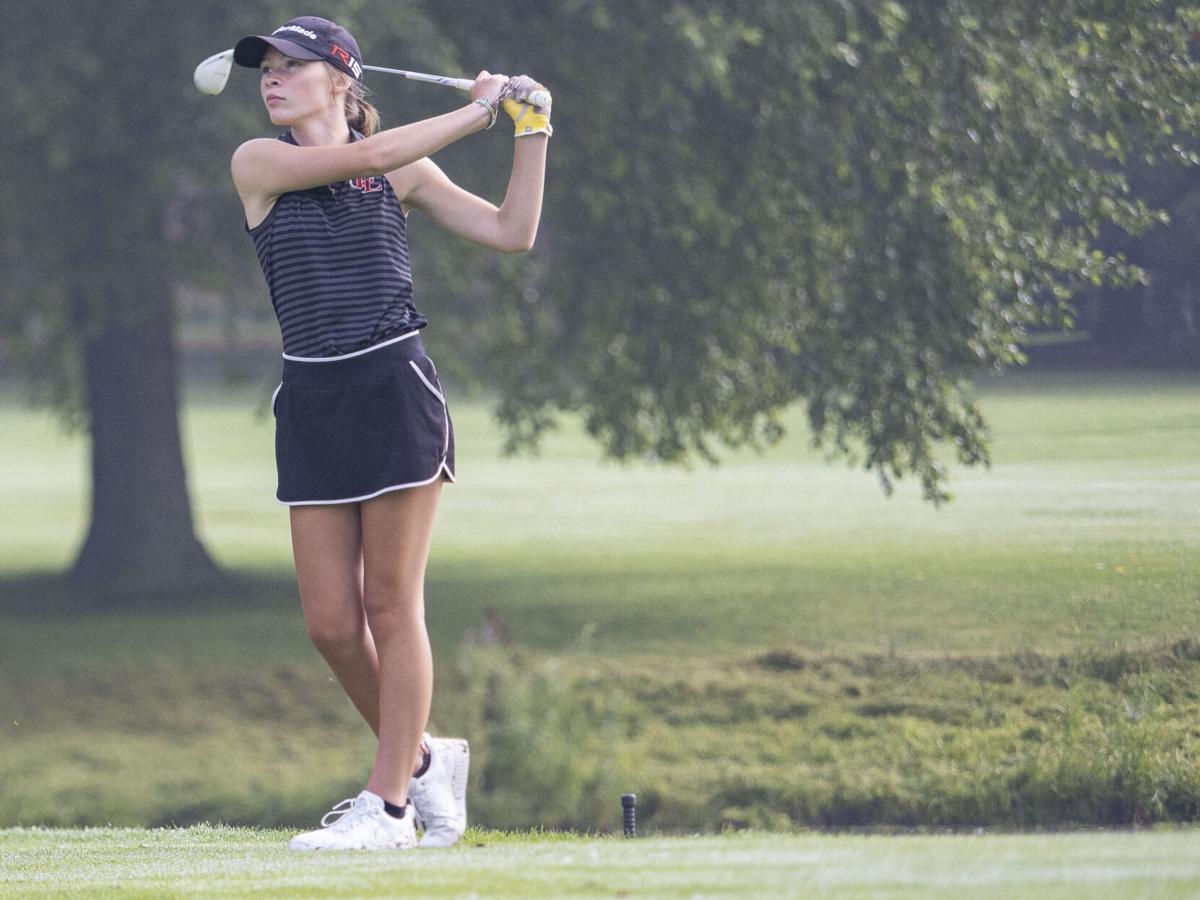 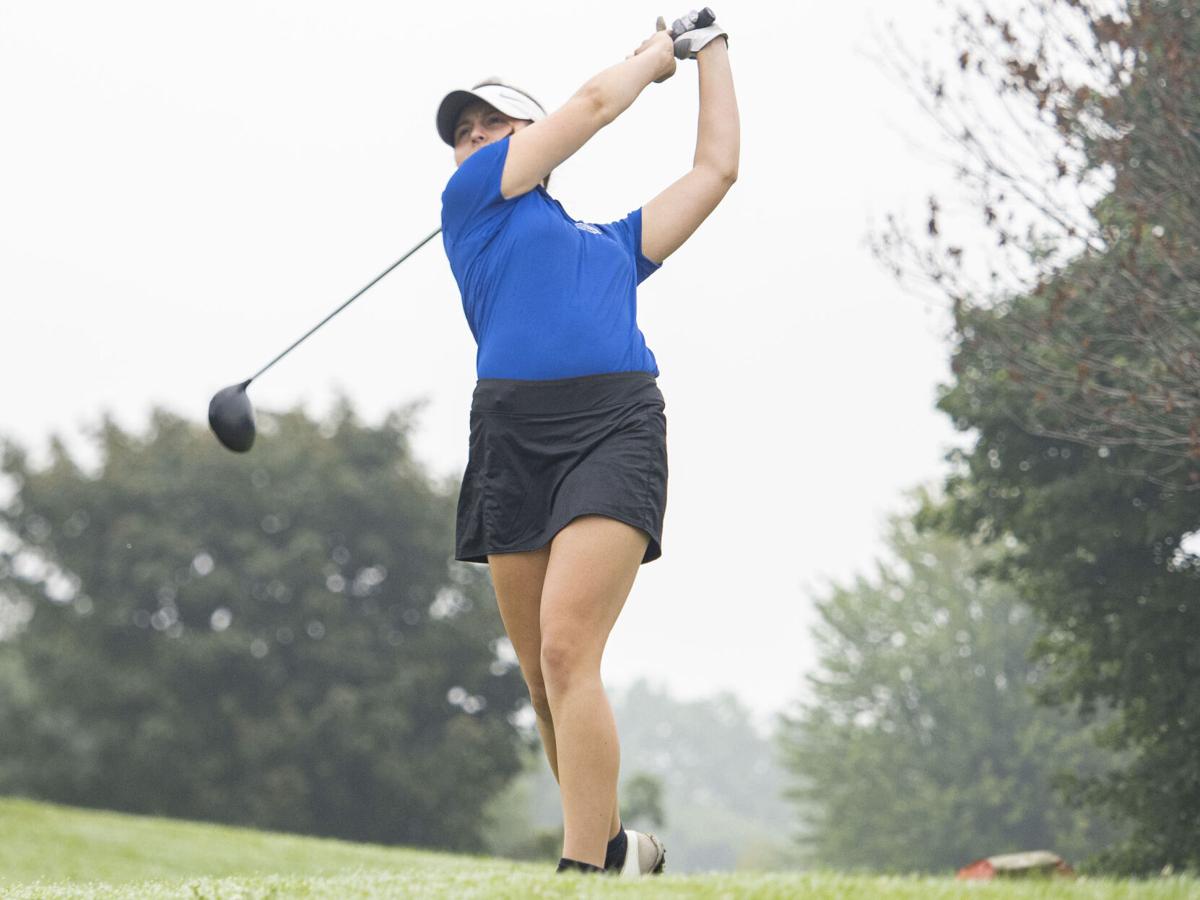 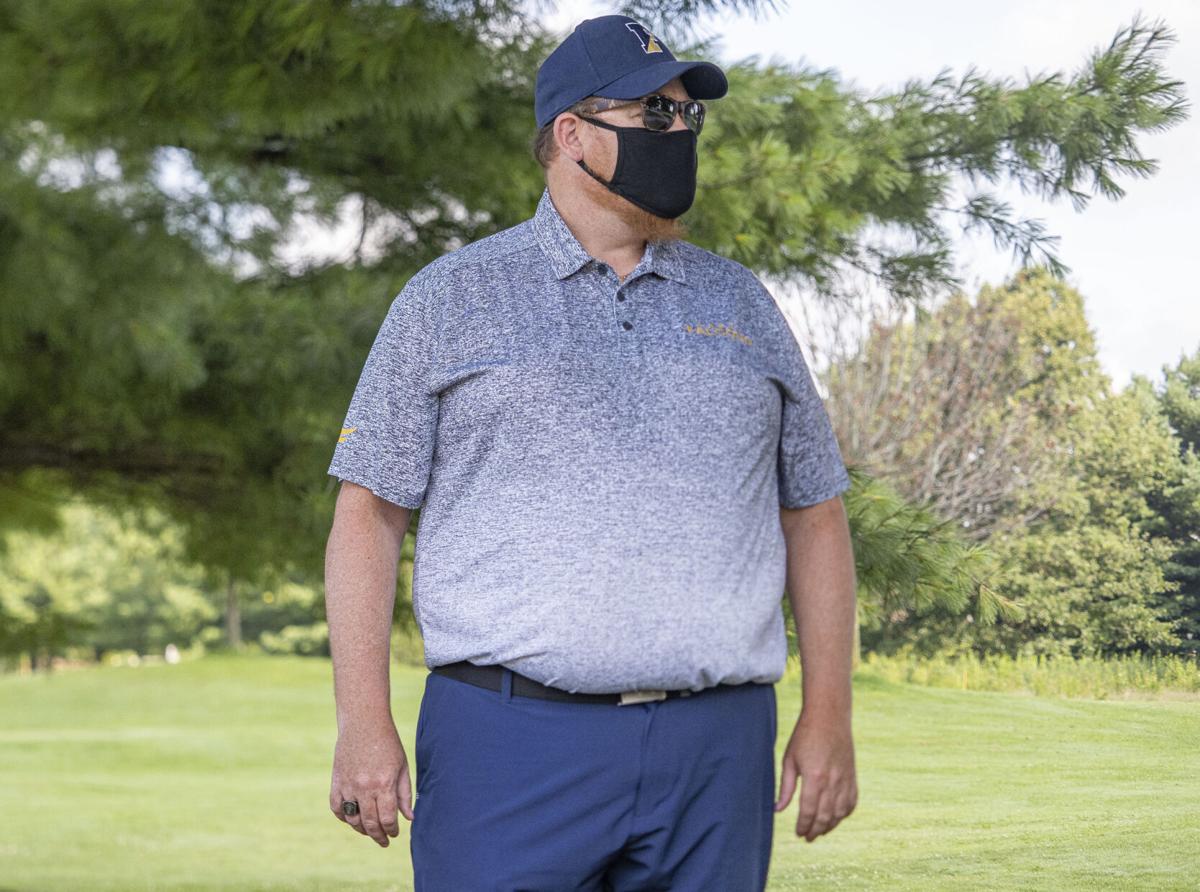 GOSHEN — When Concord senior Gracie Tucker chipped-in for birdie on her final hole Monday, she had no idea how important that shot would become.

That birdie would ultimately prove very valuable, as the Minutemen won the Goshen Invitational by one shot over Mishawaka Marian. Concord finished with a 370, while the Knights were at 371.

“I’m sure they’re all going through their games and what they could take out of it, but that’s OK, we’ll say it was that birdie on that last hole (that won it),” Concord coach Tara Boessler said.

Concord enters the 2020 season ranked No. 16 in the Indiana High School Golf Coaches Association’s Preseason Girls Golf Poll. The Minutemen added two key transfers in Brooke Watson (formerly from Elkhart Central) and Belle Brunner (formerly from Wawasee). Both girls had to apply for waivers to play immediately, and both were approved by the IHSAA.

Watson led Concord with a 78, her personal best at a high school competition. Brunner’s appeal didn’t go through until late Monday morning, however, so she wasn’t able to play until Tuesday.

This gives Boessler three strong players at the top, including Tucker.

“It’s a coach’s dream,” Boessler said. “We’re super excited to have that problem. Those three practice every day; they’ve done local tournaments, big tournaments and they’ve worked really hard. I think they’re excited about the potential of the team.”

Marian had the top individual, but only after a tiebreaker determined who would leave with individual medalist honors. Knights junior Selah Unwin and Lakeland senior Madison Keil both finished with a 76, forcing the tiebreaker. After both girls made par on their first hole, Keil had a par putt lip out on her second tiebreaker hole. Unwin tapped in her par to win top individual honors.

Lakeland as a team finished third with a score of 386. Along with Keil’s 76, the Lakers had a 94 from senior Bailey Hartsough and two 108s from junior Kylee Watkins and senior Sadie Edsall.

“This is going to be a great week to see what we really need to work on and what is that trouble spot,” Lakeland coach Cassidy Roush said. “You can see it at practice, but you really don’t know until you get into the matches. We have four of them all right away.”

The host Goshen RedHawks finished fourth with a 427. Sophomore Maya Narayan led the scoring for Goshen with a 100. The team score was 16 shots fewer than what the team scored in their home invite a season ago.

“It’s better than last year, and that’s all I’m asking for,” Goshen coach Jenny Pecenka said. “My girls definitely need improvement in a lot of areas. … we’re going to the range on Wednesday, so hopefully, that will fix stuff.”

In the coaching debut for Dennis Schooley, his Fairfield Falcons squad shot a 449. The Falcons were only limited to four players because some members of their roster didn’t get the two required practices in before the first invite to be eligible to play.

“It was good to see the girls out and playing, seeing where we need to improve and where we can work at in practice,” Schooley said. “I see some good things coming for the rest of the year.”

Monday marked the first official sporting event for the new Elkhart High School after Central and Memorial merged. It was the first time the two schools have been united since the 1971-72 school year.

“With the girls, its great,” Elkhart coach Scott Sekal said. “I have a great group of girls. It’s neat, with the combination, to have girls from both schools and to be united. It’s just an opportunity for us with new logos, with new everything — it’s still Elkhart. It’s always been Elkhart. I’m excited about that.”

The Lions had five players play, scoring a 457 to finish sixth out of seven teams. Sekal knows it’ll be a year of growth for his new roster.

The invitational was set up differently than it traditionally is. Instead of being paired together by skill level, each group was three players of the same school playing together. This meant schools played six players instead of the traditional five for a varsity meet.

It was also a shotgun start, spreading the players out across the course. This was designed to limit the interactions and potential spreading of germs between the schools.

Most coaches there were in favor of the format change.

“From a coach’s standpoint, I liked it because we could watch our whole team,” Boessler said. “But it was a different feeling for an invitational. We’ll play with whatever they tell us to go. It was just different; nice to see everyone playing in two groups next to each other.”

While Roush understood the format, she said not having competition against other players was missing.

“I think it was a little weird playing with our own team, but I get why they had to do it,” Roush said. “I think you get more competition, more drive when you’re playing another school.”

This format was only implemented by Goshen. Most other invitationals this week are keeping the traditional format, according to the coaches Monday.