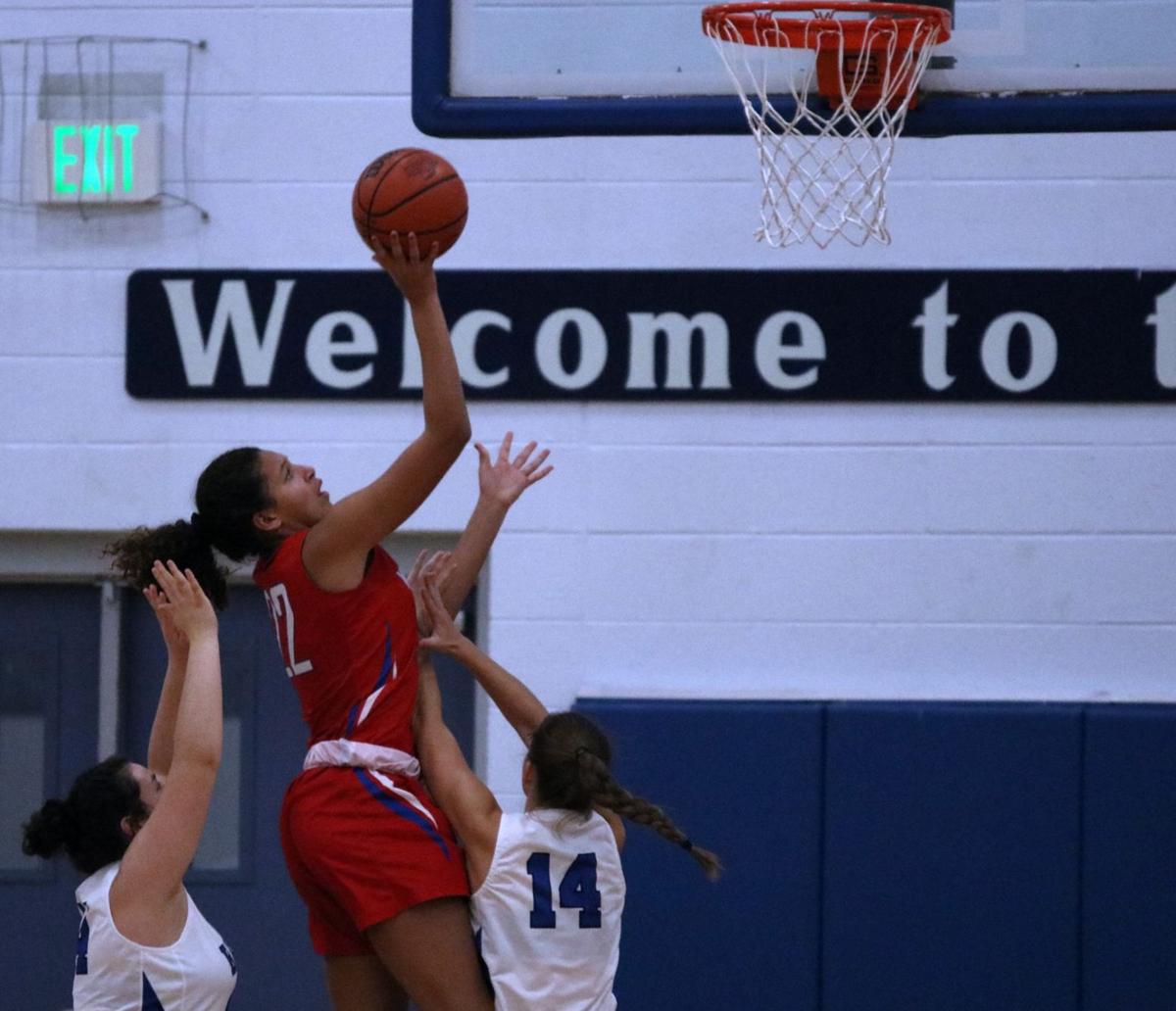 West Noble sophomore Jazmyn Smith goes up for a basket during the Chargers’ 50-27 victory over Bethany Christian Thursday in Goshen. 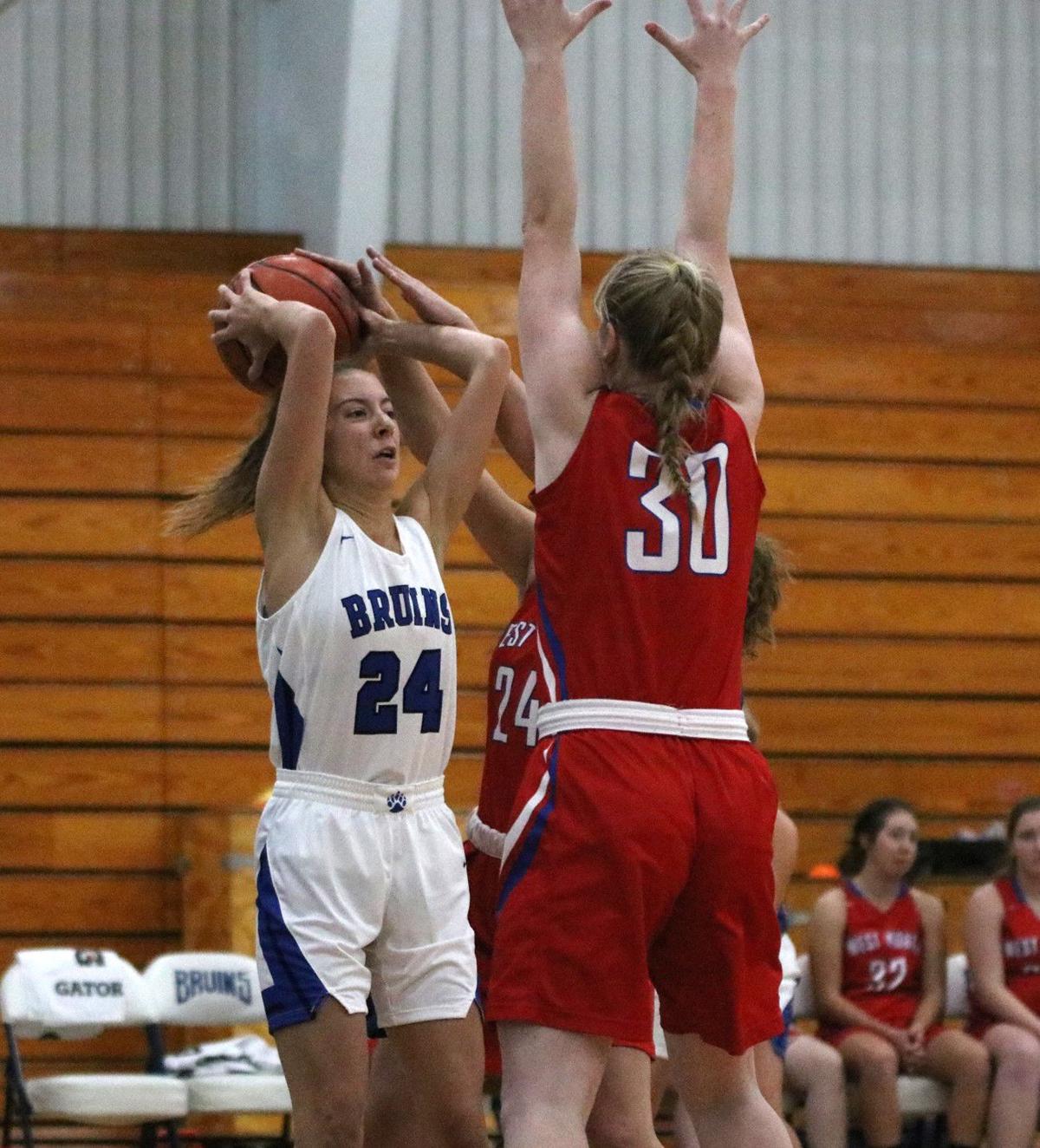 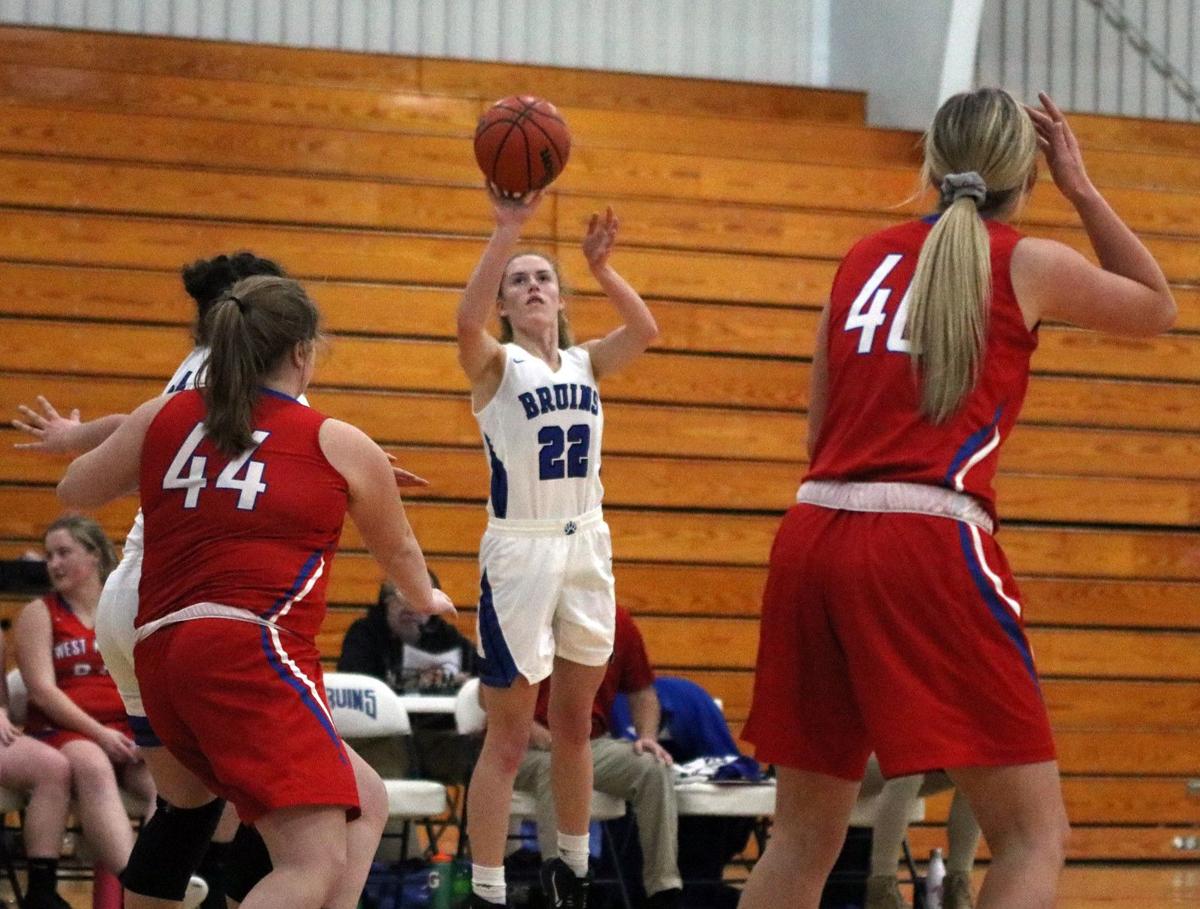 Bethany Christian junior Maddie Chupp, 22, shoots a jumper in the third quarter of the Bruins’ 50-27 loss to West Noble Thursday in Goshen.

West Noble sophomore Jazmyn Smith goes up for a basket during the Chargers’ 50-27 victory over Bethany Christian Thursday in Goshen.

Bethany Christian junior Maddie Chupp, 22, shoots a jumper in the third quarter of the Bruins’ 50-27 loss to West Noble Thursday in Goshen.

GOSHEN — West Noble went into the Menno Lands Thursday and emerged with a 50-27 victory over Bethany Christian to kickoff the 2019-20 girls basketball season for both teams.

Both West Noble and Bethany Christian enter the year with a lot of uncertainty. The Chargers graduated six seniors from a sectional championship team, while the Bruins lost leading scorer Anya Kauffman from a sectional finalist team.

The inexperience on both sides showed early, as turnovers plagued the first quarter. When the dust settled, West Noble held a 10-8 advantage, in large part to the play of Jazmyn Smith. The sophomore scored eight of the Chargers’ 10 points in the frame.

“The thing I was most impressed with Jazmyn is her composure,” Marano said. “I thought she was very composed for a sophomore in her first varsity start. I was really, really pleased with that. I thought she was under control and did an outstanding job at both ends.”

The second quarter is where West Noble would run away with the game, outscoring the Bruins 18-6 in the period to take a 28-14 advantage into the locker room.

West Noble went into cruise control in the second half, outscoring Bethany 10-5 in the third quarter and 12-8 in the fourth.

“I thought there were moments of brilliance out there, I really did,” Marano said. “And then there were times where it wasn’t quite as brilliant, and we’re going to clean that up. It was a typical first game.”

The Chargers were led on offense by junior Lilly Mast. After only scoring two points in the first quarter, Mast erupted for 18 points in the final three frames. She shot 3-of-5 from 3-point range to help spark the West Noble offense.

While the Chargers were able to clean up some of their play, turnovers continued to haunt the Bruins all night. West Noble forced 26 Bethany Christian turnovers, 22 of which were steals. Mast had seven steals and Smith six to lead the Chargers in that department.

“I think for us, ‘beginning of the season’ stuff is not where we’re going to be in three months,” Bethany Christian coach Krysten Parson said. “But, some of those little things, like effort things, are things we’re choosing to focus on. I think the turnovers will take care of themselves once we get a little more experience with each other.”

“We’re extremely aggressive, and sometimes the results of that aren’t beneficial,” Marano added. “But, in this case, it really was a positive for us. And, it’s contagious. Everyone that entered the game was going after loose balls, getting on the floor. This team’s always going to play hard.”

The Bruins didn’t leave the game unscathed either, as senior Jadyn Kaufmann was injured in the first quarter with an apparent knee injury. Kaufmann has torn her ACL in both knees and has to wear a brace on each one when she plays sports.

Parson said Kaufmann will be evaluated Friday. The coach was noticeably emotional talking about the senior following the game.

“It’s just one of those things that’s, ‘really?’ I just have no words,” Parson said. “She’s just one of the most resilient kids we’ve ever had. I’ve never coached a kid like her. To say, ‘This is not going to hold me back, I’m not going to play scared, I’m going to lay it on the line every single night.’ And, that’s what you expect from your seniors. But for someone who has two torn ACLs, you don’t always think that’s going to be the mentality.”

Kaufmann’s injury allowed junior Maddie Chupp to have a bigger role in the game. She finished as the Bruins’ leading scorer with eight points.

“Maddie is a kid that just needs to play with confidence, and often times she does,” Parson said. “The difference between her this year is that last year she was a shooter; this year, she’s a scorer. And, we need her to be a scorer. I think she’s ready to step into that.” 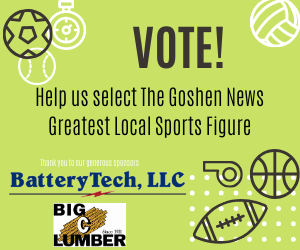