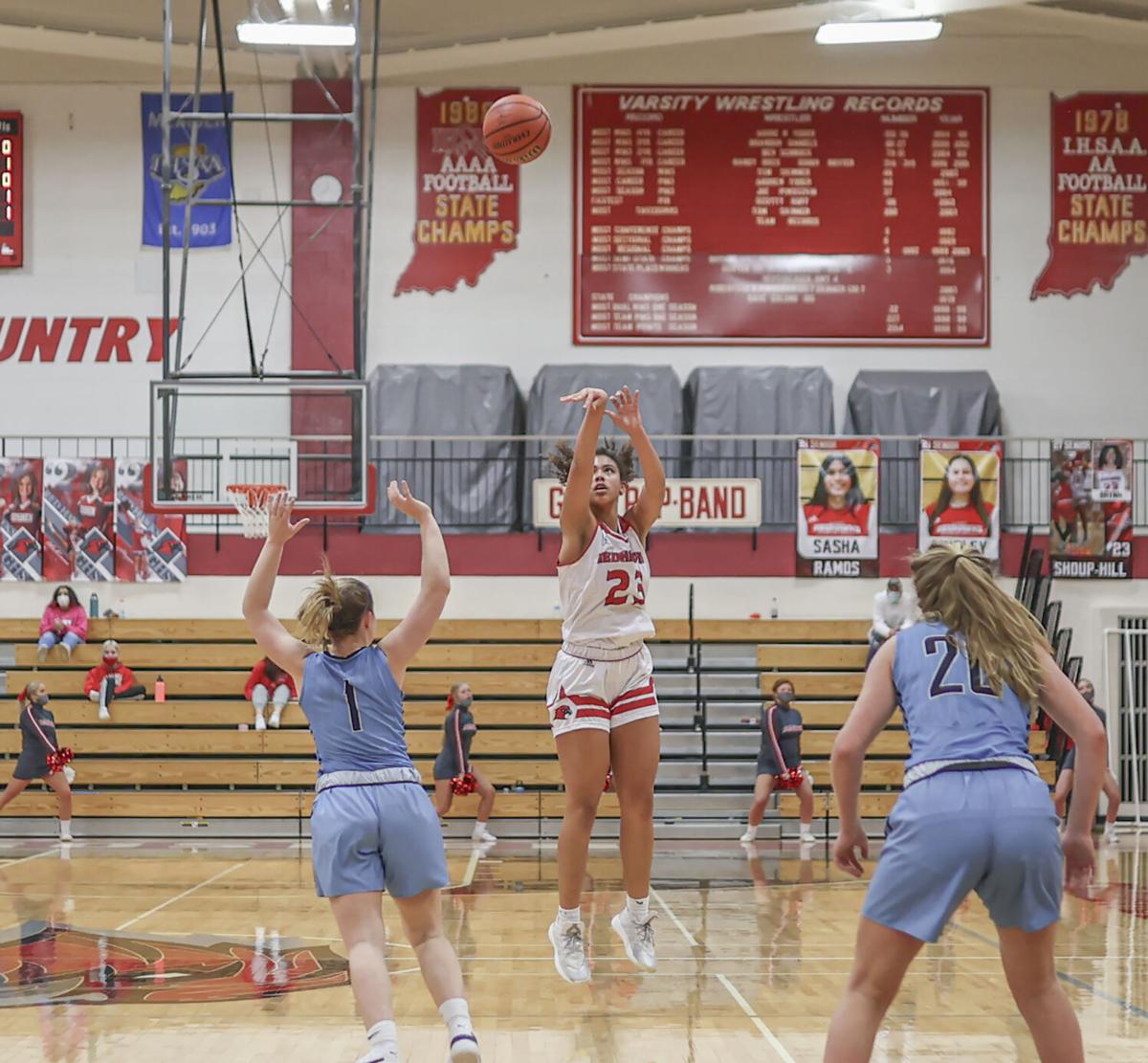 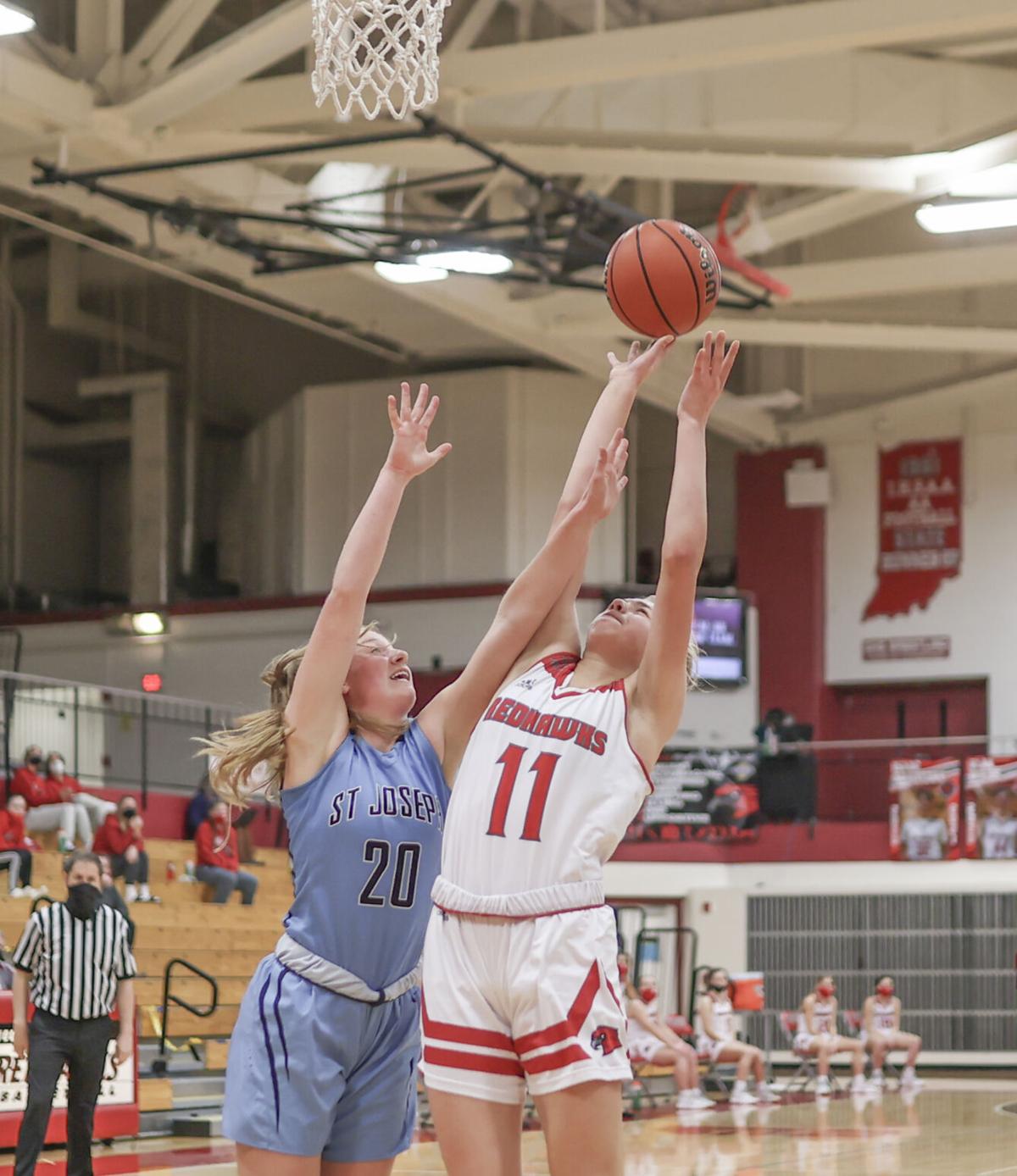 Goshen sophomore Tyra Marcum (11) puts up a shot under the basket while being guarded by St. Joe senior Sarah Hiestand (20) during Tuesday evening’s game at Goshen High School. 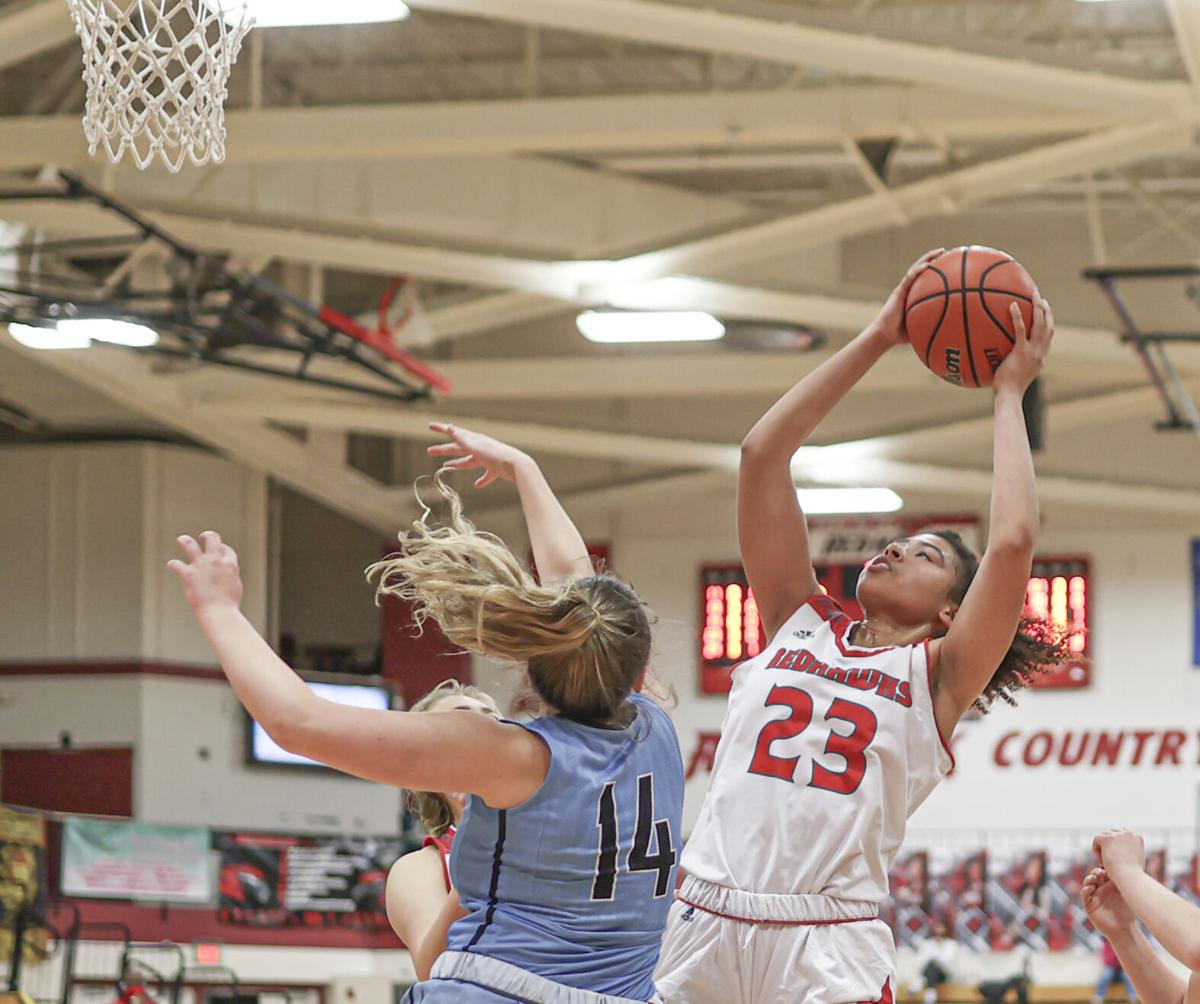 Goshen senior Brynn Shoup-Hill (23) grabs a rebound over St. Joe senior Hannah Tyler (14) as the Indians came to Goshen to take on the RedHawks on Tuesday evening. 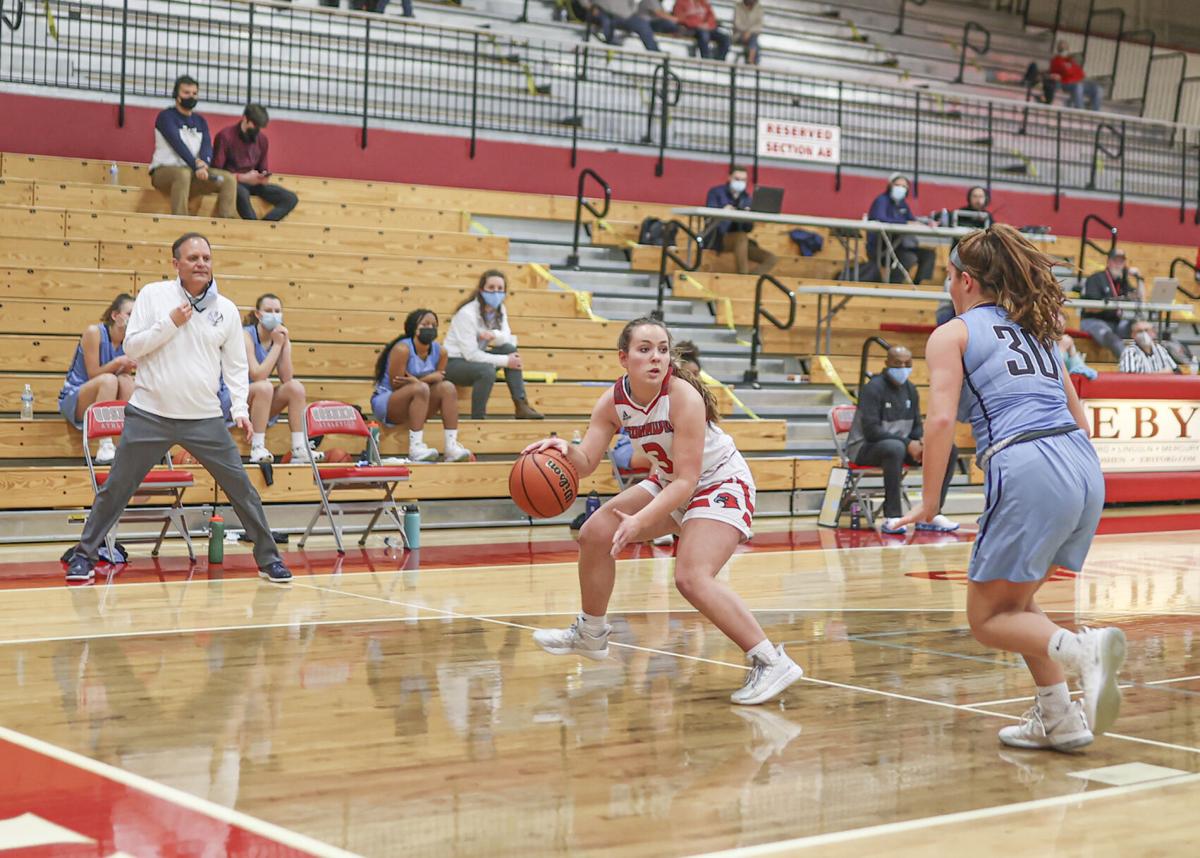 Goshen sophomore Tyra Marcum (11) puts up a shot under the basket while being guarded by St. Joe senior Sarah Hiestand (20) during Tuesday evening’s game at Goshen High School.

Goshen senior Brynn Shoup-Hill (23) grabs a rebound over St. Joe senior Hannah Tyler (14) as the Indians came to Goshen to take on the RedHawks on Tuesday evening.

Brynn Shoup-Hill came into the game just two points shy of tying 2013 grad Aimee Swihart’s record of 1,217 points. She managed 15 to break the record and help give the RedHawks a 42-35 win over the South Bend Saint Joseph Indians.

“It means a lot,” Shoup-Hill said of now being the all-time points leader. “I’ve known Aimee since I was little, and she’s always been someone I’ve looked up too. So to break her record means a lot to me. … And now hopefully this will help propel us through the season and give us some motivation going forward.”

In a night where points were to be celebrated, neither team could score many early in Tuesday night’s contest.

Both squads traded four three-point baskets in the first quarter, including Shoup-Hill’s record-breaking make that gave Goshen 14-3) a 6-3 advantage midway through the quarter.

The RedHawks built some momentum and the lead to five early in the second quarter, but the Indians (10-8) had no plans of backing down.

The defensive slugfest went back-and-forth until halftime, when Goshen held a slim 16-15 lead.

The third quarter held much of the same: scrappy defense on both sides to go along with opportunistic offense.

Only seven total points were scored through the first six minutes of the period with the seventh being a game-tying free throw from South Bend Saint Joseph that made it 19-19.

The fourth quarter is when Goshen started to impose its will.

The RedHawks outmuscled the Indians through much of the final eight minutes of play, manufacturing an 11-2 run halfway through the fourth to extend their lead to 11 and put some distance between them and their opponent.

“We were just looking for everyone else to be aggressive during that stretch,” Goshen head coach Shaun Hill said, referring to the 11-2 blitz. “They were locking down on Brynn, so we just tried to get everyone else involved and get them in attack mode. I thought that helped give us the cushion that helped finish the game.”

The Indians did their best to crawl back into the game after back-to-back threes cut the Goshen lead to five with just more than two minutes left in the game.

Unfortunately for South Bend Saint Joseph, shots weren’t falling near the end and that allowed the RedHawks to ice the game with six made free throws during those final two minutes.

Shoup-Hill ended up scoring 10 second-half points to lead her team with 15, while Tori Eldridge added nine.

In the losing effort, Ratigan led all scorers in the game with 17 points. She knocked down four of South Bend Saint Joseph’s seven baskets from beyond the arc.

Goshen has now won six of its last seven games and will look to keep things going in the right direction with a huge conference matchup coming up on Saturday with Warsaw (13-3, 4-0 NLC).

“Today, we had to be 1-0 to start the week,” Hill said. “And now we’re going to get ready for Warsaw and prepare for the best version of Warsaw that they can bring at us. Right now is when the preparation begins for the next one.”