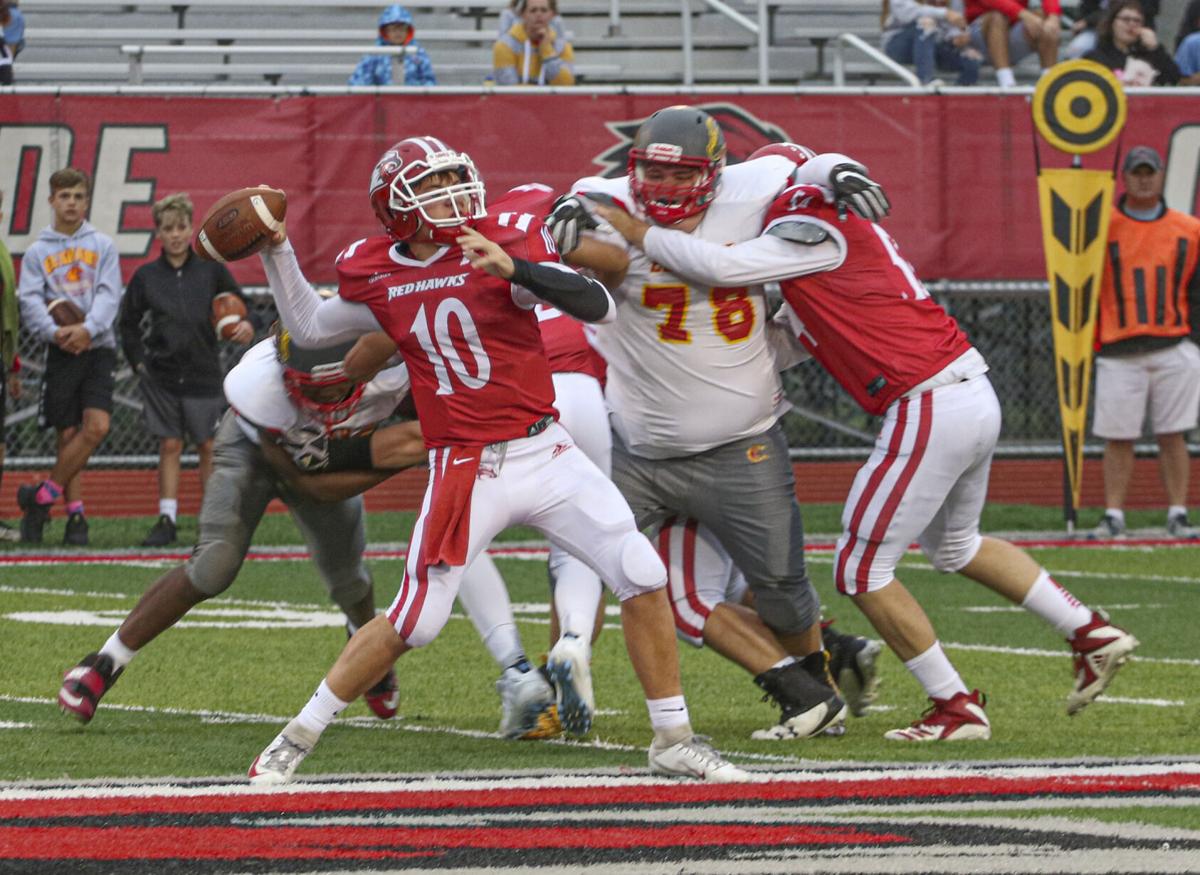 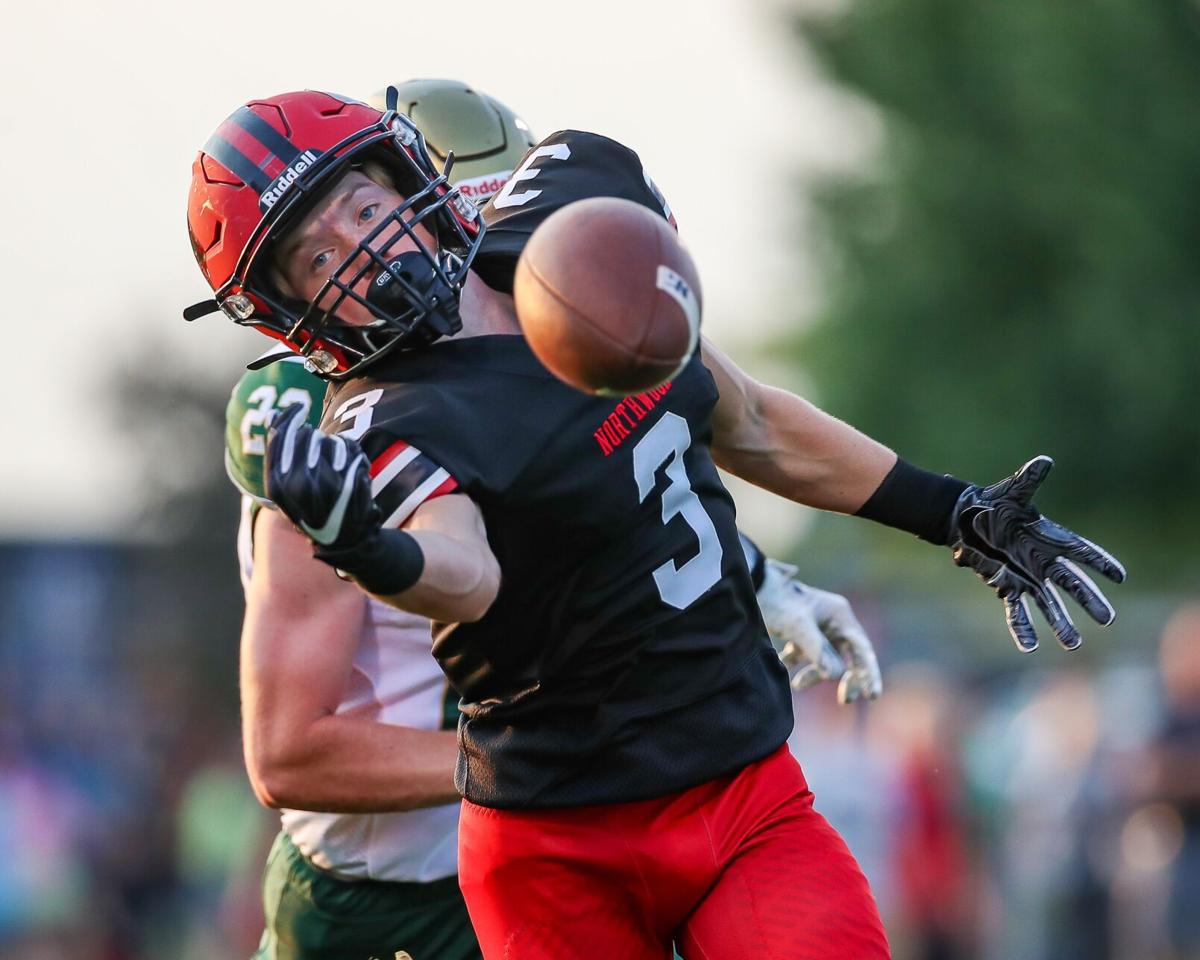 NorthWood junior Kyle Sellers (3) attempts to make the catch against Wawasee at NorthWood High School in Nappanee, in this file photo from the 2019 football season.

NorthWood junior Kyle Sellers (3) attempts to make the catch against Wawasee at NorthWood High School in Nappanee, in this file photo from the 2019 football season.

GOSHEN — Instead of going to your local high school to watch Friday night football this season, fans could have the option of watching the game from home, live-streamed on the internet.

A pay-per-view game is a possibility several area Athletic Directors are looking at should fans not be allowed to attend games this fall or if their numbers are drastically reduced due to coronavirus pandemic restrictions.

At this point, no decision has been made about the reopening of schools or about whether or not fall sports seasons will even be held.

Dr. Lydia Mertz, the Elkhart County Health Department Health Officer, announced late Wednesday that the health department is monitoring the spread of the virus in the county and that the spread must decrease before schools can reopen.

“Pay-per-view is an option we are looking at through the IHSAA. It’s something I would feel obligated to provide because of COVID-19 but not something we would be doing if not for the pandemic,” Goshen AD Larry Kissinger said.

Kissinger shared the cost of the pay-per-view might be around $10 per game.

“If we charge $10 for the pay-per-view, the company working with the IHSAA will get 20 to 30 percent of that,” the AD said. “I can’t imagine we would get anywhere near the revenue we would take in as we do from ticket sales. I can see getting a few local people and some Goshen alumni that live out of the area tuning in. But I can also see eight to 10 students getting together as a group to watch the game in someone’s backyard. Schools are not going to see the same amount of revenue in situations like that.”

Branden Beachy, the Network Administrator at Goshen Community Schools, Brian Sapp, who is in charge of the GTV station, and Tyler Miller, an assistant to the AD, are working to coordinate the project through the IHSAA.

“Brian (Sapp) experimented with the concept during basketball season and feels he has two or three cameras already he can use. So we should not have much more upfront costs,” Kissinger said. “The plan is to use the broadcast of Brent Randall and Denny Weldy (ElkhartCountySports.com) to go with the video.”

According to Kissinger, the pay-per-view process has been talked about for a while.

“The IHSAA began discussing this back in May or June,” he said. “We have also been talking about it in our weekly NLC AD’s meeting. I think Mishawaka and Warsaw have done some of this before and NorthWood has live-streamed games.”

Athletic Director Dave Harms is working on a plan in case the Raiders have to play games with few fans or none at all.

“We have been thinking about having no fans at the games,” he said. “We can live-stream over the internet so people that want to watch can at least have that option.

“There would be some initial start-up costs to do it, but once we get setup, we would be capable of doing more sports. But we would probably start out with a limited number of events.”

There would be a game fee to watch.

“It would be like watching a movie,” Harms said. “Schools have to figure out ways to get some money back for the cost of us live-streaming games.”

“We may play some sports or push back the start of the season. We will have a season. I’m just not sure at this time what it will look like.”

Athletic Director Norm Sellers confirmed that his school is also exploring the option of live-streaming events.

“We are looking at it through the IHSAA Championship Network. We would have to get the equipment, but they provide the software so we could broadcast in a pay-per-view model,” he said. “We would have audio as we would be broadcasting over the internet and on the radio at the same time.”

Sellers shared that charging fans in this way is something schools would have to do if fans are not allowed to attend games.

“Events do not run for free,” he said. “If you play the game without the fans, you still have costs involved like paying for officials.

“Athletic departments operate on a flat-line budget. We plan on having about the same amount of revenue every year.”

About the probability of having a fall sports season?

“That is the 5 million dollar question I keep getting asked,” Sellers said. “I am trying to stay optimistic and positive about the situation. My goal is to let the kids compete, but it has to be in a safe environment. That has to be the No. 1 priority.”

Sellers also has to deal with the situation as a parent, as one of his sons, Kyle, will be a senior at NorthWood this year.

“The risk of him losing his senior season is one the reasons I am trying to stay positive about the situation,” Sellers said. “I am moving forward on the basis we are going to play.”