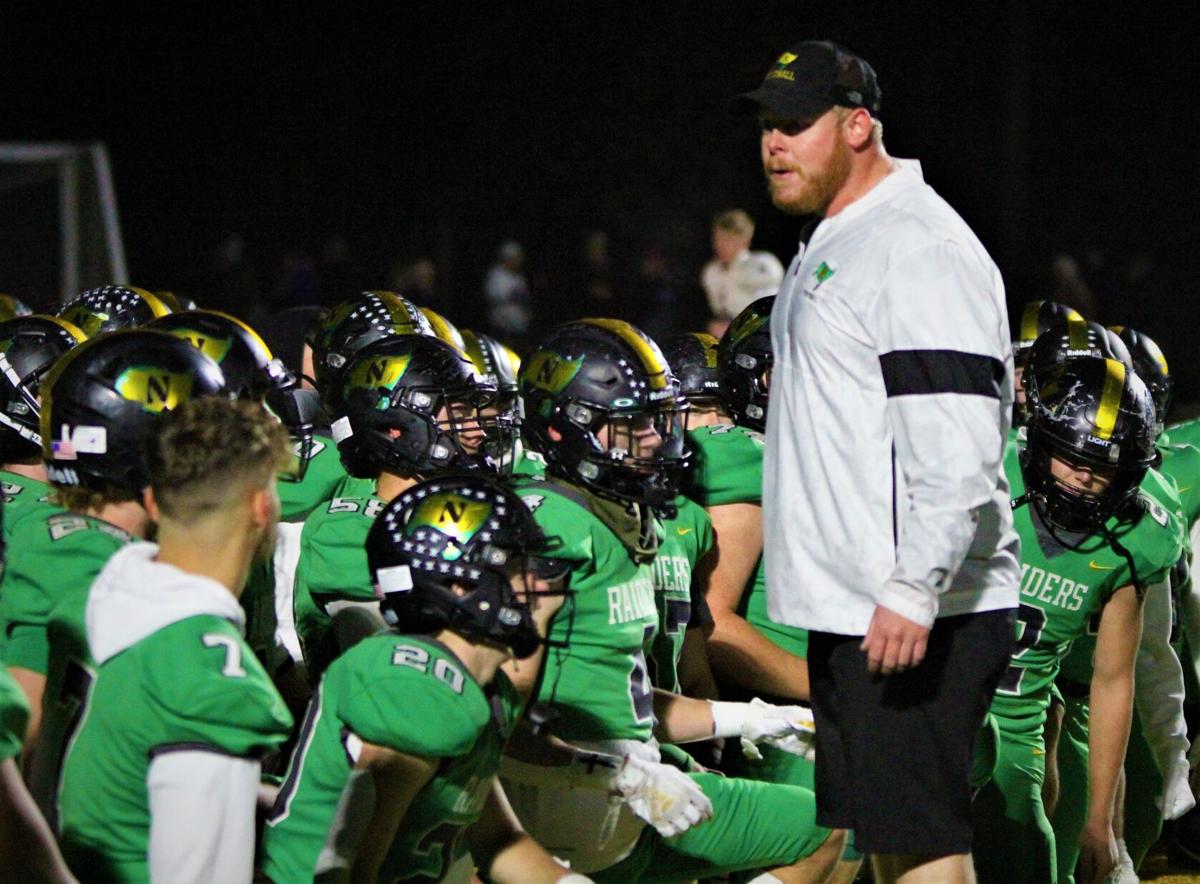 Northridge head coach Chad Eppley talks with his team after the Raiders defeated Leo in the sectional championship game on Nov. 5 at Northridge High School in Middlebury. 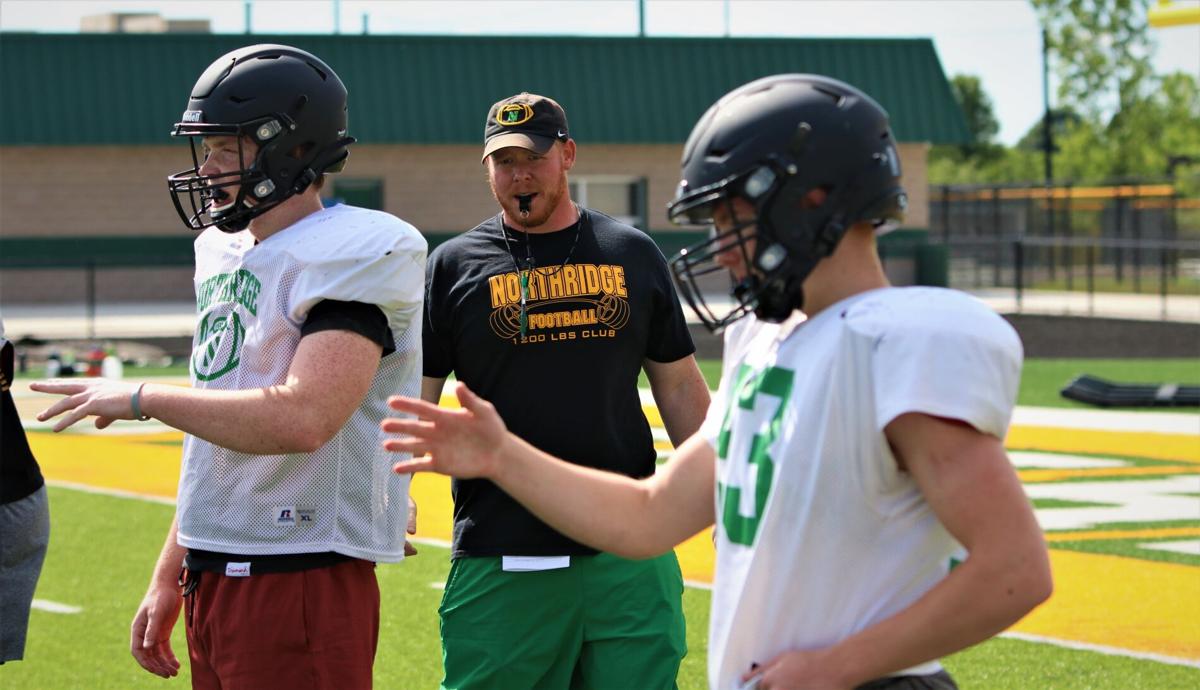 Northridge head coach Chad Eppley watches his players during a practice in June at Northridge High School in Middlebury.

Northridge head coach Chad Eppley talks with his team after the Raiders defeated Leo in the sectional championship game on Nov. 5 at Northridge High School in Middlebury.

Northridge head coach Chad Eppley watches his players during a practice in June at Northridge High School in Middlebury.

Taking over for Tom Wogomon — the most successful head coach in program history — Eppley wanted to embrace what his predecessor brought to the Raiders football program, while also creating his own culture during his first year as head coach.

“The thing about Chad is that this is going to be his program,” said Wogomon last March. “This will be his own. He’s a tireless worker … He has, from the very beginning, moved into the community, jumped right in — and that’s how he’s going to take this job. He’s going to jump in right away and make it his own.”

Eppley quickly established his own culture, implementing the slogan ‘Why not us?’ during the summer. The goal was a state championship from the beginning for Eppley. He felt the program was in a position to potentially take the next step after Wogomon helped evolve Northridge football into a playoff contender following years and years of under .500 records.

“I didn’t want to do a complete 360 because there was no need to,” Eppley said. “There was a reason why this school went from not winning games to coach Wogomon coming here and establishing a winning culture. I just wanted to build on that. So, that’s where the ‘Why not us’ comes into play and kind of expanding on what he’s created, and I think the kids bought into that. The talk about state and ‘Why not us’ at the beginning of the season, I think they loved it and it helped us out.”

Despite a roller coaster of a regular season, the players and staff truly bought into Eppley’s philosophy during the team’s recent five-game trek through the postseason. Now, Eppley has the Raiders just one win away from the ultimate prize: the program’s first football state championship in school history.

“I really just thank the kids and the coaches that have helped me,” Eppley said. “The fact that they bought-in and truly believed in me and, you know, got here. It’s huge. I mean, we put in the work and stuff like that, but it’s up to them to execute the game plan. Just the fact that they believe in us and know that we’re going to put them in the best situation possible is probably the best thing I’ve felt during this season.”

Coming off of a 6-3 campaign in 2020, Northridge lost not only its head coach, but a multitude of important seniors as well. For the Raiders to reach their goals coming into this season, a new batch of seniors needed to step up and create a bond that would help breed excellence in both practice and in games.

Players like Micah Hochstetler, Evan Kaehr, Clint Walker and Ridge Howard needed to set an example for the rest of the team from the beginning that they believed in Eppley’s system. Once that happened, everyone else followed suit.

“I think I bought-in in the scrimmage; just the whole summer, going through all of the practices,” Hochstetler said. “Just how (Eppley) is able to talk things out; he doesn’t let his pride get in between. Like, we just talk things out. I can check stuff; he can talk through everything. I think that’s when I bought-in just because he had that ability to change things if he needs to.”

From then on, Eppley’s culture grew and the team’s bond intensified with each passing week. Even when times got tough and things looked dreary heading into the playoffs, Eppley managed to keep his team believing.

An underdog throughout most of its postseason run, the Raiders have embraced the role. Behind quarterback Tagg Gott leading the offense and a tenacious run defense holding its own against quality rushing offenses, Eppley and his staff have perfected a game plan that their players truly believe in.

The question now is: will Eppley put together a plan that puts his team in position to beat a very strong Mount Vernon group in Indianapolis on Saturday afternoon? With the way Northridge has played over the past five weeks, why not?

“I’m going to be nervous, but we say nervousness is excitement,” said Eppley when asked about his expected emotions on Saturday. “Probably a little scared, but we also say fear is a liar. So, I’ll kind of have those things in the back of my head. The other thing I was thinking about last week when I kind of doubted things a little bit, I just kept thinking, ‘Why not us?’ and it kind of got me through it.”

How to watch on TV: If you can't make it to Indianapolis, WHME-46 and Bally Sports Indiana will broadcast the game. Check your local listings to find those channels.