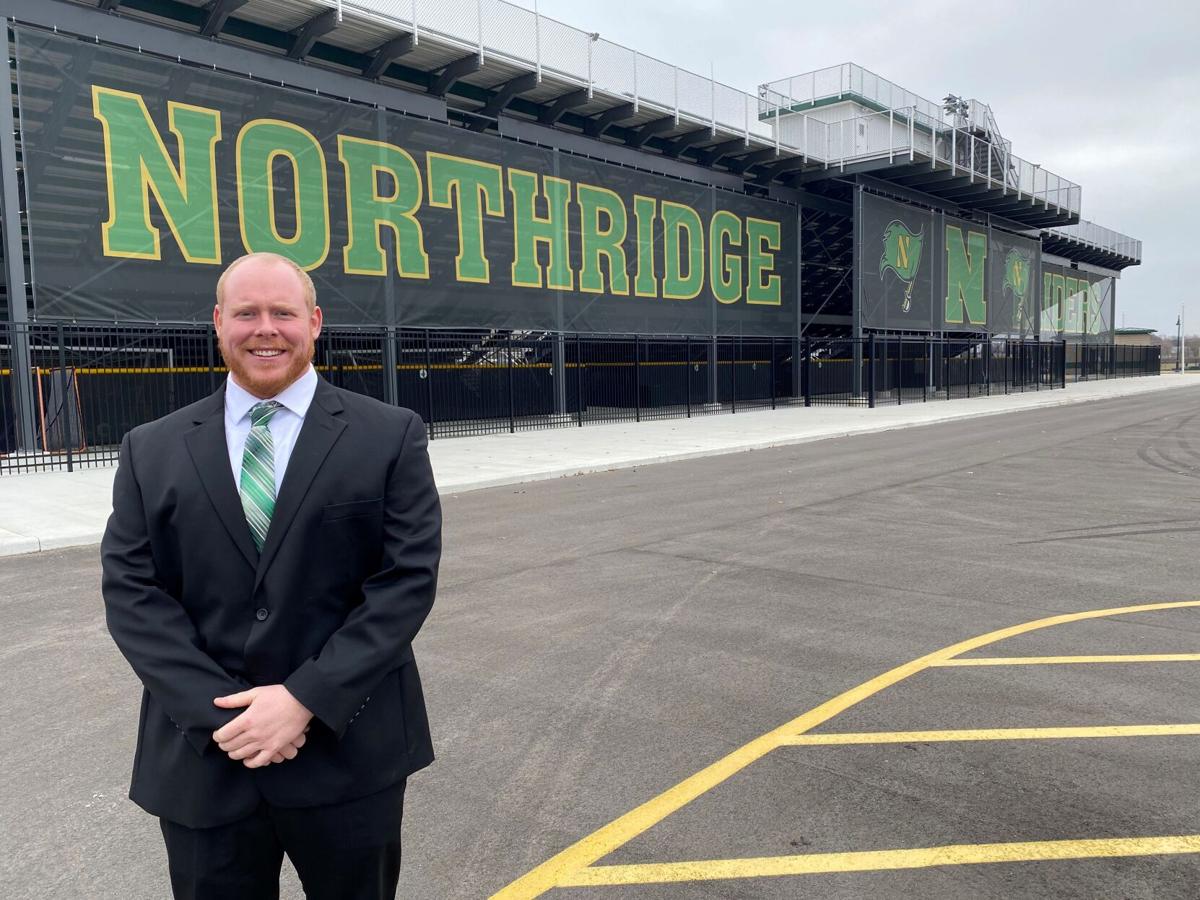 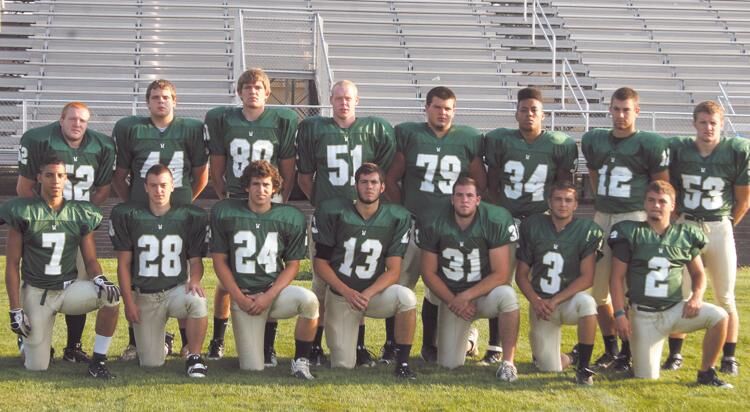 Then-Wawasee junior Chad Eppley (51) with the returning letterwinner players on the 2011 Wawasee football team. Eppley played offensive and defensive line for the Warriors, making the All-State team his senior season as an offensive lineman.

Then-Wawasee junior Chad Eppley (51) with the returning letterwinner players on the 2011 Wawasee football team. Eppley played offensive and defensive line for the Warriors, making the All-State team his senior season as an offensive lineman.

MIDDLEBURY — The next head football coach at Northridge High School is a familiar face to many across the area.

Chad Eppley was officially approved as the new head coach at Tuesday’s Middlebury Community Schools Board of School Trustees meeting. Eppley, 26, has been an assistant coach for Northridge the past two seasons, including the co-defensive coordinator role in 2020. He also teaches math at the high school.

“It’s awesome; it’s a pleasure,” said Eppley on being the new Northridge head coach. “I can’t wait to finally get the guys going here; get ready to go. Our whole goal is to build great men and great leaders in our community, so I’m ready to get that started.”

Eppley replaces Tom Wogomon, who retired from the role near the end of January. Wogomon went 52-34 in eight seasons leading the Raiders, including a regional championship in 2014.

Prior to coming to Northridge, Wogomon spent six seasons coaching Wawasee. The last four included Eppley as a player, where he was a standout offensive and defensive lineman. Eppley was on the North roster in the 2013 Indiana North-South All-Star game following his senior campaign.

Eppley then played four seasons at the University of Indianapolis as an offensive lineman. Following college, he spent two seasons as a teacher and assistant football coach at Westfield High School in Indianapolis before Wogomon recruited Eppley to his staff prior to the 2019 season.

“It’s amazing that he started off as my head coach my freshman year of high school,” said Eppley of Wogomon. “I went and played college football, got kind of sidetracked and coached somewhere else for a few years and then he brought me back here. Now it’s come kind of full-circle and it’s pretty incredible.”

Wogomon was in attendance for Eppley’s introductory press conference Tuesday and said the program is in good hands with the new head coach.

“The thing about Chad is that this is going to be his program,” Wogomon said. “This will be his own. He’s a tireless worker … He has, from the very beginning, moved into the community, jumped right in — and that’s how he’s going to take this job. He’s going to jump in right away and make it is own.”

Northridge Athletic Director Dave Harms said a total of 18 candidates applied for the job. Six were interviewed, with two then being brought in for final interviews.

“We’re excited to have Chad continue building on the Northridge football tradition. Chad knows our kids and relates to them very well,” Harms said in a statement released by the school. “He can build on those relationships and take us to the next level. This is a great fit. His energy, enthusiasm, and desire to improve will help our team tremendously.”

Eppley now becomes one of the youngest head coaches in the state at just 26 years old. He feels like that’s the perfect age for him to have his first head coaching job at.

“It helps me relate more to the kids,” Eppley said. “I can kind of joke around with them and things like that. But also, there’s a maturity level where they can respect me and do what I ask them to do while also having a good time. I think that’s a benefit, in my part, that I can relate to them a little more and build better relationships.”

Northridge went 6-3 last season, falling to Leo in the sectional opener. It opens its season on Aug. 20 at South Bend Adams. His first game as a head coach against his alma mater, Wawasee, is Sept. 3 in Middlebury. Although he grew up wearing green and gold, he’s now all-in on the green and yellow.

“I always tell my players this when they ask me that because they like to bring up that I went to Wawasee and things like that — I always just tell them that I’m a Raider now,” Eppley said. “That’s all I care about.”