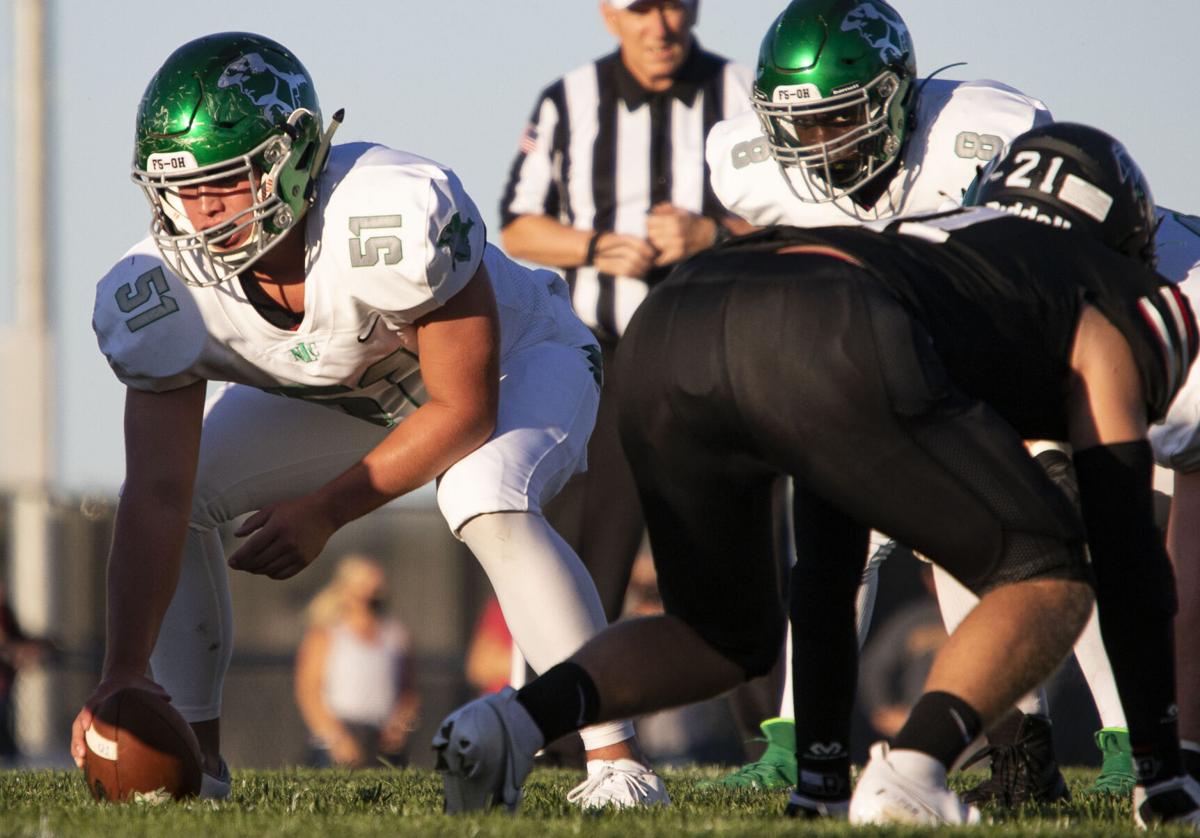 Concord Minuteman offensive linemen Griffin Swartout (51) sets the ball during the game Friday against the NorthWood Panthers at NorthWood High School in Nappanee. 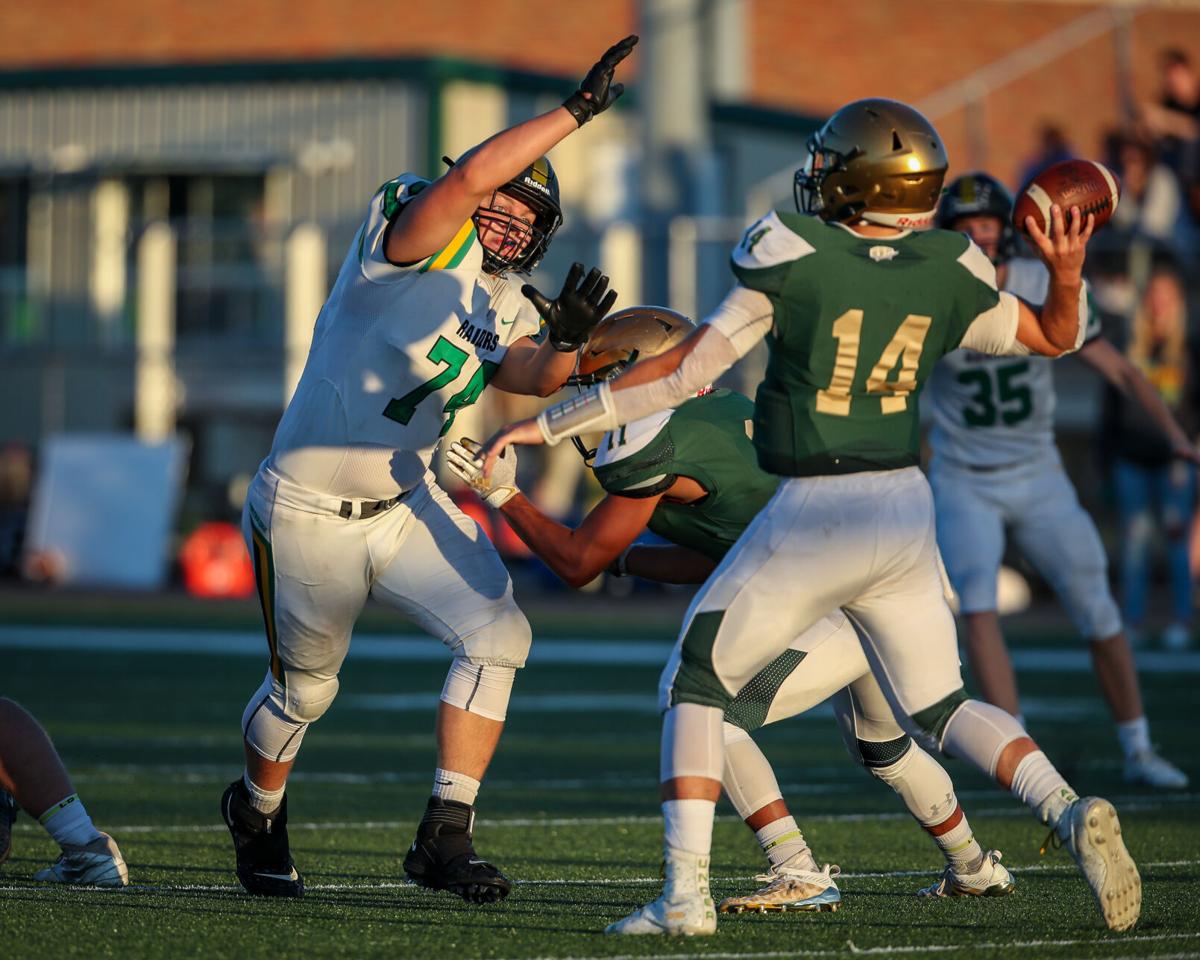 Concord Minuteman offensive linemen Griffin Swartout (51) sets the ball during the game Friday against the NorthWood Panthers at NorthWood High School in Nappanee.

GOSHEN — The Northridge Raiders came out on top in the battle of unbeaten Northern Lakes Conference teams with the Wawasee Warriors Friday night in Syracuse and the Middlebury squad has yet to allow a point so far this season.

Senior quarterback Logan Hooley ran for a touchdown and passed for another score to classmate Barrett Reschly and senior Dom Crowder rushed for the other score as the Raiders blanked the Warriors 20-0.

Northridge defeated South Bend St. Joseph 42-0 in Week 1. It’s the first time the Raiders have notched back-to-back shutouts since the 2013 season. Northridge finished 11-3 in that special season, advancing all the way to the Class 4A semistate before dropping a 28-10 decision to New Prairie.

The Raiders opened the season by shutting out two of their first three opponents — South Bend Adams (14-0) and Wawasee (55-0). The team ended the regular season by blanking Goshen (42-0), Concord (35-0) and Elkhart Memorial (31-0) before topping Fort Wayne Dwenger 21-0 in the sectional opener.

The Nate Andrews-coached Panthers turned a fourth-and-9 situation into the game’s first touchdown — a 69-yard pass play from Kaden Lone and Kyle Sellers.

On three other first-half fourth downs, NorthWood turned the ball over on downs twice and punted once.

There were four more fourth downs for the Panthers in the second half. The first two resulted in punts and the third in turning the ball over to coach Craig Koehler’s Minutemen.

With 2:50 left in the game, Lone launched a 59-yard punt on fourth-and-3 and though Concord quarterback Hunter Dutton completed passes to Jack D’Arcy, Amarion Moore and Armen Koltookian to move away from its own end zone, the NorthWood defense stiffened, took the ball over and ran out the game’s last 67 seconds.

For the record, four of Concord’s eight fourth downs ended with punts from three different kickers — Dutton, Grayson Mast and Zaven Koltookian. Twice the visitors turned the ball over on downs.

Another drive stayed alive on a Panther penalty. A fake resulted in Will Odhiambo running for a first down in the third quarter. There was also the first down pass from Dutton to Armen Koltookian in the fourth quarter.

It’s the first 2-0 start for coach Matt Thacker in this his third season at the school.

The Lions were 52-28 winners Friday at Columbus East. Elkhart is off to a 2-0 start after opening with a 35-28 victory over Mishawaka.

Elkhart Central and Elkhart Memorial were formed when the old Elkhart High School was split into two schools for the 1972 season. Both Central and Memorial opened the 1972 campaign by going 2-0.

The Memorial Crimson Chargers topped Michigan City Rogers 14-8 and Michigan City Elston 19-7. The team also went on to post a 3-5 overall record, 3-4 in the NIC for Coach Jim Hales.

Northridge, Lafayette Central Catholic, Tell City and Winamac have not been scored on to lead the state defensive leaders. Goshen and Fairfield are tied fro 15th at 6.0, Wawasee shares 19th at 6.67 and NorthWood is 44th at 10.5.