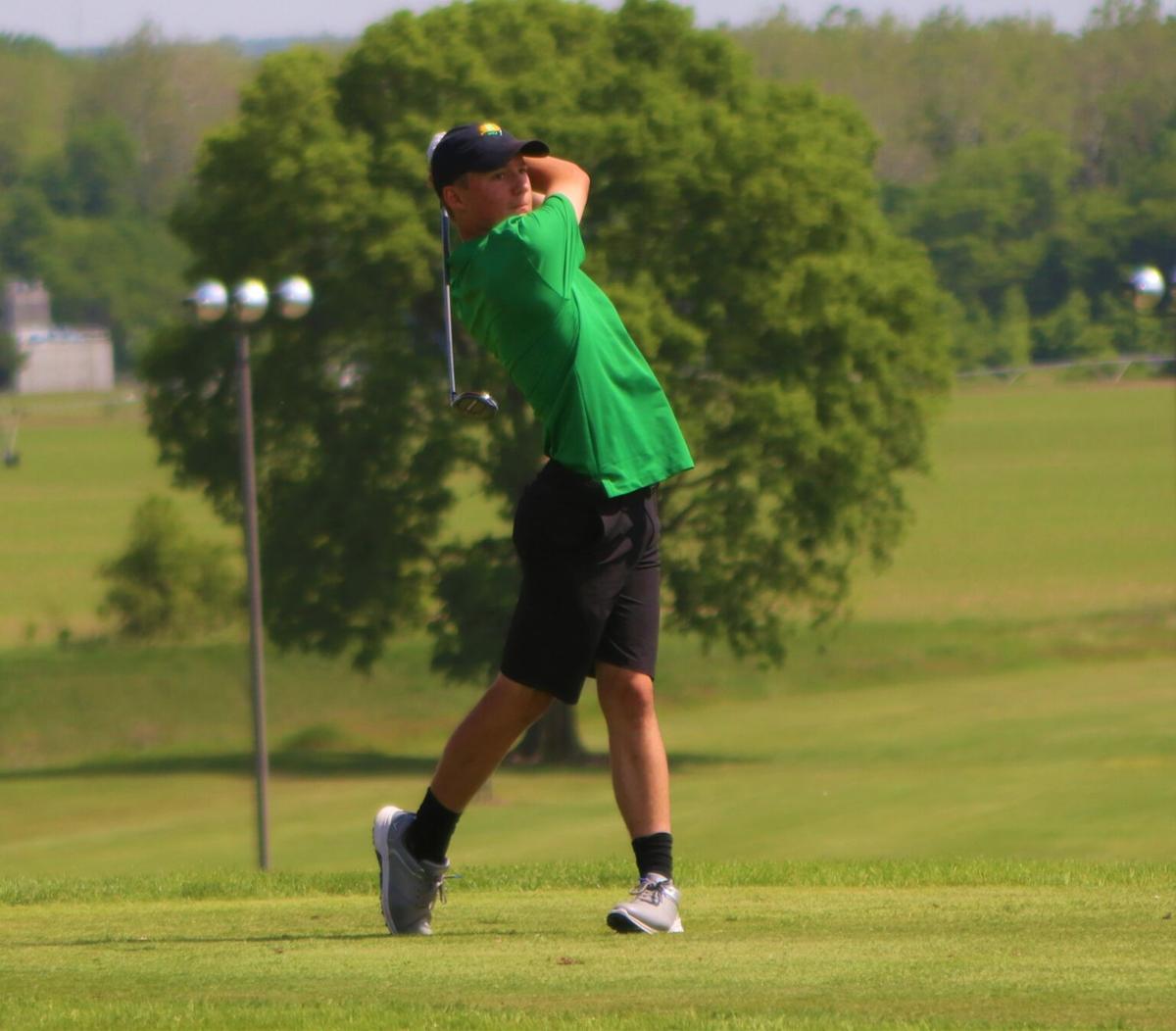 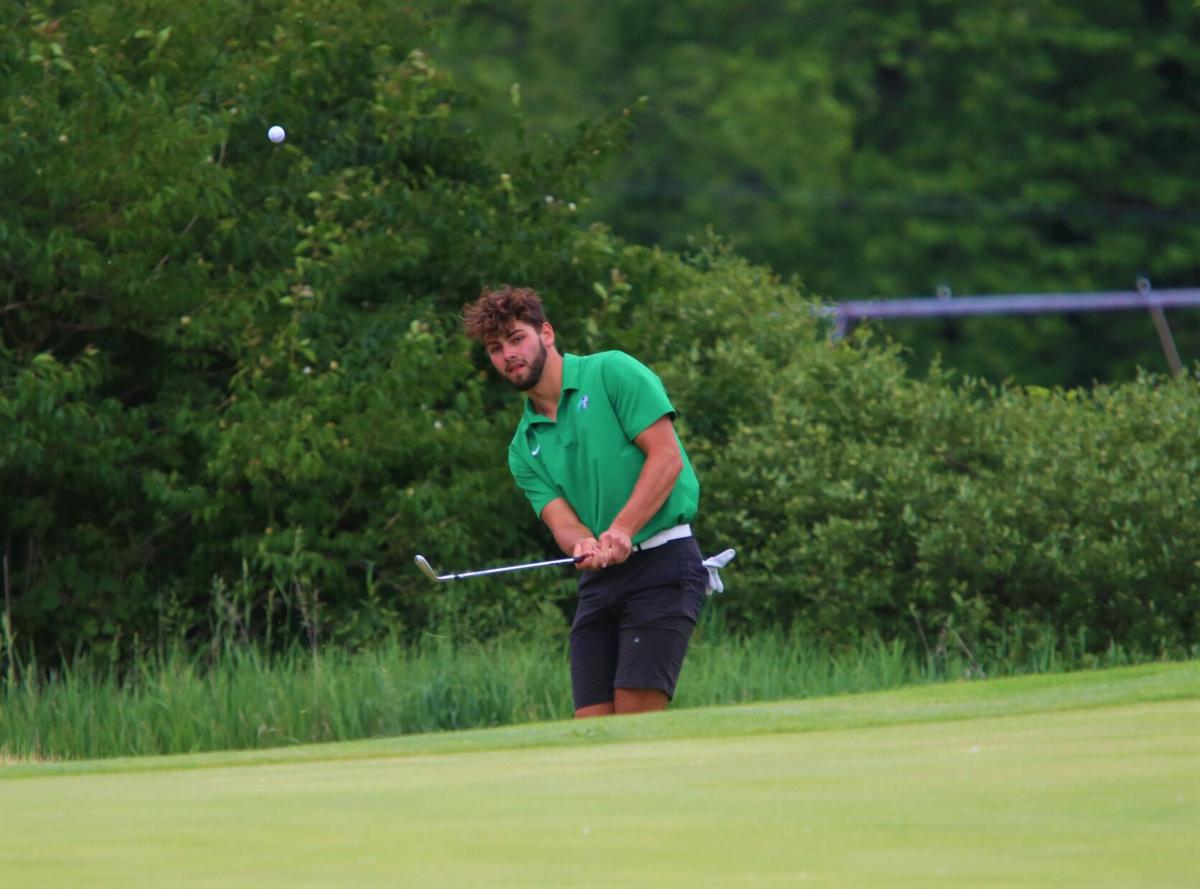 Concord’s Will Harris chips a shot onto the green during Friday’s boys golf sectional at Meadow Valley Golf Club in Middlebury. 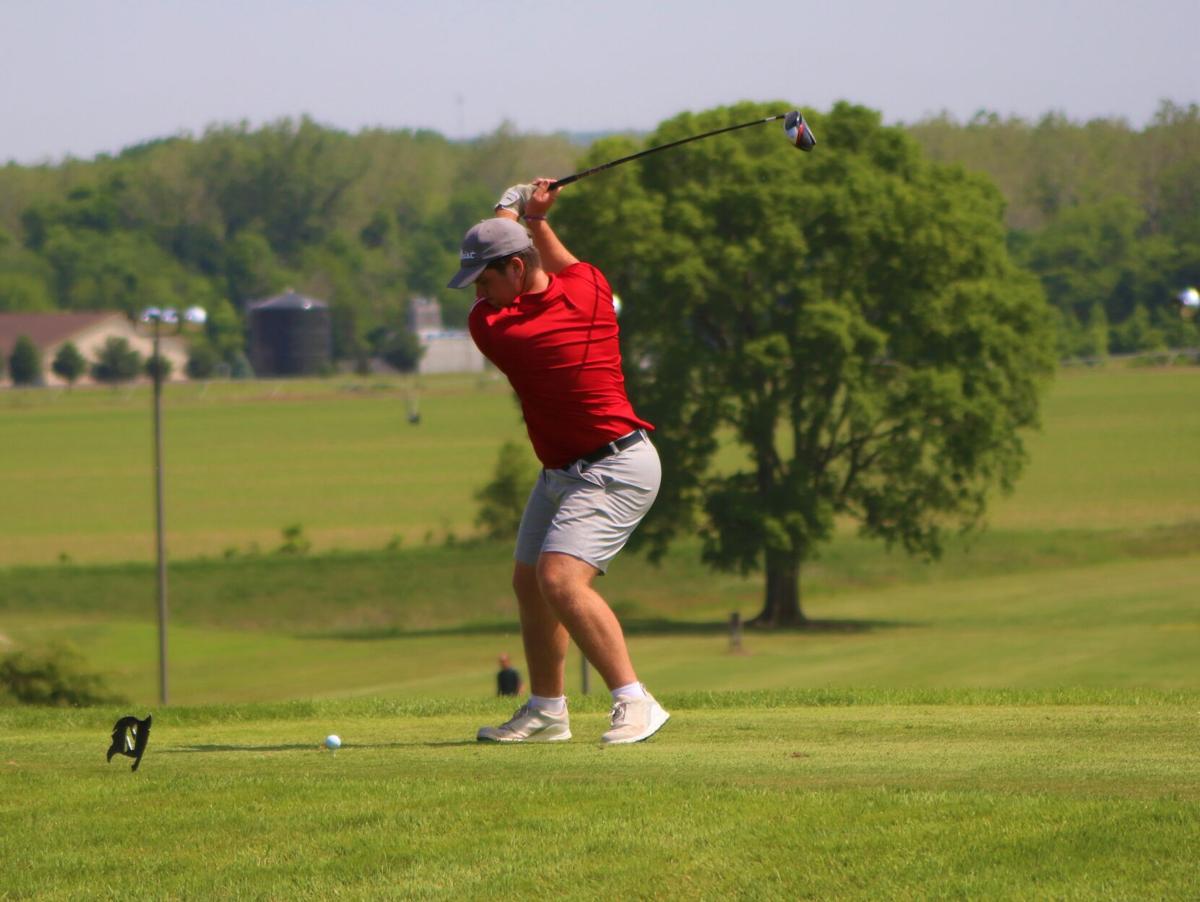 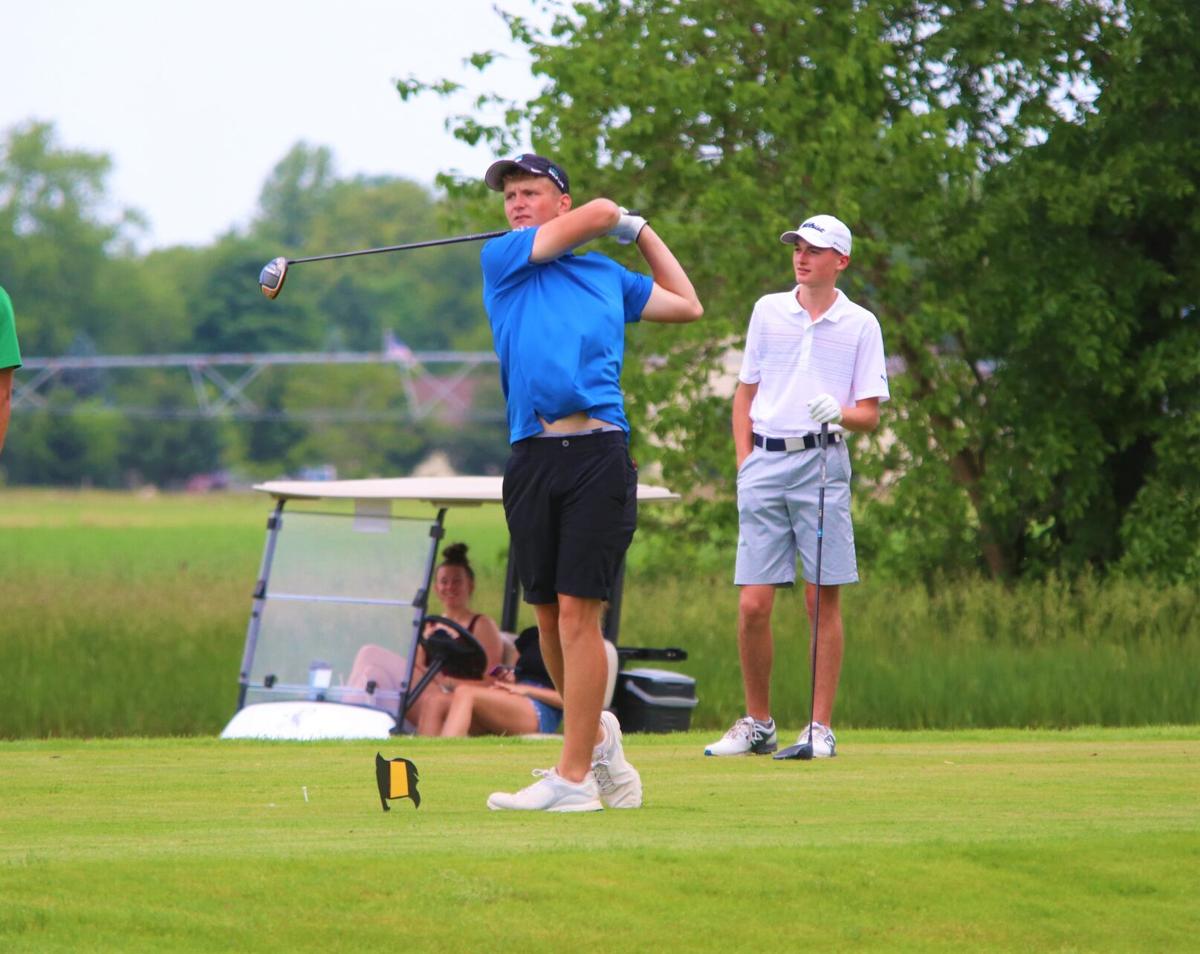 Lakeland’s Ben Keil tees off during Friday’s boys golf sectional at Meadow Valley Golf Club in Middlebury. Kiel advanced to regionals as an individual after shooting a 76. 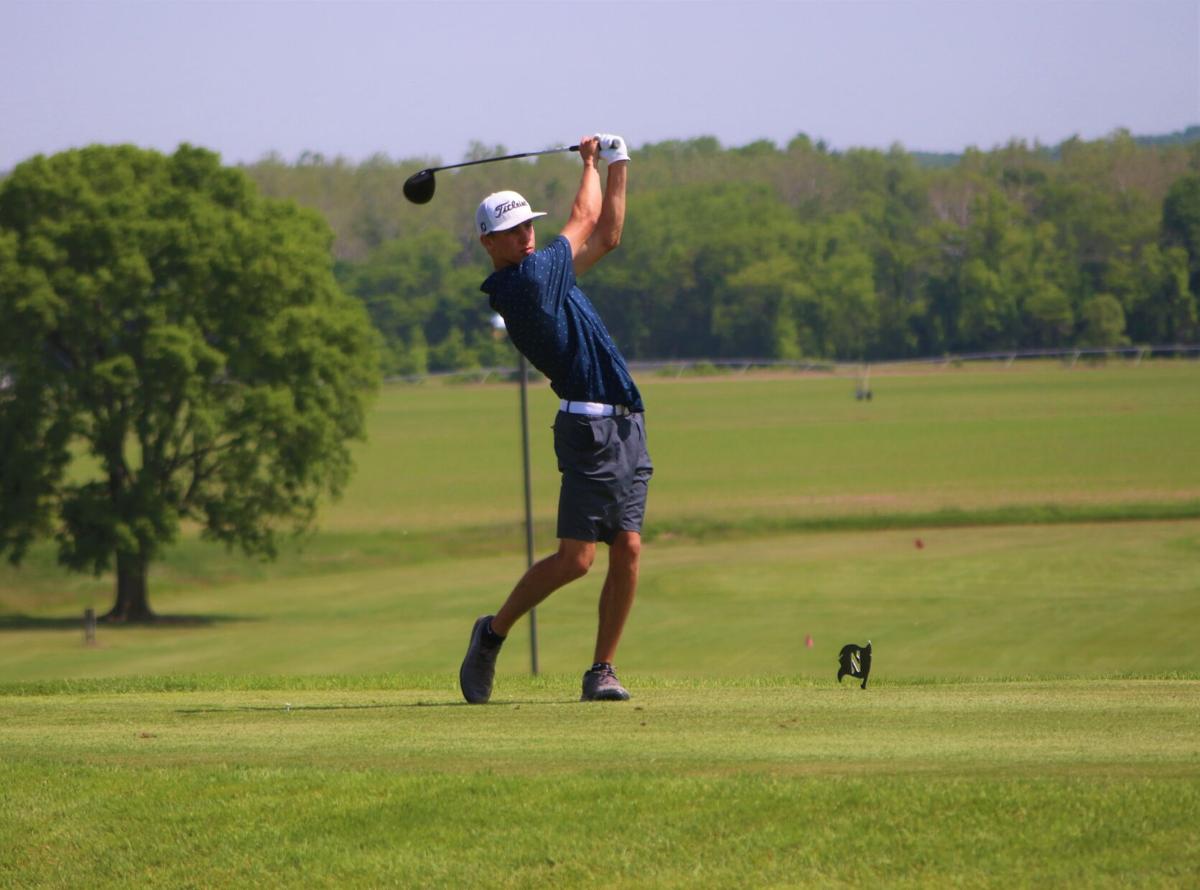 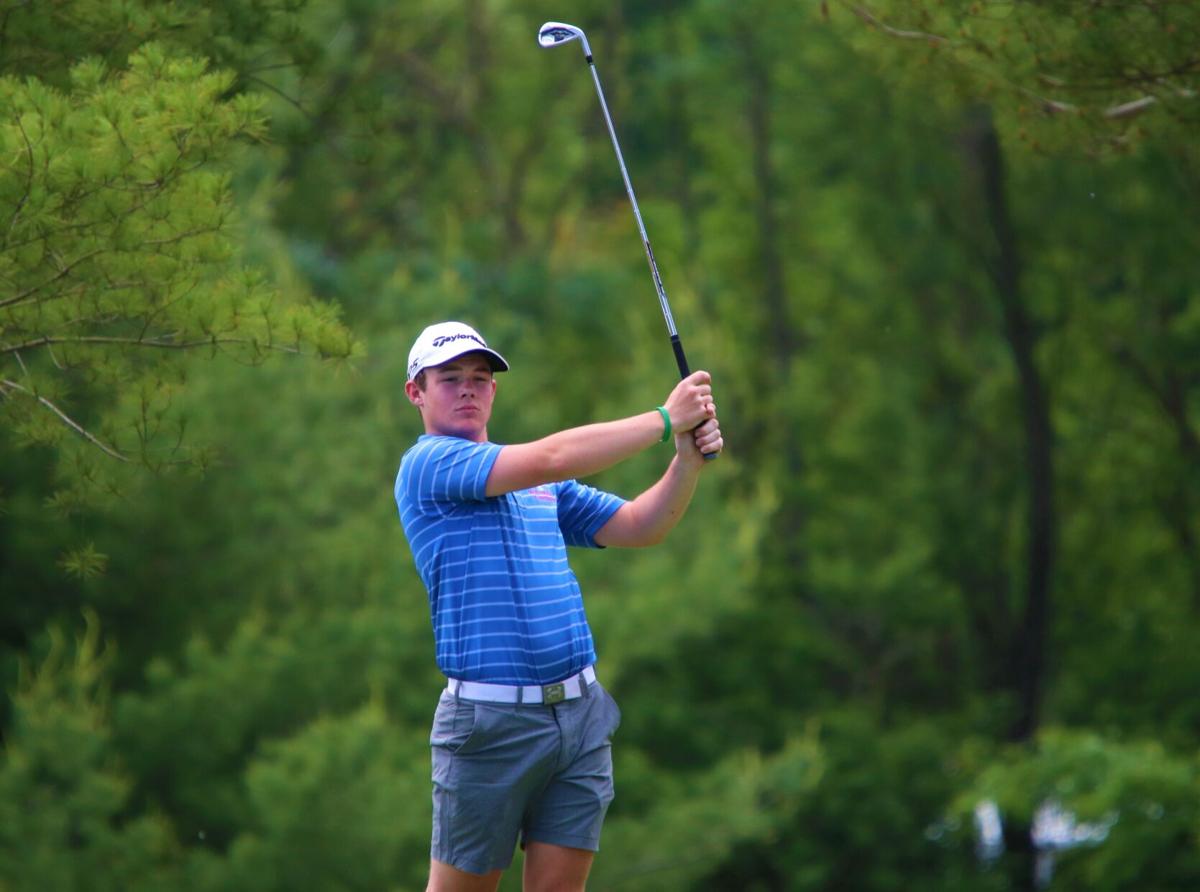 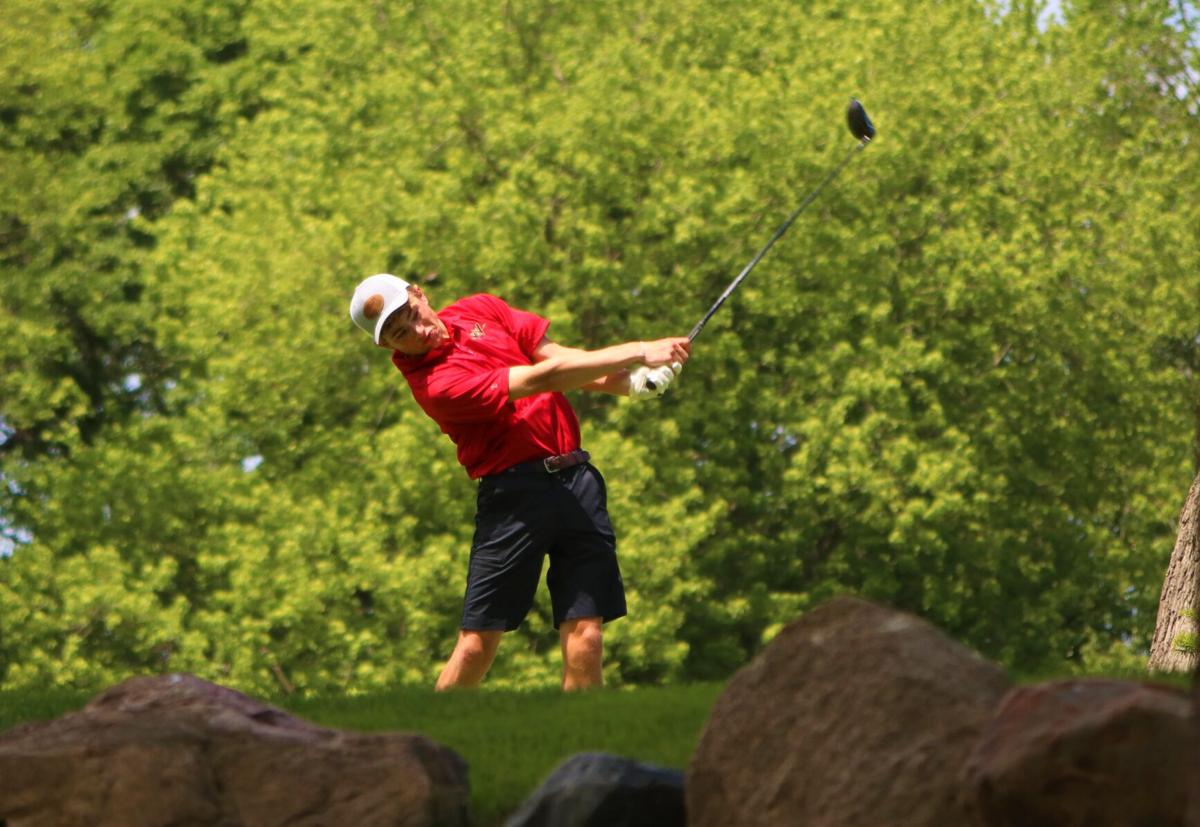 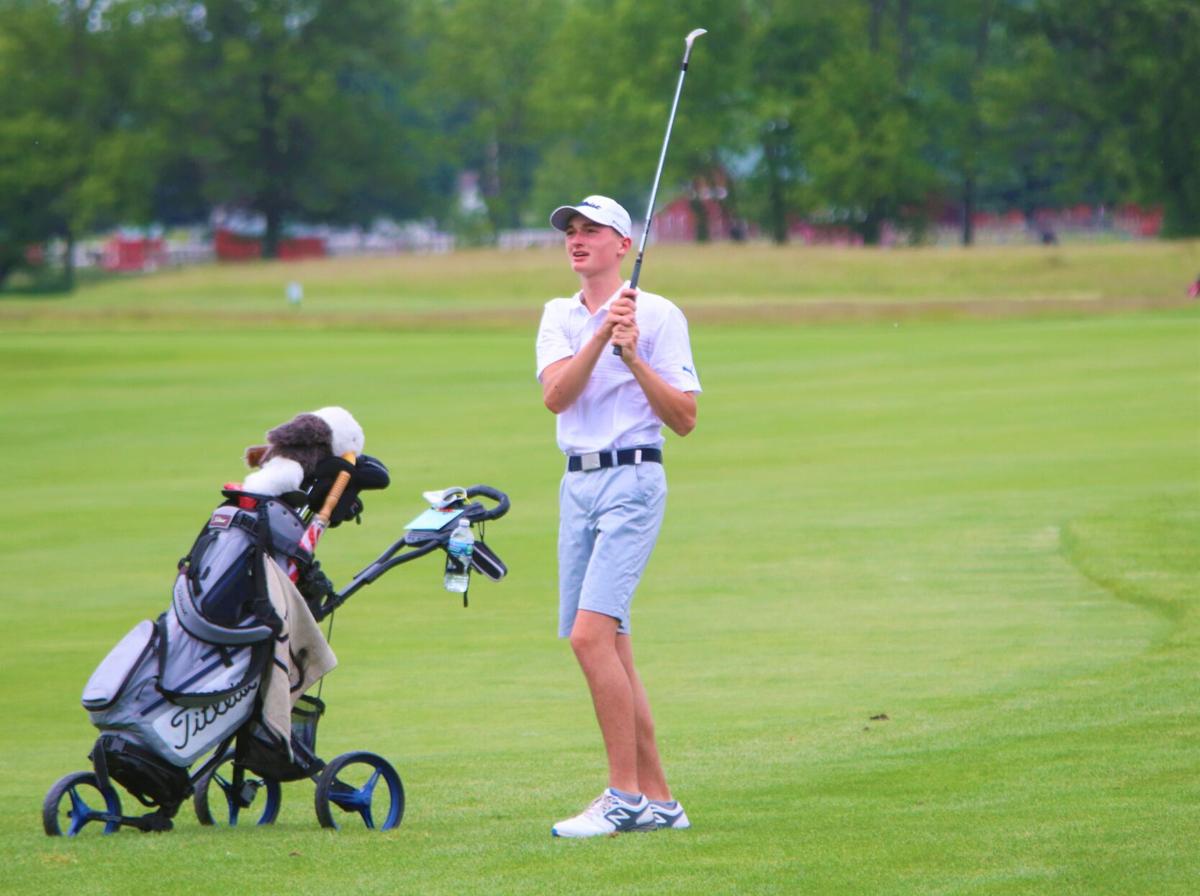 Fairfield's Miles Nine looks on after chipping a ball toward the green during Friday's boys golf sectional at Meadow Valley Golf Club in Middlebury.

Concord’s Will Harris chips a shot onto the green during Friday’s boys golf sectional at Meadow Valley Golf Club in Middlebury.

Lakeland’s Ben Keil tees off during Friday’s boys golf sectional at Meadow Valley Golf Club in Middlebury. Kiel advanced to regionals as an individual after shooting a 76.

Fairfield's Miles Nine looks on after chipping a ball toward the green during Friday's boys golf sectional at Meadow Valley Golf Club in Middlebury.

Two weeks removed from missing out on a Northern Lakes Conference crown due to a disqualification, the Northridge boys golf team had something to celebrate on Friday afternoon.

The Raiders shot a 328 — 13 strokes better than second-place Goshen — to clinch the first sectional championship under coach Todd King at their home course of Meadow Valley.

“I’m so proud of the boys,” King said. “Just the adversity that we’ve gone through the last few weeks. We set our sights forward, got ready for sectionals, and the boys just worked hard. They bought into what we were working on, and what we were trying to do with them. All of that paid off, and again I can’t tell you how proud of them I am.”

While the team as a whole performed well, Northridge’s No. 2 golfer Ty Miller played a round that stood out over everybody in the field. Miller shot a 75 — a 39 on the front nine and a 36 on the back — to beat out Lakeland’s Ben Keil by a stroke to finish first individually.

“I started bogey, bogey, bogey,” Miller said. “But then I ended up getting birdies on 11 and 12, so that helped out a lot. I just had to finish strong, play to win and that ended up putting me where I wanted to be.”

Along with Miller, Brock Reschly (78) played a really solid round of golf and Landon Cawood (84) performed well above what he’s shown this season, according to King.

For the RedHawks, Friday’s performances were up and down, except for the round played by their top guy in Chase Meyer. The junior shot a very impressive 34 on the front nine to help setup a third place finish individually with a 76. Even with the rest of the team struggling a bit behind Meyer, Goshen is regional bound for the second season in a row under coach Brent Randall.

“I felt like we could do better,” Randall said. “But I’m sure everybody’s kind of thinking the same thing at this course. But we’re happy to move on. … I told our guys that we kind of backed our way into regionals. We were one of the best teams here. We didn’t really show it, but we made it through. The regional course down there makes this one look like a par three. The black course at Swan Lake is one of the toughest in Northern Indiana, so we’re going to need to play better and I know this team can.”

NorthWood was the third and final team to advance to regionals. The Panthers didn’t have any individual performances that truly stood out, but all five golfers avoided shooting in the triple digits. Earl Williams led the team with an 81, while Jon Cripe and Cooper Wiens each finished with an 85.

Concord and Lakeland — finishing in fourth and fifth place, respectively — just missed the cut to advance as teams, but a few stellar individual performances proved good enough to advance players from both teams to the regional round. Lakeland’s Ben Keil (76) earned a regional berth behind his second-place finish at Meadow Valley, and Concord’s Will Harris (82) did enough to earn the nod as well.

The final individual spot to regionals had to be decided by a one-hole playoff between Lakeland’s Nathan Keil and Concord’s Andrew BonDurant after both players shot an 84. On the playoff hole, BonDurant found the green on his second shot, while Keil’s landed in the rough just beyond the hole. That would end up being the difference, as BonDurant would go on to win the hole two strokes later.

Regionals will be held at Swan Lake Golf Club in Plymouth on Thursday. The first tee time is set for 8 a.m. 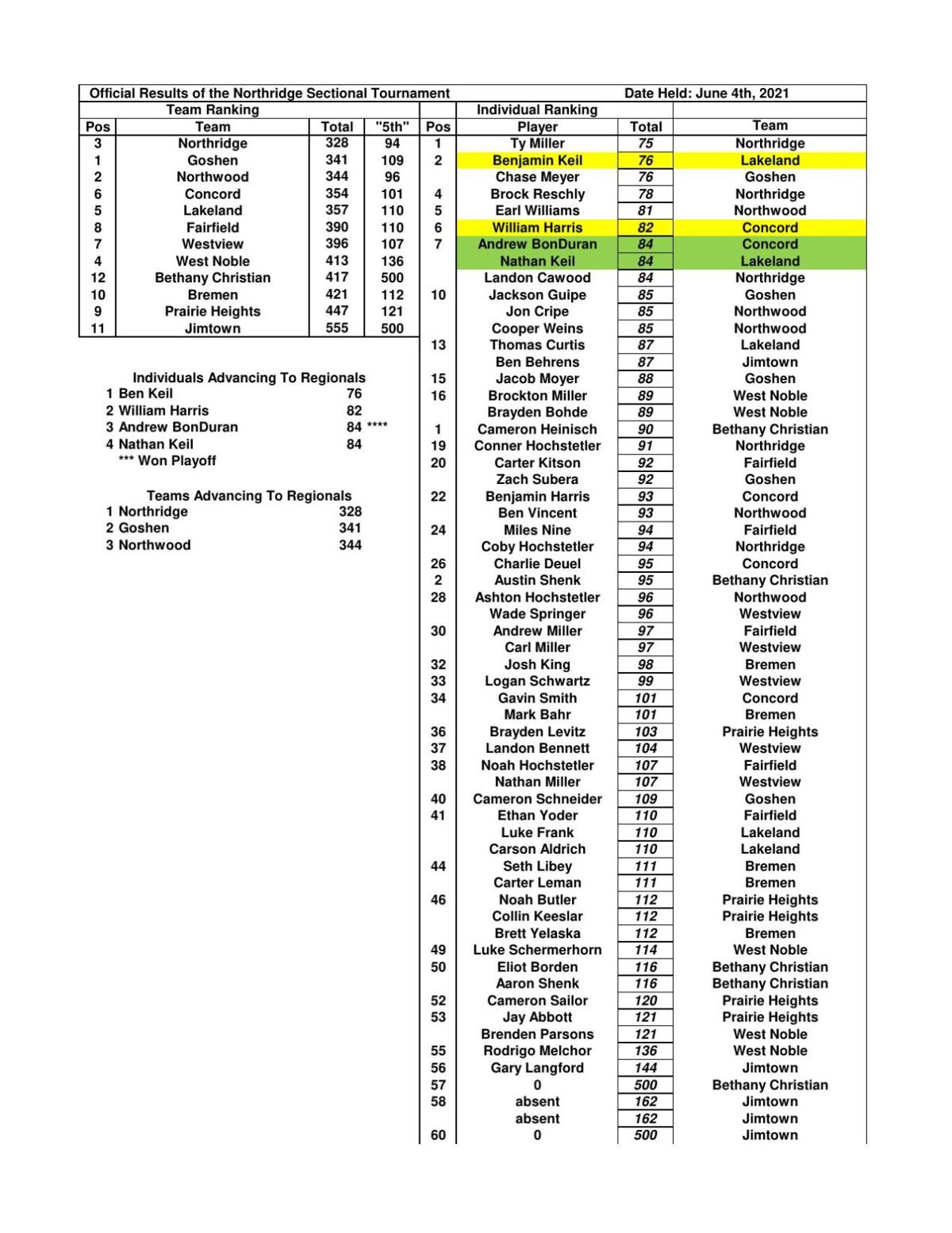