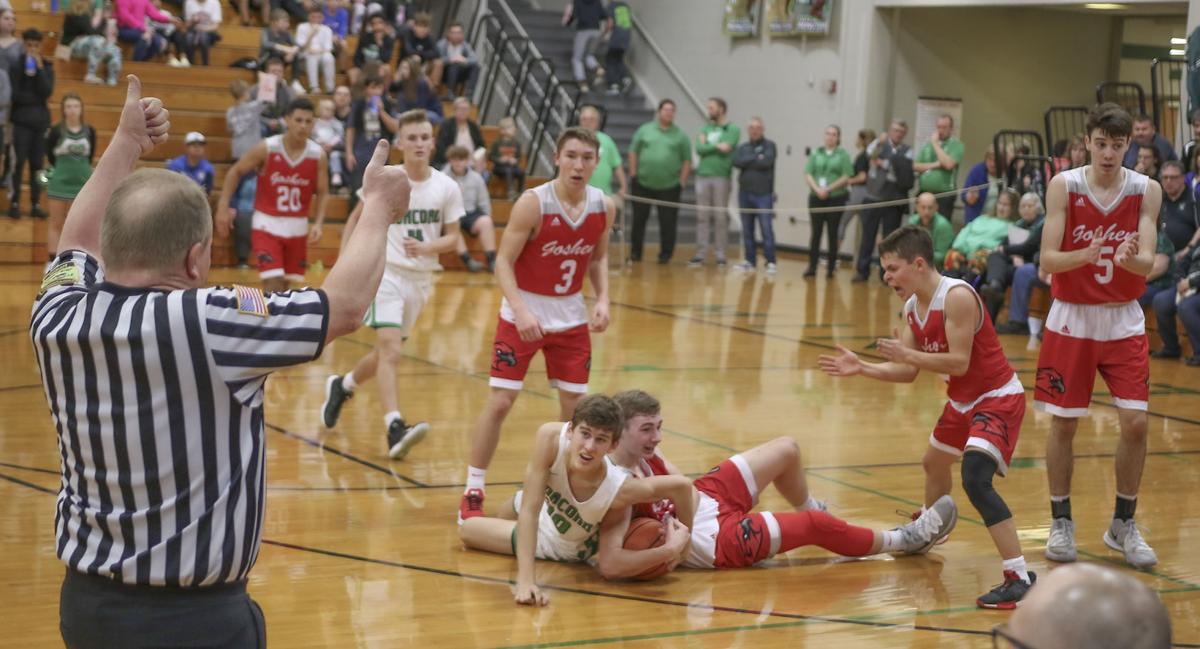 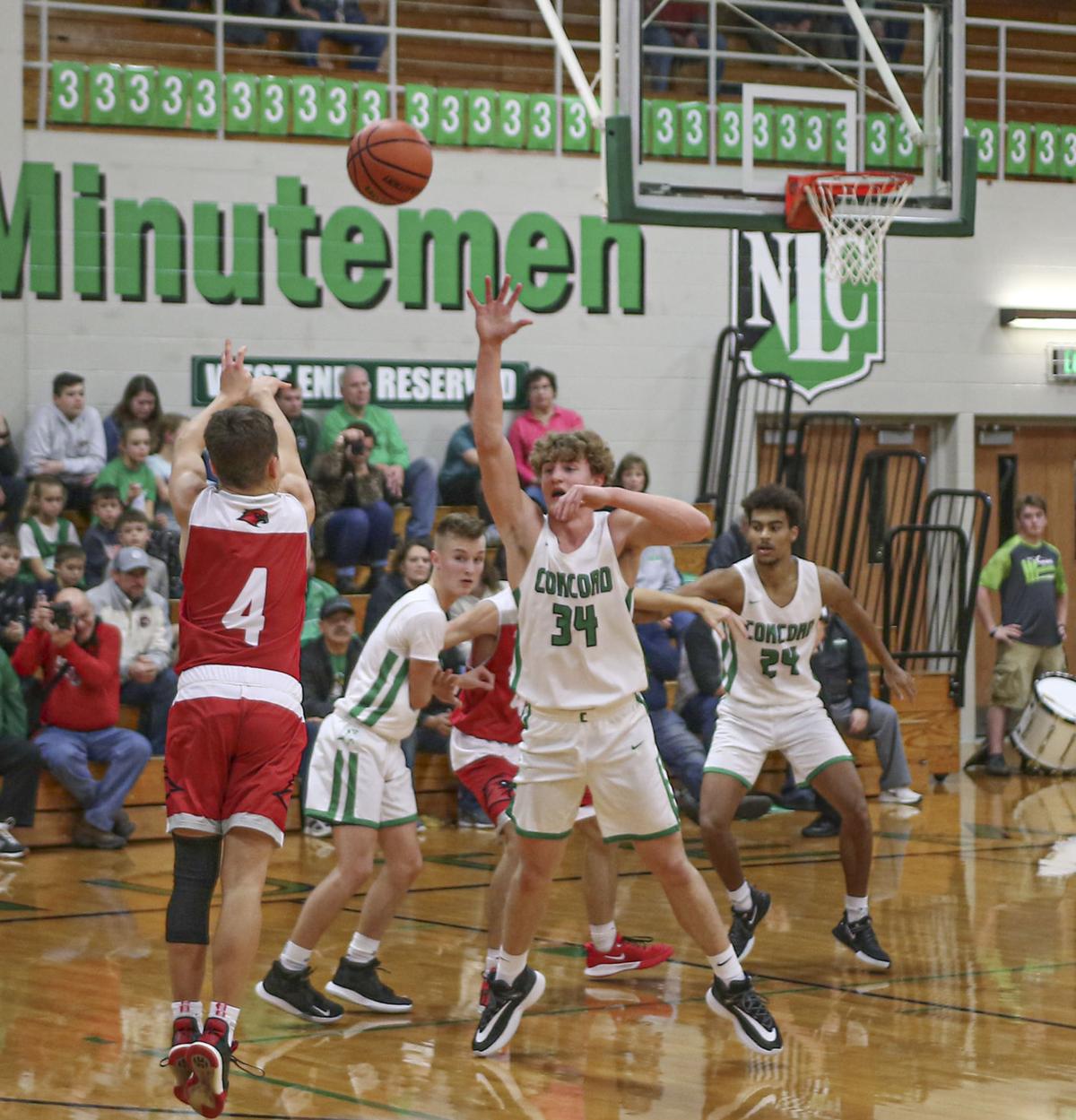 Goshen senior Ryan Harmelink, 4, drains a 3-pointer during the first half of the high school boys basketball game with Concord Friday night in Dunlap.

Goshen senior Ryan Harmelink, 4, drains a 3-pointer during the first half of the high school boys basketball game with Concord Friday night in Dunlap.

GOSHEN — While it is still early in the Northern Lakes Conference high school boys basketball season, this is another important weekend that could play a role in determining which teams are involved in the title race later on.

The Northridge Raiders and Plymouth Pilgrims are the league leaders heading into Friday night’s action with 2-0 records. The Goshen RedHawks, NorthWood Panthers, Elkhart Memorial Crimson Chargers and Warsaw Tigers are all sitting at 1-1. The Concord Minutemen and Wawasee Warriors are both 0-2.

This series dates all the way back to the 1919-20 season. This will be the 111th meeting between the two schools with Warsaw holding a 68-42 advantage. The Tigers have controlled the series sine the 1988-89 campaign, winning 28 of 34 contests.

Hill converted a free throw with :15 left to play for the first points of his varsity career.

The Northridge loss left the Tigers in an unusual position of not being in first place in the NLC standings. The last time the Tigers were not in the league lead was after the opening week of the 2017-18 NLC season following a loss to Wawasee.

The Tigers are coached by Doug Ogle, who is in his 18th season leading Warsaw. He has a career mark of 270-134 at the school, which ranks him second in wins to Al Rhodes (405) in Tiger history.

The Raiders (6-5) square off with the NorthWood Panthers (9-3) in the Panther Pit in Nappanee.

Northridge is coming off that 59-55 win over Warsaw while NorthWood trimmed the Wawasee Warriors 54-38 last week.

Junior Carter Stoltzfus poured in a game-high 24 points to lead the Raiders in the Warsaw win. He was 5-of-8 shooting from the 3-point line. Junior Sam Smith tossed in 21 points. He was 3-of-6 shooting from beyond the arc and 6-of-6 from the free-throw line. Senior Alex Stauffer added 16 points and a team-high eight rebounds.

The Raiders were a 49-45 winner a year ago. Northridge has won 25 of the last 45 meetings in the series.

Memorial posted a 50-28 win over Wawasee a year ago. The Chargers hold a 12-7 advantage in recent meetings in the series.

Concord is coming off the Goshen loss last Friday while Plymouth notched the Memorial win.