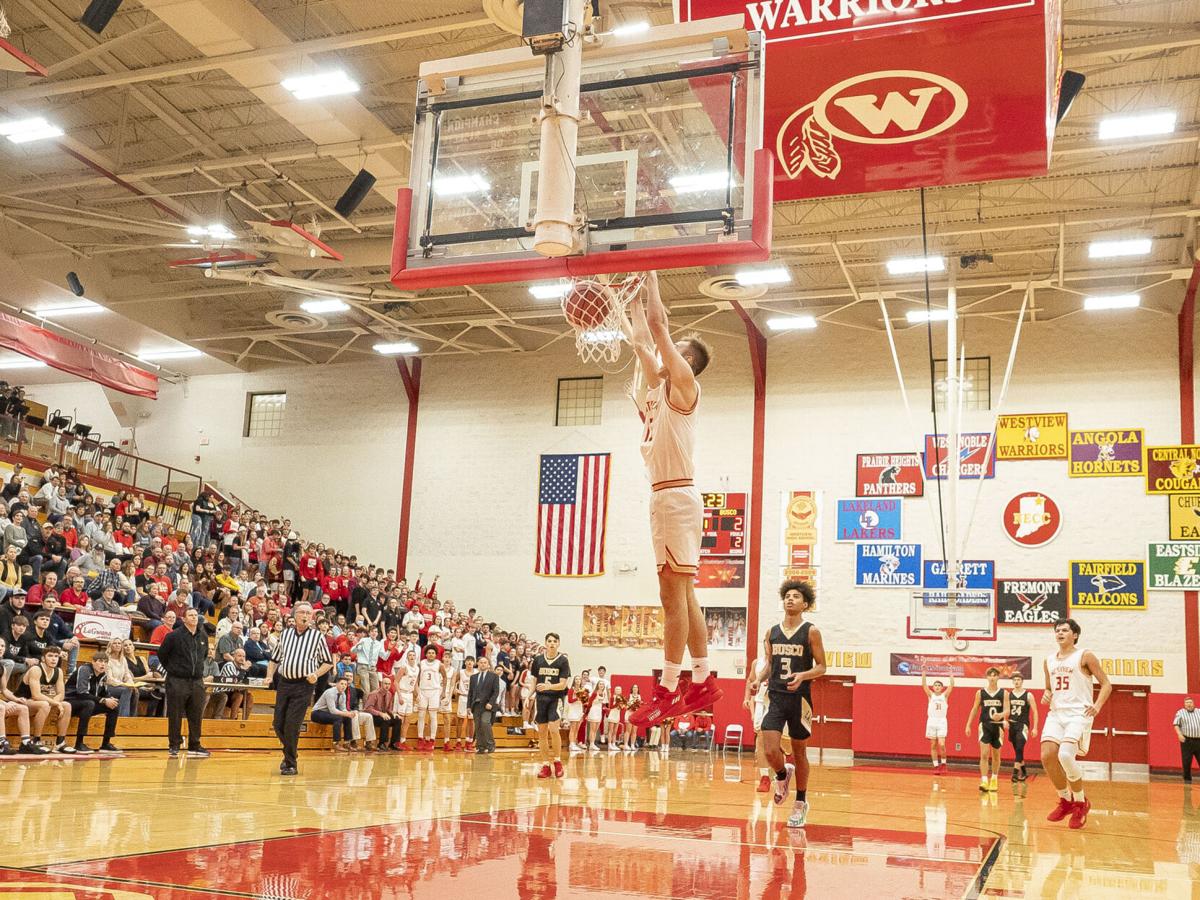 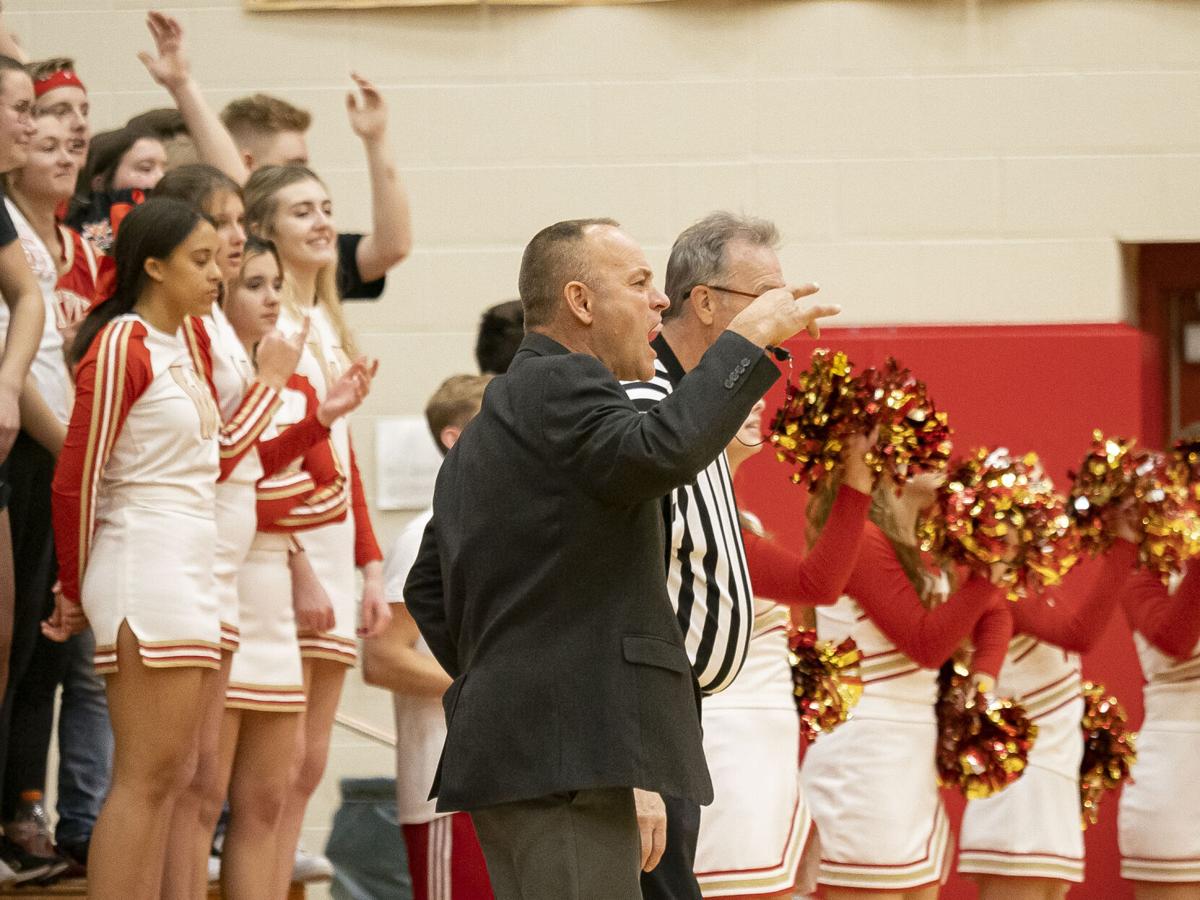 Westview head coach Rob Yoder reacts after a play during Friday’s game against Churubusco at Westview High School in Topeka. 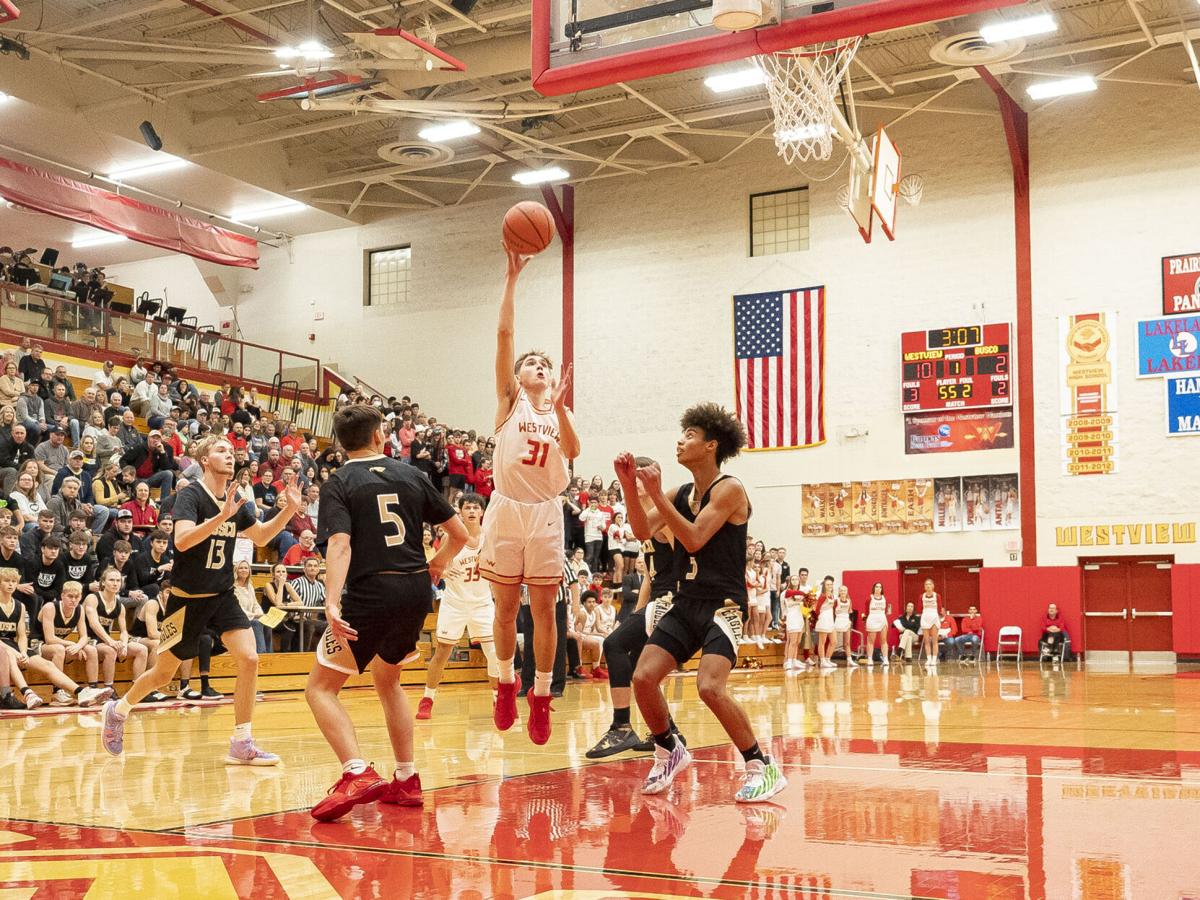 Westview sophomore Wade Springer (31) goes up for a layup during Friday’s game against Churubusco at Westview High School in Topeka. 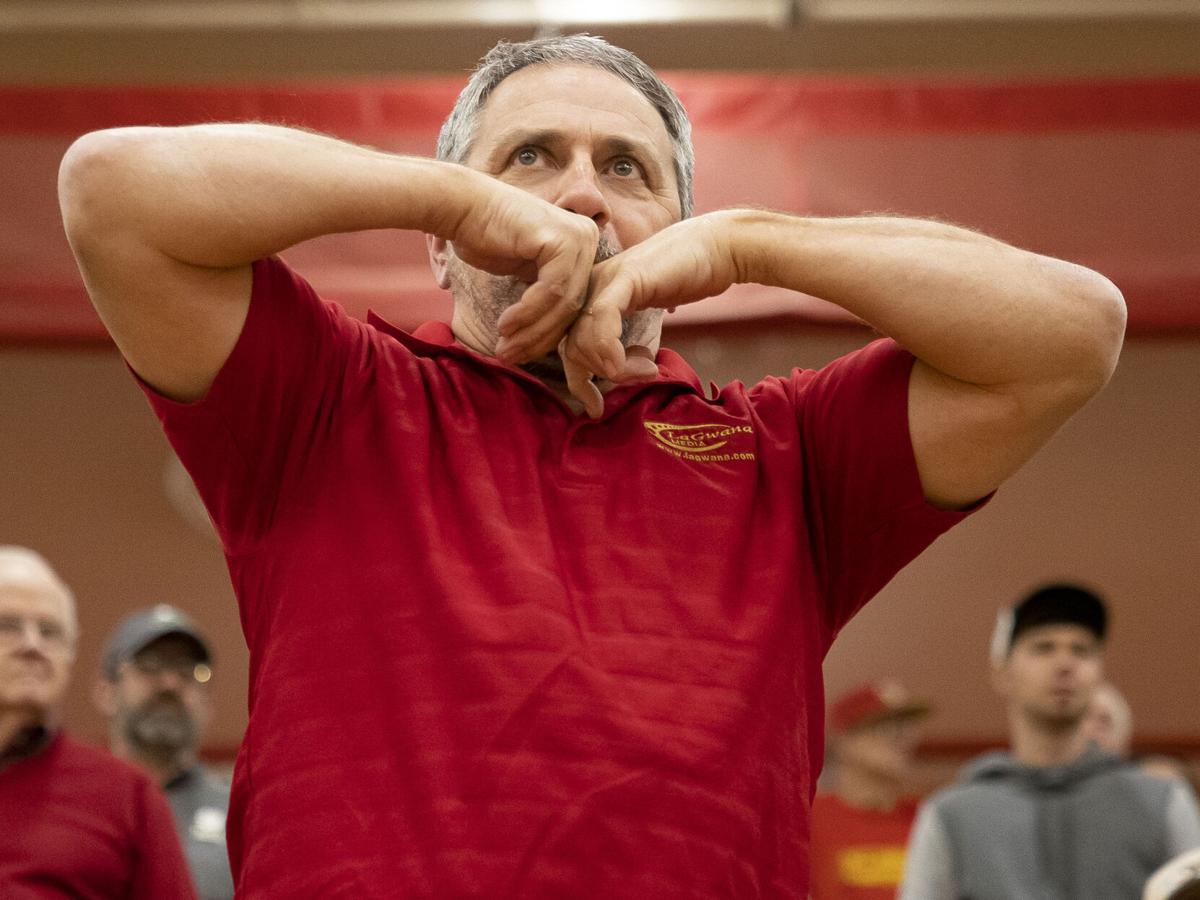 The “Westview Whistler,” Dan Byler, goes through his whistle routine ahead of Friday's game against Churubusco at Westview High School in Topeka.

Westview head coach Rob Yoder reacts after a play during Friday’s game against Churubusco at Westview High School in Topeka.

Westview sophomore Wade Springer (31) goes up for a layup during Friday’s game against Churubusco at Westview High School in Topeka.

The “Westview Whistler,” Dan Byler, goes through his whistle routine ahead of Friday's game against Churubusco at Westview High School in Topeka.

TOPEKA – In what was his first time back in Westview Gym after being away from basketball in 2020-21, Westview head coach Rob Yoder looked at home strolling the sidelines in front of a lively crowd at Westview High School on Friday night.

The Westview basketball team certainly enjoyed it on this night, especially on the offensive side of the court. After surrendering the first basket of the contest to Churubusco, the Warriors went on an impressive 16-0 run to take firm control.

That momentum would carry on for the rest of the game as Westview improved to 2-0 on the young season after a dominant 75-36 victory over the Eagles.

“I thought defensively, we were pretty good at being able to contain the ball out of the middle,” Yoder said. “We did a good job all night of being a threat to take charges. And on offense, we made shots well. We have pretty good shooters, and I feel like we have the ability to make shots. We were able to do that (Friday).”

The Warriors looked more athletic on the court against the Eagles, and they did a good job of shutting down a Churubusco offense that played stagnantly more often than not during its season opener.

The Eagles had one lead in the game, and that came from a layup by sophomore Ayden White just 40 seconds into the contest. From there, it was all Westview.

The Warriors scored 16 straight points over the next five-and-a-half minutes with senior Mason Yoder scoring eight of those, highlighted by a breakaway dunk that made it 10-2.

Westview would hold a double-digit lead through the end of the first quarter, leading 20-9 after the first eight minutes of play. Churubusco’s Drew Pliett banked in a 3-pointer from half court to cut it to 11 as the buzzer sounded.

That’d be the closest head coach Shannon Beard, and the Eagles would get the rest of the night.

As the frame went on, the lead continued to balloon for Westview. Minix added another three, Eash added two more from beyond the arc, while Yoder took care of things around the basket.

Yoder led his team with 16 in the first half, Eash was second on the team with 12 and Minix had eight. The Warriors brought a 44-17 advantage into the locker room after outscoring Churubusco 24-8 during the second quarter.

Out of halftime, the third quarter belonged to Yoder. The senior had 15 points in the frame, going on a 15-2 run by himself at one point in the period. He had 31 points to lead all scorers, while junior Brady Yoder – who had 10 points in the second half – had 15 for Westview. Combined, two of the most pivotal players on Rob Yoder’s roster scored 46 of the team’s 75 points.

After building its lead to more than 40 points heading into the final eight minutes of play, the running clock was in effect, and coach Yoder had the opportunity to empty his bench a bit. The largest lead swelled to 48 for the Warriors at one point, but a 14-11 scoring advantage for the Eagles in the fourth quarter brought the deficit to 39 at the buzzer.

Just two games into the 2021-22 campaign for coach Yoder’s group, the Warriors have 37 and 39-point wins to show for it. They’ll get their first true test next week when the NorthWood Panthers visit Topeka.

“From where we started at, to where we are now, we’re improving,” Yoder said. “Our kids are trying hard. They work as hard as any team we’ve had here, so they’re a fun group to be around. … (NorthWood) will be a great test for us. Especially as we try to improve into March. Getting to play against one of the best teams in this part of the state, they’ll test us on both sides of the court.”