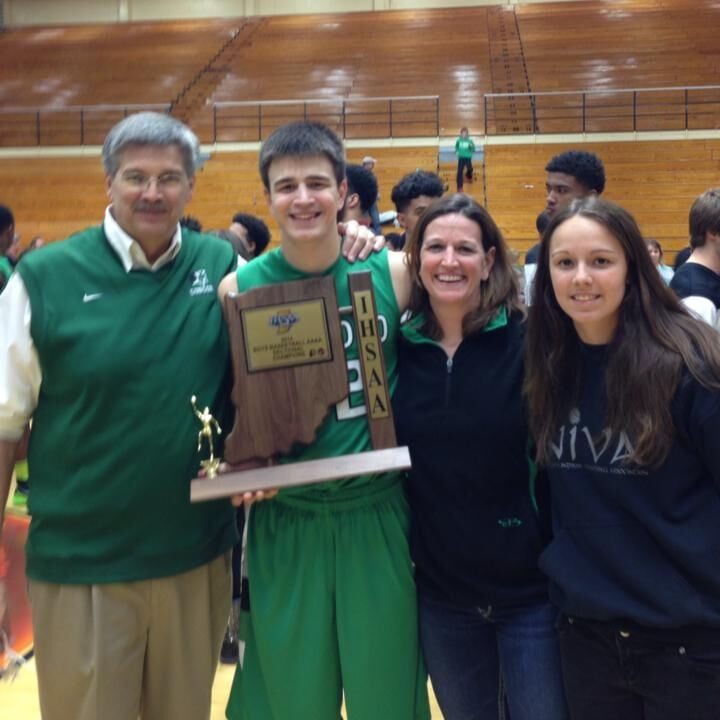 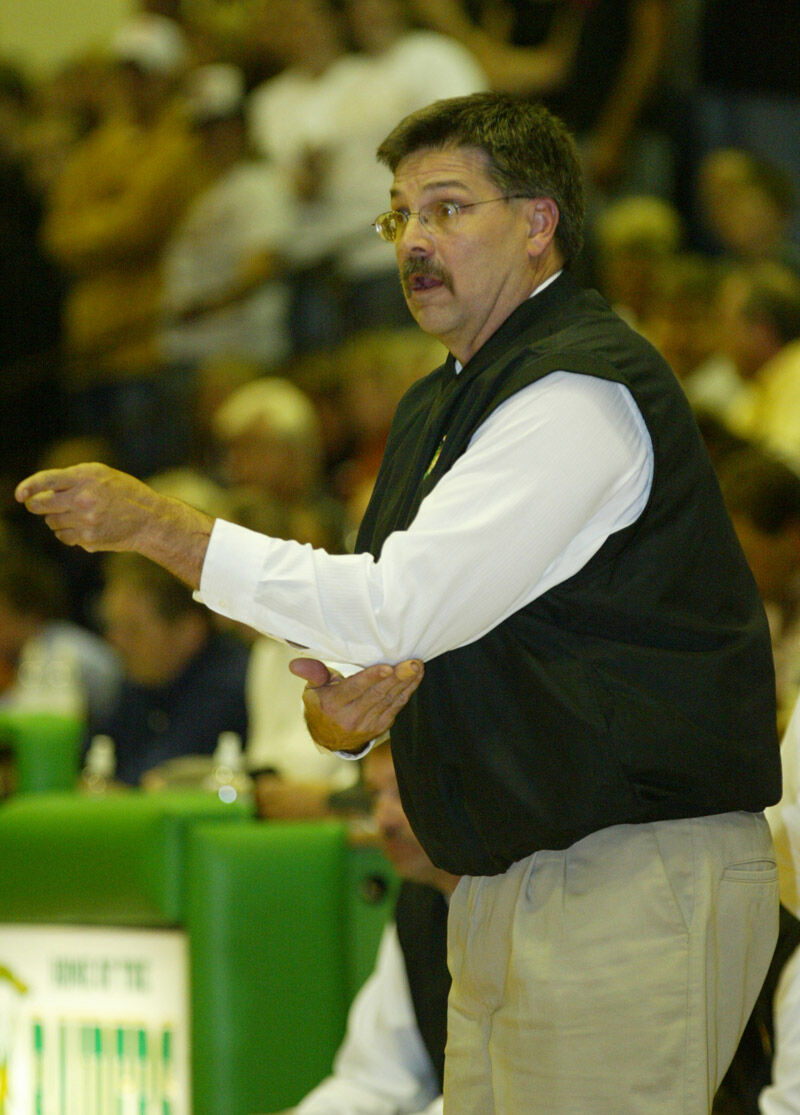 Steve Austin is shown trying to communicate with members of the Northridge High School boys basketball team in this file photo from the 2003 season. Austin, who has since retired from coaching, is currently battling Stage 3 colon cancer.

Steve Austin is shown trying to communicate with members of the Northridge High School boys basketball team in this file photo from the 2003 season. Austin, who has since retired from coaching, is currently battling Stage 3 colon cancer.

The last year has been a rough one for Steve Austin.

“I finished my chemotherapy last week. I went for a scan this morning (Friday) and will meet with the doctor in two weeks,” Austin said. “The surgeon was very optimistic from the start. The tumor was bigger than she expected, but of the 59 lymph nodes she removed, only one was infected.

“I was at Stage 3, and according to the doctor, there is a 90 percent survival rate for the stage.”

Austin is optimistic the chemotherapy will take care of the problem.

“Hopefully the chemotherapy will kill it,” he said. “You hear so many horror stories about chemotherapy. My hair thinned, but I didn’t lose it and I really didn’t get sick. The doctors gave me a drug that had my body make more white blood cells.”

Austin was treated at the Elkhart Clinic.

“The doctors and nurses there were great. I took them four or five pies from the (Das Dutchman) Essenhaus because everything went so well,” he said.

Steve’s wife, Dawn, shared how she felt when he was first diagnosed.

“It was devastating, but we were optimistic and we took it in stride,” she said while on the way to coach the Michiana Mystique U14 girls softball team in a tournament in Grand Rapids, Michigan. “This last year has been rough on Steve. His mom dies, then his friend dies and it really sucks finding out you have cancer two weeks before Christmas. Steve has handled it well other than being tired.”

Dawn explained how she has been dealing with the situation.

“I’m the one that handles the bills, so there has been more stress,” she said. “But there was never really a time when I felt like Steve wasn’t going to make it. The doctor felt like they had gotten it all with the surgery and that it was a matter of Steve handling the chemotherapy.”

Steve points to the death of his good friend Jeff Hull as what led to his own cancer being diagnosed.

“I had a colonoscopy about 12 years ago. I was supposed to go back in 10 years but it just never seemed to work out,” Steve said. “Then Jeff died. They found him slumped over in his car so everyone thought he had a heart attack. Turned out he had Stage 4 colon cancer and didn’t know it.

“As soon as I heard that, I scheduled my colonoscopy and the doctor said I was almost to the point where Jeff had been. The worst part about being diagnosed that close to Christmas is you have to wait to get in to see a doctor because everyone is off for Christmas.

“I had the surgery and returned to school about two weeks before schools shut down due to the COVID-19 pandemic.”

“I am extremely grateful Steve didn’t have to go to work while he was going through this,” Dawn said. “At his last checkup, the doctor said his numbers all looked good and his immune system doesn’t seem to be compromised.”

Steve has one thing on his agenda to take care of as soon as he gets fully cleared by the doctors.

“The first thing I want to do is go and visit Jeff’s grave,” Steve said. “Jeff basically saved my life. The doctor told me I was not too far away from where Jeff was with his cancer.”

The circle has already been completed for Steve, as one of his fellow teachers has thanked him for potentially saving their life.

“When the teacher heard about me, they scheduled a colonoscopy and the doctors discovered cancer in the early stages,” Steve said.

Steve has been amazed by the number of people that have reached out to him during his bout with cancer.

“The day after my surgery I got about eight or nine phone calls from players on my 1989 team (South Bend St. Joseph High School) and they are spread out all over the country,” Steve said.

“Aaron was probably the best player I coached at Northridge,” Steve said. “He sent me that T-shirt and I wore it to every chemotherapy session. That was how the nurses knew me.”

Steve is a 1973 South Bend Adams High School graduate, where he played basketball with Jimmy Webb. The two led the Eagles to the 1973 state championship contest (single-class tournament) before losing to New Albany, 84-79. Webb poured in 34 points and Austin chipped in with 17. Adams advanced to the finale with a 99-95 win over Anderson in the semifinals.

Austin also made it to the Final Four as a coach with the St. Joseph Indians in 1989.

“The No. 1 thing I have learned from this experience is how much more I appreciate my family. I am so thankful for their love and support,” Steve said. “You also find out who your are friends are. The ones who are going to support you.”