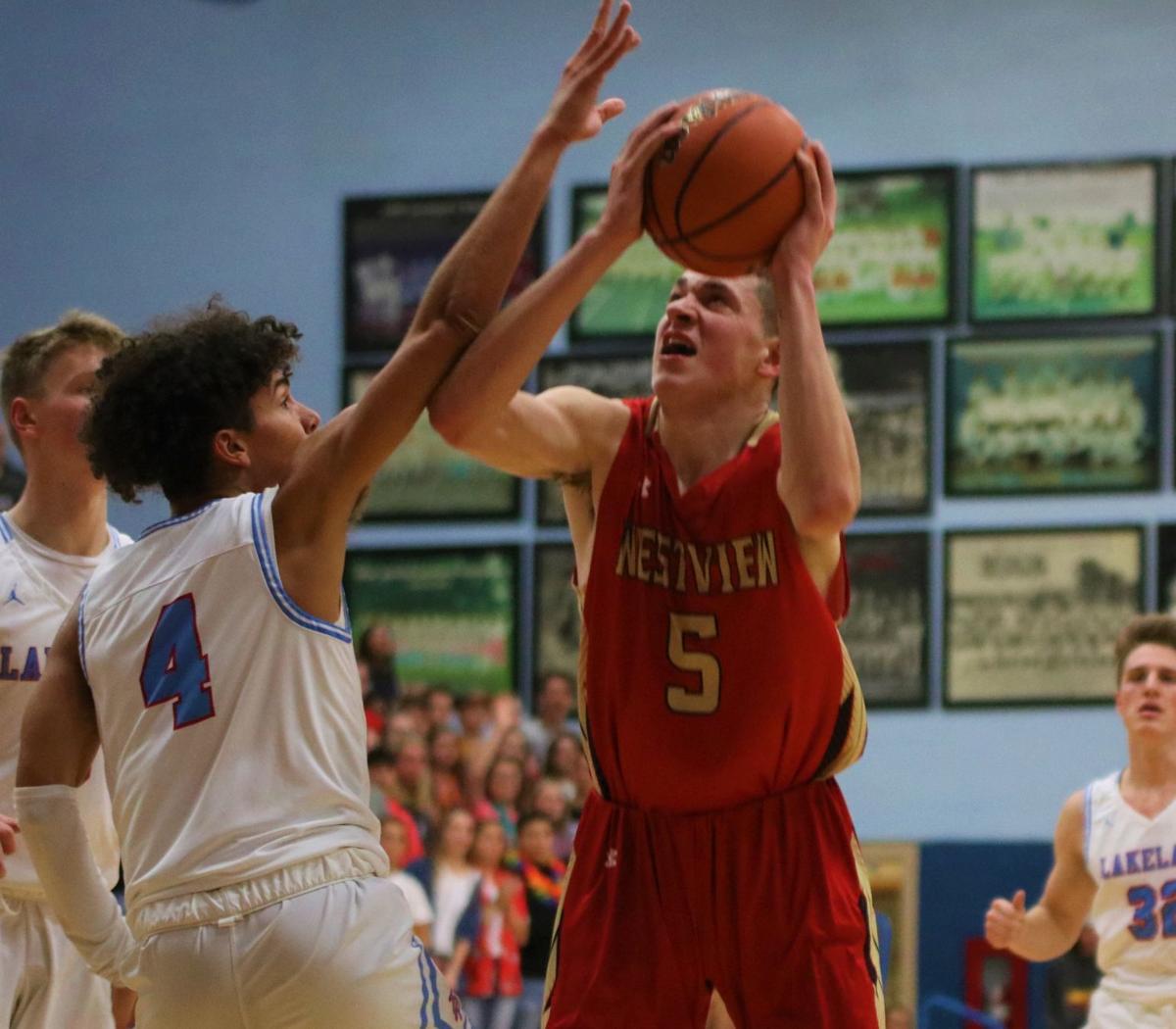 Westview senior Charlie Yoder, 5, fights up a shot through the contact of Lakeland junior Mason Douglas, 4, in the second quarter of the team’s opening-round NECC tournament game Tuesday in LaGrange. 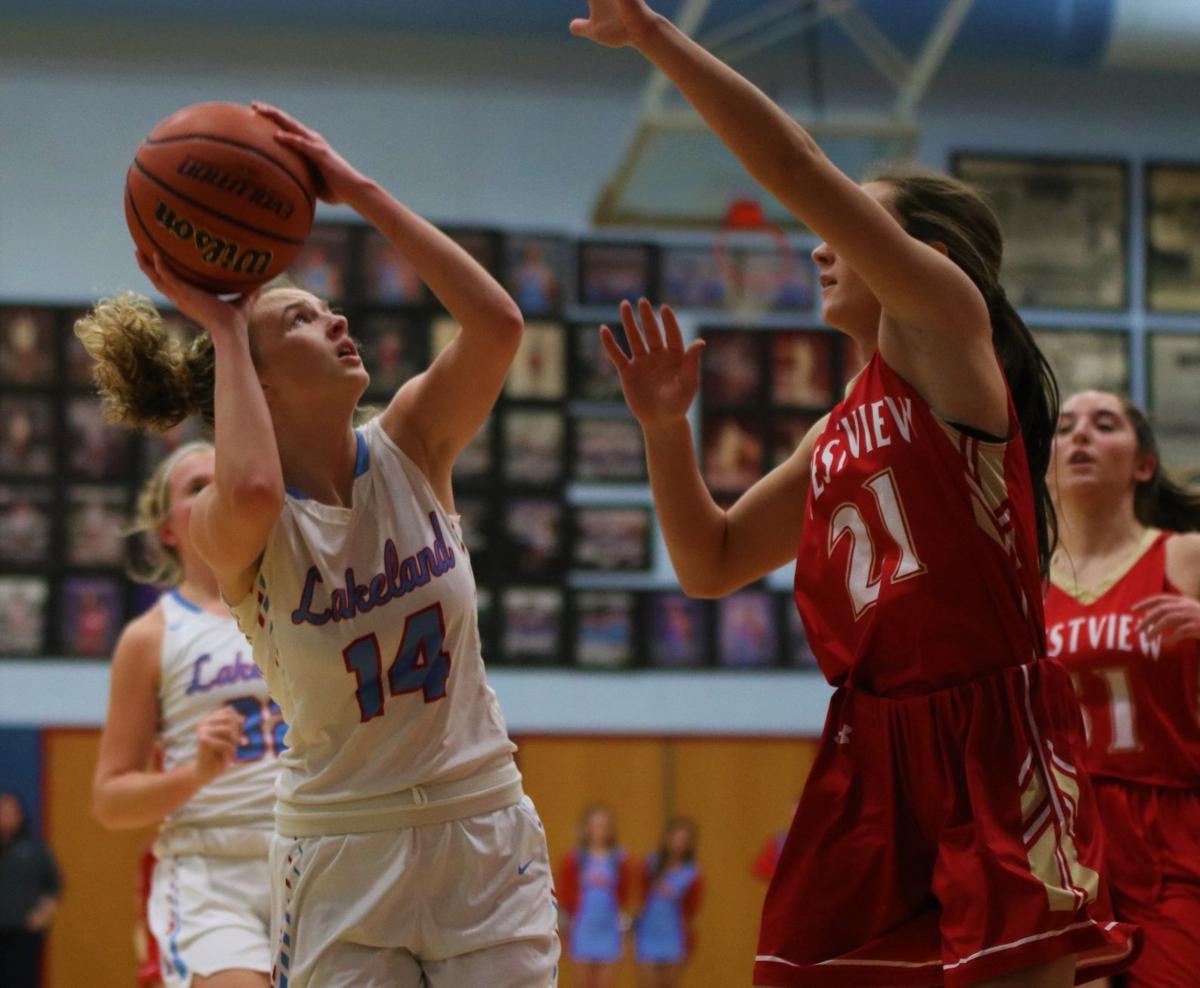 Lakeland freshman Peyton Hartsough, 14, puts up a shot over Westview sophomore Alezy Antel, 21, in the first quarter of the team’s opening round game of the Northeast Corner Conference tournament Tuesday in LaGrange. 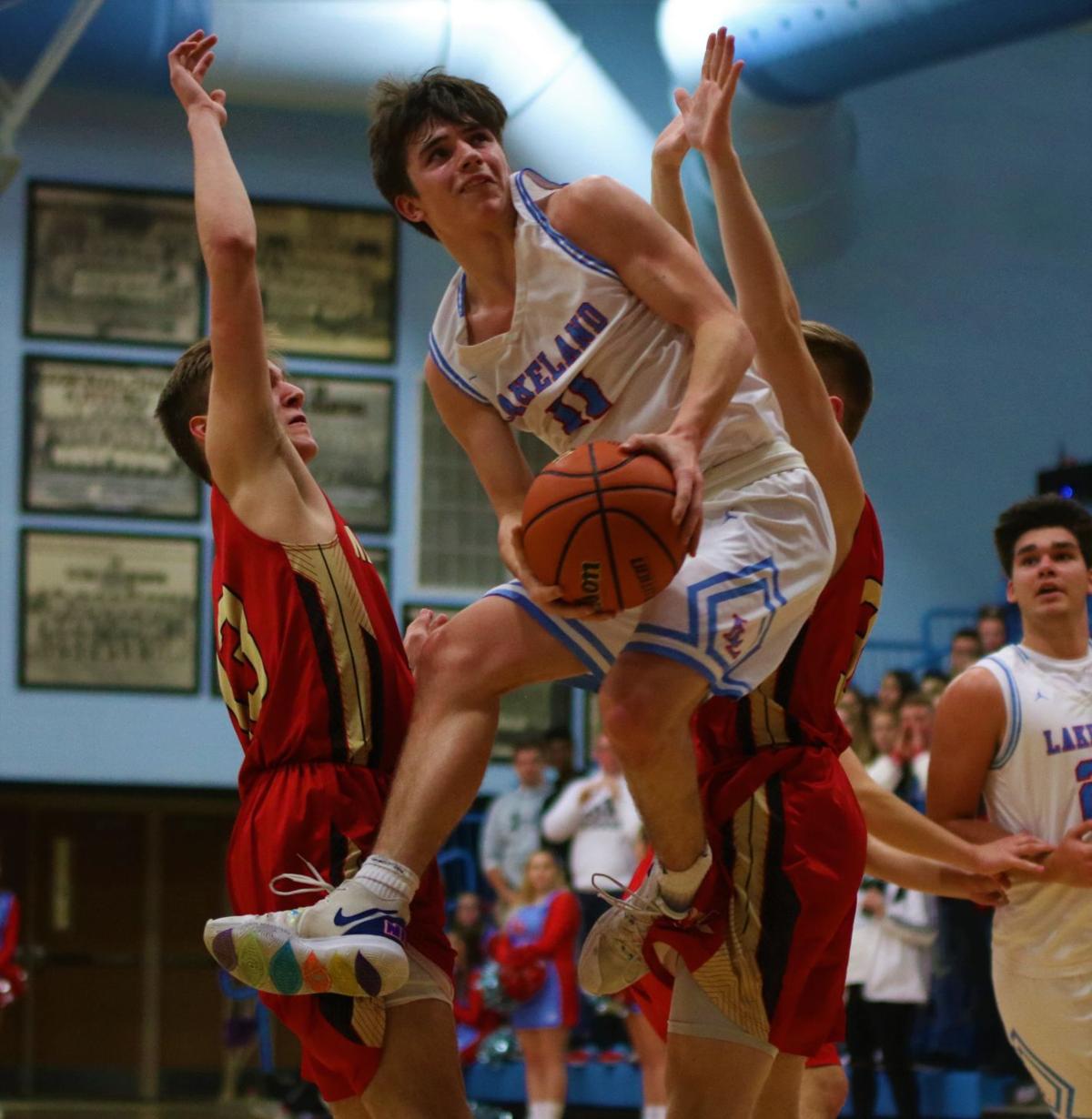 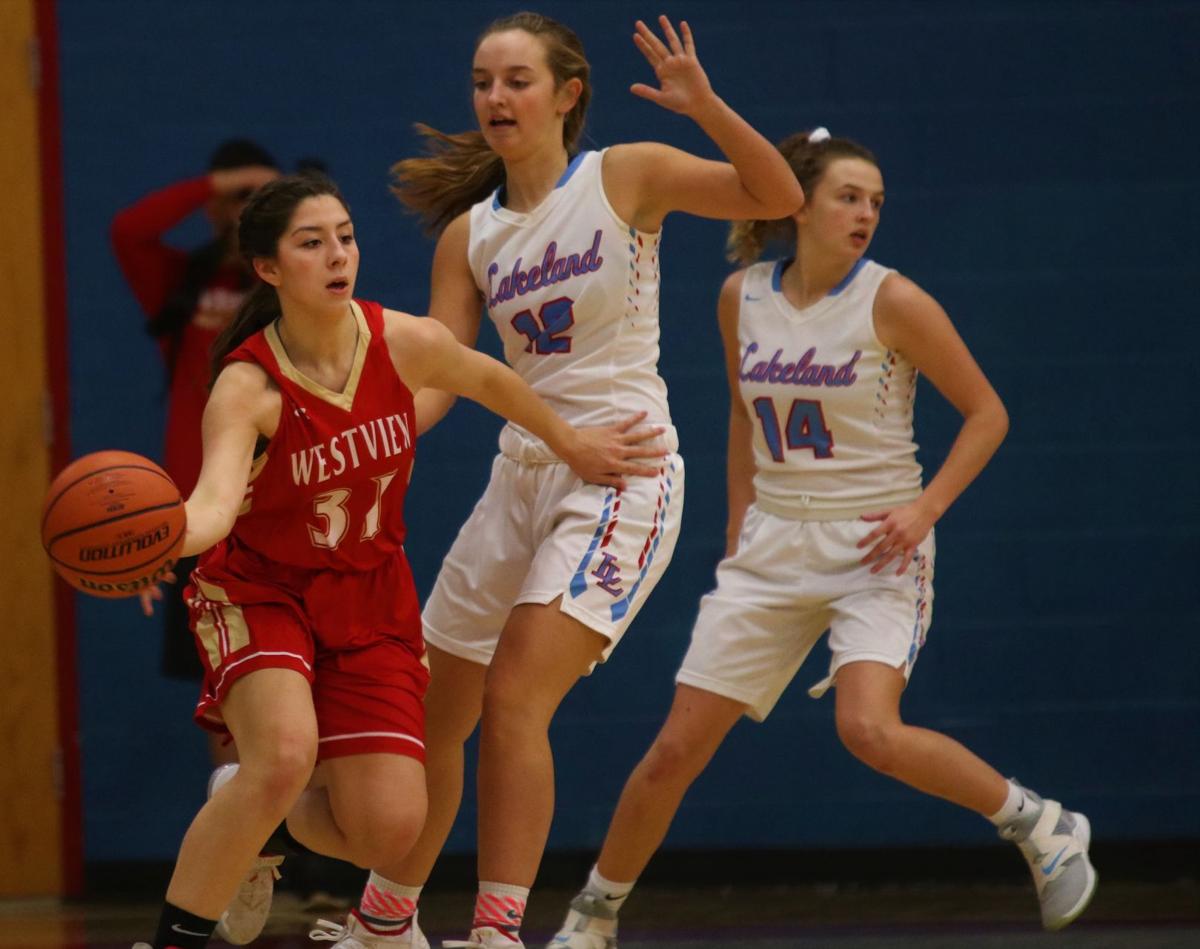 Westview senior Charlie Yoder, 5, fights up a shot through the contact of Lakeland junior Mason Douglas, 4, in the second quarter of the team’s opening-round NECC tournament game Tuesday in LaGrange.

Lakeland freshman Peyton Hartsough, 14, puts up a shot over Westview sophomore Alezy Antel, 21, in the first quarter of the team’s opening round game of the Northeast Corner Conference tournament Tuesday in LaGrange.

LAGRANGE — Another day, another record broken for Charlie Yoder.

The Westview senior became LaGrange County’s all-time leading scorer Tuesday, as he had 37 points in a 71-48 victory over Lakeland Tuesday in the first round of the Northeast Corner Conference boys basketball tournament. After not scoring at all in the first quarter, Yoder had 18 points in the second, eight in the third and 11 in the fourth. His 1,776 career points passed Prairie Heights’ Jacob Heller’s old mark of 1,775.

After he scored zero points in the opening quarter, the Lakeland student section chanted “overrated” at Yoder. His response to the jeering?

While Charlie Yoder struggled in the first quarter, he was bailed out by the play of his teammates. Junior Drew Litwiller had four points and four rebounds in the first eight minutes, ultimately finishing with 10 points and nine rebounds.

“(Litwiller) is a guy that does a lot of different things for us,” Westview coach Rob Yoder said. “He’s a little bit like Charlie in that he gets in the stat sheet in a lot of different areas … he just does a really good job of impacting the game with or without scoring.”

Once the younger Yoder started heating up, though, Lakeland had no answer. Yoder scored 18 of Westview’s 27 points in the second quarter.

On the opposite side, Lakeland (4-7, 2-3 NECC) junior Brayden Bontrager finished with 22 points. He, like Yoder, didn’t score any points in the first quarter, but found a groove starting in the second.

“I credit Brayden a lot,” Lakeland coach Nick Burlingame said. “He’s always going to get the other team’s best defense. They’re always up on him. Often times, I think they let him on him too much … he just keeps fighting through it. I thought he hit some big shots to kind of keep us fairly in it there in the first half. But we’ve got to do a better job of screening for him and guys screening for each other.”

Westview (8-2, 4-1 NECC) now gets to play their rival in Fairfield (4-7, 3-1 NECC) in the quarterfinals Wednesday night. Fairfield defeated Hamilton, 51-27, in their first-round game Tuesday night.

Playing four games in five days is nothing new for the Warriors, as they’ve won two-straight NECC tournament championships. Rob Yoder knows his team will be ready to go for the game.

“I think we have focused guys that aren’t up and down,” Rob Yoder said. “I don’t think we’re an ‘up and down’ group. Through the years, we’ve been pretty good at refocusing quickly, and I think this group will refocus.”

The Lakers (12-7, 5-3 NECC) led 18-8 after the first quarter, but the Warriors (3-14, 0-7 NECC) wouldn’t go away. Westview slowly chipped away at the lead, ultimately cutting it to a two-point deficit midway through the fourth quarter.

That’s when Lakeland’s Bailey Hartsough would take over. She scored 10 of her 15 points in the final period of the game, helping create separation between the Lakers and Warriors down the stretch.

“When we pulled her, we told her, ‘You got to do something … We need you to be you,’” Lakeland coach Dan Huizenga said. “I really think when Beth (Stroop) hit those three’s there — I think she had two in the fourth quarter — now (Westview) has to stay more connected to her, which opens up all those lanes, offensively.”

Westview stayed in the game in large part to the play of junior Gloria Miller. She finished with a game-high 16 points.

“We were trying to get it to her the whole game, and I thought their defense was doing a good job of taking that away from us,” Westview coach Randy Yoder said. “It seemed like we finally got some separation — we were running a little bit of a different offense, and it seemed like it created opportunities for her.”

Lakeland now plays Fairfield (9-7, 4-3 NECC) Wednesday. The two teams played earlier in the season, with the Lakers emerging with a 52-47 victory.