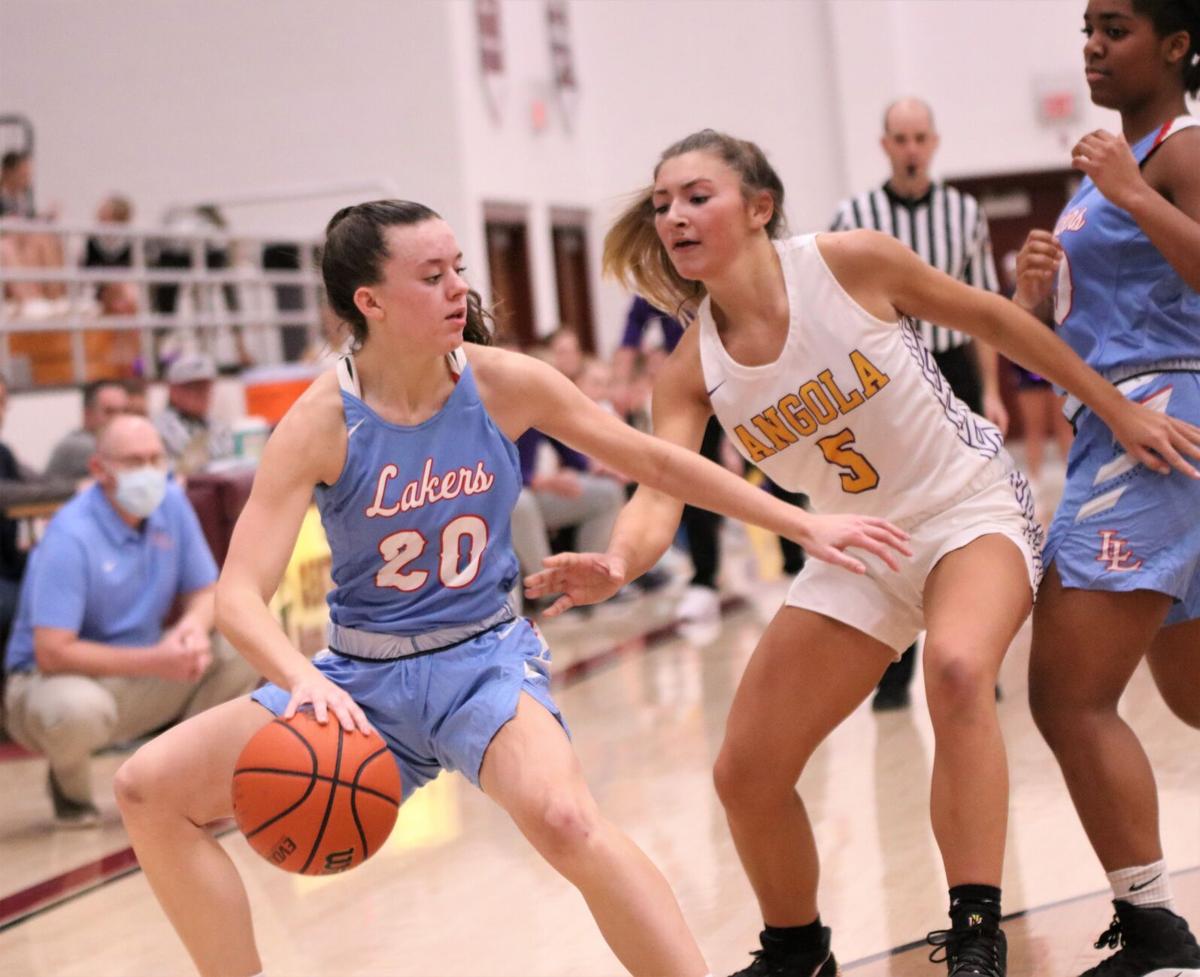 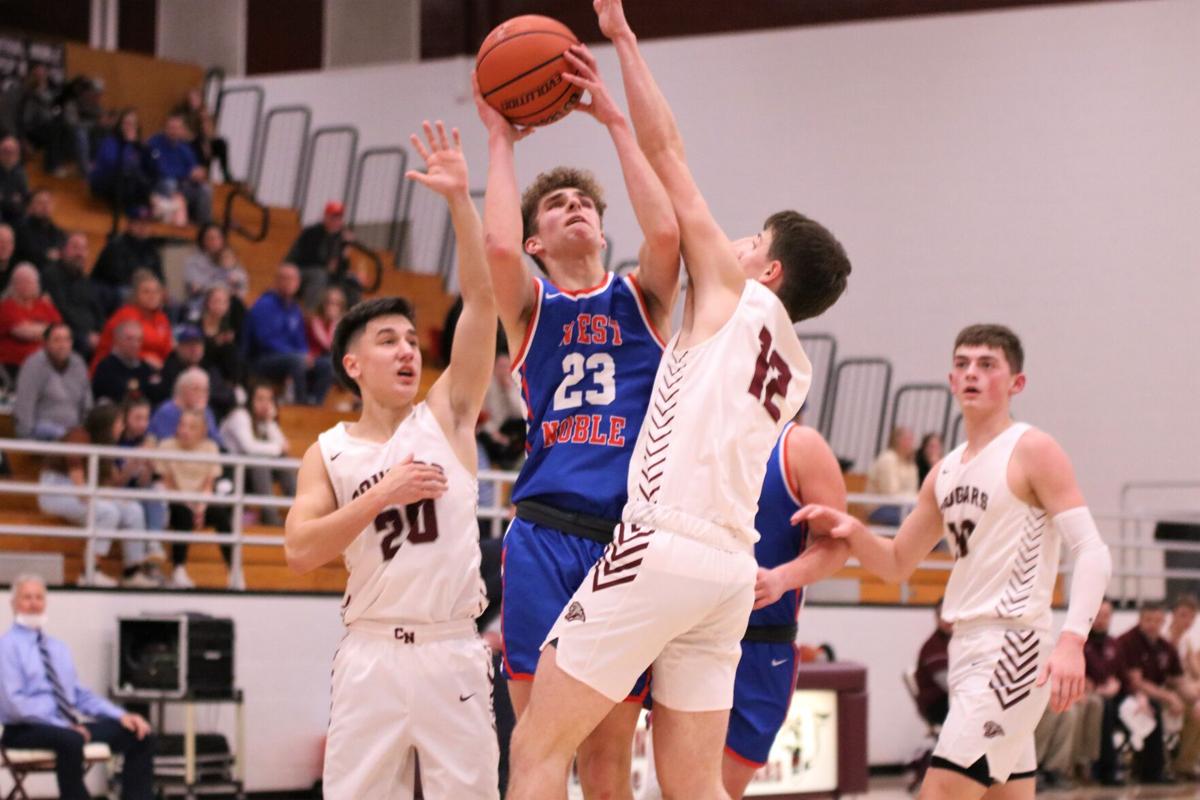 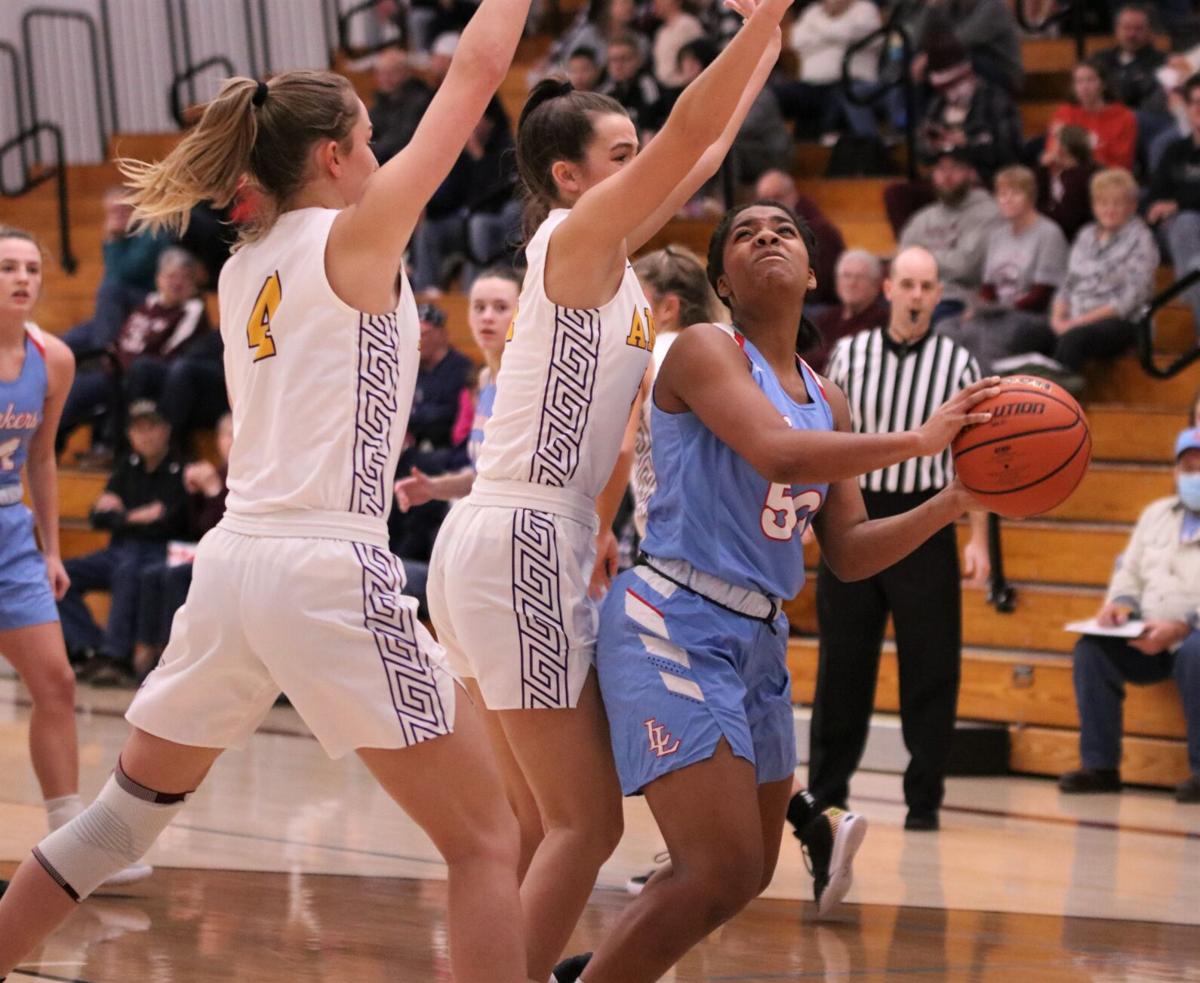 Lakeland sophomore Takya Wallace looks toward the basket while being heavily defended by Angola players during Wednesday’s NECC quarterfinal at Central Noble High School in Albion. 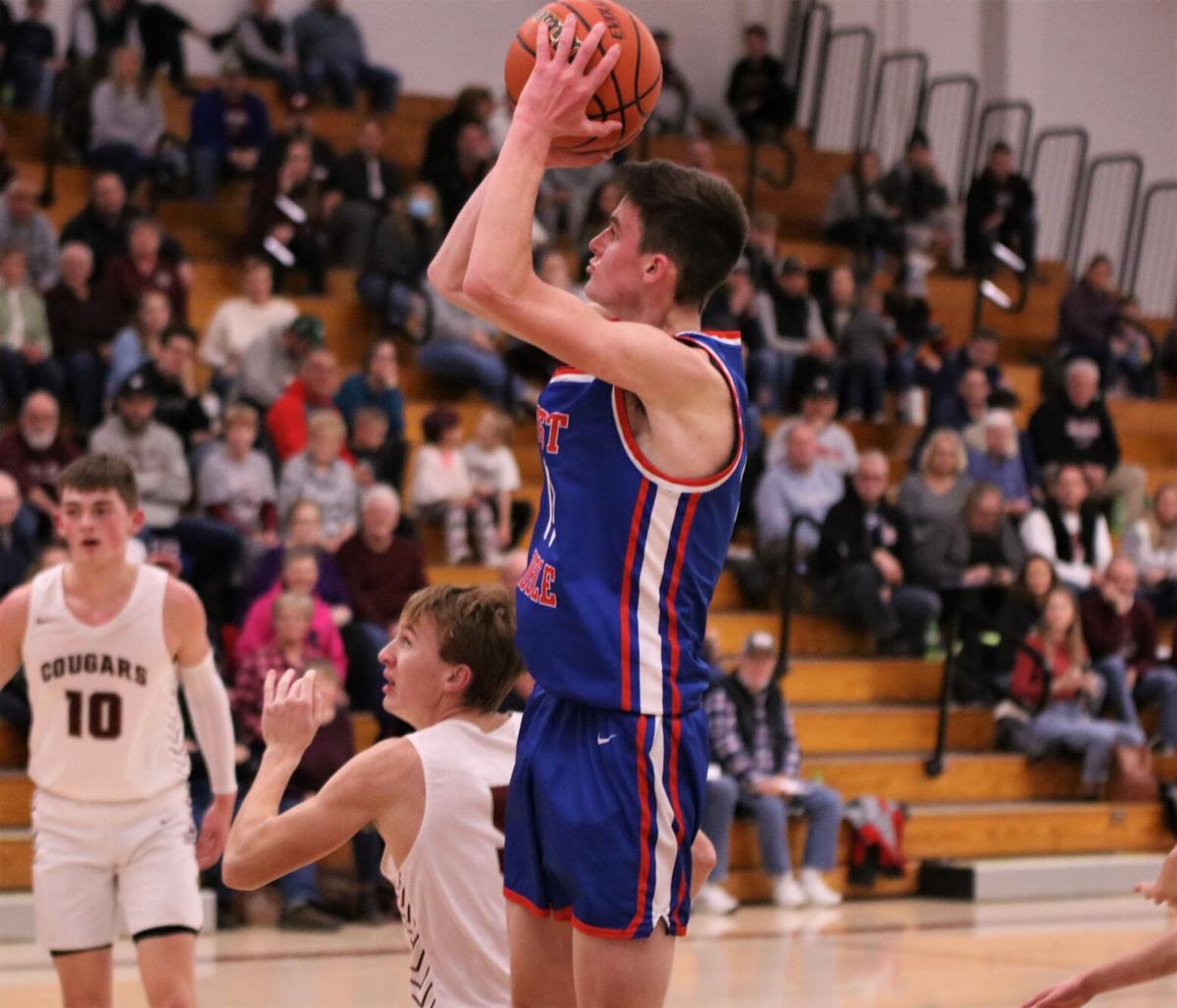 Lakeland sophomore Takya Wallace looks toward the basket while being heavily defended by Angola players during Wednesday’s NECC quarterfinal at Central Noble High School in Albion.

ALBION – During Northeast Corner Conference Tournament action Wednesday at Central Noble High School, both the Lakeland girls and the West Noble boys fell in rematches from earlier in the regular season.

The Lakers lost by 14 to Angola after falling to the Hornets, 50-35, on Dec. 15, while West Noble gave undefeated Central Noble another competitive fight on Wednesday after falling by five on Dec. 17.

The first quarter of action in Wednesday’s NECC quarterfinal was fast both on the court and on the clock.

Angola and Lakeland traded baskets for most of the first eight minutes of play. Lakeland only trailed Angola by two, 15-13, going into the second quarter.

That’s when Angola’s high-spirited defense truly began to bother the Lakers offensively. Lakeland only managed seven points in the second half, yet only trailed 26-20 at the break.

“I think we got tired,” Lakeland head coach Dale Gearheart said. “I think we got gassed. I probably should’ve called a timeout or two. We definitely got gassed later in the game (after the first quarter), and that kind of slowed us down.”

The Lakers offensive woes continued into the second half, where they failed to score for over eight minutes from late third quarter to the near the end of the fourth. That allowed Angola’s lead to balloon from five to 18 during that span.

Junior Peyton Hartsough hit a jumper to make it 31-26 late in the third, but from there, the Hornets forced a lot of turnovers and were then aided by Lakeland’s inability to finish around the rim.

Hartsough led her team with 19, while sophomore Takya Wallace finished with seven. Junior Alivia Rasler only added four points to the box score on what was an off night for a lot of Lakers shooters.

From the opening tip, West Noble held all the momentum against an undefeated Central Noble team playing at home.

The Chargers jumped out to a 16-8 advantage after the first eight minutes of play behind an eight-point first quarter by junior Austin Cripe.

The Cougars quickly woke up though after back-to-back ‘3’s’ cut the West Noble lead to two within the first 30 seconds of the second quarter. The Cougars would eventually jump in front and extend that lead to as many as eight after an 18-2 run that made the score 26-18 with three minutes until halftime.

The Chargers did answer, though, going on a quick 6-0 run during the final two minutes of play, highlighted by baskets from Cripe and junior Nevin Phares, to make it a 26-24 game at half.

“We loved their effort,” West Noble head coach Ethan Marsh said. “But afterwards, when you get a chance to reflect, we need that all the time. We just need to be more consistent. It’s easy to get up for this game. We could’ve picked five guys out of the student section that would’ve played real hard. We just have to have that all the time, and that’s where real improvement starts to happen. That’s where some really great things can start to happen.

“We came out with all of that emotion, but at the first sign of something (bad), how do you respond? That’s something that these guys have to learn from, and hopefully that’s what they take out of this game.”

In the second half, the Cougars opened up a double-digit lead behind stout defense and easy looks around the basket offensively. The Chargers cut the lead to four after a basket from Cripe midway through the third, but Central Noble would open that lead to nine by the end of the third.

Central Noble’s advantage went up to 11 after a three-point bucket from junior Conner Lemmon at the 6:20-mark of the fourth, but West Noble would then fight its way back. After a steal off of a press, senior Adam Nelson drained a ‘3’ to help the Chargers come within a possession at 51-48 with 41 seconds to go.

From there though, Central Noble Connor Essegian would hit eight straight free throws during the final 35 seconds to put the game on ice.

The Chargers were led by Cripe, who had 24. Nelson was second on the team with 11.

“I think we’re really close,” Marsh said. “I think we’re really close. Five losses now. It was four losses by a combined 11 points, now its five losses by 18. Eighteen combined points in five losses, that’s tough. We have to find a way to flip those games a little bit. This group has been through a lot this year. All the sickness that we’ve dealt with. It lingered for a couple weeks. We have a lot of stuff going on that the average fan doesn’t understand.

“It’s been a rocky road, but I think as long as these guys stick together, I think we’re going to be just fine.”