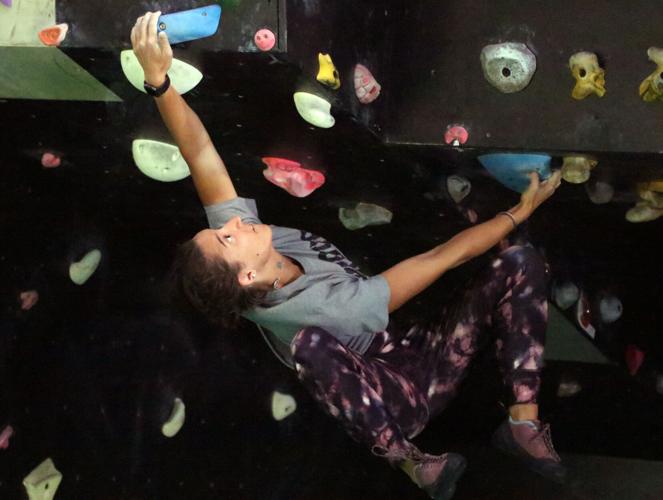 Alyssa Richards, 20, South Bend, navigates one of the courses at the Warehouse Climbing Co. Wednesday in Goshen. 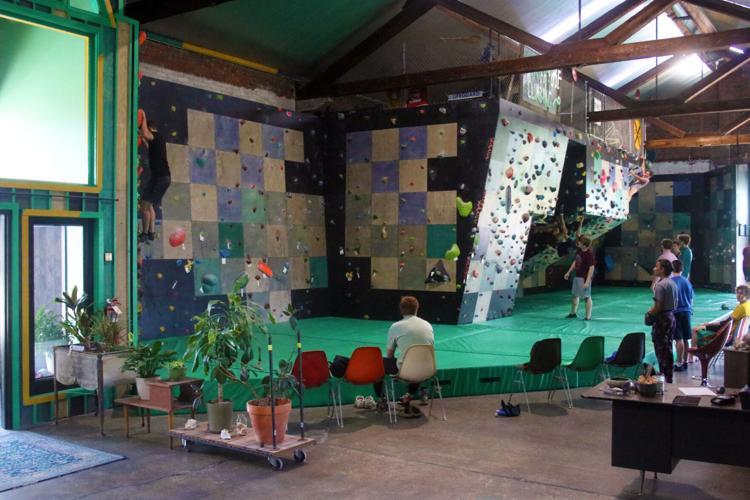 A look at the bouldering wall inside the Warehouse Climbing Co. building in Goshen. The business opened up in May. 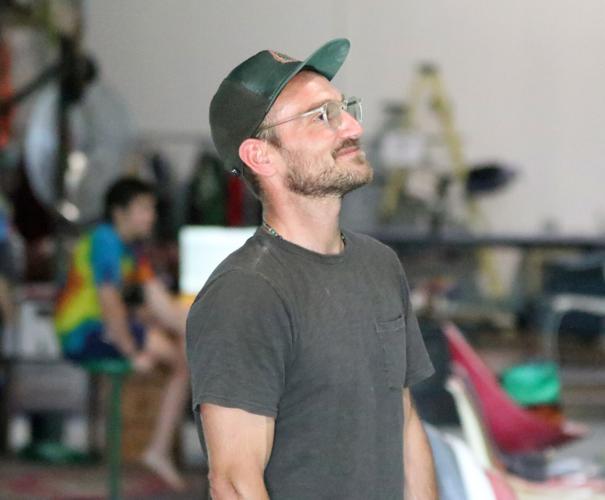 Ryan Borntrager, owner of Warehouse Climbing Co. in Goshen, looks on as people participate in bouldering on the rock wall in the building Wednesday. 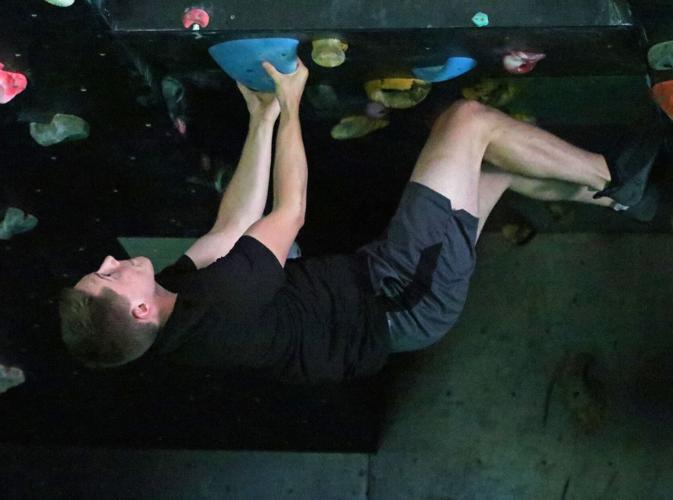 Alex Pippin, 20, Elkhart, navigates one of the courses Wednesday at Warehouse Climbing Co. in Goshen.

Alyssa Richards, 20, South Bend, navigates one of the courses at the Warehouse Climbing Co. Wednesday in Goshen.

A look at the bouldering wall inside the Warehouse Climbing Co. building in Goshen. The business opened up in May.

Ryan Borntrager, owner of Warehouse Climbing Co. in Goshen, looks on as people participate in bouldering on the rock wall in the building Wednesday.

Alex Pippin, 20, Elkhart, navigates one of the courses Wednesday at Warehouse Climbing Co. in Goshen.

GOSHEN — A few years ago, Ryan Borntrager needed a change.

He found it with bouldering.

The Goshen native decided to leave the family roofing business and focus his efforts on opening the city’s first bouldering/rock climbing facility. After a couple of years of hard work getting the facility built, Warehouse Climbing Co. officially opened its doors to the public in May.

“I was getting to a point where I felt that I needed more purpose,” Borntrager recalled. “I was working for the business and following in my father’s footsteps, and it wasn’t something that I really jumped up and wanted to do. I just felt like I wanted to do something more with my life, and climbing is one of my favorite sports to do because it takes you into the present moment and, physically, it’s good for you.

“I just wanted to figure out what my purpose here in life is, and I felt like if I wasn’t giving this a shot, then I’m selling myself short. I believe that we should do what we love to do every day, and that’s kind of my inspiration to do this.”

Borntrager, a 2001 Fairfield High School graduate, started constructing the gym in 2020. Because of restrictions related to the COVID-19 pandemic, a lot of that work had to be done by Borntrager on his own.

A major person helping Borntrager along the way, though, was Tom Shpakow. The Colorado native moved to Goshen a few years ago with his wife and has been involved in bouldering and rock climbing for most of his life. He quickly connected with Borntrager once he moved to Elkhart County.

“The climbing community in northern Indiana is small, so it didn’t take long to find a couple of people,” Shpakow said. “(Borntrager) had, out on his property, this barn that was a climbing barn, so that’s where I first met him at. That barn was the seed that turned into this gym, I would say.”

For Borntrager, climbing is a relatively new sport to him, as he’s only been doing it for six years now.

“I was just blown away with how good it made me feel, the shape that it put me in and the potential to just keep trying to get better at it,” said Borntrager of one of the fastest growing sports in the world. “That’s kind of what my first impressions were of it. I just like the thought of being able to climb something and explore a different area.”

Both Borntrager and Shpakow worked together to design what the climbing wall would look like. Shpakow then laid out the different climbing routes that adorn the wall, which are color coordinated based on skill level.

“What I’m trying to do as a route setter is create fun, safe routes that teach people movements,” Shpakow said. “There are challenges; there are different ratings — ‘V0’ is the easiest, ‘V9’ is the hardest one in here. … The goal of route setting is to create problems to solve. It’s like a puzzle with your body. Once you solve it and figure out the sequence, then hopefully you can, physically, do it. If not, you come back next time when you’re fresh and you give it a go.”

The gym, located at 605 Logan St. in Goshen, has found success early on, as crowds of 25-30 come into the facility on average per night. There are also lunchtime hours that draw nice crowds as well.

“We’ve been pleased with how many people have been coming through,” Borntrager said. “Everybody that comes through is just a blessing. We’ve had … almost every age range, from three and up, try it. So far, it’s been going at a perfect pace for us, being new to owning a gym.”

Two people excited about the new facility are Alex Pippin and Alyssa Richards. Both of them graduated from Penn High School in 2020, have been at Purdue the last two years and have started getting into bouldering in the last year. Having a place close to home this summer has been beneficial for both of them.

“It’s actually super nice because this is the only place over in the Elkhart and Goshen area like this,” Pippin said. “The only other place in the area that I’ve found is Notre Dame. They have one on campus, but it’s closed to non-students because of COVID still.”

“I thought I wasn’t going to be able to boulder at all this summer, so as soon as I heard this opened up, it was really nice because the only gym I’ve ever been to is the Purdue one,” Richards added. “So, this has been particularly nice for me.”

For Borntrager, just the chance to live out his dream has been the biggest reward of the past couple of months.

“My number one goal was to get this place going and to have it to where I’m finished with it,” Borntrager said. “I’ve got ideas for the future, but I want to make sure that I get this completely done. There’s potential to grow this into climbing with ropes, like sports climbing. I’ve built this place from the ground-up. … I just feel so blessed to be in this opportunity.”