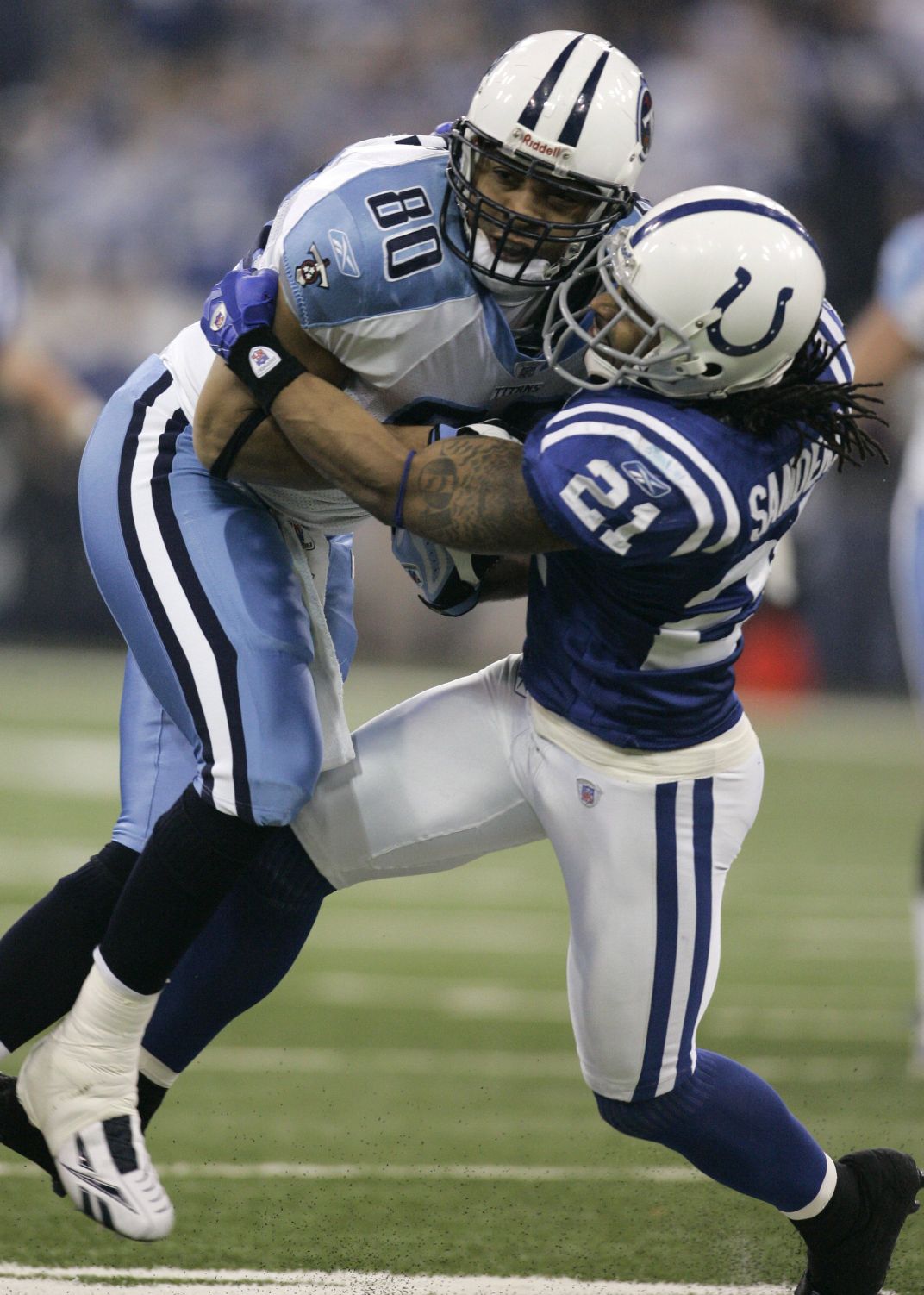 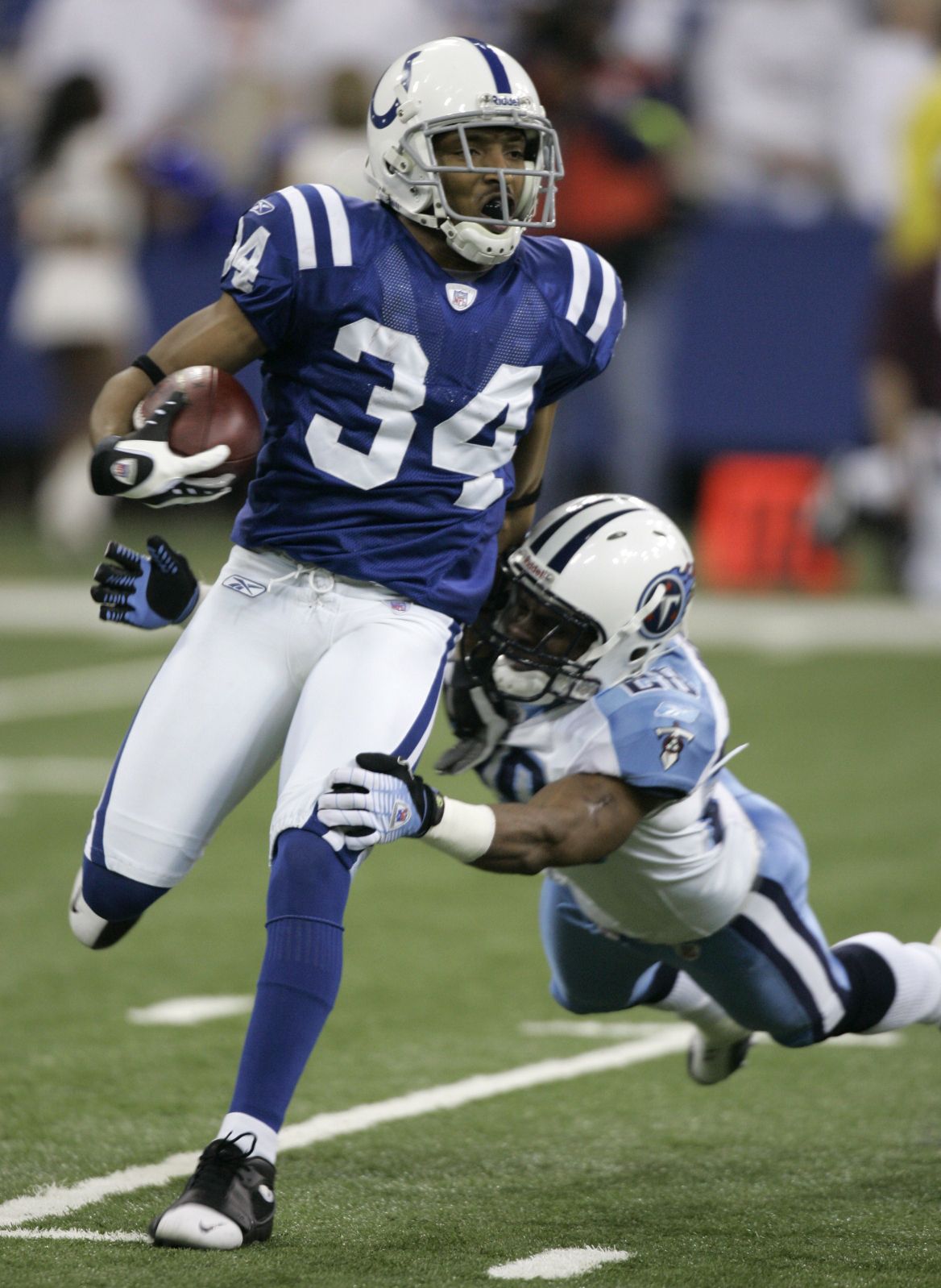 INDIANAPOLIS (AP) — In the defining moments that put the electrifying Vince Young in the playoffs for the first time, he wasn’t zigzagging through a helpless defense — he was on the sideline wearing a baseball cap. The Tennessee Titans’ quarterback was injured in the third quarter of Sunday night’s must-win game against the Indianapolis Colts. Veteran Kerry Collins came to the rescue and led the team to three scoring drives in a 16-10 win. Tennessee (10-6) will play at San Diego Sunday at 4:30 p.m. EST. When asked how it felt to lead his team to the playoffs, Young replied flatly, “It’s not about me.” He’s right. Though still exciting, Young threw 17 interceptions and just nine touchdown passes this season. He averaged 4.2 yards per carry, down from a 6.7 average a year earlier. Instead, it’s been about a kicker who is heading to the Pro Bowl and a defense and running game that both ranked fifth in the league heading into Sunday’s game. All those elements came through against the Colts. Rob Bironas kicked a 40-yard field goal to tie the score at 10 in the third quarter, a 54-yarder to make it 13-10 and a 33-yarder with 2:56 to go. Tennessee’s defense held Indianapolis to 194 yards, though the Colts used backups for much of the game. The Titans struggled to run the ball against the Colts, but did well enough to keep the ball for more than 35 minutes. Now, the Titans are in the playoffs for the first time since 2003, when Steve McNair, Derrick Mason and Eddie George led them to the second round. They just missed the playoffs last season, so they have a greater appreciation for their accomplishment. “It was an ugly win, but it was a win,” running back LenDale White said. “We get the win when it counts. It was for the money — playoffs or go home. We’re in the playoffs now, and it’s the best feeling you can have.” The Titans started the season 6-2 before losing three straight games by a combined 58 points. Defensive tackle Albert Haynesworth said the Titans lost focus after their fast start. “We were tooting our own horn a little bit,” he said. “It feels good to get back to the grind and know we’re not that great team yet, we still have to fight and practice and get better.” They’ll have the chance, thanks to Collins. He completed 10 of 13 passes for 106 yards in about a quarter and a half. He played so well that the Titans kept him in, even though Young said he could have returned. Young was solid against the Colts — he completed 14 of 18 passes for 157 yards and led the Titans to their only touchdown on their opening drive of the game. But he knew Collins had the hot hand. “Kerry Collins is a veteran,” Young said. “He’s a great quarterback, to me, anyway. He knows what to do.” Now that the Titans have pushed their way into the playoffs, they want the respect they feel they deserve. “A lot of people don’t give us the kind of love we need,” Young said. “We’ve just got to continue what we’re doing.” The Colts (13-3) had already clinched a playoff berth and a bye, and used the game to set several milestones. Colts quarterback Peyton Manning went over 4,000 yards for the season with a completion in the first quarter. It’s his eighth 4,000-yard season, an NFL record. He played until the middle of the second quarter after completing 14 of 16 passes for 95 yards, and was replaced by Jim Sorgi. Reggie Wayne took the NFL’s yards receiving title. His 6-yard catch from Sorgi in the second quarter pushed him past New England’s Randy Moss. He caught one more pass, then left the game and got a hug from coach Tony Dungy. For the season, Wayne finished with 1,510 yards, the fourth-highest total in team history behind three seasons by Marvin Harrison. Wayne caught 12 passes for 87 yards in the first half to reach 100 catches in a season for the first time in his career. The Titans weren’t concerned about any of those numbers, just the one on the scoreboard in their final regular-season game at the RCA Dome. “It definitely wasn’t pretty, but that’s just how we fought all year,” Titans linebacker Keith Bulluck said. “We’re a scrappy, young team, definitely one of the future teams in the NFL. It just shows what we’re about.” Notes: Indy’s loss ended a 10-game home winning streak against AFC South opponents. ... Haynesworth left briefly in the first half after reinjuring his right hamstring, and Bulluck left late in the game with an undisclosed injury. ... Justin Gage had seven catches for 104 yards to lead the Titans.