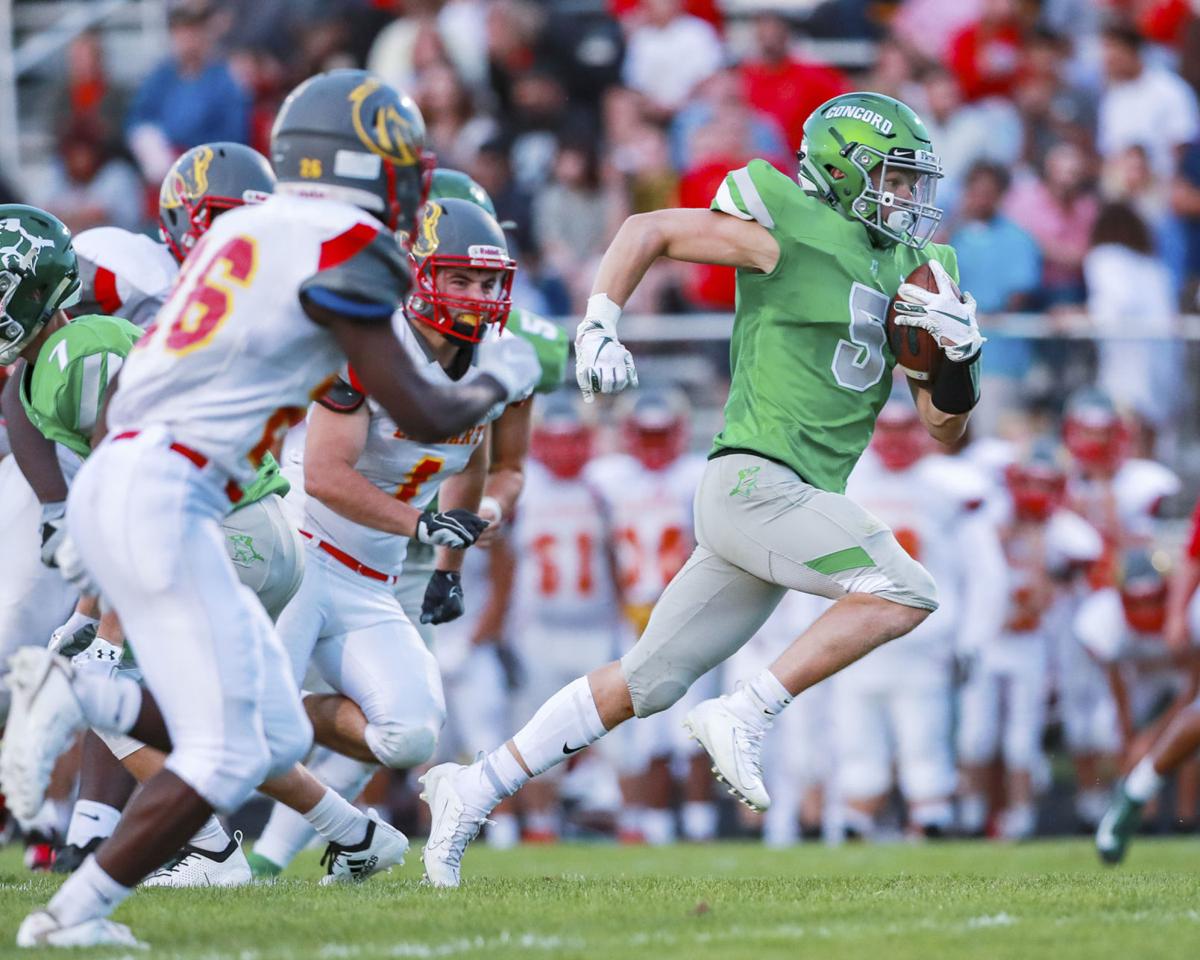 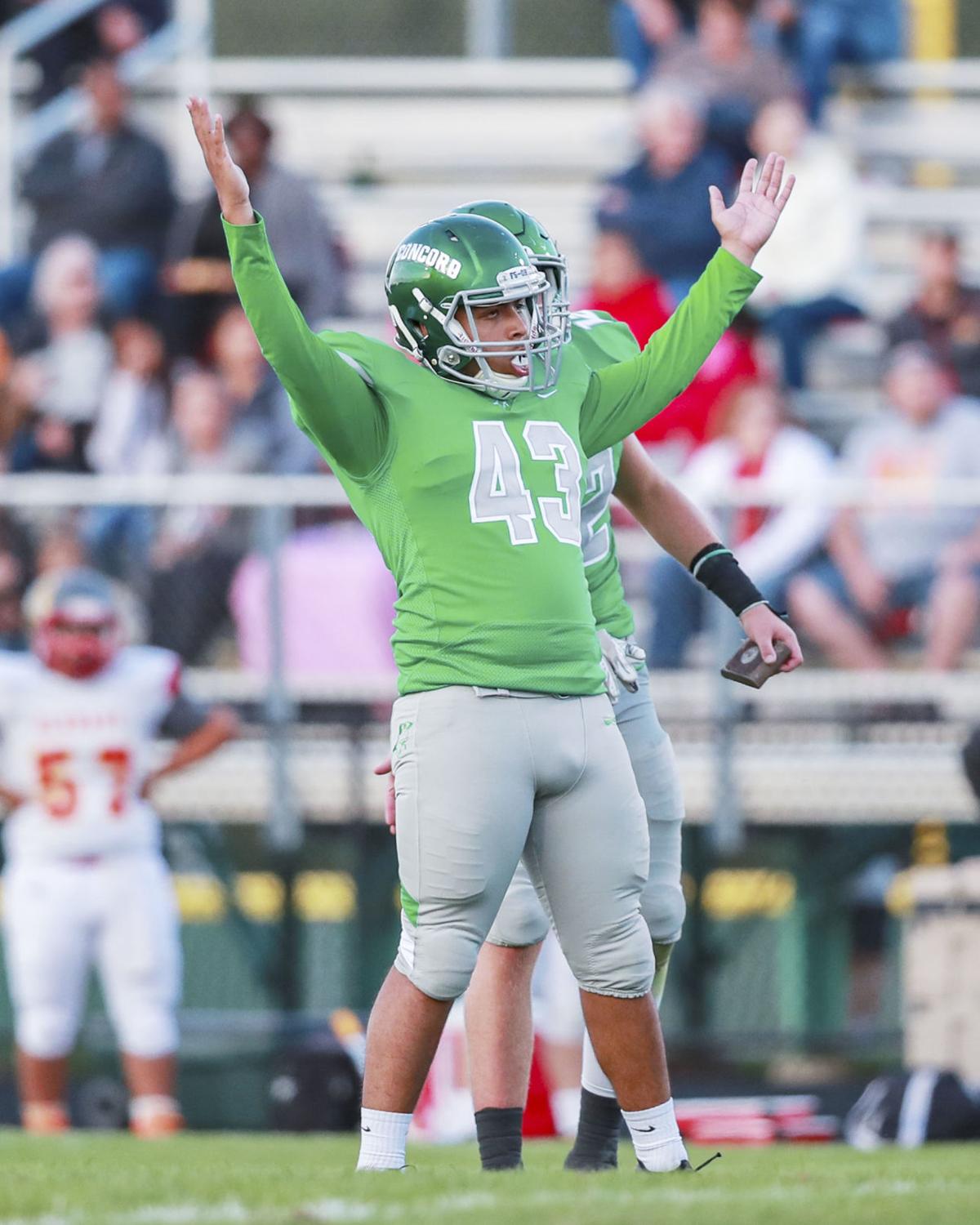 Concord Senior Ariel DeLaPaz (43) celebrates after kicking a 46 yd FG during the matchup against Memorial at Concord High School. 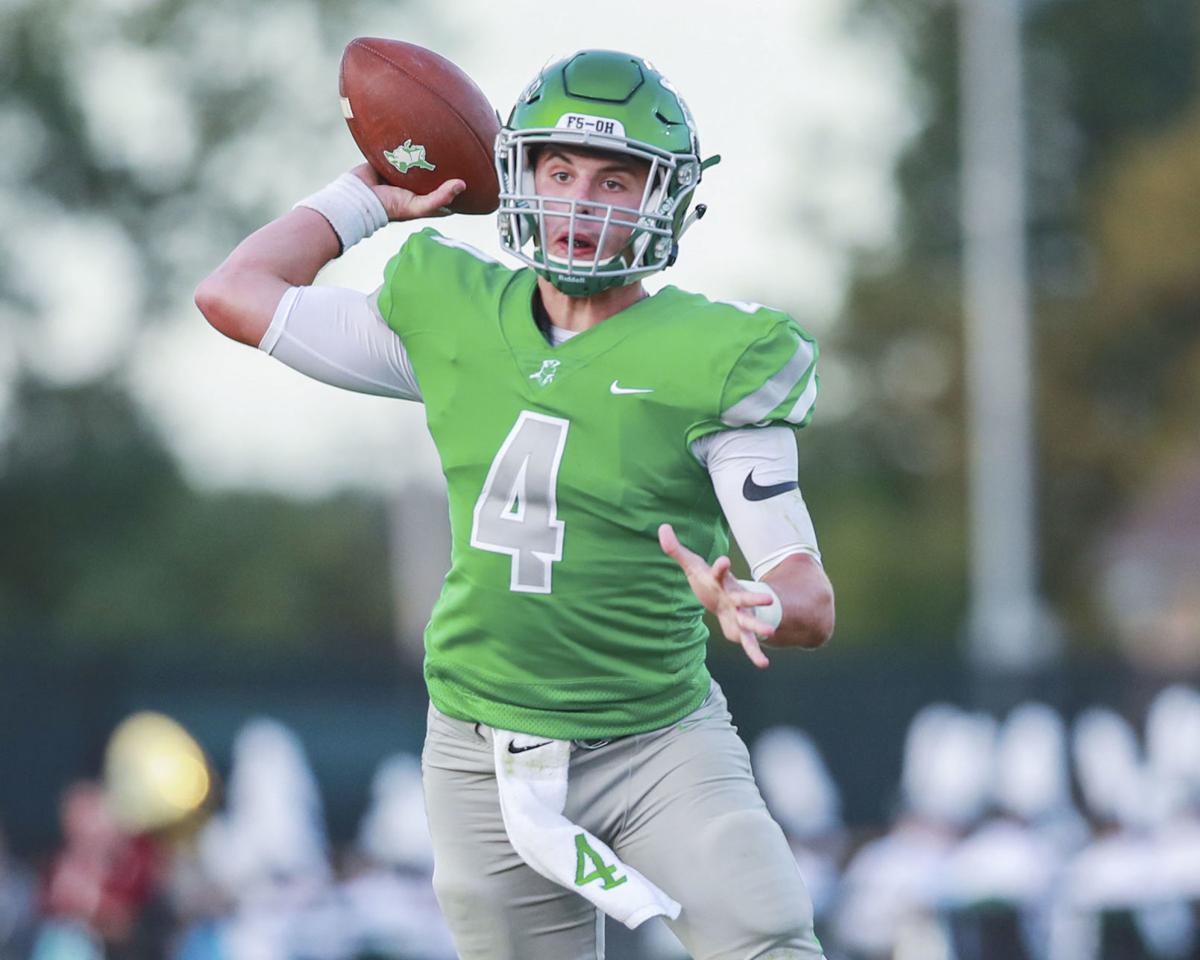 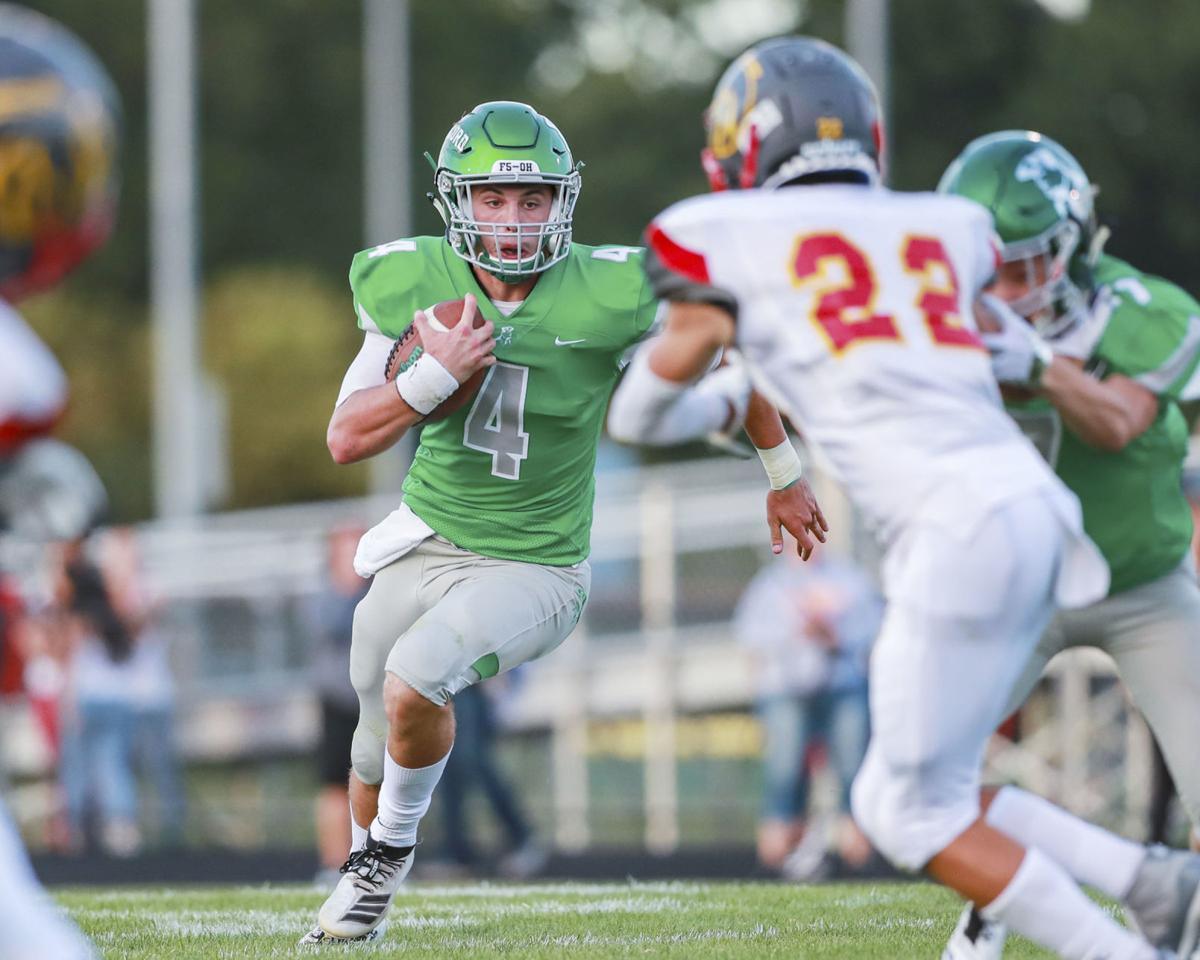 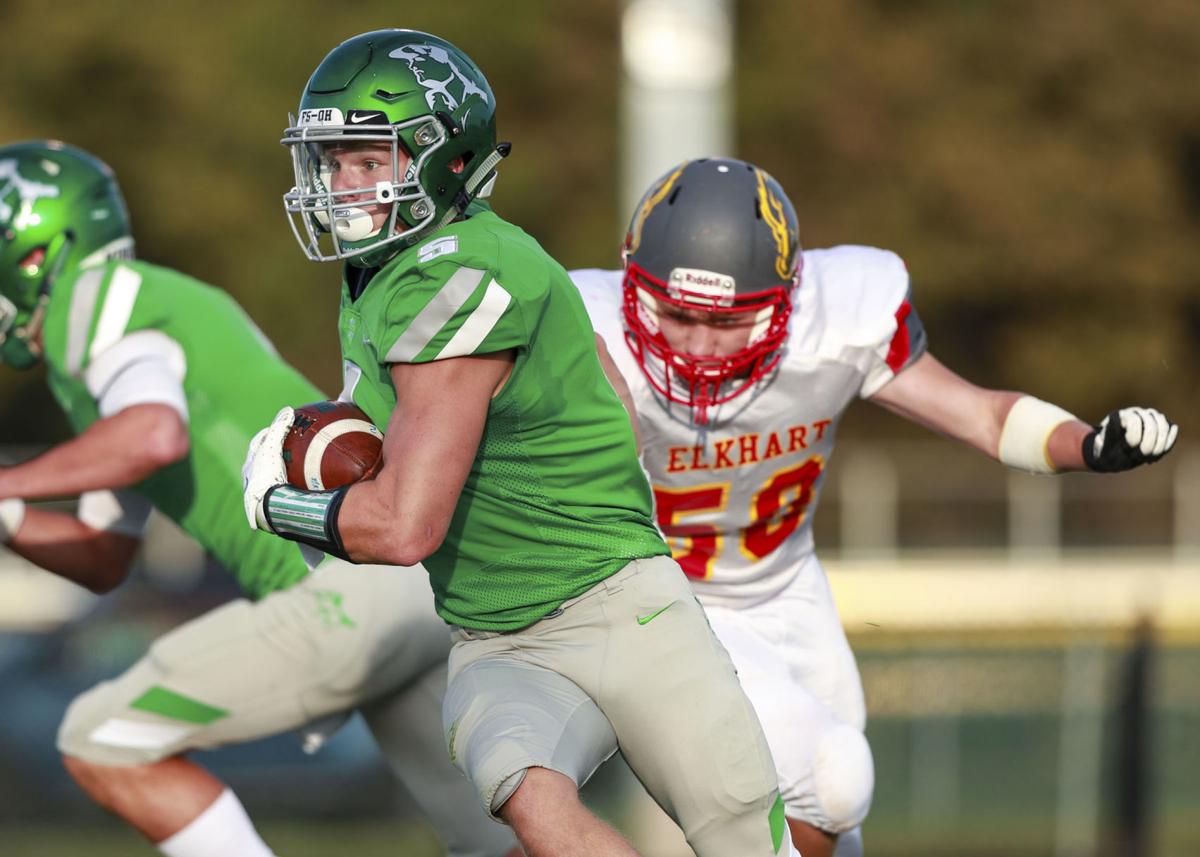 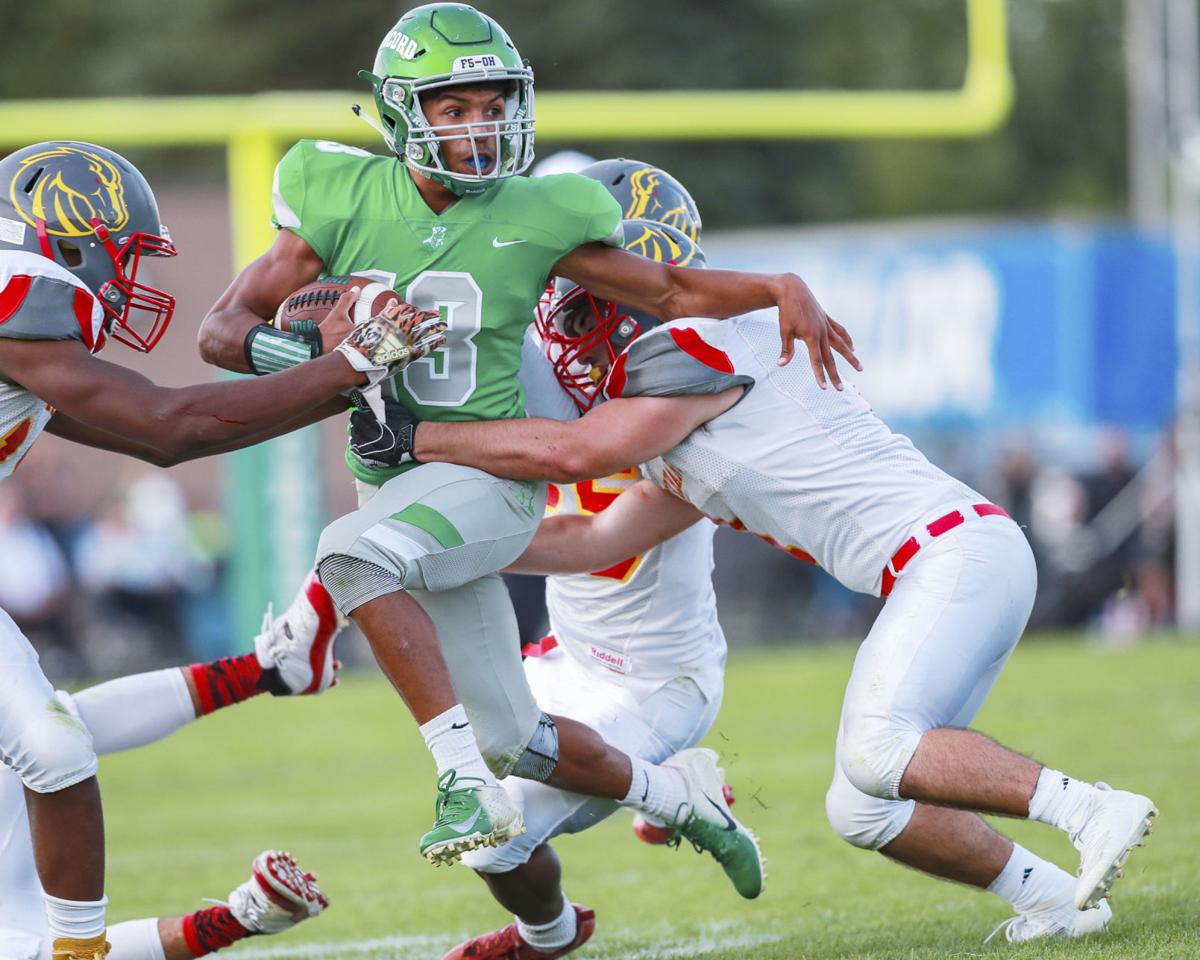 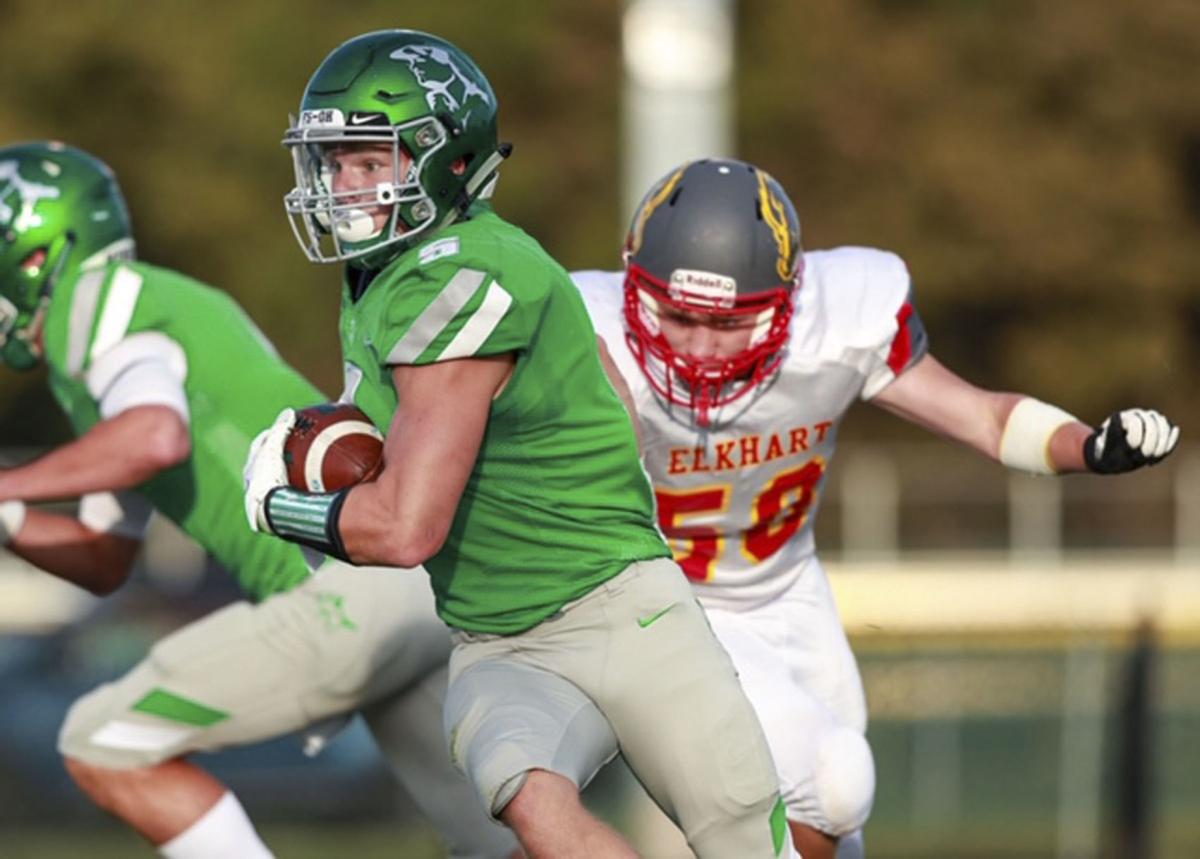 Concord Senior Ariel DeLaPaz (43) celebrates after kicking a 46 yd FG during the matchup against Memorial at Concord High School.

DUNLAP — For the first 10 minutes of the game Friday, Concord couldn’t get anything going. They had seven yards of offense and two punts kicked straight into the wind gave Elkhart Memorial two short fields to work with. The first one led to a Memorial touchdown, giving the Crimson Chargers a 6-0 lead.

The second changed the game completely for Concord.

Minutemen senior Jacob Creek stepped in front of a Tyler Lehner pass, giving Concord the ball at the Crimson Charger 46-yard line. Jamyris Rice then ran 36 yards to set up a first and goal, Ethan Cain had a tough five-yard run, and Cain threw a pass to teammate Amarion Moore to put the Minutemen ahead 7-6.

Concord didn’t look back from there, ­­­knocking off Memorial, 31-18, to open up Northern Lakes Conference play for both teams.

“Huge,” Concord coach Craig Koehler said of Creek’s interception. “It was not going well. But, obviously, that was positive. We got tested early, certainly had our backs against the wall and faced some adversity early in the game. It was nice to see how we responded to the adversity.”

Memorial’s next drive also ended in an interception, as Carter Neveraski intercepted a pass at the Minutemen five-yard line. Concord went on a 95-yard, five-minute drive after the interception, capped off by another touchdown pass from Cain to Moore to make it 14-6 early in the second quarter.

Four minutes later, an Ariel DeLaPaz 46-yard field goal made it 17-6 Concord. Less than 90 seconds after that, Neveraski had a 22-yard touchdown run to make it 24 unanswered points from the Minutemen to end the first half.

“I went up to our guys and said, ‘This is the play, right here,’” Neveraski said of his touchdown run. “O-line did a great job, made a big-ol’ hole. Just followed it to the end zone.”

While the offense found its groove, so was the Concord defense. They didn’t allow a first down for the first 12 minutes of the second quarter. Memorial finally put a drive together late in the half, but a pass deflected off a Crimson Charger receiver and into the hands of Moore from Concord.

“It gives us tremendous confidence because even when our offense isn’t rolling, we know, as players, we can look to our defense and keep us in games,” Neveraski said of the Minutemen’s defense. “Tonight, we needed it.”

The first-half struggles for Memorial carried over to the second half, as the Crimson Chargers fumbled on the second play of the third quarter. The fumble was recovered by Concord’s Colton Barton at the Memorial 32-yard line.

While Concord’s offense didn’t get much going in the third quarter, the defense kept its mojo rolling. Neveraski was the star for the Minutemen, making a stop on a fourth-and-one at the Concord 38-yard line.

On the next Memorial possession, Neveraski intercepted his second pass of the game to snuff out yet another Crimson Charger drive.

“My job is to play center field, and we noticed that when they were in trips (formation), their guy was bailing out,” Neveraski said. “I had to come over and help and was able to make some plays on that.”

Memorial finally broke through on offense early in the fourth, as Lehner found Derrick Woods in the end zone for an 11-yard score, making it 24-12 with 10 minutes left in the game.

Concord responded immediately, however, as Cain found Moore for another touchdown pass — a 57-yard score on a slant route — to put the Minutemen ahead for good.

Cain finished with 132 yards passing and three touchdowns. Moore had 80 yards receiving and caught all three of Cain’s touchdown passes.

Lehner added another touchdown pass to Woods to result in the final score. Memorial (0-2, 0-1 NLC) play at Goshen next week.

Concord is 2-0 (1-0 NLC) and heads into a showdown with conference foe NorthWood (1-1, 0-0) next week. The Panthers knocked off the Minutemen, 29-20, in Nappanee last year. Concord looks to exact some revenge next week when the teams meet in Dunlap.