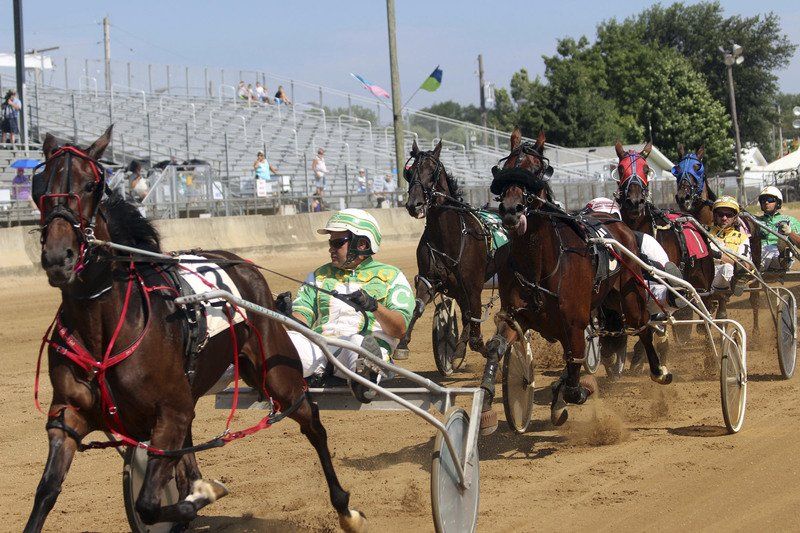 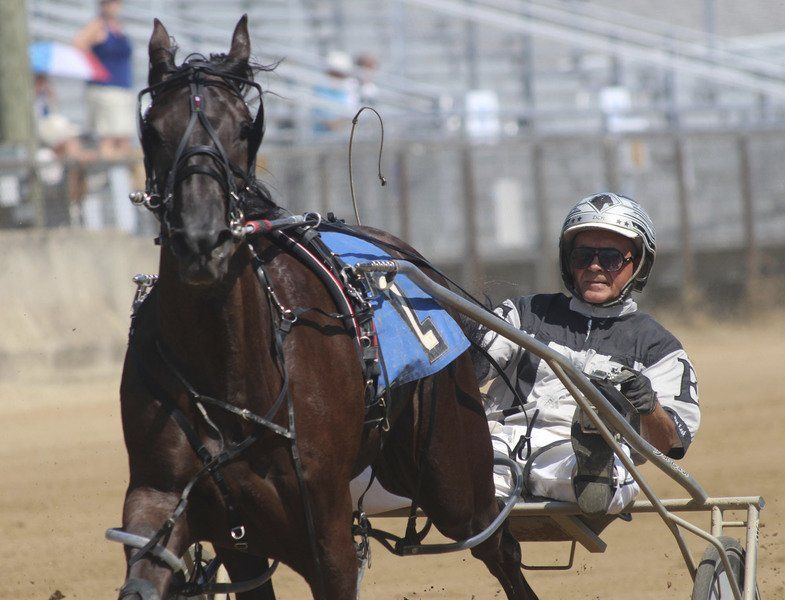 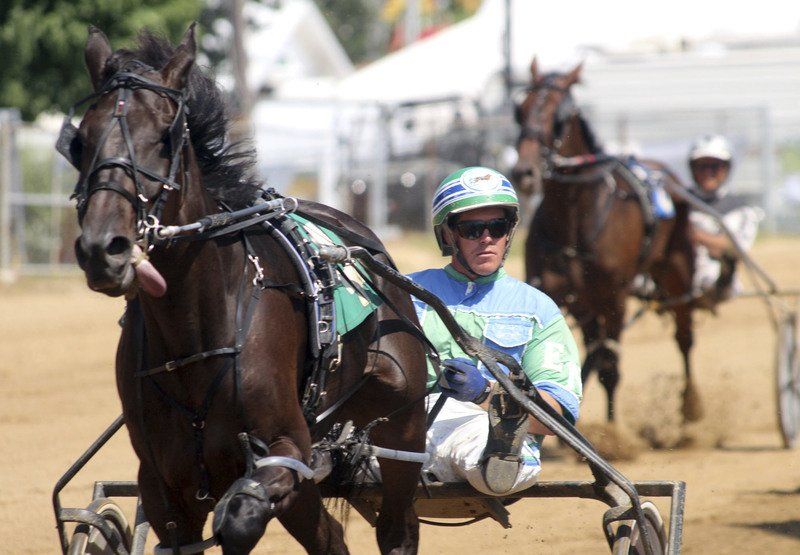 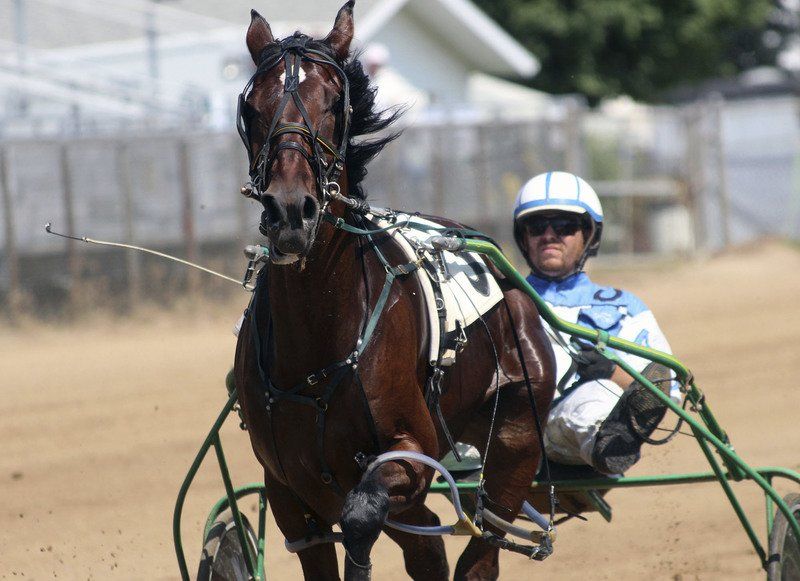 GOSHEN — One of the most recognizable names in the sport of harness racing was at the Elkhart County 4-H Fair Tuesday.

Peter Wrenn, winner of more than 9,500 harness races and more than $95 million in prize money, competed in the Maple City Trot for three-year-old colts, first division. He drove Stormout Park to victory in a time of 2:04 4/5 for the one-mile race.

Wrenn enjoys coming to the fair.

“My blood lines are in the county fair circuit,” he said. “That is where I got my start and the county fairs should be supported more. I love coming here. This is a great fair. You get a smile from people here whether you win or lose.”

“It just depends on whether or not I have horses to enter,” he said. “Last year I just forgot to enter my horses. The result today was good while the other day it was not so good. That is the way racing goes.”

Wrenn collected a purse of $7,000 by winning the Cleo Hartzler Memorial. Hartzler was a long-time supporter of harness racing in Lagrange County and enjoyed coming to the Elkhart County 4-H Fair. Hartzler passed away last summer. He was the grandfather of fair assistant harness racing director Brooke (Harvell) Gabriele and the father of Brooke’s mom Diane Harvell who helps her daughter with the harness racing program.

So far this season at Hoosier Park near Anderson, Wrenn, who has started 764 races with 110 wins, 105 seconds and 75 thirds.

The 52-year-old began racing when he was 14. He is originally from an area east of Lansing, Michigan.

“Michigan is big in harness racing and I raced at a lot of the county fairs when I was growing up,” Wrenn said.

According to Wrenn, Meadowlands Raceway in New Jersey is the most famous place he has raced.

The feature race of the seven-card program Tuesday at the fair was the Maple City Trot for three-year-old fillies with a purse of $12,000.

Doug Rideout of Winchester was the big winner, driving Herbies Wildflower to a win in 2:05 1/5.

“If you are only going to win one race that is the one to win,” Rideout said. “We bought her (Herbies Wildflower) as a yearling. She is a nice little filly. She tries hard and has a great attitude. Those are two things you can’t teach a horse. They either have them or they don’t.”

“That is the toughest one to win from,” Rideout said. “You are way out on the end and the first turn comes up really fast. Herbies Wildflower does not normally go out that fast, but today I took her out fast. The problem with doing that is you have to make sure the horse has enough left at the end.”

The victory made Herbies Wildflower the newest member of the $100,000 career earnings club.

Former Goshen resident Don Eash continued his good times at the fair with a total of four more wins on Tuesday. He drove two winners and Ervin Nisley added the other two on horses owned by Eash.

Nisley is originally from Goshen but now lives and works for Eash in Greenfield.

“When Don has two horses in a race I drive one of them,” Nisley said.

Nisley drove ER Rock My World to a win in the third race and Undertaker to victory in the fourth.

“I was a little surprised Don let me drive Undertaker,” Nisley said. “Undertaker is a pretty nice horse and is hard to beat on the fair tracks.”