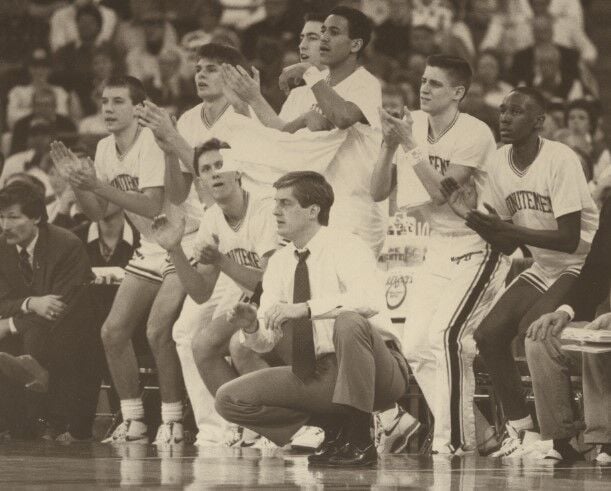 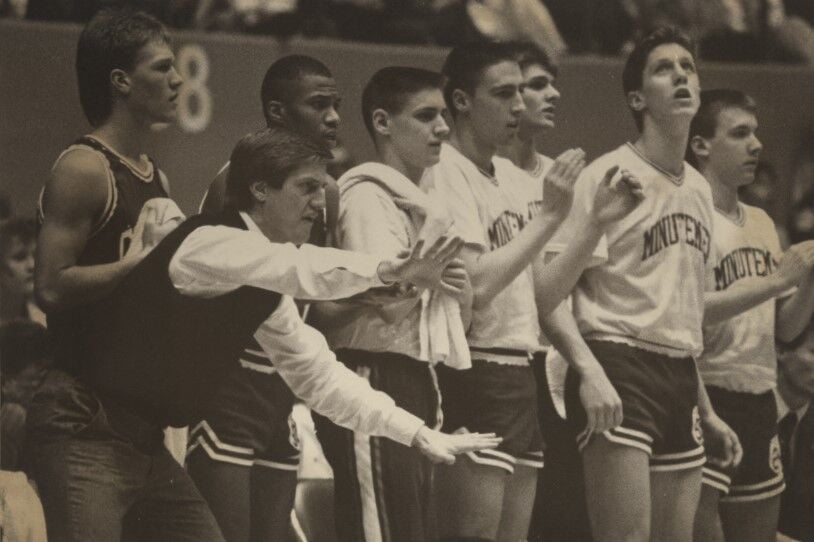 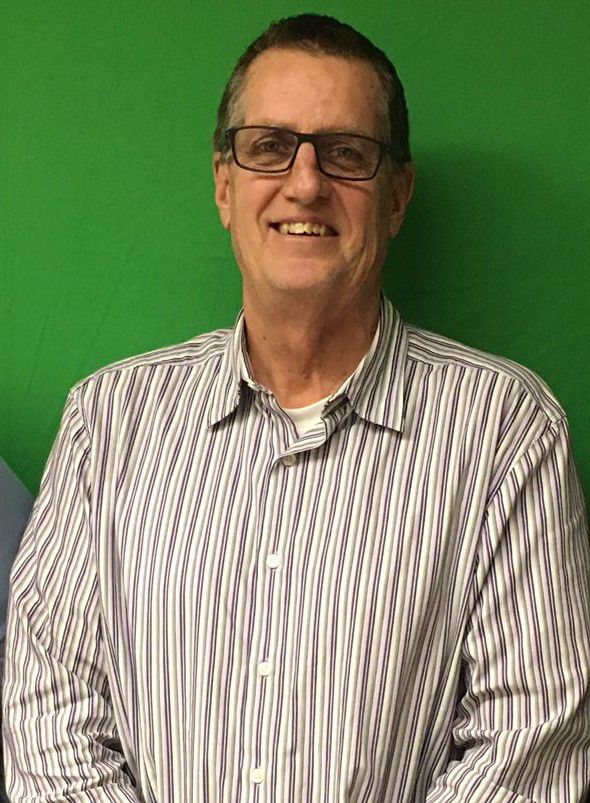 Jim Hahn is pictured after coming on an episode of The Goshen News Sports Podcast in March 2020. Hahn, 64, died Thursday. 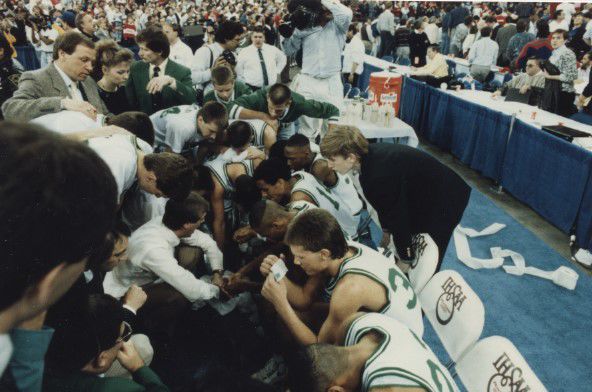 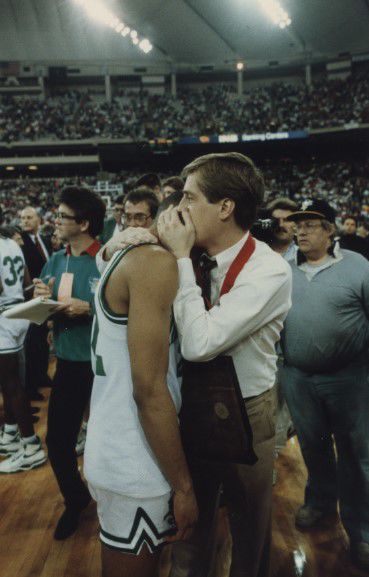 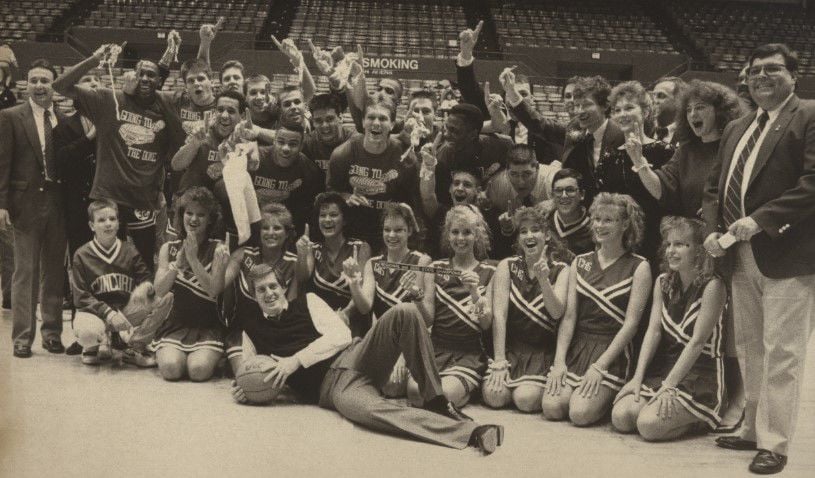 The 1990 Concord boys basketball team takes a team picture after winning the semistate championship, advancing to the state semifinals.

Jim Hahn is pictured after coming on an episode of The Goshen News Sports Podcast in March 2020. Hahn, 64, died Thursday.

The 1990 Concord boys basketball team takes a team picture after winning the semistate championship, advancing to the state semifinals.

Jim Hahn, who led the Concord boys basketball team to two state runner-up appearances in 1988 and 1990, died Thursday. He was 64 years old.

“Great day to be alive count your blessings! If you are praying you are not worrying if you are worrying you are not praying! God took my brother! He is now with my mom and dad! He left us peacefully and not suffering! God bless you Jim! RIP!” read Billy’s full tweet.

Hahn coached Concord from 1983 to 1994. He went 203-68 in 11 seasons, winning four Northern Lakes Conference championships, six sectionals, four regionals and two semistates. Concord also won 61-straight home games during a stretch of his tenure, which is a state record.

He led undefeated Minutemen teams to the 1988 and 1990 state championship games in the one-class system, falling short to Muncie Central and Bedford North Lawrence, respectively, in the title games.

In 1988, future NBA All-Star Shawn Kemp was the catalyst for the team. The 1990 team featured two Indiana All-Stars, Jamar Johnson and Jeff Massey, and was played in front of a record 41,046 fans inside the Hoosier Dome. Hahn is the only boys basketball coach to lead a program to the state finals twice in Elkhart County history.

After coaching, Hahn was a salesman at Welch Packaging. He had one daughter from a prior marriage, Jamie, 33, and two step-children, a step-son, Nathan, 26, and step-daughter, Casey, 23.

Mike Swanson, who was a starter on the 1990 state finalist team, said he sent a text to coach Hahn after he passed away Thursday night. He shared that text with The Goshen News, which has only been modified for grammatical purposes.

“Coach I’m hurting so much right now. I really needed to talk to you again. I can’t believe [you’re] gone. I will never forget when you walked me from one end of the court to the other by my neck telling me I needed to [forget] about missing that free throw in the state game. I wish I could hear one more of your motivational speeches. You were more than a coach, you were a mentor. A father, brother, and best friend. You were the reason we were so successful. You made us want to run through a brick wall and win for you. Thank you coach for everything you have done for all of us who played for you. We will always BELIEVE because of you.”

Bill Mutch was a starter for Hahn on both state runner-up teams. He’s at the center of Minutemen infamy, as his blocking foul call on Damon Bailey late in the 1990 title game — which many in northern Indiana believe was a charge — has been debated by Concord fans for decades.

“I will say on behalf of every player, that we are broken,” said Mutch in a text message to The Goshen News. “(Thursday) was a day filled with tears. Our prayers go out to his family, and his coworkers. He was loved by anyone who knew him and he will be missed for a lifetime.”

Jamar Johnson was the star player on the 1990 team, earning Indiana All-Star honors for his season. Johnson went on to play collegiately at Nebraska and now runs a basketball league in Tempe, Arizona.

“There’s so many great times and stories I would love to share,” said Johnson in a text message to The Goshen News Friday morning. “The last 18 hours have been rough. I didn’t just lose a coach; I lost a big brother, a mentor, and father figure. Someone who truly believed in me, and losses like that leave a huge hole in the heart. But I will do my best to fill that space with all of our great memories that I got to experience with him.

“I want to give my deepest condolences to his daughter Jamie, his wife Cindy and to the Hahn family.”

Tyler Davis played under Hahn from 1991-94. He then went on to play at Samford University, becoming the seventh Division-I player to play under Hahn. Davis now coaches high school basketball in Alabama, where he led Mountain Brook High School to a state title.

“Heaven got a great man, coach and mentor,” Davis tweeted. “I’m thankful for everything Coach Hahn ever did for me. I got into coaching and teaching because of him. He was more than a coach as he cared for me and every kid he ever coached off the court also. Prayers for the family.”

Current Concord athletic director Dave Preheim was a student at the school during the late 1980s.

“He was my P.E. teacher when I was in high school, so I’ve known him a long time,” Preheim said.

Given the success of the boys basketball program during Hahn’s tenure, Preheim said the coach became a familiar face beyond the walls of Concord High School.

Steve Turner is a 2002 graduate of Concord High School who now lives in the Seattle area. He commented on our Facebook page about what Hahn meant to him.

“Jim was truly a remarkable guy,” Turner wrote. “As a young kid just learning basketball at a large basketball camp, he somehow found a way to make me and other rebels feel as though we were important to him. Some of us never went on to play basketball. But the lessons he taught about character and leadership were universal and transcended athletics. Grateful to have been coached by a legend.”

Former Goshen News sports editor Stu Swartz posted a lengthy post about Hahn on Facebook. It read, in part, “Because of my sportswriting job at The Goshen News, I often visited with Jim in his coaching office at Concord. I always enjoyed chatting with Jim about basketball, our families and other topics. Thoughts and prayers go out to Jim’s family, his friends, his coaching and teaching colleagues, his former players and all of Minutemen Nation. Hoops Heaven has gained a great coach and even greater person.”

Anthony Anderson, who’s covered the local prep scene for decades, tweeted: “Feeling crushed and helpless over the death of (Concord) legend Jim Hahn. Way too soon. Way too young. He’ll remain forever in my head and heart as an uncommonly vibrant coach and vital man. Always exceptional to work with, too, as I covered his teams for The Elkhart Truth. Prayers and sympathy to Jim’s family and to the many players who I know adored him. Regarding his CHS teams of late 80s, early 90s, yes, what a wealth of talent in those [years], but also what a perfect coach for developing it & making it hum as one. Sustained, beautiful excellence.”