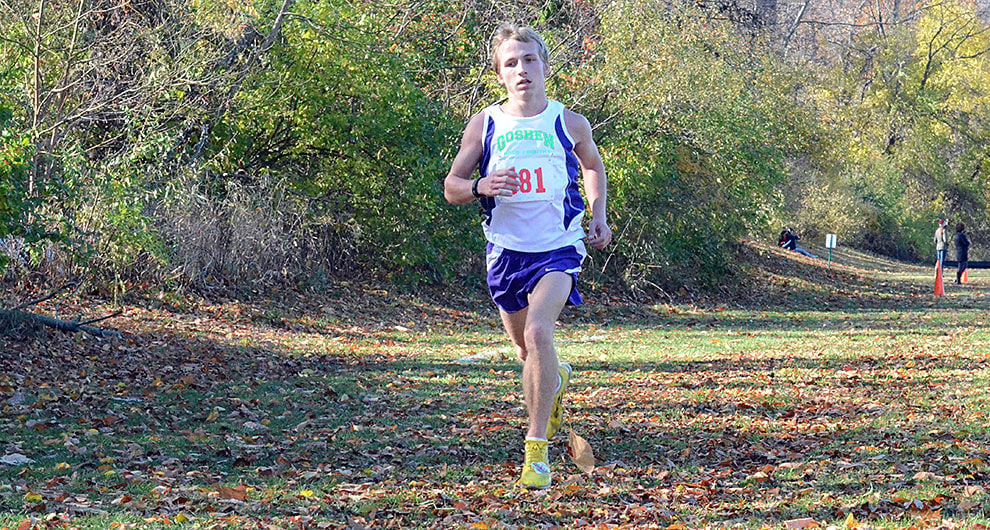 Ryan Smith, seen here competing in the 2016 Crossroads League cross country championship, set a program record in just the second race of his career. He would build off that to have the most successful career in Goshen XC history. 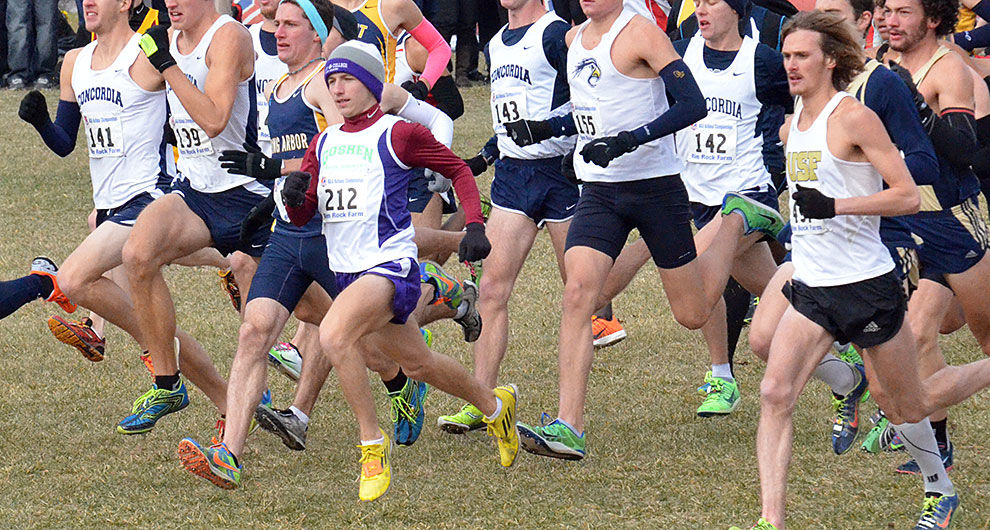 Ryan Smith, seen here competing in the 2016 Crossroads League cross country championship, set a program record in just the second race of his career. He would build off that to have the most successful career in Goshen XC history.

GOSHEN — It didn’t take long for Ryan Smith to make an impact at Goshen College.

In his first invite as a freshman on the cross country team, Smith ran the 8K race in 26 minutes. His coaches were shocked, as the time was well beyond the pace he had during his high school running days. At the next invite two weeks later, the coaches let Smith run with no restrictions.

Smith broke the 33-year-old record for the fastest 8K time in the race.

It was the start of the most dominant men’s cross country career in Goshen College history.

The program record he set as a freshman in 2013 was 25:28. That time now sits as the 13th best in program history. Of the 12 times that are ahead of Smith’s from his freshman year, nine of them belong to him.

This includes the all-time program record, which he set at the 2016 Crossroads League conference meet. He won with a time of 24:41, beating the next closest runner by 25 seconds.

“All season, I was pointing towards 24:30, so I felt a little bit short of that,” Smith said. “In order to run your absolute best, it has to be a perfect day. I think that day it was pretty good weather, but I won by 25 seconds, so I’m out there by my lonesome. It’s really hard to get the most out of yourself when you’re doing that, but I think I got pretty close.”

Two weeks later at the NAIA Men’s National Cross Country Championships, Smith was poised to have a top-10 finish when, all of a sudden, someone stepped on his shoe and it fell off. Smith had to pull over to the side of the course as hundreds of runners passed him. Smith still rallied, however, and ran his way back to a 21st-place finish, earning All-American honors.

“I didn’t actually get (the shoe) back all the way on, but I got it back on enough to keep on running,” Smith said. “The guy that I had just beat by 25 seconds two weeks before got 7th. It’s kind of one of those things where I should’ve been top five, but I still got All-American. To get that after all of that was still good.”

Things changed for Smith in between his junior and senior years of high school at Central Noble. Smith went from running 45 miles a week to 70 in the summer of 2012, and the hard work paid off. After not qualifying for the state meet in 2011, Smith finished 31st overall at the IHSAA state cross country meet in 2012.

He then continued to build on that hard work. By his senior year of college, Smith says he was running 110 miles a week.

“Running is a very mental sport,” Smith said. “Out of those 110 miles, there’s a lot of runs I’m putting in by myself all year-round when I’m not on campus and I don’t have other people to train with. I just think that was the key: a lot of consistency.”

Smith was draw to Goshen because of its closeness to his hometown of Albion. He also liked the fact it was a private, Christian school and the smaller campus lent itself to being more comfortable for him.

There was also the chance to do something no team had done in Goshen College history: qualify for the national championship. The Maple Leafs had been close under then-coach Doug Yoder, but weren’t able to get over the hump. Smith saw it as a perfect opportunity to help Goshen get to the promised land.

“I just wanted to be a part of the first team to make it to nationals,” Smith said. “That was a big motivator for me because we kept getting second at conference and we just needed to pull it together.”

Smith wouldn’t have to wait too long to accomplish that goal. In his sophomore year of 2014, the Maple Leafs qualified for the team national championship. Unfortunately for Smith, a stress reaction in his left foot prevented him from running with his teammates in the championship race. The team finished 27th out of 36 teams.

“I did not want it to turn into a stress fracture,” Smith said. “So, I got us there — kind of. All the other years, I made it as an individual. Unfortunately, I never got to run with the team at nationals.”

Smith has kept running at a high level since graduating. He qualified for the Olympic Trials back in February, running alongside Northridge teacher Andy Williams at the trials in Atlanta.

“I’ve never been that far back in a field,” Smith said. “You’re against literally the best marathoners in the entire nation. There are no stops. It was quite the experience.”

Smith married his wife, Abigail, in the summer of 2016. They have one child, Jonah, 1. Abigail also was a standout athlete at Goshen, earning multiple All-American honors in track. The young family currently lives in Maine.