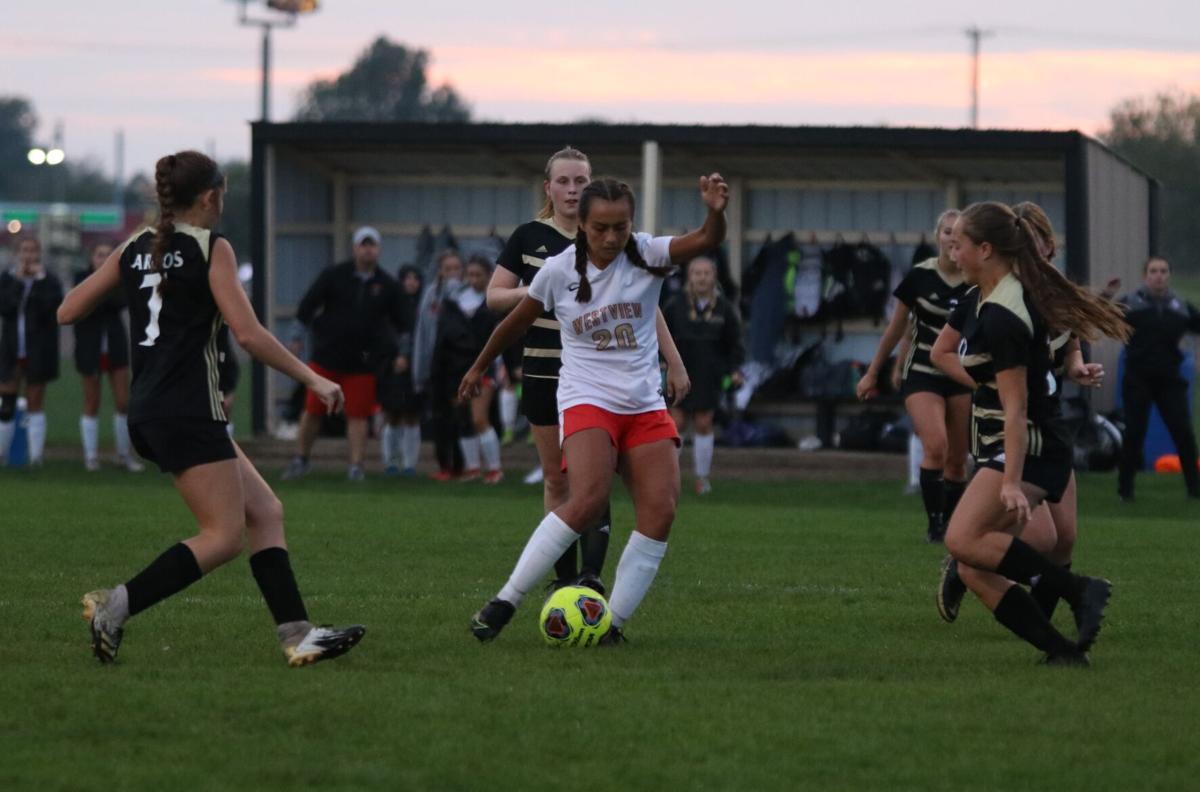 Westview freshman Brianna Munoz (20) attempts a shot while surrounded by a host of Argos defenders in the first half of a Class 1A regional semifinal girls soccer game on Oct. 13 at Argos High School in Argos. 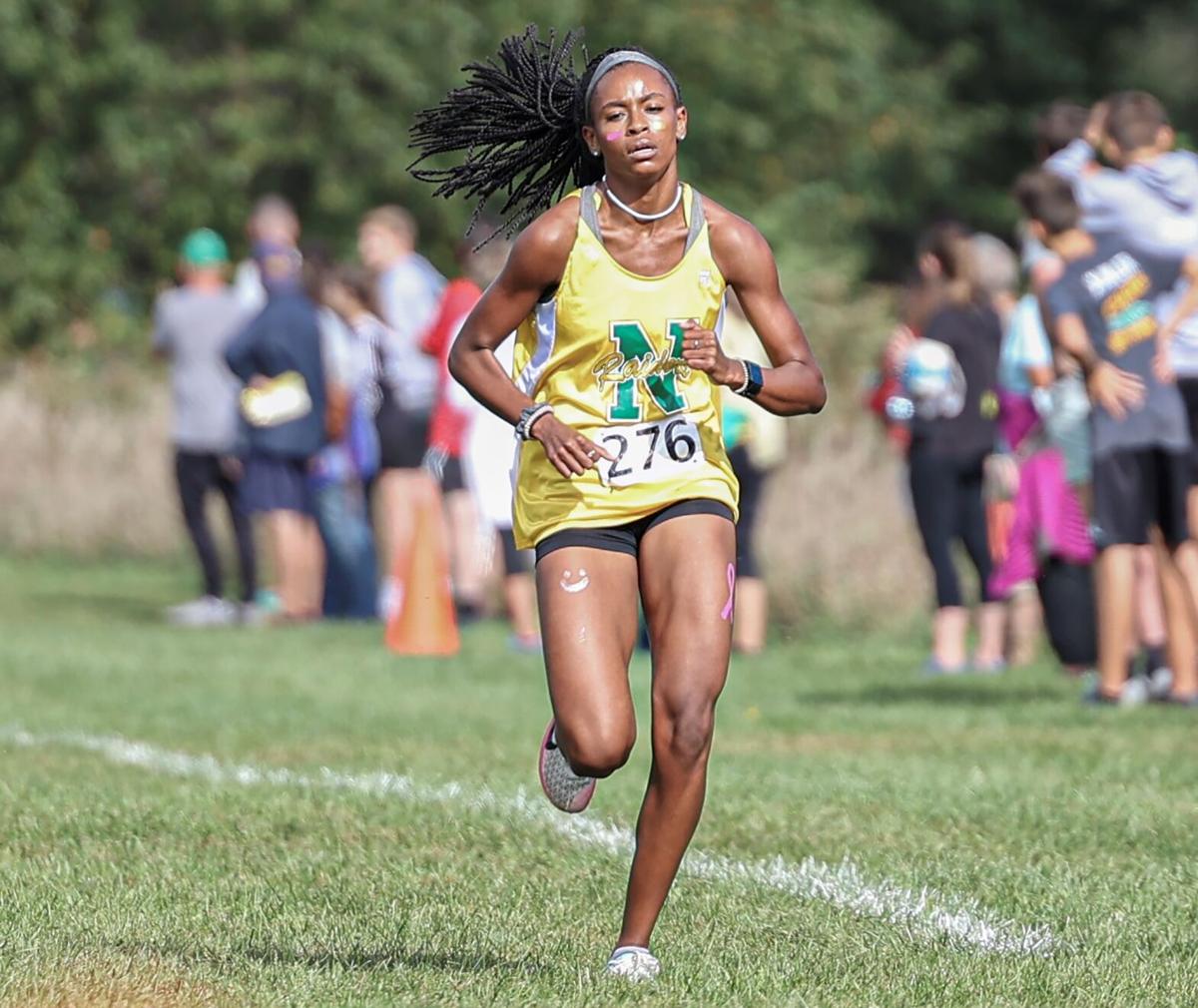 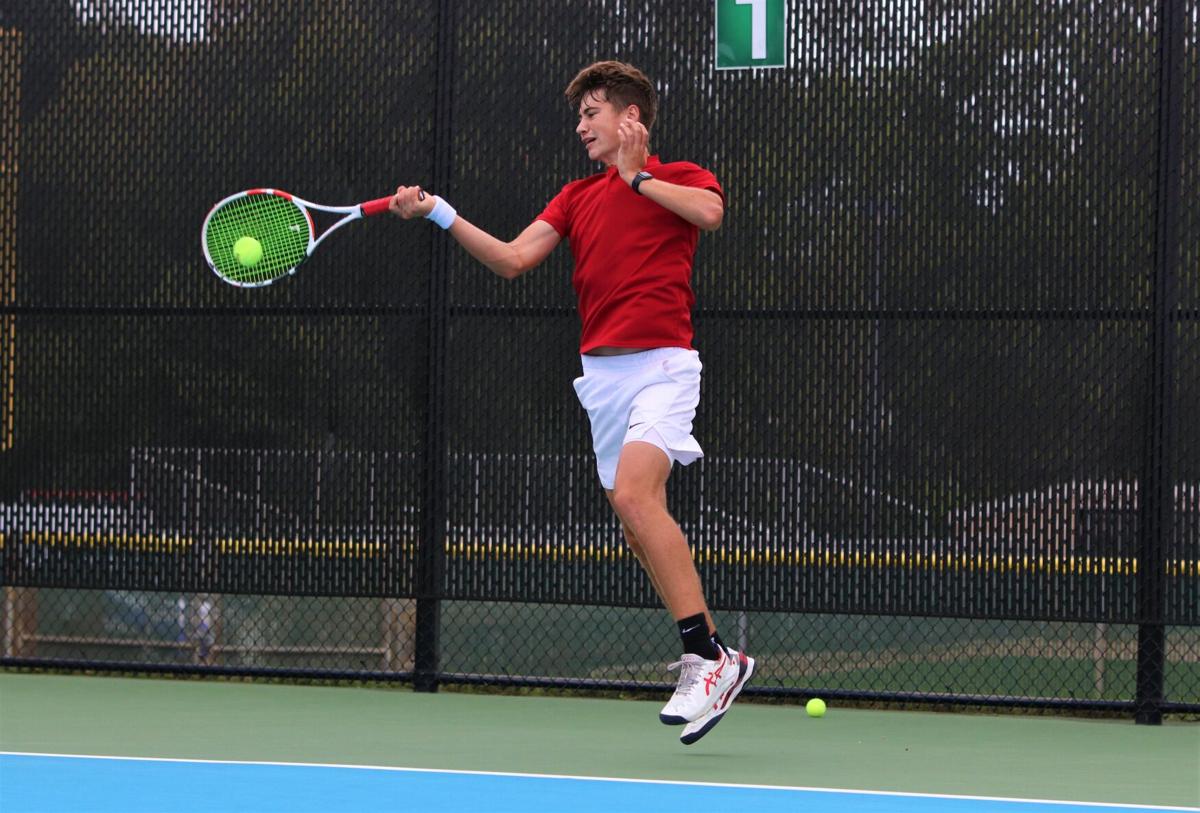 Westview junior Isaiah Hostetler hits the ball during No. 1 singles play in regional final against Goshen on Oct. 6 at Concord High School in Elkhart. 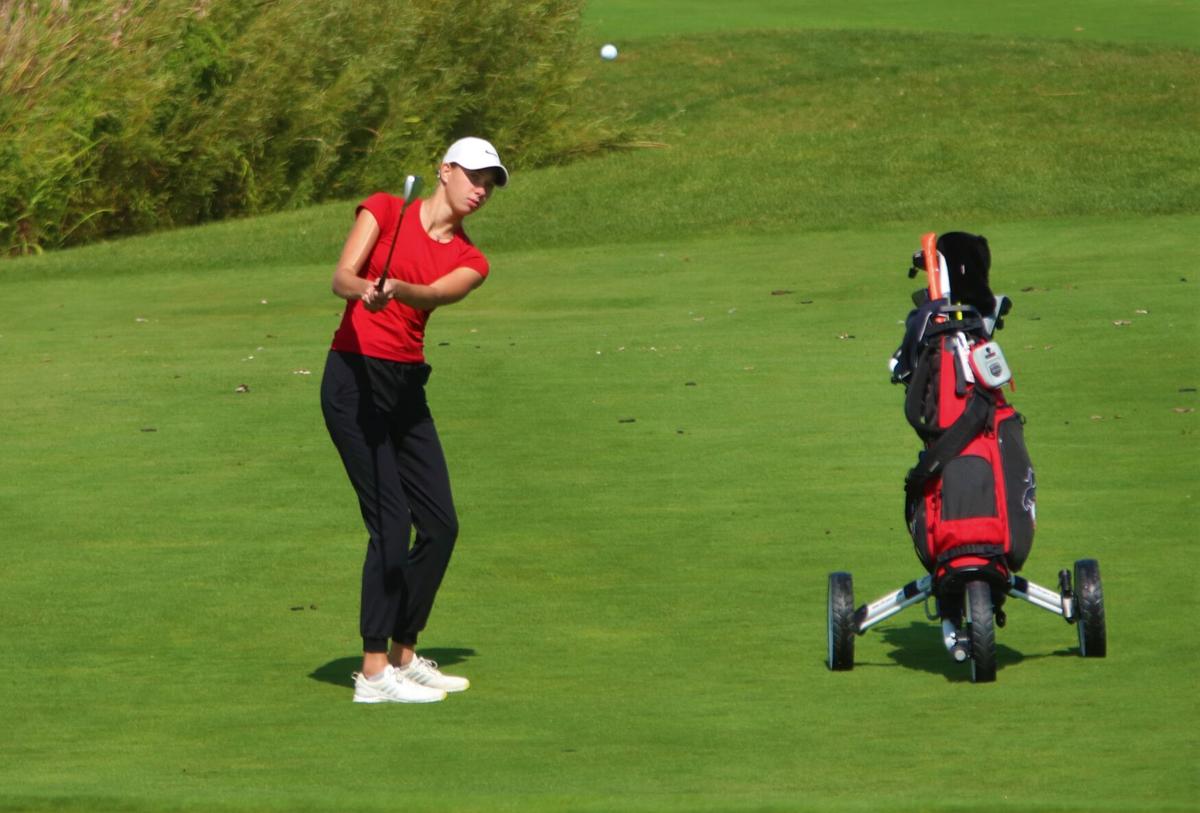 NorthWood senior Cybil Stillson chips the ball toward the green on the ninth hole during the girls golf regional on Sept. 24 at Noble Hawk Golf Links in Kendallville. 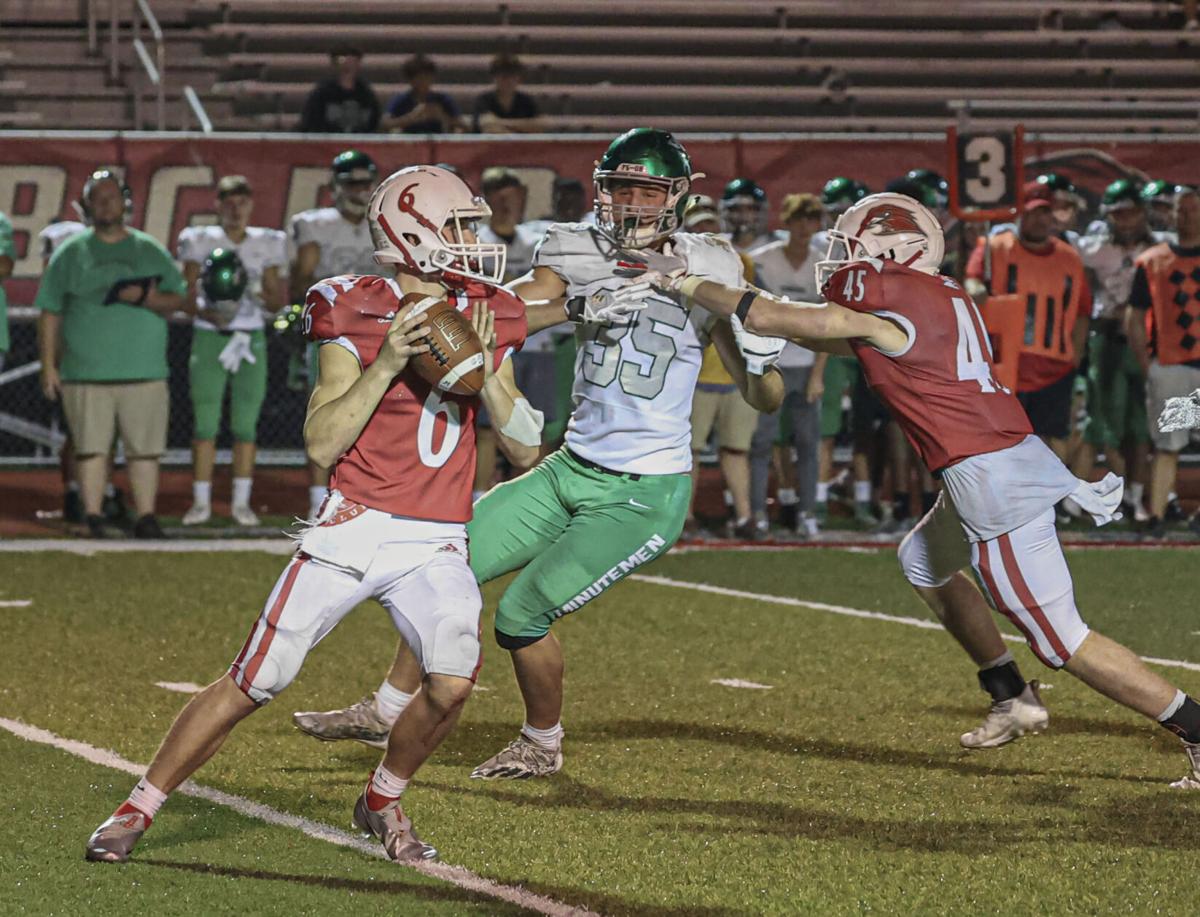 Concord senior Zaven Koltookian (35) gets around a block attempt from Goshen senior Roman Schrock (45) during a game on Sept. 17 at Goshen High School. 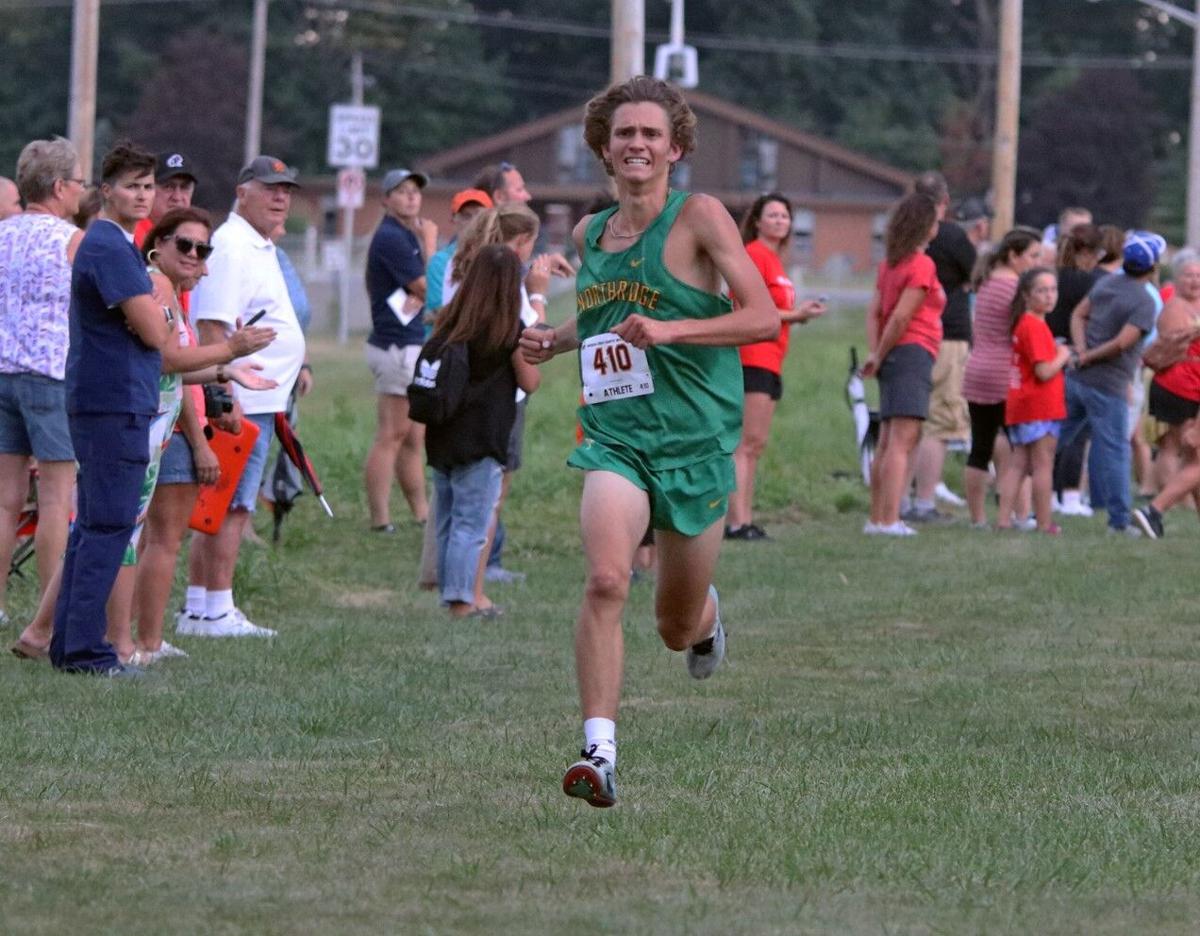 Northridge senior Jack Moore sprints to the finish line to win the second boys NLC Super Dual race on Sept. 14 at Warsaw High School. Moore's time of 15:23 was the fastest in school history. 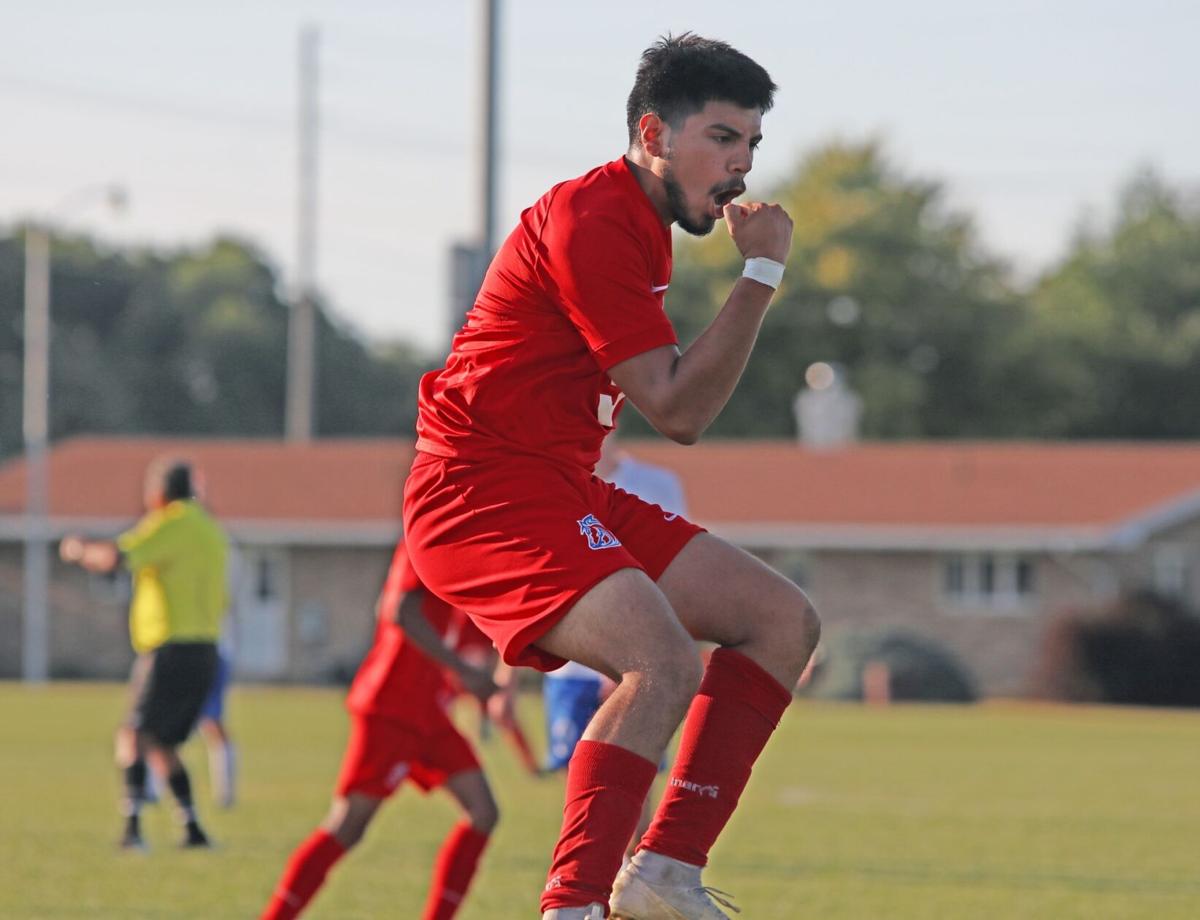 West Noble senior Henry Torres leaps into the air, celebrating his game-winning goal for the Chargers in their 2-1 win over Bethany Christian on Sept. 9 at West Noble High School in Ligonier. 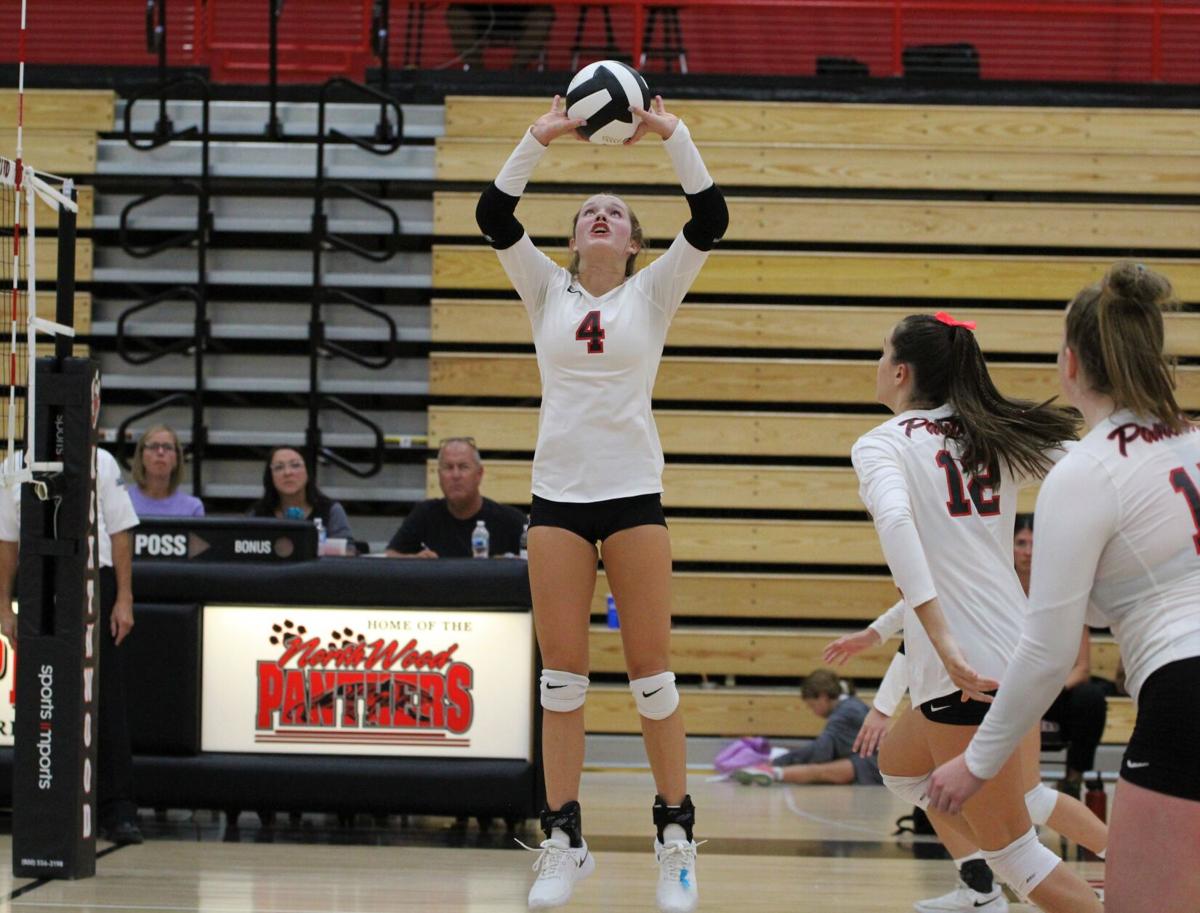 NorthWood senior Annika Bennett (4) sets the ball for her teammates during their match against Concord on Sept. 2 at NorthWood High School in Nappanee.

Earlier this fall, The Goshen News introduced its own “Athlete of the Week” award, sponsored by Play It Again Sports. Each week, the TGN sports staff would nominate 3-5 athletes based on their prior week’s performance, then let our readers vote on who they thought was most deserving of that week’s title of “Athlete of the Week.” The award has become a huge success so far, and we thank everyone who has helped grow it to this point.

With the fall sports season now officially over, though, we decided we wanted to do something different this week. Instead of a traditional “Athlete of the Week” vote, we are going to be doing something special to celebrate the fall season as a whole.

That’s why this week, we are proud to be hosting an “Athlete of the Fall” award vote. The TGN Sports staff of Austin Hough and Evan Lepak have nominated one athlete from each sport that they feel performed at the highest level in their sport across all the teams TGN covers. Given there are eight fall sports, there are eight nominees this week.

We will have an extended voting time this week for the award as well. Polls will open at 9 a.m. Monday and close at 5 p.m. Friday. Everyone can vote once per day, meaning you can vote for your favorite athlete five times during the week. We will then announce the winner on our social media pages Friday evening and present the winner with a special “Athlete of the Fall” certificate and award the following week.

Without further ado, here are our nominees for the 2021 Goshen News “Athlete of the Fall” award (listed in alphabetical order by sport).

Congratulations to all of these athletes on tremendous seasons. And remember: don’t forget to vote throughout the week on who you think should win the “Athlete of the Fall” award!