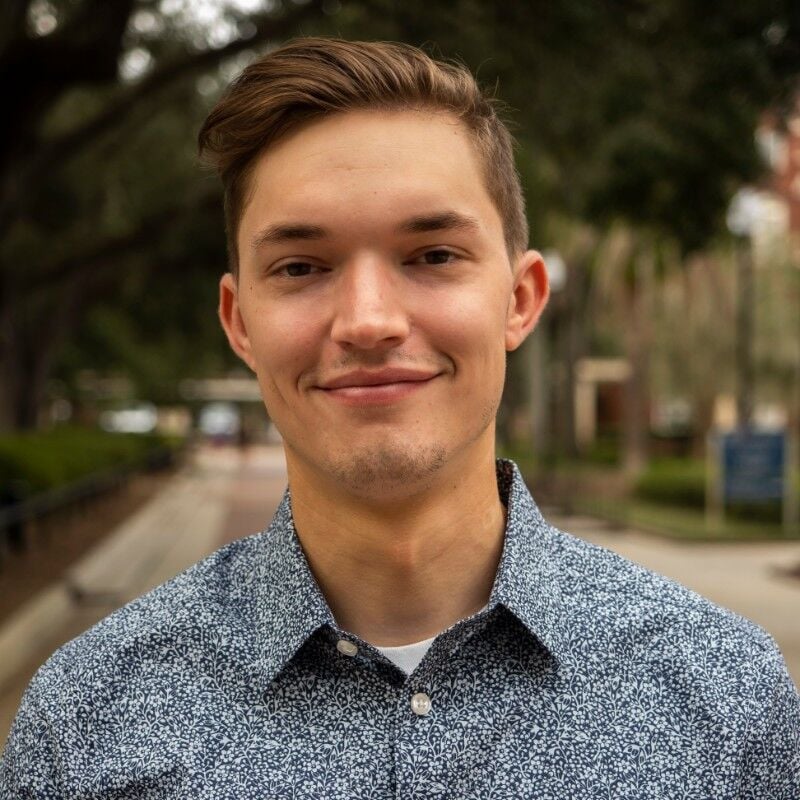 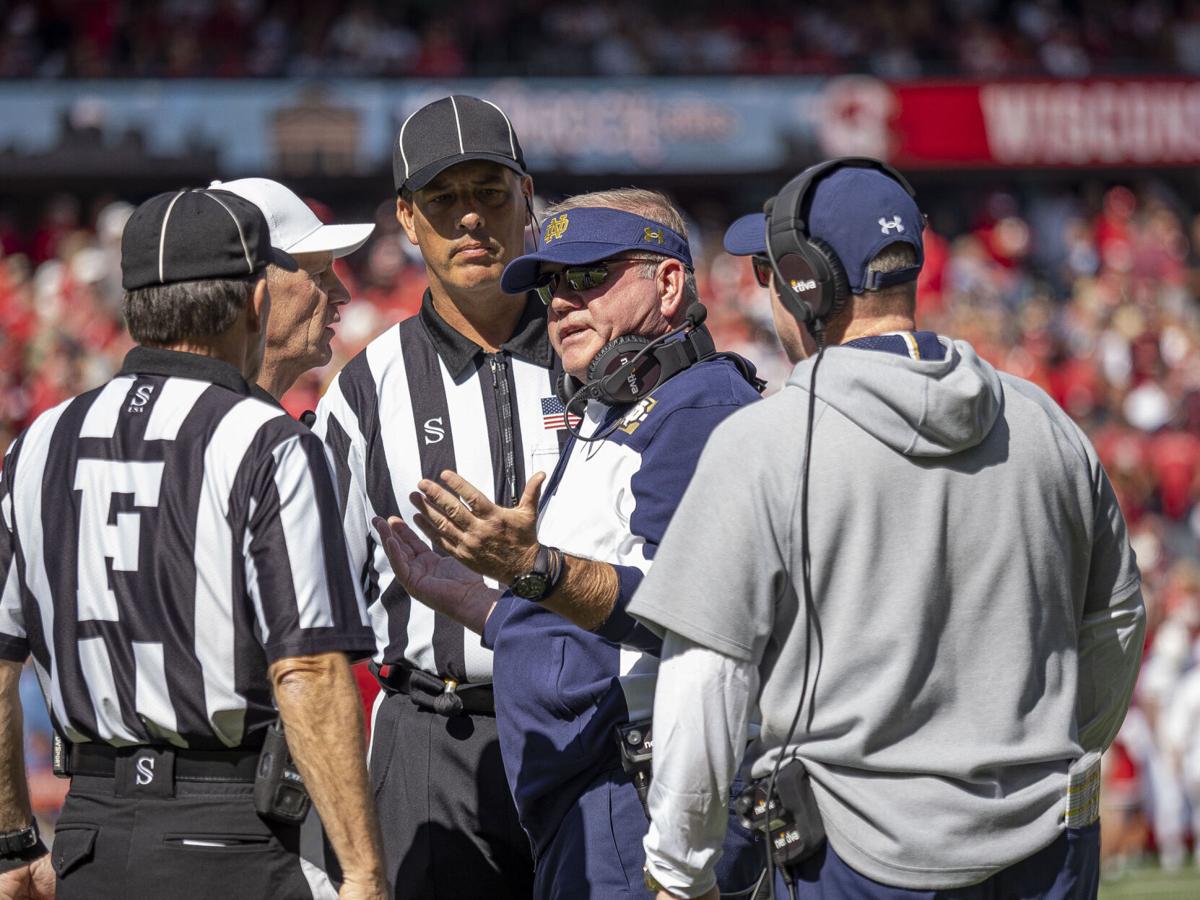 Then-Notre Dame head coach Brian Kelly speaks with officials during a game against Wisconsin on Sept. 25 at Soldier Field in Chicago. 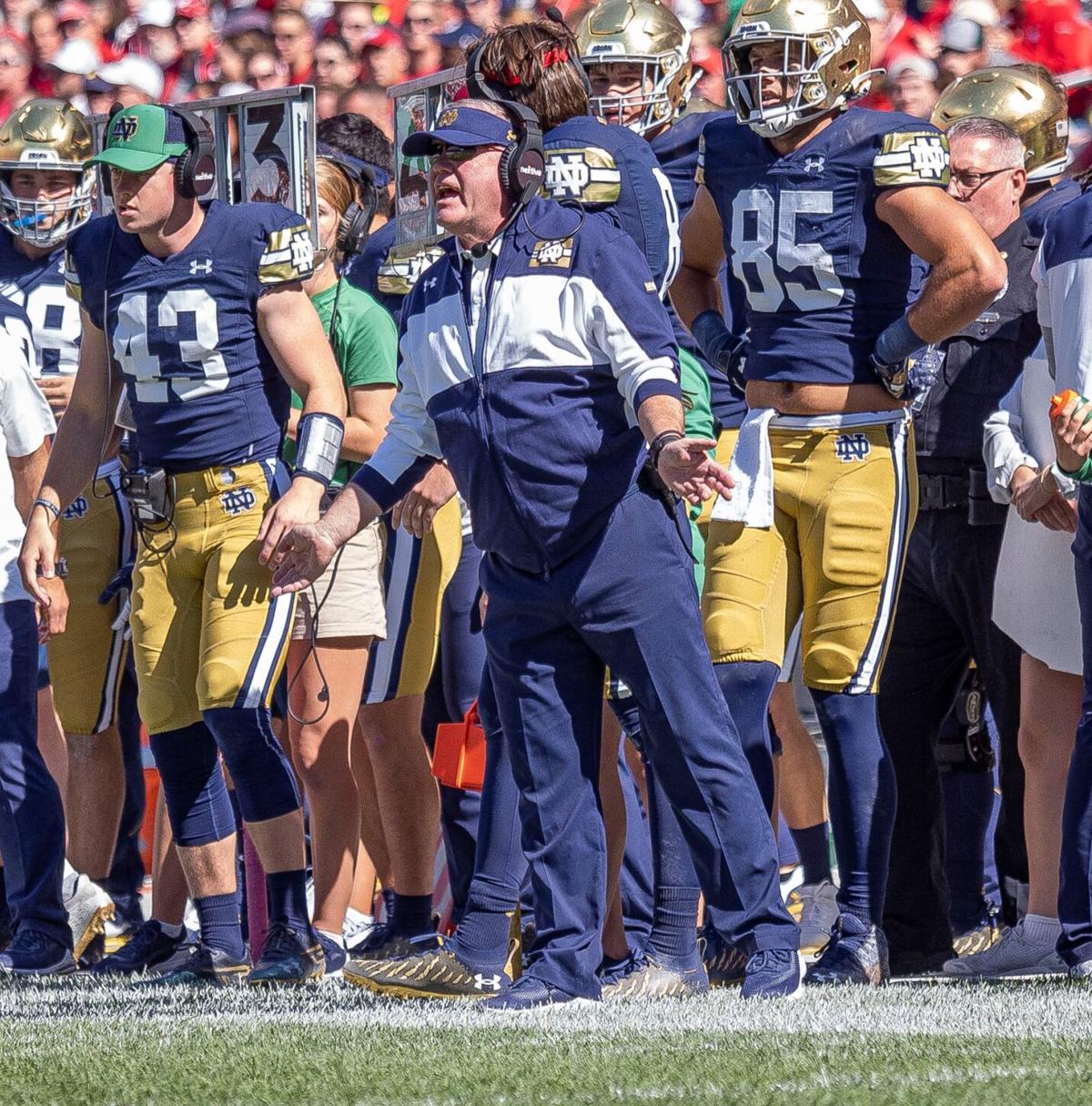 Then-Notre Dame head coach Brian Kelly reacts after a play during a game against Wisconsin on Sept. 25 at Soldier Field in Chicago.

Then-Notre Dame head coach Brian Kelly speaks with officials during a game against Wisconsin on Sept. 25 at Soldier Field in Chicago.

Then-Notre Dame head coach Brian Kelly reacts after a play during a game against Wisconsin on Sept. 25 at Soldier Field in Chicago.

Former Notre Dame head coach Brian Kelly did so much good during his time as leader of the Fighting Irish as a football coach. You can’t argue against that.

During his 12 campaigns donning the blue and gold, Kelly resurrected a broken program that had gone just 16-21 during the previous three seasons under Charlie Weis prior to Kelly’s hire in 2010.

Kelly was responsible for just one losing season while in South Bend and helped lead the Irish to five straight seasons with 10 or more victories. That five-year span included two trips to the College Football Playoff in 2018 and 2020.

Oh, and Kelly also led the Irish to the BCS Championship Game back in 2012 as well. Not to mention, he’s currently the winningest coach in Notre Dame history.

Given all of those impressive accomplishments spanning over a decade, one could suggest that Kelly did everything he could as head coach of the Fighting Irish outside of winning the program’s first national title since 1988.

Maybe he felt the resources weren’t enough to reach that type of milestone at Notre Dame. Maybe he got sick and tired of having to answer to everyone after getting embarrassed every time his team made it to a game that meant something.

I don’t necessarily blame him for wanting to leave for a place in LSU that potentially presents a better path to the promised land. Nothing compares to the Southeastern Conference, no matter what anybody believes.

The fact of the matter is, Kelly’s a winner. He’ll be given all the resources necessary to do that at an even higher level while in Baton Rouge, and personally, I think he’ll see success with the Tigers.

However, the way Kelly has gone about the process of leaving Notre Dame has been nothing short of disrespectful. As a football coach and a leader of men, you’re held to a higher standard at a university like Notre Dame. The tradition is one of the best in the country, and frankly, Kelly stomped all over it.

There have been reports of everyone within the program and university being completely blindsided by the move. Players found out through social media, while coaches walked out of houses after recruiting visits to the news.

While I understand times have changed and things get leaked because of the internet and social media all the time, Kelly definitely knew before Monday night he was taking the LSU job. Which was eye-opening, considering just seven days prior, he stood at a podium and projected his denial in the form of a lousy joke.

“No,” said Kelly when asked if he’d leave Notre Dame for another program. “I mean, look, I think (Pittsburgh Steelers head coach) Mike Tomlin had the best line, right? Unless that fairy godmother comes by with that $250 million dollar check. … My wife would want to look at it first. I’d have to run it by her.”

Well, it wasn’t $250 million, but $95 million must’ve been close enough to that magic number. So much so, Kelly failed to tell pretty much anyone of his decision and escaped South Bend like a thief in the night. A place he spent over a decade at, he didn’t have the decency to leave respectfully.

The worst part out of all of this was the way he treated his players, the ones who helped Kelly be put in a position to earn the ridiculous payday from LSU that he now has.

He sent the team a group text. A group text? Really?

“Men… Let me first apologize for the late night text and, more importantly, for not being able to share the news with you in person that I will be leaving Notre Dame,” Kelly said. “I am flying back to South Bend tonight to be able to meet with you in the morning, but the news broke late today and I am sorry you found out through social media or news reports.

“I will have more to share when we meet tomorrow at 7 a.m. but for now, just know that my love for you is limitless and I am so proud of all that you have accomplished. Our program is elite because of your hard work and commitment and I know that will continue. I will share more in the morning when we meet. Again, my sincere apologies for not being able to be the one to share the news directly with you. Coach Kelly.”

Personally, I bought this some on Monday night when it was leaked. He seemed legitimate, so I gave him the benefit of the doubt. Considering he was going to speak with his team and leave on the right terms, I respected that.

Unfortunately, Tuesday morning came, and Kelly showed how terrible he can be. At 7:11 a.m., just 11 minutes after the start of a meeting with his players – the same ones he professed his love for through text the night before – he was speeding away in a blue SUV.

Even worse, there are confirmed reports that Kelly’s meeting lasted less than two minutes, and he didn’t stick around to answer any questions.

Sure, you can make the argument that a moment like that was too hard to face for Kelly. I couldn’t even imagine, but c’mon. I understand college football is a business, but that’s low.

In my opinion, the now-former Notre Dame head coach showed his true colors with the way he handled this entire situation, and he should be ashamed.

But then again, why would he be? He made out like a bandit, and he’s now in prime position to win a national championship down the road.