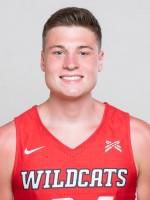 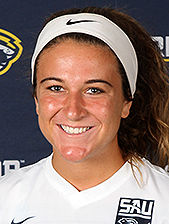 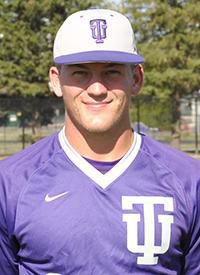 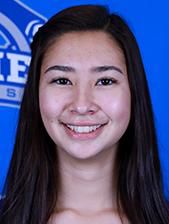 GOSHEN — Kyle Mangas has been named the winner of the 2020 Clarence “Bevo” Francis Award, as announced by the Small College Basketball and the National Awards Committee.

The honor is presented annually to the player who has had the finest overall season within Small College Basketball. Considerations are season statistics and individual achievements, awards, personal character and team achievements.

The Indiana Wesleyan junior and Warsaw High School graduate is the first Wildcat player to earn the prestigious award.

“We are so proud of Kyle for yet another prestigious accolade,” stated Indiana Wesleyan Men’s Basketball head coach Greg Tonagel on the school’s website. “Kyle is that rare competitor who balances a fearless spirit with a humble demeanor. What is amazing is that he continues to reach new heights while still elevating his teammates before himself. This is one of, if not, the most prestigious awards for small college basketball. Kyle represents a piece of the storied legacy of Bevo Francis, who still to this day, is one of the greatest basketball players to ever play the game.”

Mangas averaged 26.9 points, 6.4 rebounds and 4.2 assists per game this season as Indiana Wesleyan finished with a 29-4 record.

“I want to thank my family, coaches and teammates for helping me grow on and off the court this year,” said Mangas on the IWU website. “I am extremely grateful for their dedication and accountability. Small College Basketball is an incredible organization with great tradition that provides coverage to and supports college basketball teams across America. It is a tremendous honor to be named the Bevo Francis award winner for 2020.”

The award was created in 2015. Francis played two seasons (1952-54) at Rio Grande College (now the University of Rio Grande). In his first season, he led the team to a 39-0 record averaging 50.1 points per game, highlighted by a 116-point performance against Ashland College in Kentucky. The 116 points was not the official record because Ashland was not a four-year institution.

In 1954, he tossed in 113 points against Hillsdale College. That was the record until 2012 when Jack Taylor netted 138 points for Grinnell College in a 179-104 victory over Faith Baptist Bible.

The award is based on who has contributed the most to the team during the season, taking into account things like Christian character, sportsmanship, dedication and contribution to the team. This person excels academically and exhibits a lifestyle characterized by their Christian testimony, and has a willingness to understand, to learn, to enter into a partnership with coaches and teammates in an effort to recognize one’s full potential.

Stoltzfus made an immediate impact on the backline for the women’s soccer team. As a freshman, she started all 20 matches. The Cougar defense held opposing teams to 16 goals in 2019 while posting nine shutouts.

•Senior Andrew Kennedy (Northridge) was among a group of three Taylor University Trojans to receive College Sports Information Directors of America Academic All-District II recognition. It was the third time in the last four years Taylor has had the most honorees. Kennedy accumulated a 3.93 grade-point average in exercise science.

•Morgan Kast (Elkhart Memorial) has signed with the Bethel Pilots. She was an academic all-state selection and maintained a 4.0 grade-point average for her high school career.

•Junior Carlie Johnson (Concord) was one of five Bethel University Pilots named to the Wolverine-Hoosier Athletic Conference all-academic and champions of character list.