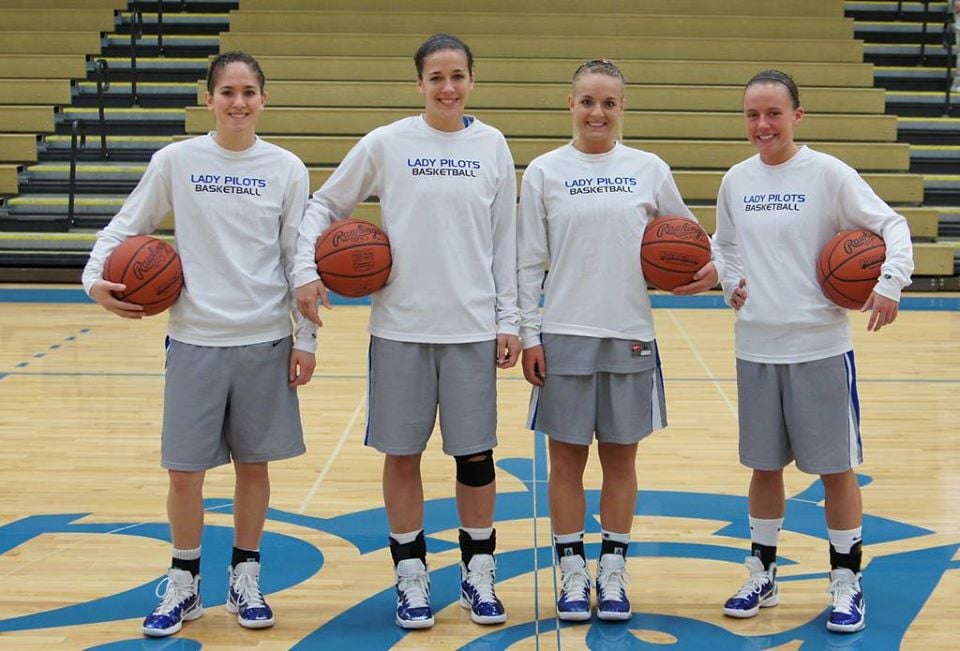 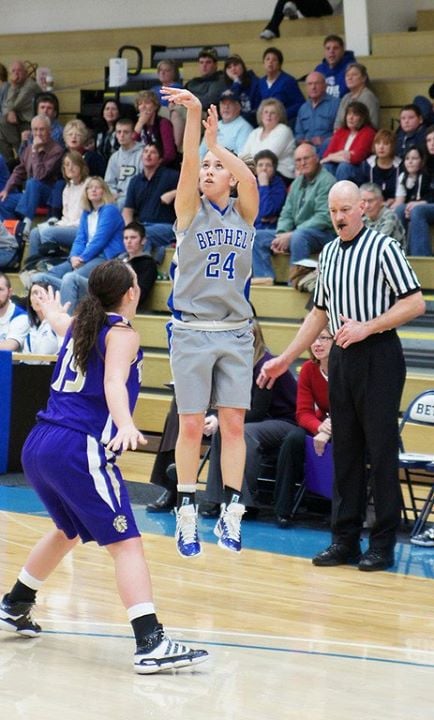 Mandy (Yoder) Stump puts up a jump shot during her playing days for the Bethel University Pilots. The NorthWood High School graduate was a member of the 2020 Bethel Athletic Hall of Fame class. 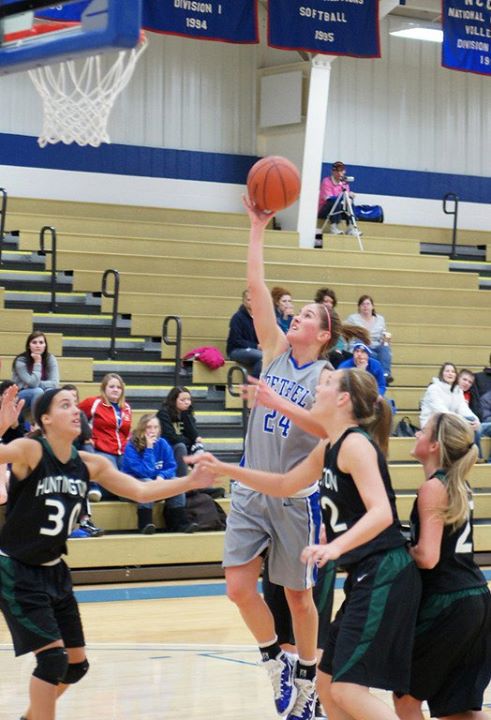 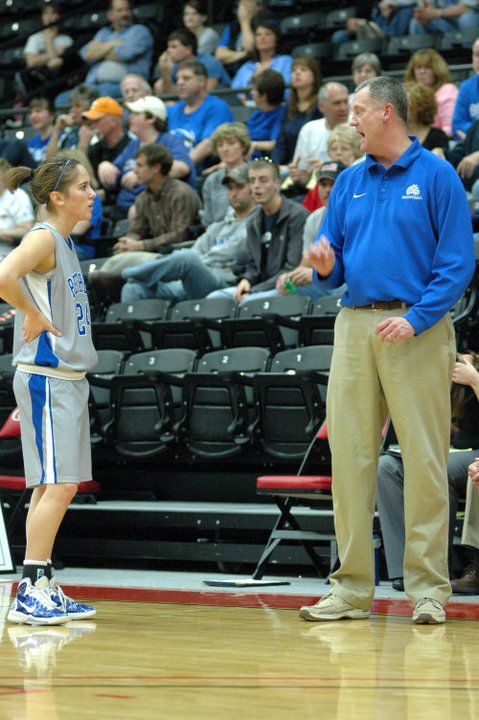 Mandy (Yoder) Stump puts up a jump shot during her playing days for the Bethel University Pilots. The NorthWood High School graduate was a member of the 2020 Bethel Athletic Hall of Fame class.

MISHAWAKA — One lesson Mandy (Yoder) Stump has learned during her life is that great things happen when you are where God wants you to be.

That point became even clearer to Stump when she was inducted into the Bethel University Athletic Hall of Fame last weekend as part of the 2020 Class.

“It’s quite an honor,” Stump said of her enshrinement. “I was caught off guard when the phone call came. I had never really thought about it.”

Stump’s coach at Bethel, Jody Martinez, introduced her at the HOF banquet.

“Mandy hurt my feelings one time,” the coach said. “That was when I was recruiting her out of NorthWood. Her final choice was between Bethel and an NCAA school (Ferris State). She chose Ferris because we didn’t offer the field of study she wanted.

“I told her the same thing I tell every recruit that doesn’t sign with me. I’m never mean, I always wish them the best. I told Mandy that if she went to Ferris for one year and didn’t like it, my door was always open.”

After the first year at Ferris, where Stump played a total of 137 minutes over 22 games, Martinez received the call that Yoder wanted to play for the Pilots.

“It took me that year playing at Ferris State to know I didn’t just play for the love of the game,” Stump shared.

“I was excited since we were coming off a conference championship the previous season and had lost our entire starting five and the sixth man to graduation,” Martinez said. “In addition to Mandy, we had two other NCAA players — one from Indiana State and one from Grand Valley State — joining the program, so I was pretty excited about the upcoming season.”

“We had Mandy as the shooting guard and Heather (Seyfred) as the point guard,” the coach said. “I played at Bethel for Homer Drew and Mike Lightfoot and one thing I learned from them is that a coach takes the credit for the win and looks for someone else to blame after a loss.

Good coaches realize when a change needs to be made, just like Stump concluded after one year at Ferris State that Bethel was the better fit for her.

“Despite two months of practice, I went up to Mandy the next day and told her you are not a shooting guard and I’m moving you to the point and Heather to shooting guard,” Martinez said.

The change worked as the Pilots went on to win the Mid-Central Conference (now Crossroads League) title with a 12-3 record. Bethel finished with a 22-9 overall record, advancing all the way to the second round of the NAIA National Tournament before being sidelined by Morningside College in a 71-57 contest.

“Mandy was one of the best female one-handed passers I have ever coached,” Martinez said. “Mandy had an amazing three years at Bethel — she always gave her best effort on and off the court. She didn’t talk much as a leader but she let her effort do the speaking and gaining her respect as a leader. She never said a lot, so I called her the ‘Silent Killer.’”

In just three years as a Pilot, Stump put up some very impressive numbers. She tossed in 1,512 points (eighth-most in program history), dished out 462 assists (fourth-most) and made 284 steals (second-most). She is only one of two players with at least 1,500 points. 400 assists and 200 steals.

“Mandy’s numbers are incredible for three years. The only other player in our history to have similar took four years to get her totals,” Martinez said.

Stump was quick to defer some of the credit to her teammates.

“I could not have done what I did without my teammates,” she said.

Stump shared she had a lot of good memories from her time at Bethel, from road trips made with the team and other times the team spent time together. She even recalled an unusual practice one day with coach Martinez.

“Coach was always willing to help student-athletes by scheduling practices so they could attend classes they needed to graduate,” Stump said. “One year we had two seniors that needed to take evening classes in order to graduate, so he moved practice to 5 to 7 a.m. One day early on in practice he didn’t like the way things were going. He stopped practice and told us we were going to run for the rest of practice.

“He got so frustrated he ended up moving practice from 10 p.m. to midnight. That was the only time in my career I can remember practicing that late at night.”

Stump recalls the friendships she made at Bethel as much as she does the games or the awards she earned.

“I made so many friends in basketball, relationships that have lasted far beyond my playing days,” she said.

Stump played four years of basketball at NorthWood for Indiana Hall of Fame coach Steve Neff, scoring a total of 1,234 points as the Black Swish posted a 76-22 record in her four seasons.

Mandy is married to Trent Stump, who played football at NorthWood before graduating in 2000. The couple has a daughter Paige, 2, and a son Blake, seven months.

“Now that I am a parent I can look back and see all the support my family gave me during my playing career,” she said. “As a coach, I have seen players with all kinds of potential but lack family support. I would not be where I am today without the support of my family. I’m thankful to God for the talent he gave me and for the family he gave me.”