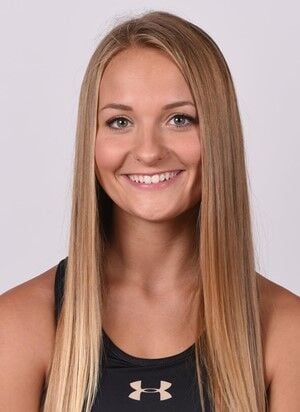 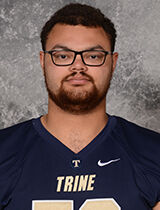 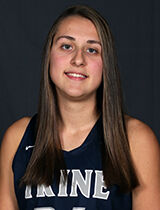 The Elkhart native is a 2014 Elkhart Central High School graduate.

“I am very excited to have Daitriona join our coaching staff,” said interim Athletic Director and women’s basketball coach Tom Robbins in a school press release. “She was a tremendous leader as a player and one of the biggest reasons for our success when I was at Ancilla College. She is young, dynamic, and full of enthusiasm. She will bring a lot to the table and has the kind of attitude we want to establish among our players.”

She played two years of basketball for the Ancilla College Chargers.

Bonds netted 119 points as a senior at Central for a 5-17 Blue Blazer team coached by Will Coatie. She tossed in 416 points in her Central career.

•Purdue Fort Wayne junior Ally Bailey (Elkhart Memorial) was one of 48 Mastodons named to the 2019-20 Commissioner’s List of Academic Excellence for the Summit League.

In order for a student-athlete to be selected, the student-athlete must carry a 3.50 or better cumulative GPA, used a year of eligibility and previously completed one academic year.

The Summit League also recognized Team Academic Achievement Awards. The women’s track and field team along with the baseball and women’s cross country teams were honored.

•Josh Staley (Concord) is a 2005 Taylor graduate who was inducted into the school’s Hall of Fame in 2015. During his football career for the Trojans, he set single-season records with 14 sacks and 24 tackles for loss and career marks of 39 sacks and 24 tackles for loss. Staley was a first-team NAIA All-American in 2003 and a Gates-Howard Award winner in 2004. He was named to the MFCA All-Conference team each of his four years and was the NAIA National Player of the Week. Staley started 39 out of a possible 40 games for the Trojans.

•Yen Tran (Wawasee) is a 1998 Taylor graduate and was enshrined in the school’s Hall of Fame in 2007. She was a four-year letterwinner in women’s basketball for the Trojans and was an honorable mention All-American in 1998. At the time of her induction she was the program’s fifth all-time leading scorer with 1,756 points and the program leader in career assists (543) and career steals (369).

•A total of 11 area athletes were among the 263 honorees from Trine on the Michigan Intercollegiate Athletic Conference Academic Honor Roll for the 2019-20 school year. A grand total of 1,789 student-athletes represented the nine member institutions.

To be eligible, student-athletes had to maintain a 3.4 grade point average or higher.

•Joel Bickel (Wawasee) was an inductee into the Trine Hall of Fame in 2017. He graduated from Trine in 2008. In 2005, Bickel carded a 65 for the men’s golf team, which is the lowest score in MIAA history. He went on to break the record for the conference’s lowest cumulative single season average at 71.2. Bickel was named the MIAA Medalist of the Year in his junior year. He is the only golfer in Trine’s history to achieve this honor and the only player to garner three first team all-conference selections in 2004, 2005, and 2006. He holds the record for the lowest career stroke average at 73.3 and the record for most scores under par with 11. He topped his career at Trine with a selection to the All-Region team his senior year.