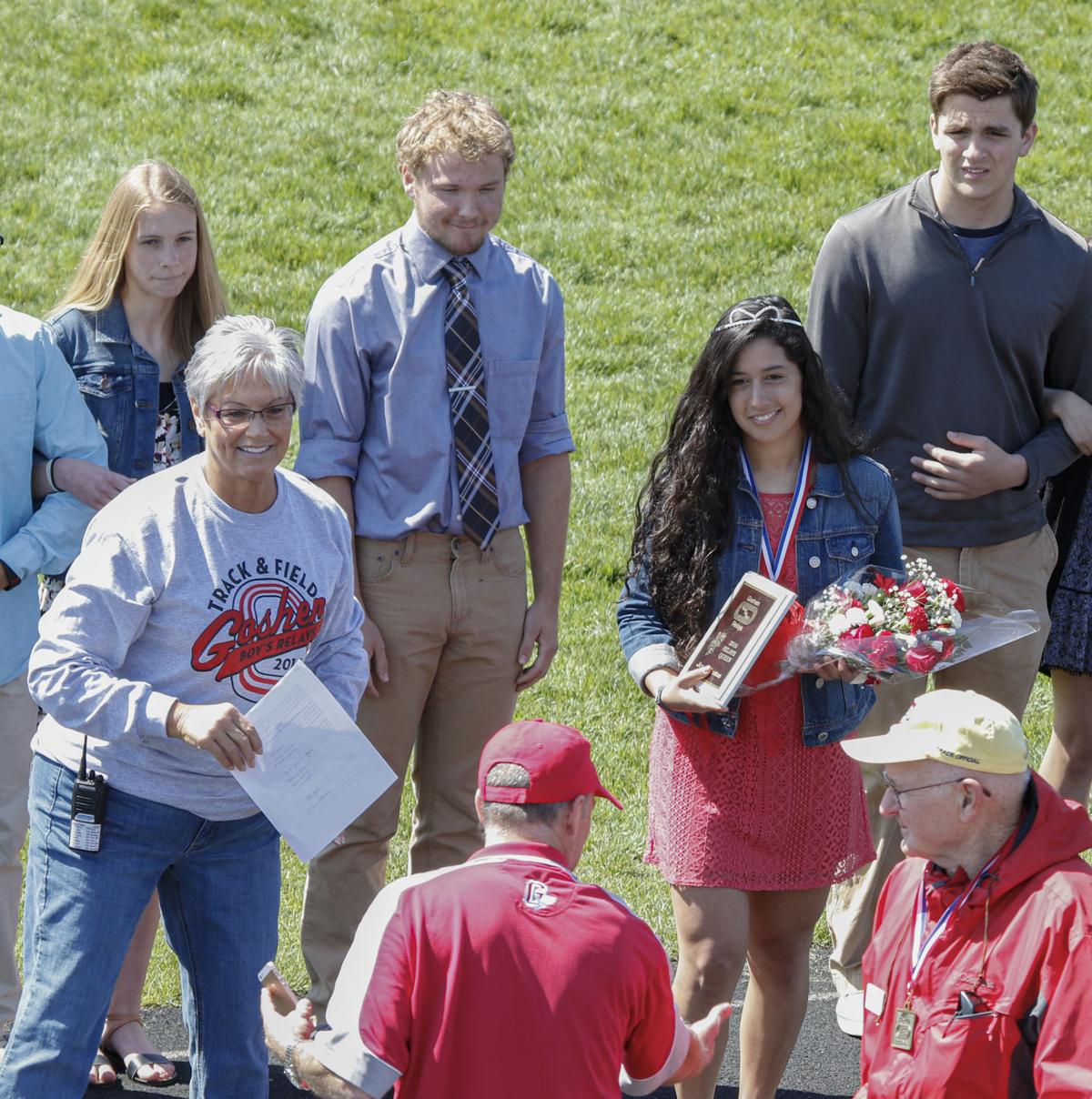 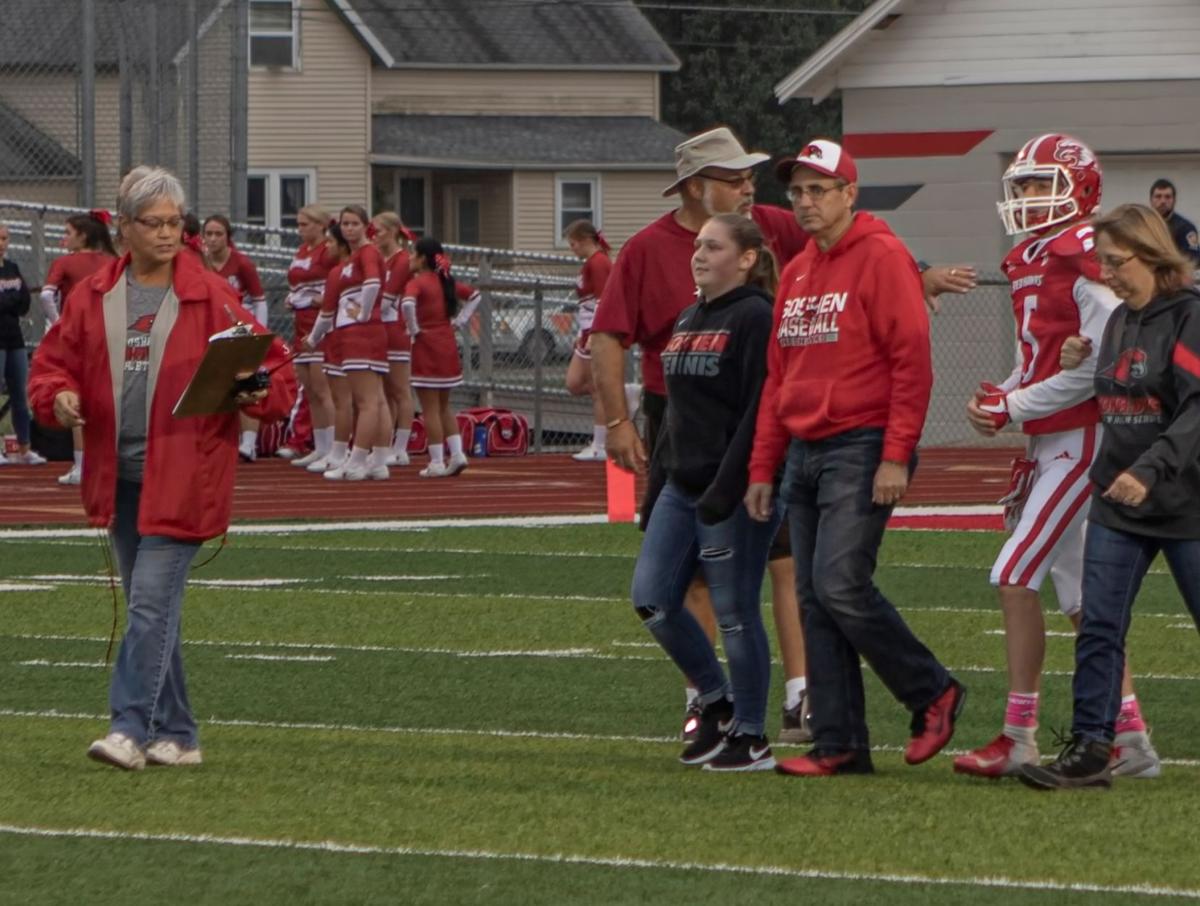 GOSHEN — Jan Schrock likes to have a lot of sayings and phrases written on her whiteboard in her office. One of them stays in the middle of the board forever, though: “God’s power is constant, regardless of what we face.”

The phrase has helped students who have visited her office at Goshen High School.

“I had one kid just look at that and say, ‘You know, that is really true,’” Schrock said. “He was actually one I ended up taking to a counselor. He came in here, he read that and I thought, ‘Man, I’m going to put those up there because if it just helps one person, that’s worth it.’”

Schrock has worked in some capacity at GHS for nearly 30 years. The last 15, however, have been spent as the secretary for the athletic department. She helps keep things running smoothly for all sporting events at the school.

“The time just keeps going faster and faster,” Schrock said. “I have noticed, ever since my first graduate in 1998, I just thought his senior year went so fast. And from then on, it has been going very fast. The time just flies; even right now, with me being working from home and my husband was home for a while, I just thought, ‘Man, it is Thursday already and it just felt like we had Sunday.’ The time just flies — I just think it’s because we’re getting older.”

Having spent so long at Goshen High School, Schrock has built up a Rolodex of contacts. This helps with getting people to help out at various sporting events.

“One of Jan’s strengths is the number of connections she has in the community and what a great job she does of greeting people,” Goshen Athletic Director Larry Kissinger said. “When we need help with athletic events, she has formed relationships that make it possible to get lots of support, whether it be volunteers or paid workers.”

Schrock grew up on a farm in Emma and graduated from Westview High School in 1975. She married her husband, Dale, shortly thereafter and started working. The couple had three children, all of whom played athletics at Goshen in the late 1990s and early 2000s.

As important to Schrock as building relationships within the community, though, are the ones built with the student-athletes.

GOING ABOVE AND BEYOND

Schrock’s love for the kids is most apparent in all the work she does at sporting events. She also attends games she’s not working, too, showing her dedication to the school.

“It’s not a requirement for the athletic secretary to attend after-school activities; she could be a 9-5 worker and be gone,” Kissinger said. “But she loves the kids and gets involved with the events. She spends a lot of time after school doing ticket taking and supervision. And even when that job is done, she never leaves. The ticket takers can leave at halftime; she stays until the end of the game because she wants to see how the kids are doing.”

It’s been a good 15 years for Schrock as the athletic secretary. It’s a job that has come naturally to her, given her athletic background and sons playing sports when they were in high school.

“I like everything I do,” Schrock said. “Of course, the (Goshen) Relays are a fun one that takes a lot of time and a lot of work, but I enjoy it. I enjoy my job; I like to come to work.”