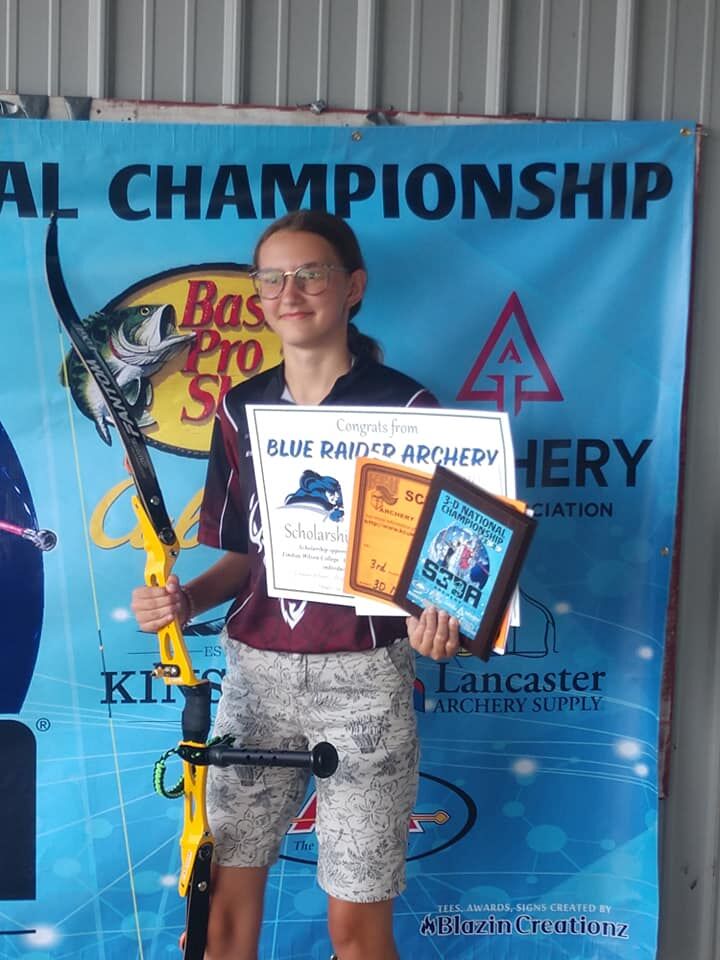 West Noble High School junior Emily Clouse placed third in the recurve barebow event at the Scholastic 3-D Archery National Championships this past weekend in London, Kentucky. Clouse has only been practicing this type of archery for eight months. 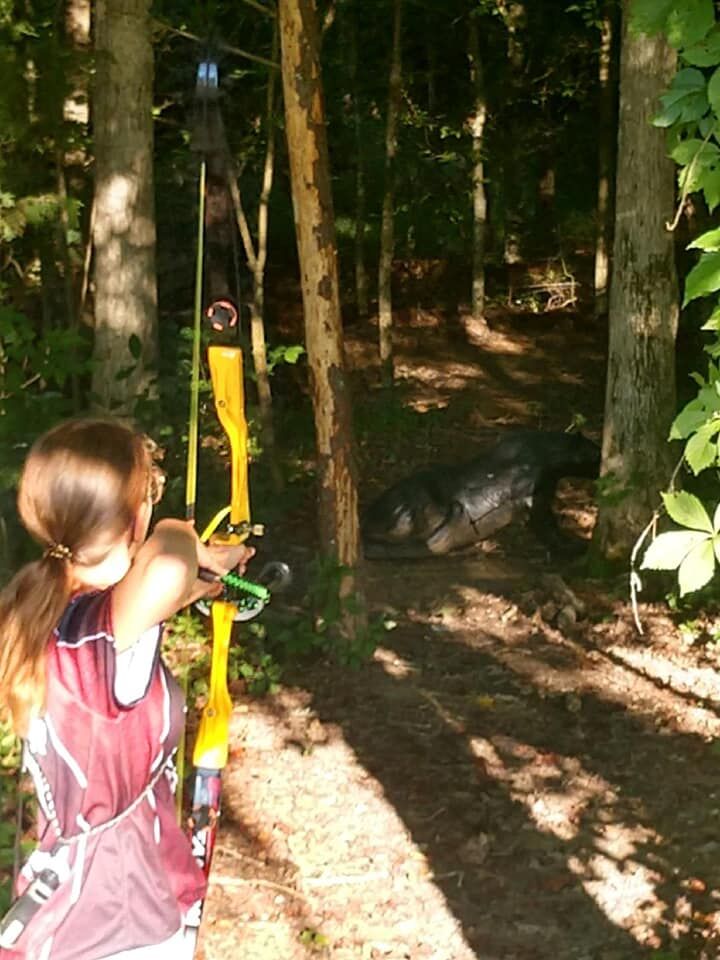 West Noble High School junior Emily Clouse placed third in the recurve barebow event at the Scholastic 3-D Archery National Championships this past weekend in London, Kentucky. Clouse has only been practicing this type of archery for eight months.

LONDON, Ky. — Emily Clouse has only been shooting archery at a national level for eight months, but that hasn’t stopped her from achieving some notable success in the sport.

The West Noble junior placed third in the recurve barebow event at the Scholastic 3-D Archery National Championships this past weekend in London, Kentucky. Clouse competed against 11 other high school females from around the country in the event.

“A little because it was my first time and I was going against people who’ve been shooting for several years,” said Clouse on if she was surprised in her third-place finish. “I was a little nervous, but not too bad because I practice a lot.”

Recurve barebow is one of the hardest events to do in archery, as Clouse explained.

“You don’t use any sights and you have no assistance,” Clouse said. “It’s a traditional bow that you have to use. You use your fingers; you don’t use a release or anything. There’s nothing on the bow.”

Clouse shot at 20 different targets each day across the two-day event. Points are scored by how close you get the arrow to a certain circle on the target. You can score 12, 10, eight or five points per shot, depending on where your shot lands.

Clouse started getting involved in archery at a young age through the Noble County 4-H program. She could choose archery as a project through the organization, and she thought it would be fun.

She kept on shooting through 4-H until last year, when one of her coaches recommended she start shooting for a club team in Fort Wayne called Hillside Archery. Making the transition from 4-H to the club team was fairly easy, which Clouse credits for helping her pickup recurve barebow skills quickly.

“Before I did this, for 4-H, I shot a Genesis bow, which is kind of similar. It was just easy for me and it’s a sport I can just concentrate on and don’t have to depend on others.”

In order to qualify for nationals, Clouse had to advance through a regional qualifier in Jay County and the state qualifier in Danville.

Emily’s mother, Sandy, was a little surprised by her daughter’s performance at nationals.

“It was exciting,” Sandy said. “With her only shooting for seven months — and she was going against girls in this competition who’ve been shooting for years — we weren’t anticipating to place. So, it was amazing to get her to place.”

There was also another benefit from Emily’s strong performance at nationals: college scholarship offers.

“She started this seven months ago to get college scholarships, and she was offered seven different scholarships while we were there,” Sandy said. “For a mom, that’s possibly getting college money, that was a big deal.”

Emily says she practices an hour a day, mostly in her backyard. Along with her club team in Fort Wayne, she has a coach in Churubusco who she works with. After a successful outdoor season, Emily will now start preparing for the indoor archery season. She says the indoor season is different because all shooting contests are from 20 yards out, where outdoor ones range from 5-20 yards.

Along with archery, Emily is involved in the West Noble theater program.