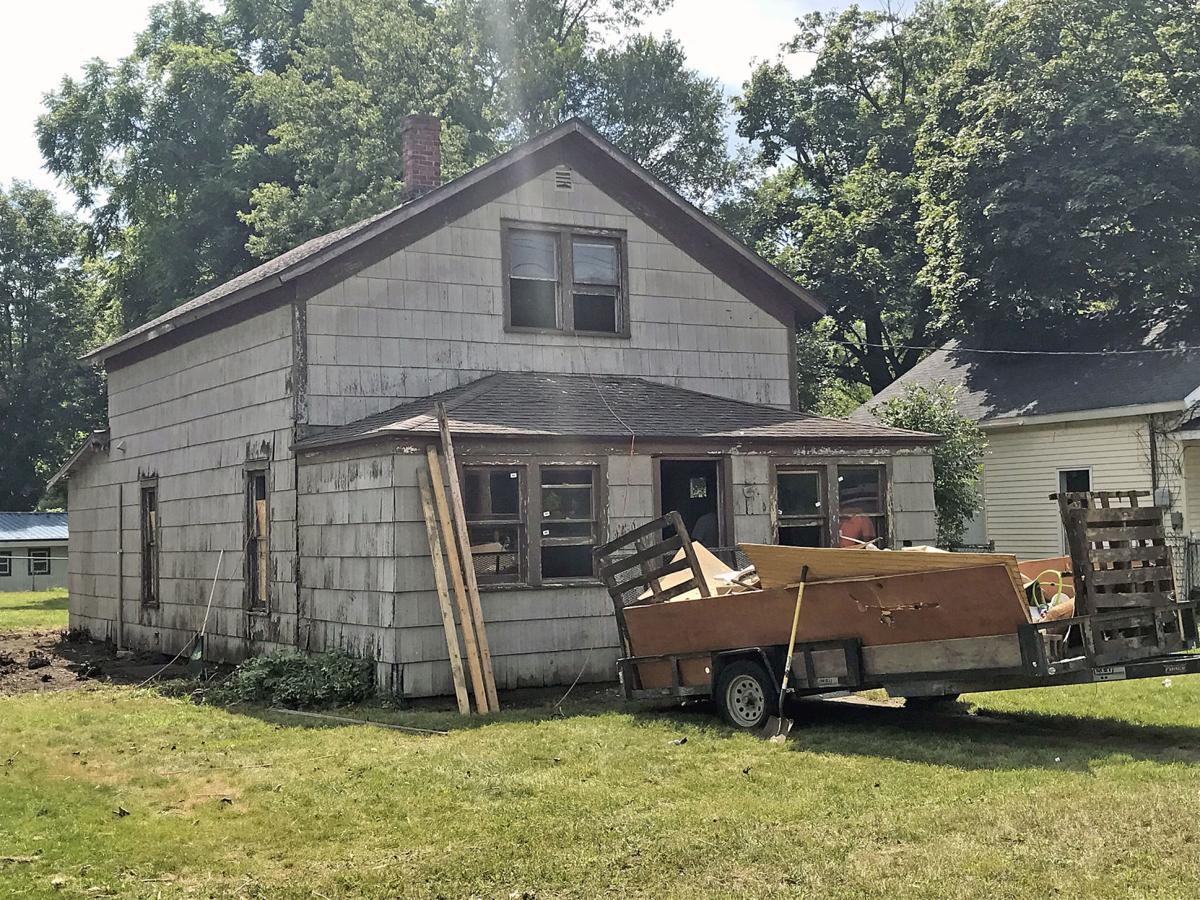 This vacant home at 414 River Ave., Goshen, was deemed unsafe for human habitation and ordered to be demolished during a meeting of the Goshen Board of Public Works and Safety Monday afternoon. 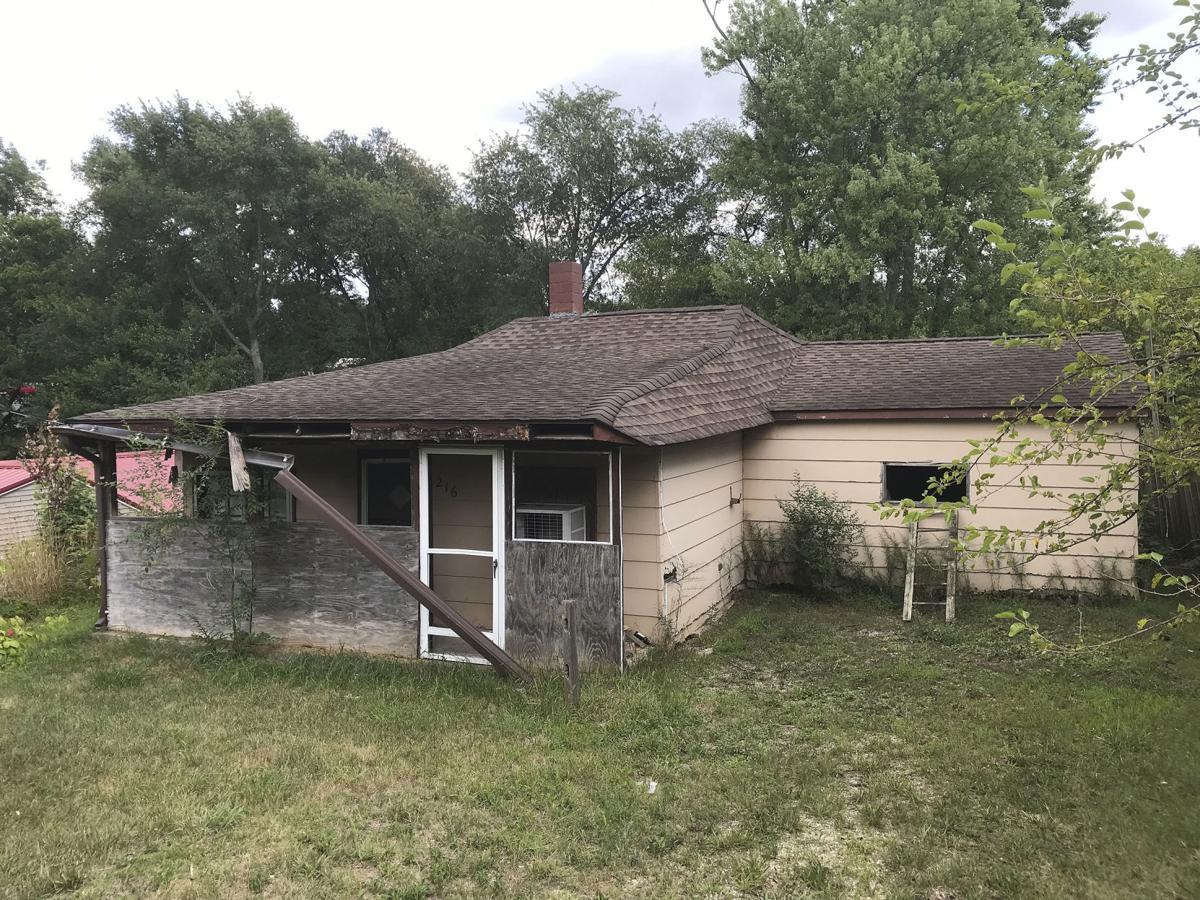 This vacant home at 216 S. 27th St., Goshen, was deemed unsafe for human habitation and ordered to be demolished during a meeting of the Goshen Board of Public Works and Safety Monday afternoon.

This vacant home at 414 River Ave., Goshen, was deemed unsafe for human habitation and ordered to be demolished during a meeting of the Goshen Board of Public Works and Safety Monday afternoon.

This vacant home at 216 S. 27th St., Goshen, was deemed unsafe for human habitation and ordered to be demolished during a meeting of the Goshen Board of Public Works and Safety Monday afternoon.

GOSHEN — Two vacant Goshen houses were found unsafe for human habitation and ordered to be demolished during a meeting of the Goshen Board of Public Works and Safety Monday afternoon.

Monday’s hearings involved houses at 414 River Ave. and 216 S. 27th St., both of which are owned by local landlord Ronald Davidhizar.

Both homes had actually been deemed unsafe and targeted for demolition during the board’s June 17 meeting, though board members at the time ultimately decided to give Davidhizar 60 days to either demolish the homes himself or come up with a solid plan for bringing them up to code in a timely fashion.

But according to Travis Eash, a code enforcement officer with the city, very little work on the River Avenue property had been completed as of Monday’s meeting, and virtually no work had been done on the 27th Street property.

Speaking specifically to the River Avenue property, Eash noted that nine of the property’s 10 safety violations originally outlined during the board’s June 17 meeting remained unfixed as of Monday’s hearing, and no plan for bringing the home up to code had been provided.

“From the last time this came to the board, he was given 60 days to either demolish or to come up with a plan. He really did neither,” Eash said. “He just started working ... like he has done several times before.”

A sampling of the many safety violations referenced by Eash at the River Avenue home included: electrical wires that have been removed or cut off, creating a fire hazard; light fixtures that are loose and hanging, creating a fire hazard; foundation walls that are caving in, causing a reasonable risk of collapse; lack of an operating furnace; pealing paint and damaged ceilings in all rooms; and nearly all windows either broken or missing.

The only safety violation listed as having been fixed by Monday’s meeting was the securing of the property’s rear back door.

Speaking to the board Monday, Davidhizar indicated he had begun working to repair the River Avenue home over the past week, and as such wished to request a continuation of several weeks in order to allow more time to bring the home into substantial compliance with the city’s Neighborhood Preservation Ordinance.

That request did not sit well with the three-member board.

“I’m very hesitant to do that,” Goshen Mayor Jeremy Stutsman, who also serves as a member of the board, said of Davidhizar’s request for more time. “I listened to the recording of our (June 17) meeting before I came to the meeting here, and we were very specific in our motion that we were offering that it be demolished within 60 days unless he brought us back a plan that we approved before the 60-day mark. That 60-day mark is come and gone.”

Stutsman also expressed exacerbation with what he considered Davidhizar’s tendency to wait until the very last minute to begin repairs on his properties that are set for review by the board, with the express purpose of earning additional work time for said properties.

“It seems like the city is always having to push to get a property that is absolutely run down fixed up, and it’s always at the last minute that you start working on them. More time is given, and then the couple I’ve been part of, and a couple I know about before that, when the time limit was up, there was more time asked for because you were so close, but not done,” Stutsman said of the issue. “I just think at some point we’ve got to find a better way to work together, and I don’t know what that is, other than we gave you 60 days, asked for a plan, that hasn’t been completed, hasn’t been done, and stick with our original order. I do not feel comfortable doing anything other than following through with what we started 60 days ago. I think the neighbors and the neighborhood deserve better.”

Matthew Lind, a resident whose home at 407 N. First St. is located just south of Davidhizar’s River Avenue property, expressed a similar sentiment in advocating that a time extension for the property be denied.

“I guess my only reminder, and you’ve basically said it yourself, is that you had out there that there was a vote you made that within 60 days Mr. Davidhizar would have presented a plan to you guys stating what he was going to do, and the steps he was going to take. And I think all of us here understand that that has not been done,” Lind told the board. “The consequences were out there for him as to what would happen if that was not there, if that hadn’t been given. I agree with the idea that at some point ... we get some backbone and start acting so that people understand that when you say something, it’s something you mean. I just think that, as far as I’m concerned, it’s time for the city to stand up and say ‘Enough is enough.’”

In the end, the board’s members agreed, and motions were put forward and approved to acknowledge that, one, the River Avenue home remains unsafe for human habitation, and two, that it be demolished either by city workers or through the use of an outside agency.

Also, board members were informed by Eash that no work on Davidhizar’s South 27th Street property had been completed as of Monday’s meeting, and demolition of the property was recommended.

A sampling of safety violations previously identified at the home included: electrical wires that have been removed from the ceiling and basement walls, creating a fire hazard; light fixtures that are hanging loose or that have been removed entirely, creating a fire hazard; multiple doors of the house that are unsecured; rotted wooden lap siding; and numerous broken windows and doors.

As with the home at 414 River Ave., board members voted to acknowledge that the South 27th Street home remains unsafe for human habitation and approved a demolition order for the property.