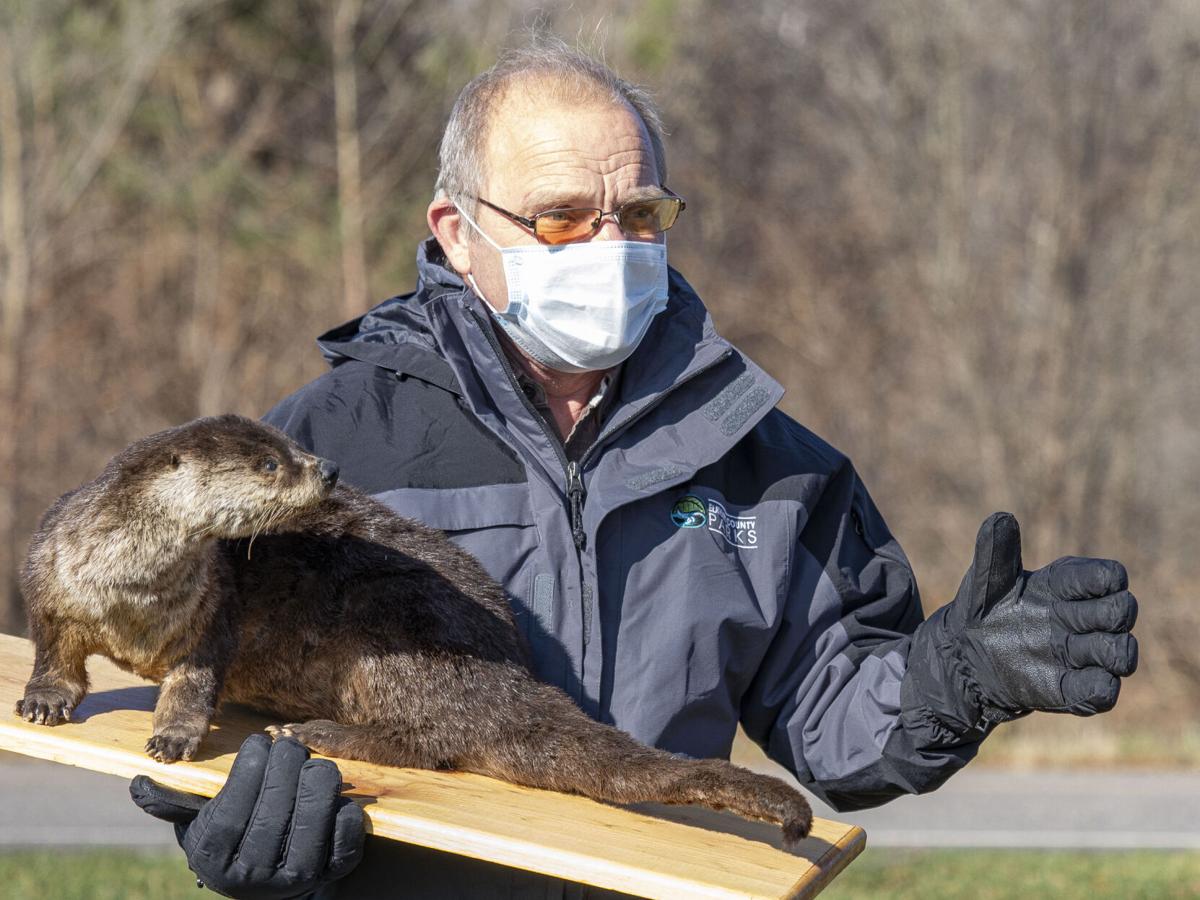 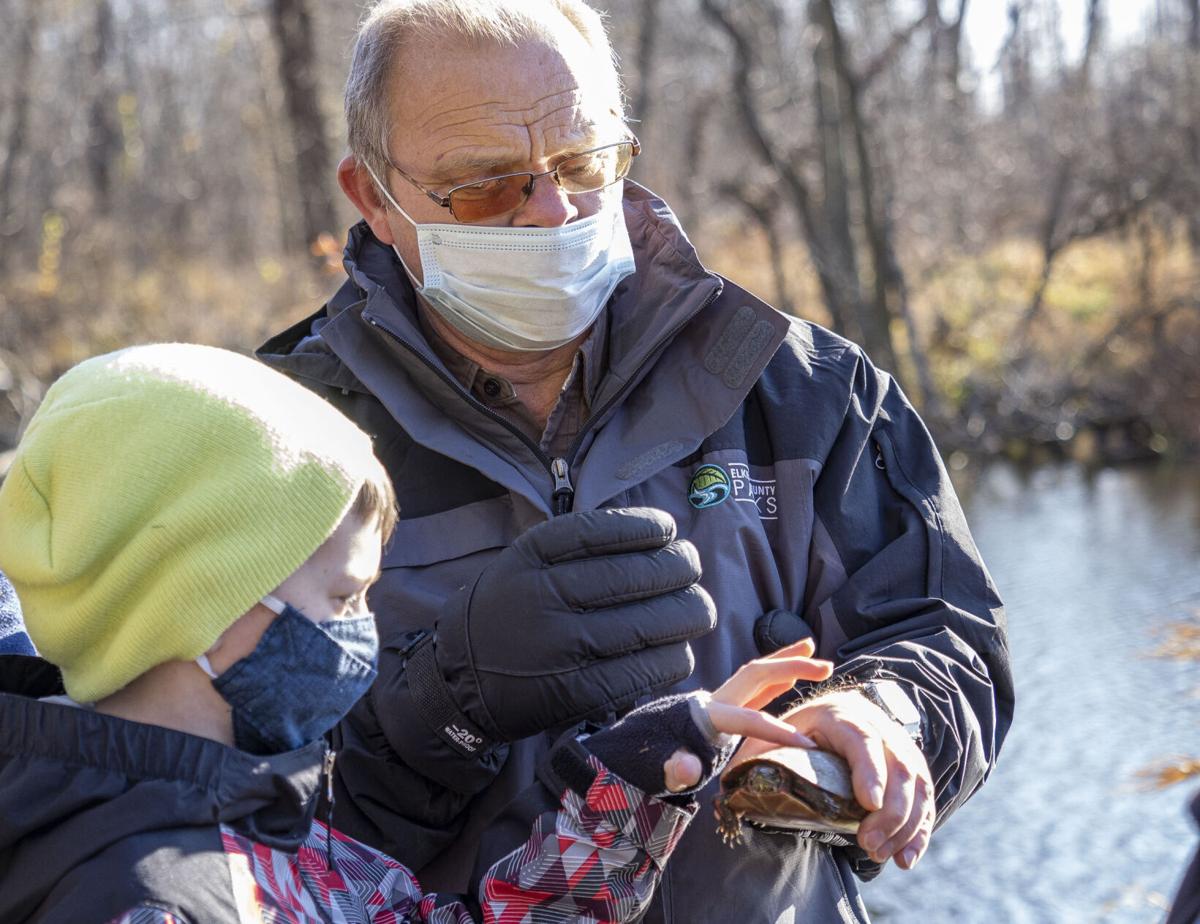 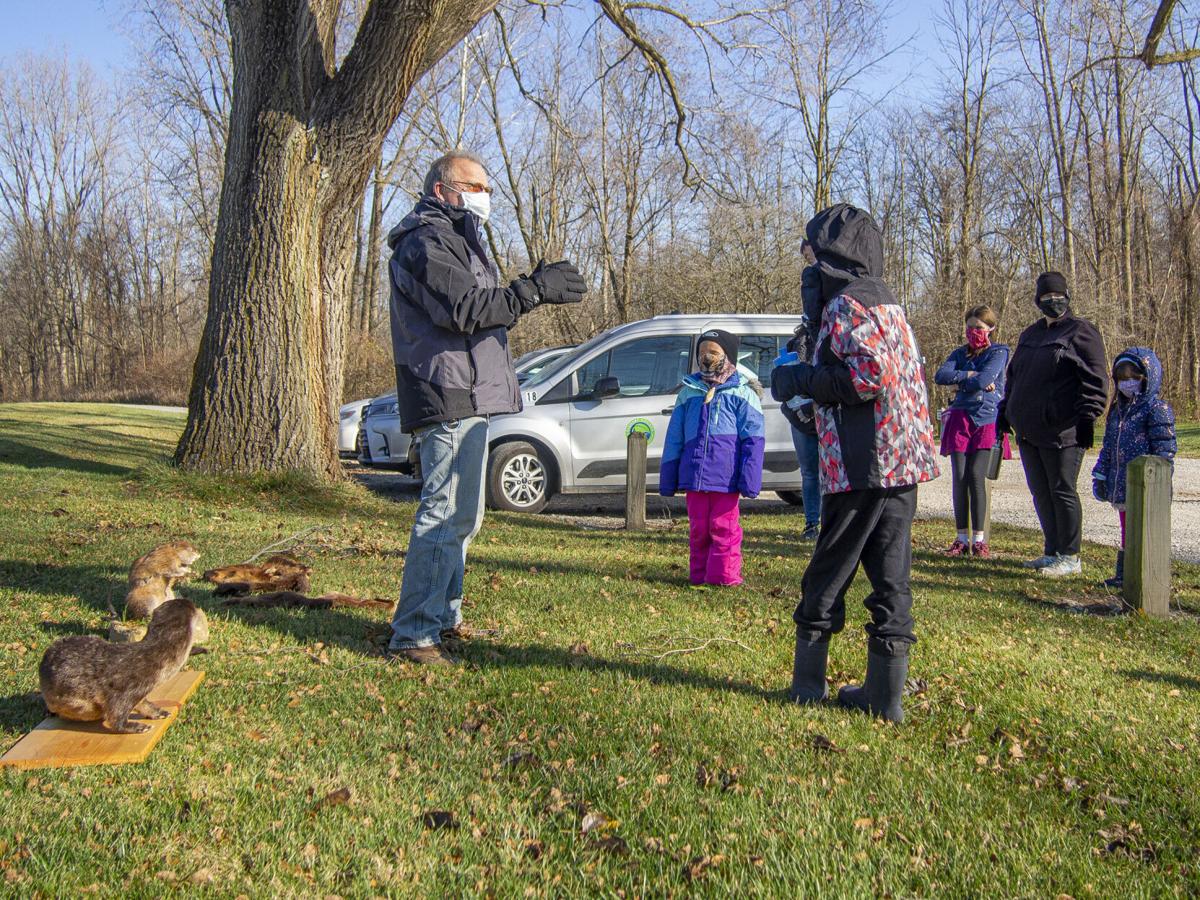 Langdon, left, speaks to participants Monday during the event. 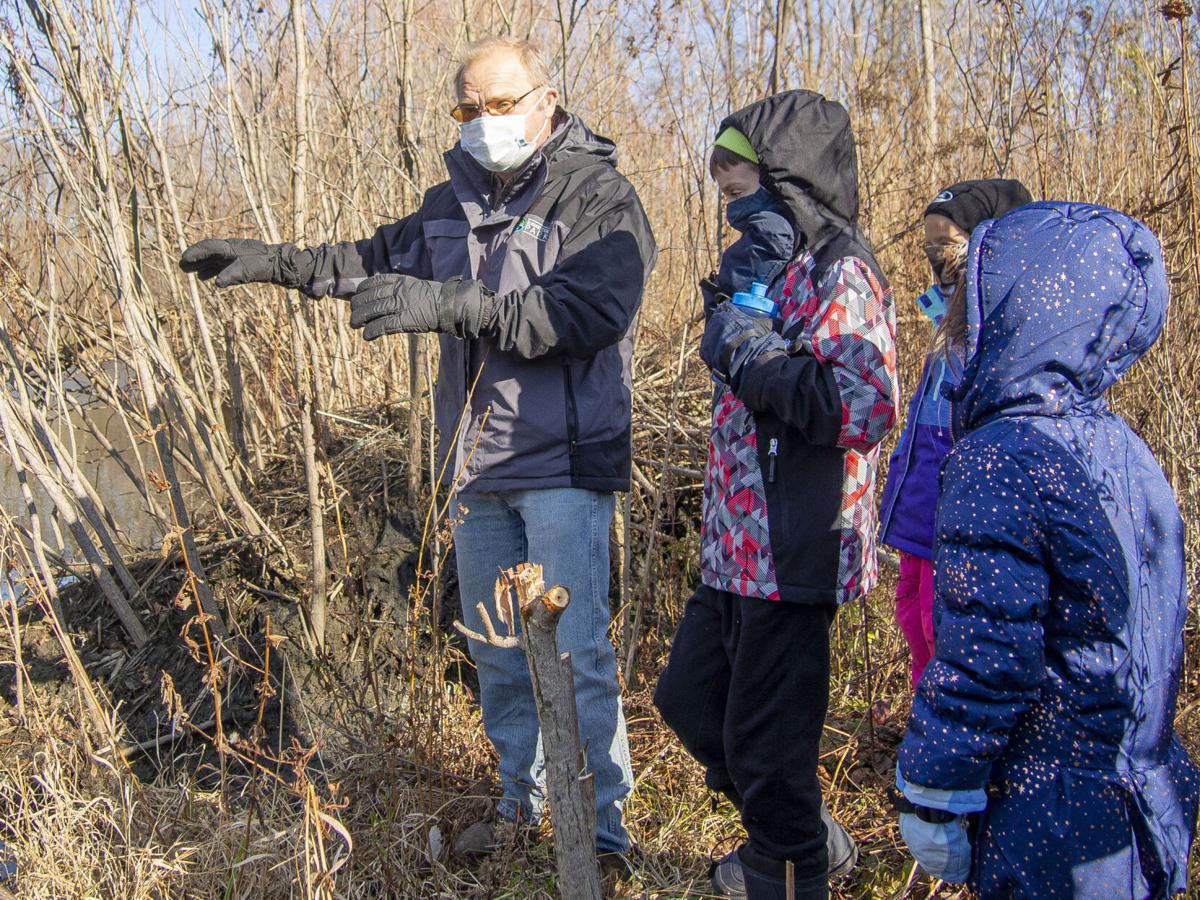 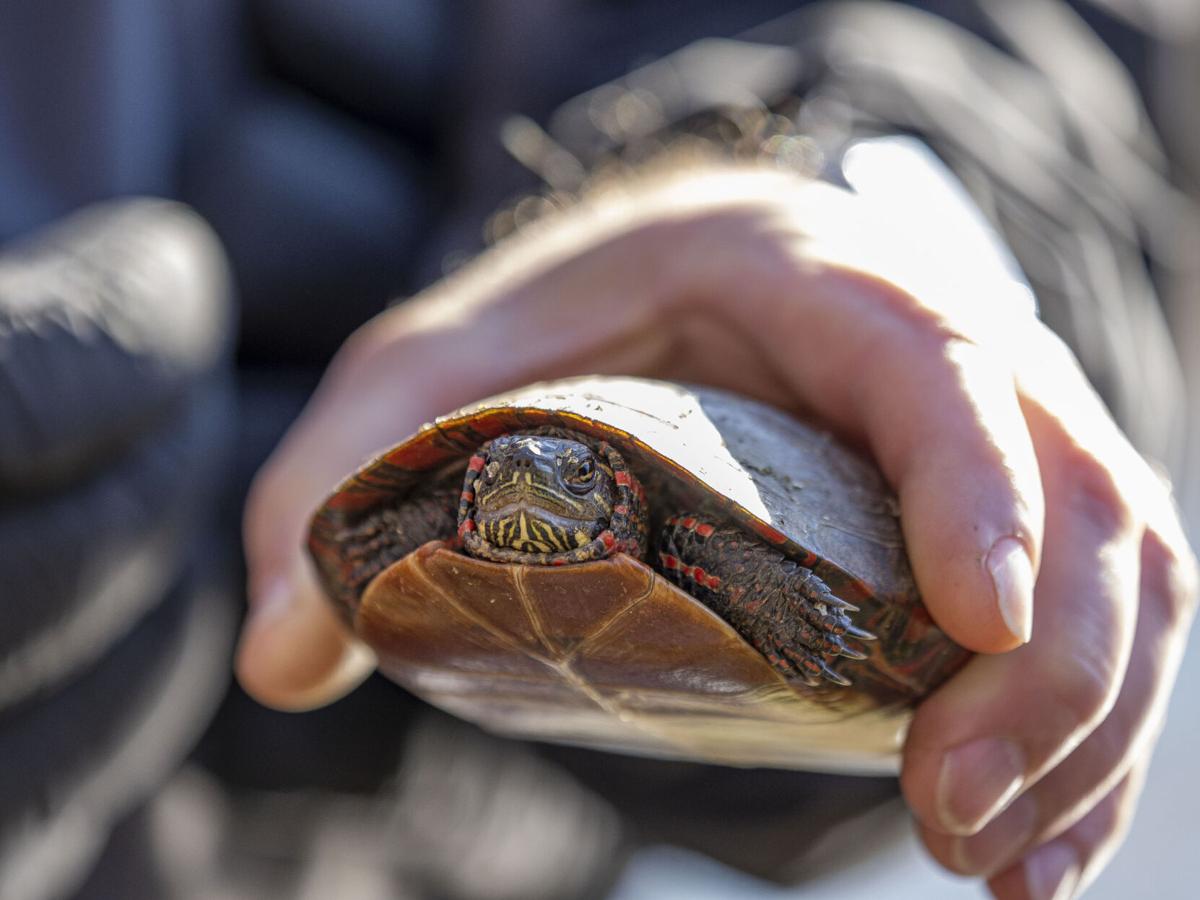 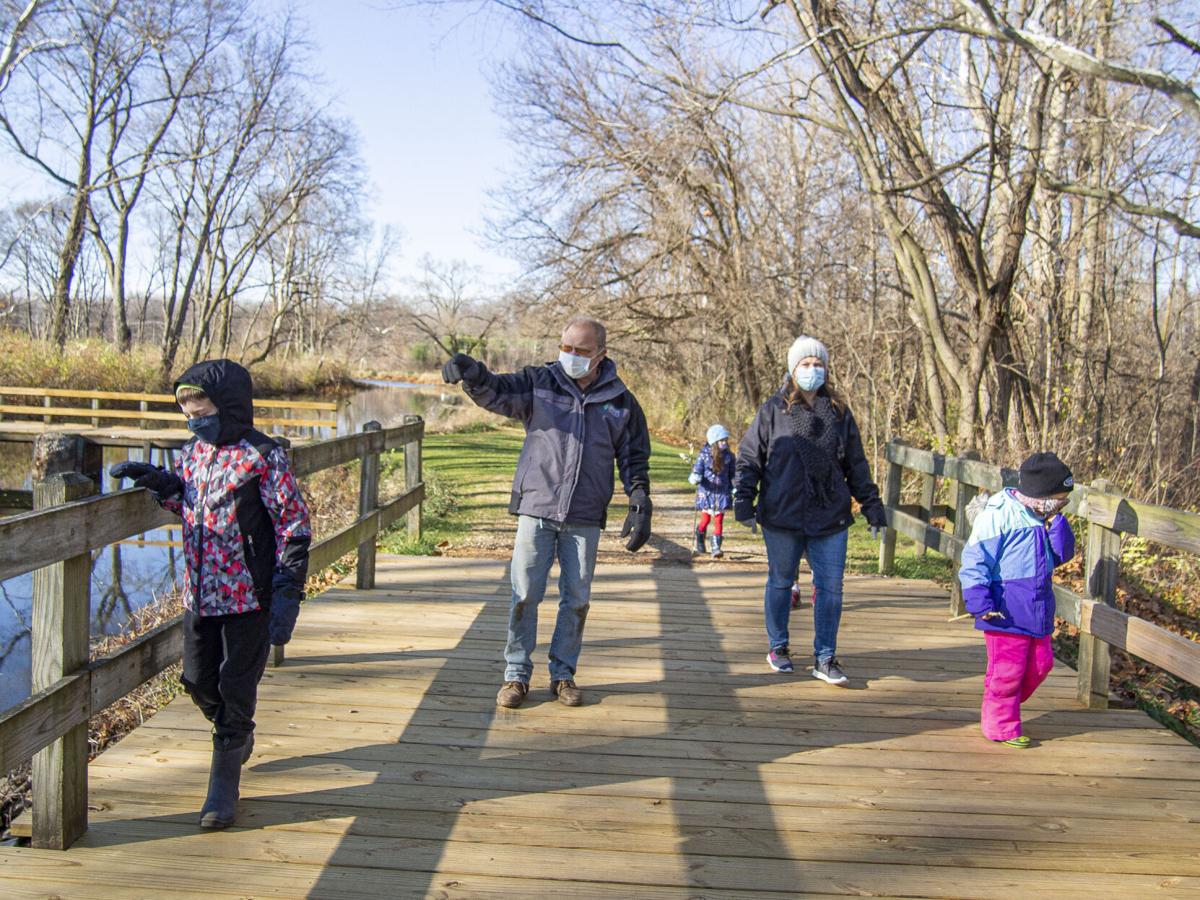 Langdon speaks to participants Monday along the trail. 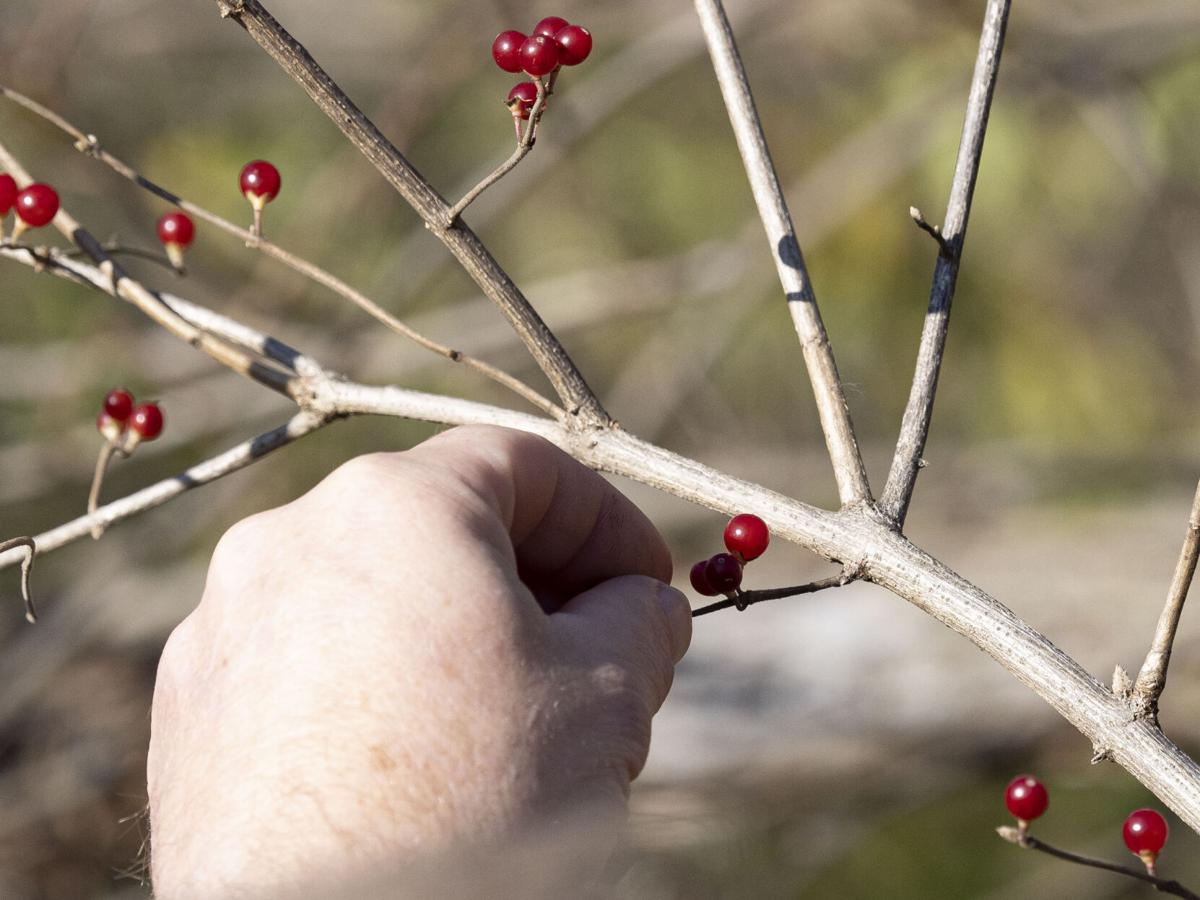 Langdon shows berries to participants along the trail. 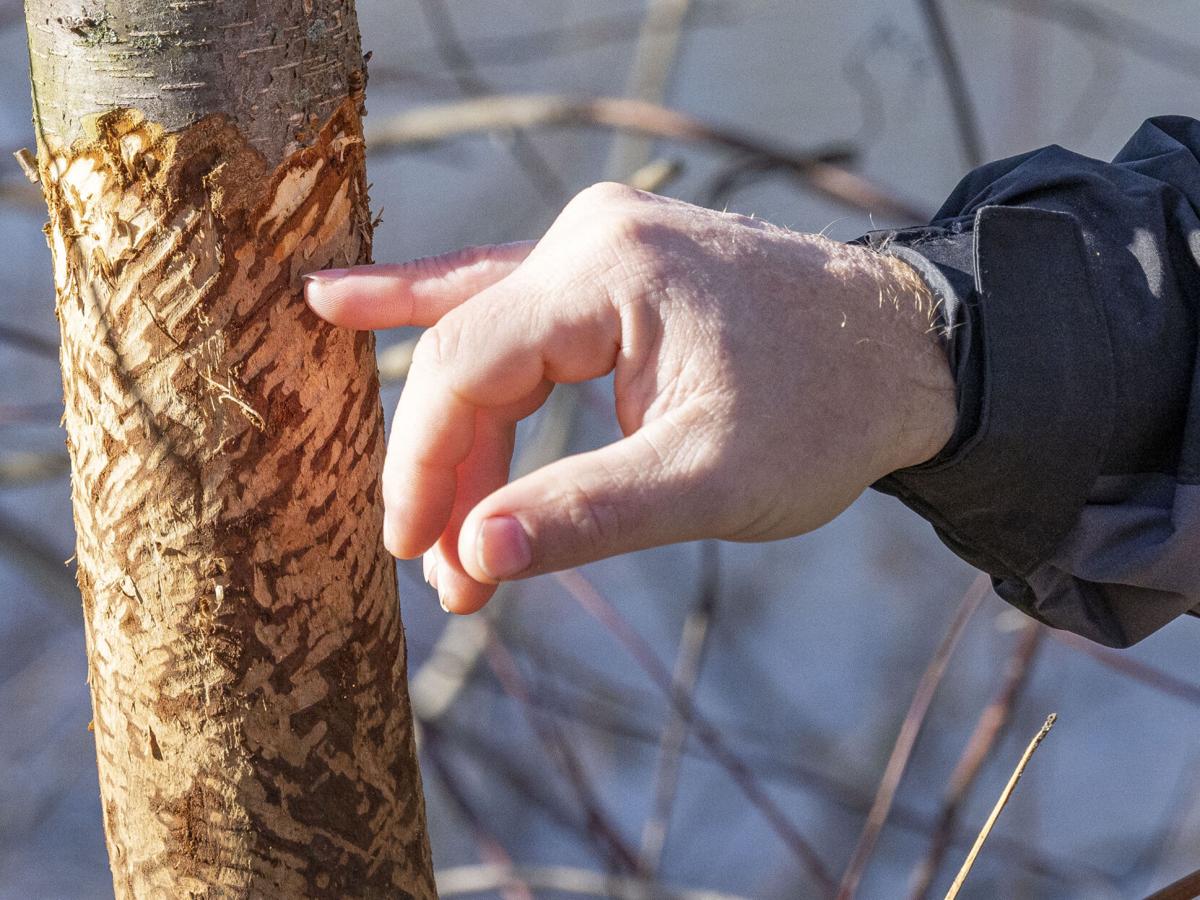 Langdon discusses what the markings look like when beavers start to cut down a tree. 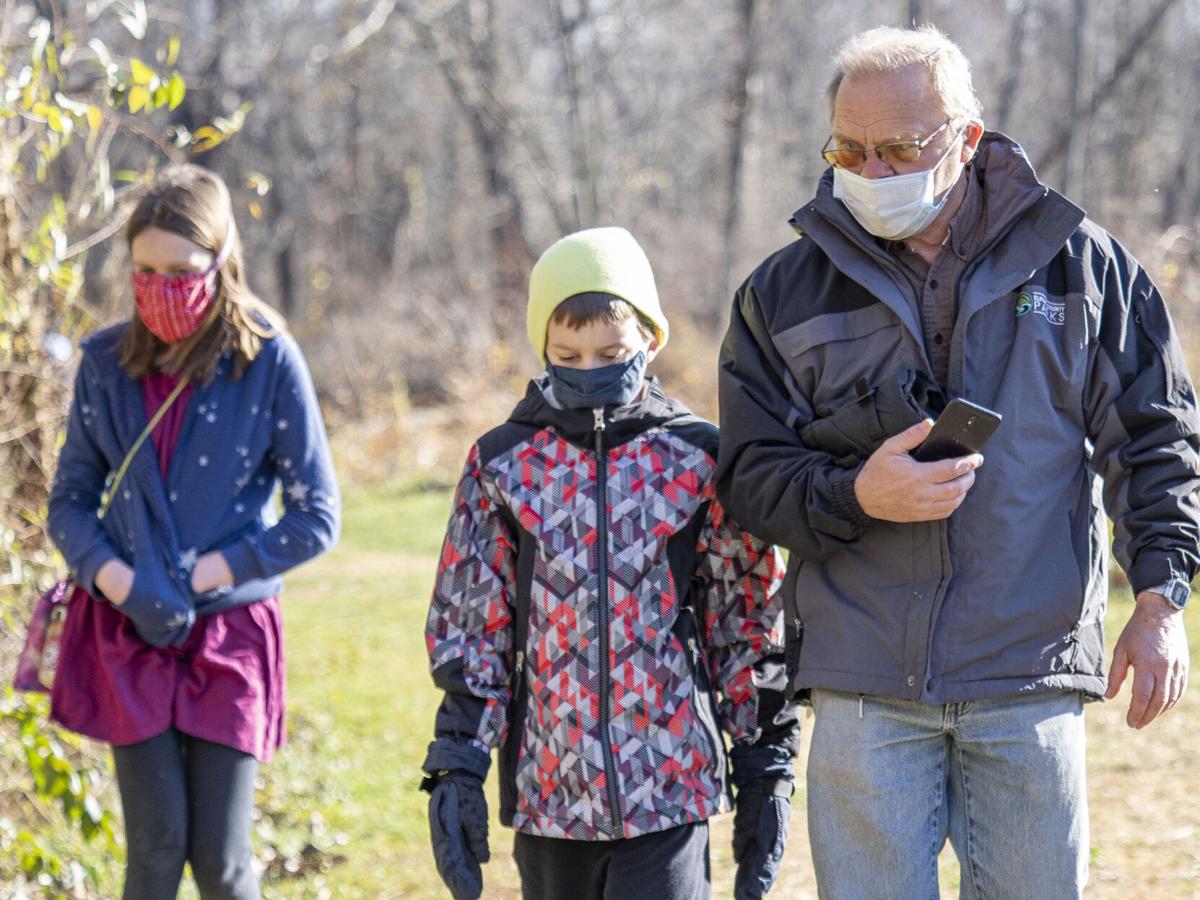 Langdon, left, speaks to participants Monday during the event.

Langdon speaks to participants Monday along the trail.

Langdon shows berries to participants along the trail.

Langdon discusses what the markings look like when beavers start to cut down a tree.

GOSHEN — As he walked along a trail near the Baintertown Dam looking for North American river otters recently, Andy Langdon, a naturalist with the Elkhart County Parks Department, explained to a group of visitors the importance of the otters and the role they have on the environment.

“Back in the olden days, these guys were very common,” he explained Monday, adding that due to an abundance of trapping and habitat destruction, the otters were completely wiped out in Indiana by 1942.

One of the reasons river otters should be preserved, Langdon said, is because of their link in the food chain. Having animals eating other animals is great for the environment because it creates a balanced ecosystem, he added. In 1994, the otters were reintroduced into the area to help balance out the ecosystem once again.

“They are near the top of the food chain as far as carnivores are concerned and are really built for living out in the wild,” Langdon said. “Fish, frogs, snakes, worms, and anything they can find; that’s what they eat.”

While the group didn’t see any otters during the event, Langdon said otters are very easy to see if you know where to find them — usually early in the morning or late in the evening.

“They are known to travel around though,” Langdon said, especially underwater. Known as the clowns of the forest, Langdon said, the otters love to slide down along the banks and into the water. “Otters can hold their breath underwater for up to eight minutes. You have to be in the right place at the right time.”