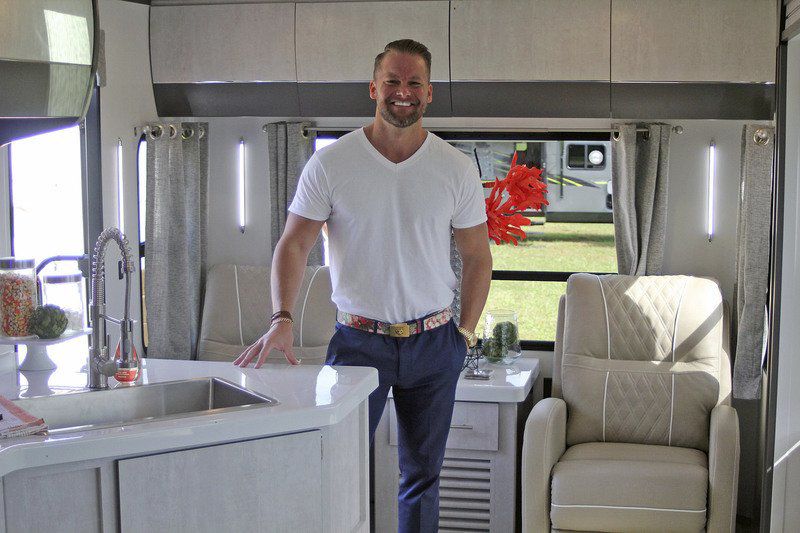 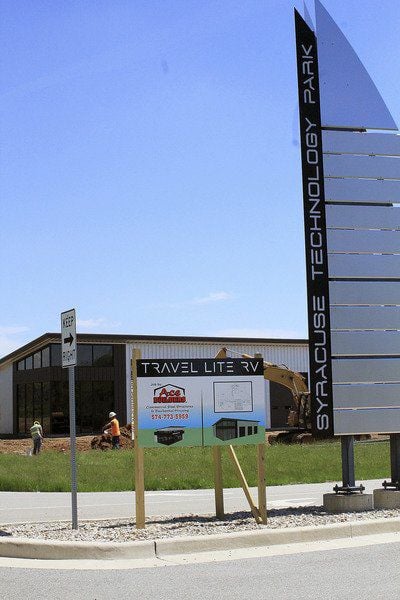 In this file photo from May 25, 2018, workers from Beer & Slabaugh install drainage lines around a Travel Lite RV building at the entrance to the Syracuse 6 & 13 Technology & Industrial Park.

Dustin and Lindsey Johns are named as defendants in the case filed in Kosciusko County Friday. The civil suit includes allegations of fraud, breach of contract and a violation of Indiana securities law while seeking damages for the alleged loss of about $2 million from the deal.

According to the complaint, Johns, as president of Travel Lite, reached an agreement to purchase three parcels of property along North East Wawasee Drive at Lake Wawasee for $4 million in July 2018. The parcels involve a house, about a quarter-acre of residential land and more than four acres of commercial land, Kosciusko County records show.

The deal called for Johns to pay $1.9 million in cash and earnest money plus three and a half shares in Travel Lite Inc. valued at $2.1 million, for the property, the suit shows.

However, the attorney for Michael DeWitt, the former property owner and the suit’s plaintiff, alleges Johns misrepresented the value of the stock with fraudulent company financial information. DeWitt also claims the alleged fraud violates the Indiana Uniform Securities Act and accuses Johns of breaching the contract by not transferring stock worth the value in the agreement, the suit shows.

DeWitt’s attorney argues the breach resulted in $2.1 million in damages.

The suit seeks a court order to have the property transferred back to DeWitt while he returns the “partial consideration previously paid” to Johns. DeWitt’s suit also calls for compensation in the form of the stock value in the deal plus 8 percent interest as well as legal costs and expenses.

The lawsuit was filed in Kosicusko County Superior Court 4 and came a few days after Johns spoke to The Goshen News about a corporate restructuring that has recently paused production at Travel Lite.

Travel Lite to emerge from restructuring soon with job cuts

Johns said business plans needed to be reevaluated following a company expansion that came as the recreational vehicle industry began facing a downturn. He estimated production resuming Oct. 21, but with about 70 fewer employees. He also told RV Pro magazine this week the company is consolidating and closing a production facility.

Telephone messages left for Johns at Travel Lite and DeWitt’s attorney were not returned Friday.

Travel Lite’s recent $5.2 million expansion included moving the company headquarters to Syracuse from New Paris and building a new plant and other buildings at the Syracuse 6 & 13 Technology and Industrial Park. The company continued to maintain the plant in New Paris after the project.

SYRACUSE — A Kosciusko County judge intends to toss a civil fraud suit against Travel Lite RV CEO Dustin Johns. But the plaintiff has an oppor…