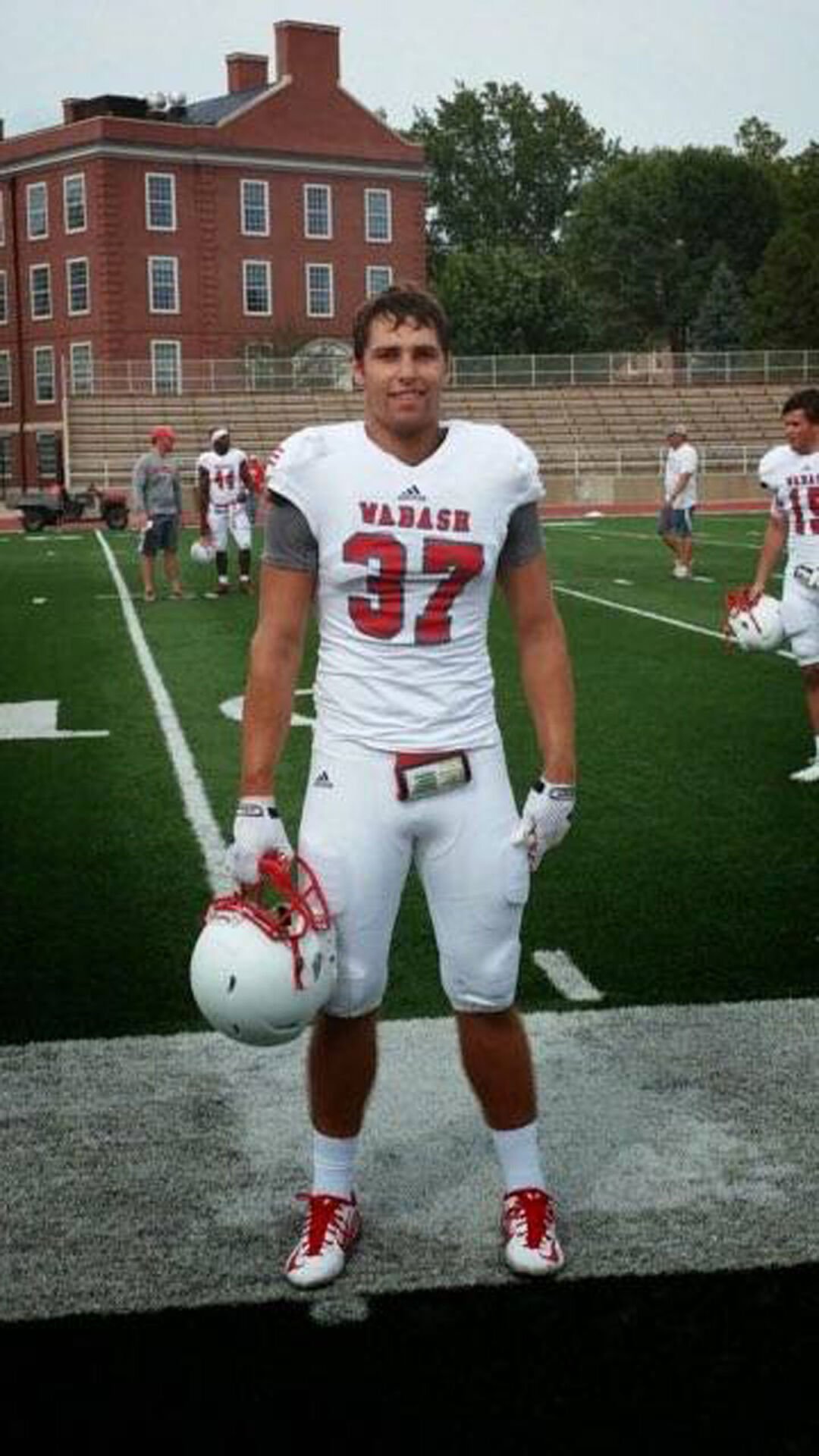 Austin Weirich poses with his football gear on at Wabash College. 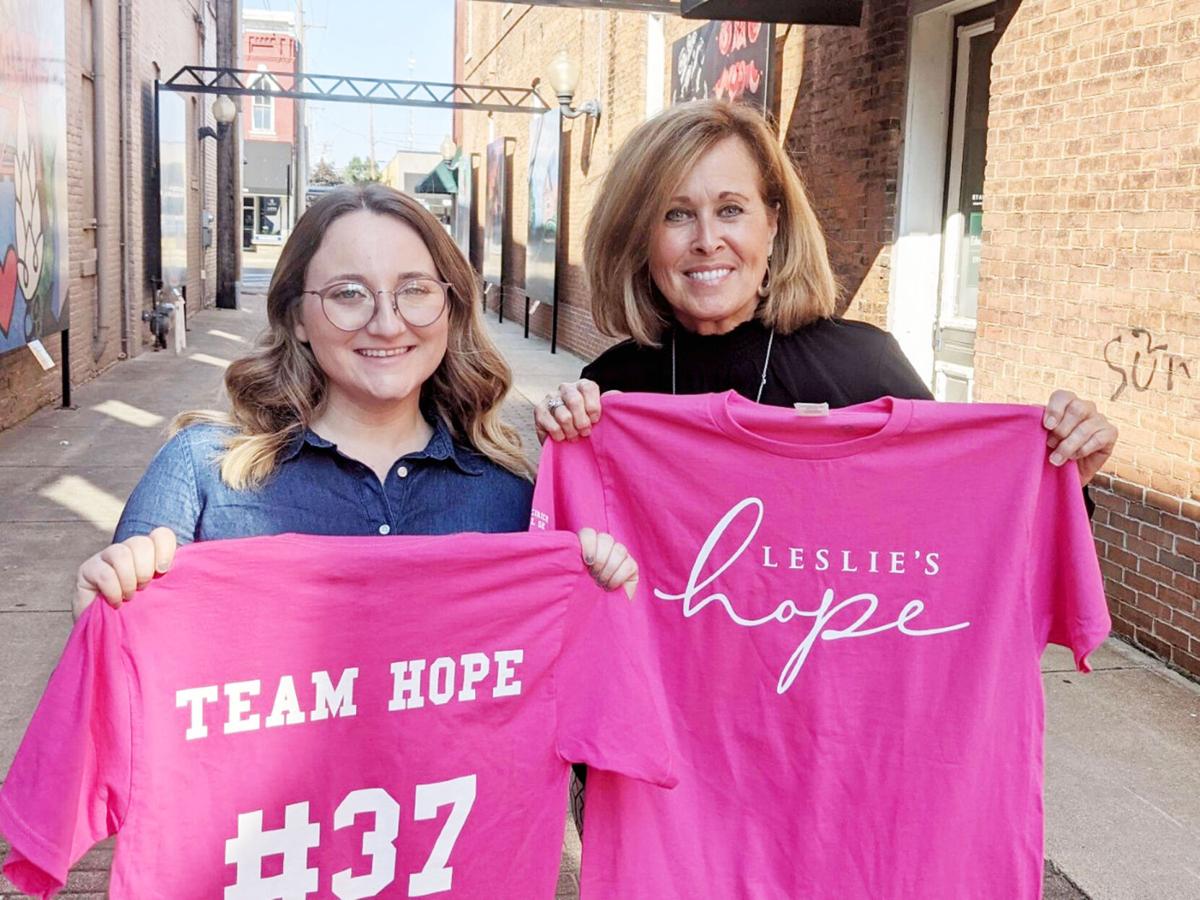 Hannah Quinn, left, and Leslie Weirich display the T-shirts that were going to be given to people competing in a 5K race in memory of Weirich’s son Austin Sept. 11. 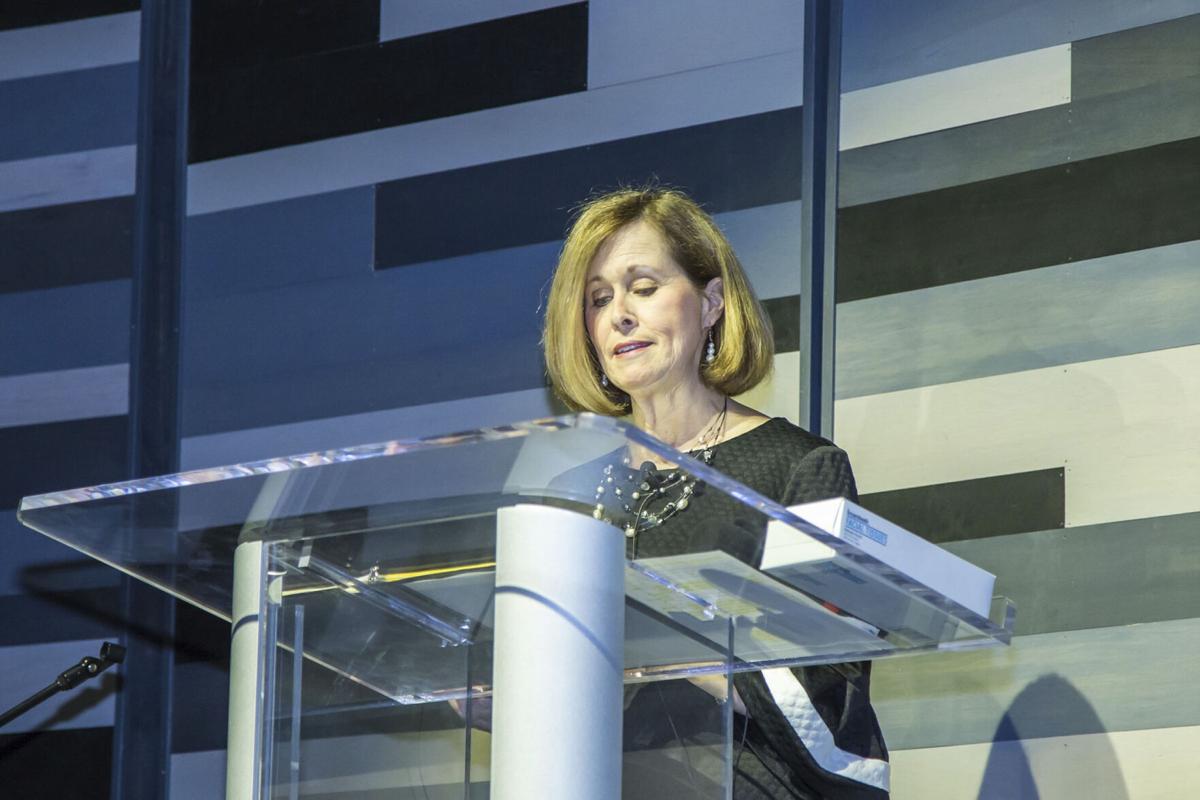 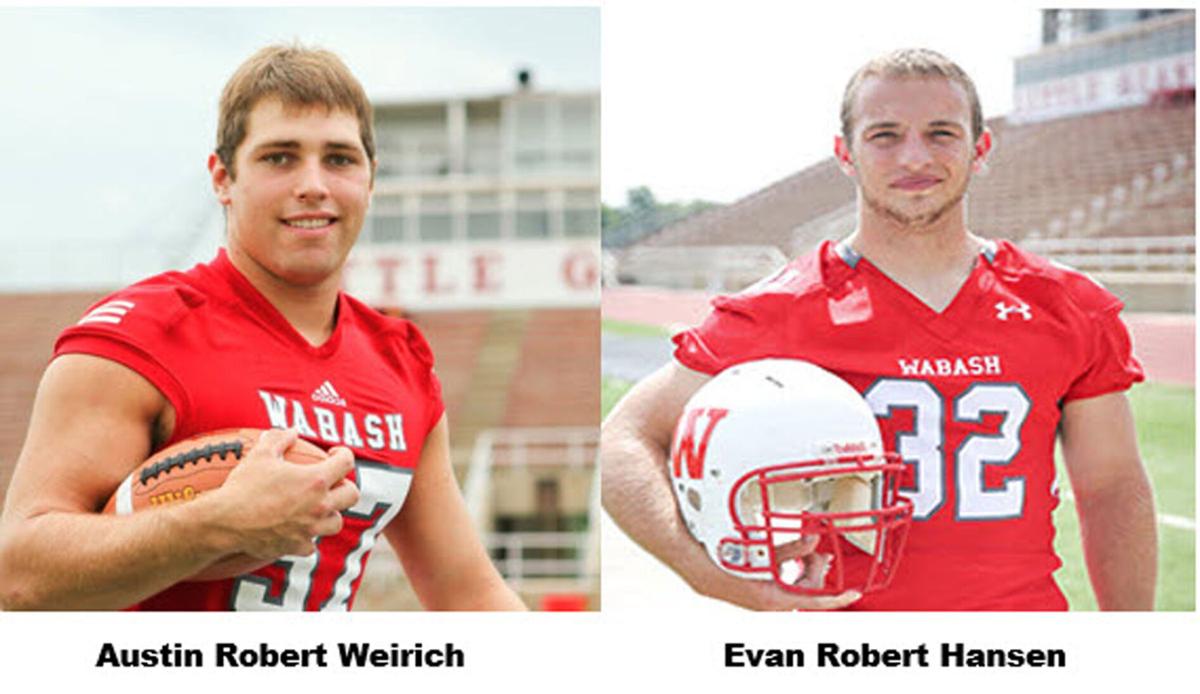 Austin Weirich poses with his football gear on at Wabash College.

Hannah Quinn, left, and Leslie Weirich display the T-shirts that were going to be given to people competing in a 5K race in memory of Weirich’s son Austin Sept. 11.

Leslie Weirich lost her son, Austin, to suicide in 2016.

Together, they are working with Oaklawn mental health services to reach as many youth and adults as they can to say don’t give up, don’t lose hope, just get to the next moment and thrive.

Last October, Laurie Nafziger, the CEO of Oaklawn, reached out to Weirich. Since 2018, Weirich has been talking to youth at schools, churches and nonprofits about suicide prevention. She even left her full-time job at Interra to embark on suicide prevention full time.

Nafziger knew about the Weirichs’ story of Austin’s suicide, followed by the suicide of Evan Hansen, who was on the football team with Austin at Wabash College. Oaklawn’s CEO asked if Weirich would consider working with Oaklawn.

“I was really, really honored that they even thought of my program and what I was doing,” Weirich said. “So the power of our story really partnered with the resources of Oaklawn — their clinical resources, their therapists.”

“And we had a dream,” Weirich said. “I’ve had it for about three years now — to put a strong prevention program in all of our schools.”

At the beginning of this month, which is also National Suicide Prevention Awareness Month, Weirich and Quinn, who also works with Oaklawn, launched a new program at Goshen Community Schools, Sources of Strength. It’s apropos that the program launched at Austin’s school, his mom said.

Quinn works with The Source of Oaklawn. The Source’s mission is: “Bringing hope to children with mental health challenges, one family at a time.”

The duo will be branching out into schools in Elkhart and St. Joseph counties with this program, they explained. They have become certified in suicide prevention and they are certified trainers as well.

Weirich said the program is an evidence-based, suicide-prevention program currently being using in 30,000 schools in 40 states.

“But we didn’t have it here,” she said, adding that Warsaw is one of the 30,000 schools that have the program and Fort Wayne does as well. “When I talked to Laurie, I said, ‘If you will support me to bring Sources of Strength into Elkhart and St. Joseph counties, I will share our family’s story and we will get out there and do good work together.’”

It’s a three-year implementation into the schools.

Warsaw, which has already had it for three years, has seen a reduction in bullying, school violence, suicide attempts — “it’s a game changer,” Weirich said.

The training started with teachers, nurses and other personnel. The program not only teaches school employees how to spot and help students, but also how to fill their own buckets.

Sources of Strength teaches resiliency through eight protective factors. This can be taught not only at schools but anywhere. Weirich said she’s even been contacted by local RV factory leaders to come into their factories and talk to their staff.

She sees that as not only being good for the employees, but also for their children or grandchildren.

“When you teach wellness to parents, what happens?” she asked. “It changes a culture. It changes a family. So that being said, it’s not enough that we just work with the students in the school if we’re not working with the whole family.”

That’s the hope: to impact entire families and spread the message of wellness and healing through these eight protective factors.

These are tools Quinn wishes she’d had as a 12-year-old, when she first started thinking of suicide. Now at age 24, Quinn said she dealt with almost daily thoughts of killing herself for about half of her life.

She believes the tools through Sources of Strength can help make a difference in the lives of youth like her.

Quinn said those middle school years can be when children start to feel separated from people around them.

“They are coming to know themselves and at the same time are starting to feel a lot different from those around them,” she said. “It’s a time of either connection or isolation. And I think that at that point is where a lot of folks start to kind of question their place in the world.

“And I think that’s what happened with me. And what I’m hoping through just opening up that conversation on mental health and suicide that those younger kids, that those teens, preteens who start feeling separated from those around them, that that kind of conversation and that openness around the topic leads people to start to feel connected again.”

Young people will, she hopes, realize that they are not the only person who has felt that way before.

“So starting in middle school, I actually saw a talk at Northside Middle School, where I went,” Quinn said, “from John Halligan, who lost his son Ryan to suicide in, I believe, 1992. And he gave a talk on turning ink blots into butterflies, was the term that he used. And that kind of imagery stuck with me since then.”

It was the first time she had seen anyone speak about suicide in a resilient type of lens — that something good can come out of this, she said.

“I feel that that image that stuck with me, is what led me to want to take my negative experiences, my struggles with mental health and suicide and really just make that into something important, make that into something special and do something with that,” Quinn said, adding that she studied psychology in college and volunteered with United Health Services suicide prevention center. She also did trainings with a suicide prevention program, Yellow Ribbon, and from there got a job with Oaklawn with adults.

In June of this year, she was working at about 3 a.m., was exhausted but started scrolling through Oaklawn’s website and came across their quarterly magazine with Weirich’s face on the cover.

“It said suicide prevention specialist,” Quinn recalled. “I was like, whoa! That’s awesome.”

So she reached out to Weirich with an email at 3 a.m. and asked if she could work with her.

The response: absolutely. Quinn’s email was an answer to prayer.

“I couldn’t have been happier,” Weirich said.

Weirich invited Quinn to go to a week-long Sources of Strength training in Fort Wayne.

And now, a few months after that, the duo are implementing training in schools and making connections with the hope of ultimately saving lives.

After the initial staff training, they will determine who in the school wants to be an adult adviser — and they do not have to just be school employees. They can come from the community, including youth pastors, coaches or anybody who cares about the life of kids, Weirich said. This will be a trusted adult that will meet with Weirich and Quinn twice a month, helping them develop positive messaging public service campaigns.

From that point, the teachers and the staff will nominate peer leaders from the student body.

Weirich explained that a student leader is four times more likely to identify an early warning risk of a suicide of another student before an adult would.

“Because, guess what? They’re in the bathroom with them hearing them talk about ‘I don’t want to be here anymore,’” she said. “Or they’re sitting by them in the cafeteria. So they’re really in the know. It’s developing the relationships.”

For every one adult adviser, there will be seven to 10 peer leaders.

What they want the peer leaders to be are “the circles of social influence” within the schools, Weirich said.

Traditionally, most schools might think that peer leader should be the football player or the band group.

“We’ve even had schools tell us ‘He’s a behavioral issue in my class, I cannot nominate him for a peer leader,’” she said. “And we say, ‘No. He is an influencer — maybe in the group of kids getting into trouble, but they’re listening to his voice. So what we need is to turn that around and use the power of social media for good — the power of that social network for good.”

Oaklawn will then provide the money for the kids to run their own public service announcements. It can be in many forms, including TikTok or T-shirts. Then, at the end of the year, there will be a large celebration to thank the peer leaders and adult advisers, then nominate for the next year.

Weirich explained that it’s not enough to talk about the risks. There needs to be conversations about the strengths, what drives kids to get up in the morning.

So the two are excited to see where this program is going to lead and the changes that will come about as a result.

For those who are interested in Sources of Strength, information can be found at thesourceelkhartcounty.org or on Weirich’s website leslieshope.org.

Anyone who is thinking about suicide should not be afraid to reach out, Weirich said. To reach someone, call the National Suicide Hotline at 1-800-273-TALK (8255) — veterans can press 1 on that line, or call 911.

A new nationwide suicide prevention hotline will be activated in July 2022. That number will be 988.