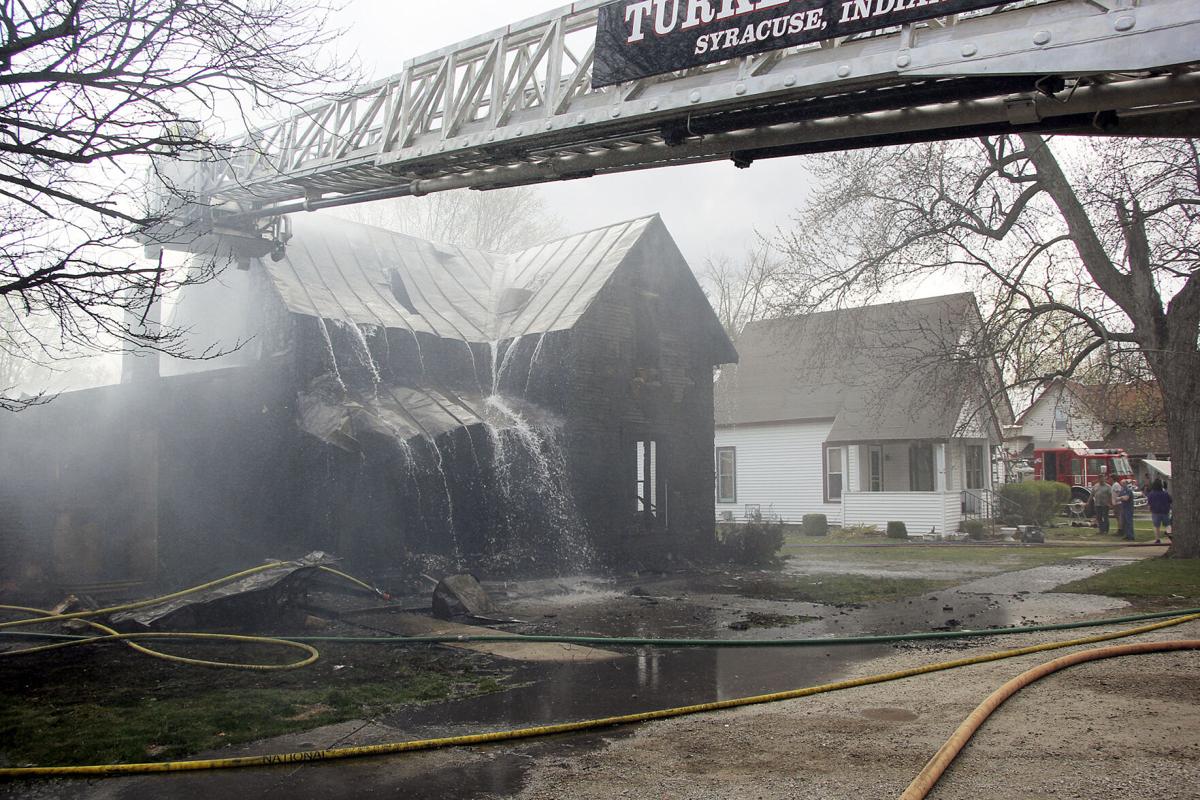 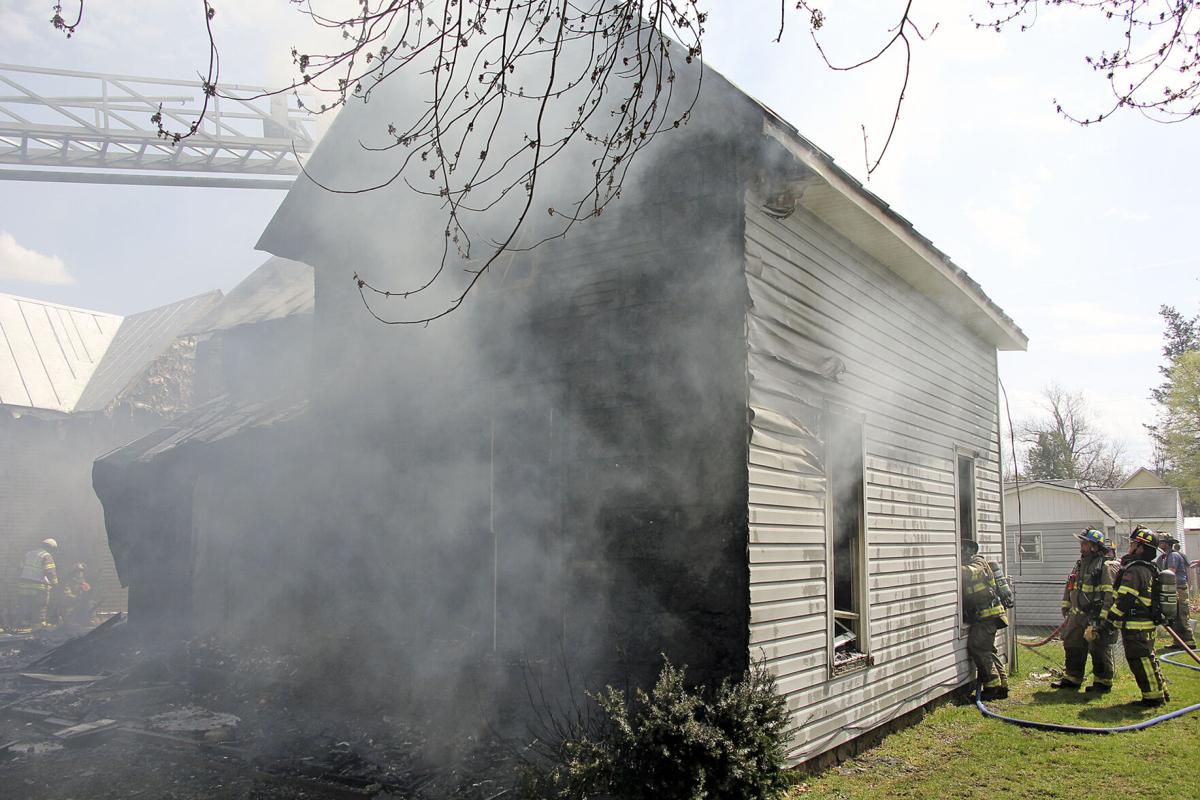 Firefighters work to extinguish a fire that heavily damaged a house, 410 W. Catherine St., in Milford on Wednesday.

Firefighters work to extinguish a fire that heavily damaged a house, 410 W. Catherine St., in Milford on Wednesday.

MILFORD — A pair of roofers helped two people and a baby escape a house fire in Milford Wednesday.

John McQuade and Micah Mansfield, both of Warsaw, were working on a roofing project when they said they heard shouts from the second story window of a house next door, at 410 W. Catherine St., shortly after 1 p.m.

“We heard somebody yelling, ‘Help! Help! Please help! We got a baby!’ I looked over the eaves and saw smoke coming out of the upper window and a woman down below screaming for help,” McQuade said.

He and Mansfield took action, using one of their tools to help as a woman held a baby, estimated at 6 to 8 months old, out of the window as smoke poured out around them.

“John yelled at me to go get a ladder over there because he saw a baby hanging out of the upper widow,” Mansfield said.

The two set their ladder against the house, and McQuade said he climbed it and passed the child to the woman on the ground. As he descended, the other two people in the house followed him down the ladder.

Back on the ground, McQuade said he was told another person was still in the house, but he stopped the family from going back in as the fire intensified and while firefighters were en route. He said about five minutes later, as fire crews arrived, a man had escaped the blaze from the back of the house.

Milford firefighters were dispatched to the scene around 1:10 p.m. and found the house engulfed in flames and smoke, said Milford Assistant Chief Steve Farber.

“We had heavy flame coming out the front of the house when we pulled up," Farber said.  "Not for sure where it originated from.”

Though they were informed the house was occupied, with possibly three people, when the fire call came in, Farber said crews didn’t find anybody inside when they arrived. He couldn’t comment on the earlier rescue.

“I haven’t talked to anybody about that part yet,” Farber said.

He also said no one was transported to local hospitals for injuries.

The fire was brought under control around 2:15, and as firefighters worked to extinguish hot spots, Farber said the house was heavily damaged and will be considered a total loss. A neighboring house, 408 W. Catherine St., was also apparently damaged by fire exposure on one side.

Farber couldn’t say where the fire started. The cause is under investigation.

During the fire response, McQuade and Mansfield, as employees of Widman Builders Inc. of Warsaw, went back to work on the roofing project at 412 W. Catherine St.

“We’re thankful that God had us here today, working on this roof and we were here to help them,” McQuade said.

Mansfield was still feeling the effects of his body going into emergency mode when he spoke.

About 50 firefighters were on the scene, with crews from Turkey Creek Fire Territory, New Paris and Plain Township backing Milford fire crews up.