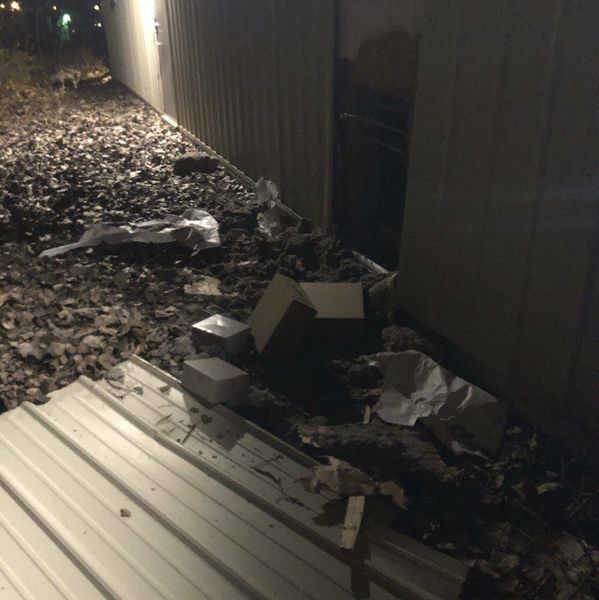 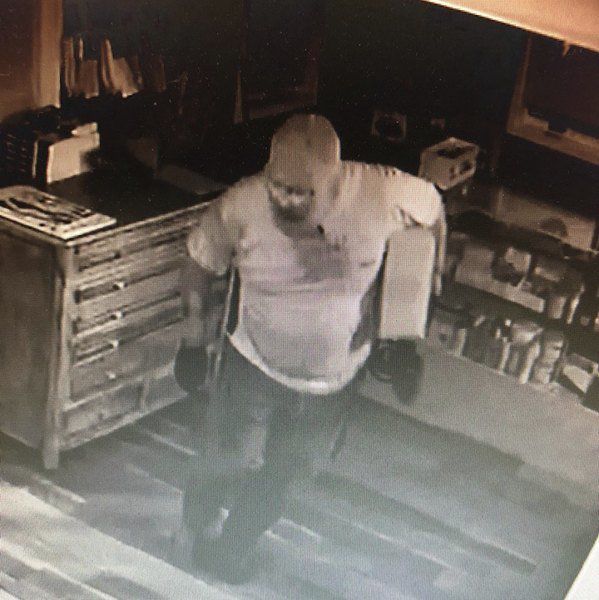 Masked men ransacked an Elkhart business after apparently cutting a hole through its wall.

Company staff posted several photos of the scene on Facebook Friday. Surveillance images show two men wearing masks and gloves, with one prowling inside the business while carrying a container.

Other photos show where someone a hole created in the rear wall by cutting through exterior siding, insulation and plywood.

"It's obvious they were familiar with the turf because they knew they had limited time once in and the motion sensors triggered the alarm," the Facebook post reads. "They made off with almost every machine from the display, about 15 total, and quite a bit of ink, all brand new."

The Elkhart County Sheriff's Department shared the post to its Facebook page with information on how users can submit tips in the investigation.

Go to Facebook.com/ECSDNews for details, or contact the department at 574-891-2352 to provide information.

Two homes in Bristol were the targets of suspected burglaries on the same day.

Elizabeth Bucklen-McNiff reported to Elkhart County police a screen door was cut in an apparent attempt to break-in to her parents’ home along the 56000 block of Dana Drive around 12:30 p.m. Thursday.

Hours later, Joshua Hays called Elkhart County police around 7 p.m. to report his home in the 51000 block of Ind. 15 was burglarized. Hays told police tools and hunting gear were stolen from his garage.

• An employee at Gateway RV Transport reported to Elkhart County police the theft of a 26-foot Gray Wolf travel trailer from a storage yard, 72298 Ind. 13, in Syracuse. The report was made Thursday, but the theft occurred around 10 a.m. Nov. 27, according to police.

Debra Crume, Middlebury, reported to Elkhart County police a case of fraud where her debit card information was used in New York sometime between Nov. 29 and Wednesday.

• Brady Mills, 25, Goshen, was arrested by Goshen police on a charge of operating a vehicle while intoxicated following a crash near the intersection of Olive and Center streets around 2 a.m. Thursday.

• Goshen police arrested a 16-year-old boy on a charge of theft at Walmart, 4024 Elkhart Road, around 7 p.m. Thursday. The boy was released to his mother with a citation to appear in court.

Shirley Beach, Elkhart, reported to Goshen police her vehicle was struck by another vehicle at U.S. 33 and Bashor Road around 11:30 a.m. Thursday. The driver of the other vehicle left the scene without exchanging information.

• Monique Whitaker, Goshen, reported to Goshen police a person let the air out of the tires of her vehicle at a home, 261 Winchester Trail, around 8 a.m. Thursday.

• Ricky Grady, 38, Elkhart, was deemed absent without leave after staff at the Elkhart County Work Release Center in Goshen reported to Elkhart County police Thursday that Grady failed to return to custody around 4:30 a.m. Wednesday.