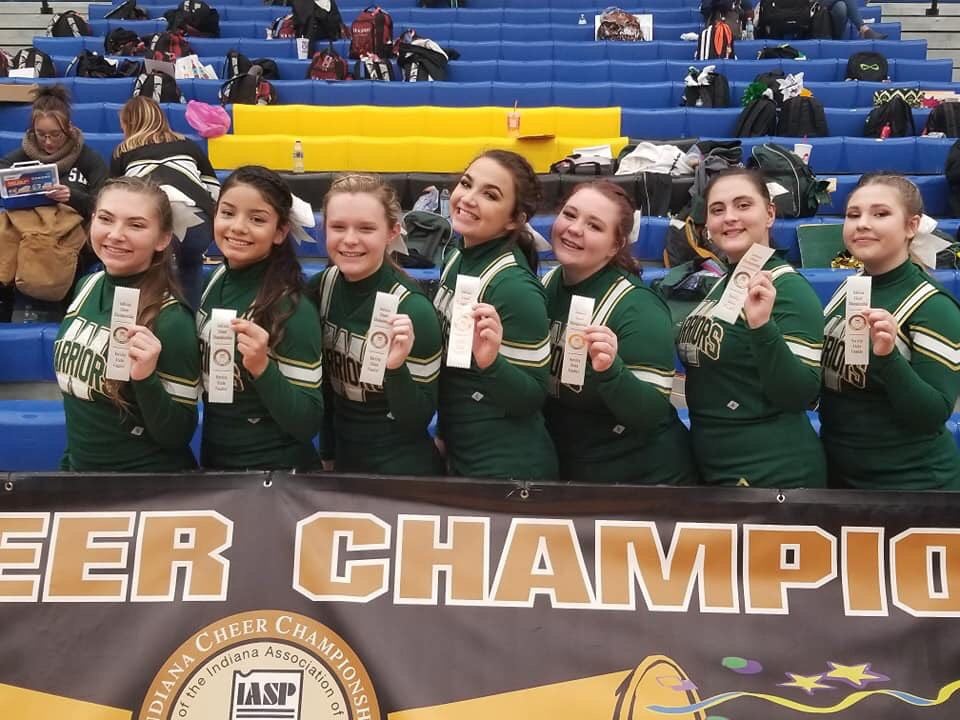 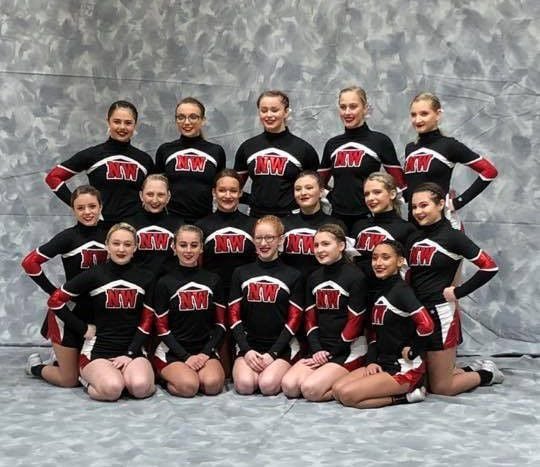 NorthWood has started making a habit of sending its cheer team to the state championship. The Panthers will make it a 14th-straight appearance at the state finals this weekend at New Castle High School.

NorthWood has had success at the state meet before, winning the 2014 championship. The finals are split up into five classes: A, B, C, D and coed. The classes are based on school enrollment size, with A being the biggest and D the smallest. The coed division is just one class and combines all the schools in the state of Indiana.

The Panthers compete in Class C and will be the first ones on the mat at 2 p.m. Having experience at the state meet will be crucial for NorthWood.

“It’s vital,” NorthWood coach Lisa Norville said. “I know with freshmen, there’s a lot of anxiety, ‘Oh my gosh, this is state.’ We did have some mistakes last weekend at semistate from some of the newer girls … but they did well, they pulled through.”

It’s a relatively inexperienced group for Norville, who’s in her 11th year as head coach. NorthWood only has one senior, Lilly Kauffman, in its 13-person routine. She’s confident her team will be ready for the moment, though.

“I can’t put my finger on what it is, but I’ve said it from day one: there’s something special about this group,” Norville said. “I don’t know if they’re going to get another state title — I can’t answer that question. They’ve had mistakes along the way, but they’re still successful. They’re young, they’re hungry and they love what they do. And they’re probably, in all the years I’ve been coaching, the hardest working group of girls I’ve ever coached.”

NorthWood won’t be the only team representing the Northern Lakes Conference Saturday, as Wawasee will also be competing in the Class C division. They are scheduled to perform at 2:18 p.m.

“We aren’t a big tumbling squad … that’s usually what holds us back from going to state,” Wawasee coach Chelsea Coy said. “We just don’t have the tumbling that the bigger teams have, so we’re kind of a small fish in a big pond and we’re really, really excited about going (to state).”

Although Wawasee and NorthWood are in the same class together, the Warriors have nearly half the number of cheerleaders that the Panthers have. Wawasee will have seven members perform Saturday on the state’s biggest stage for cheerleading.

“I think we’re just super versatile. Stunting is a big part of competition, and I have girls that can fly and be base,” Coy said. “We have three flyers on our team, and that’s not normal for a group this size to have … and then to also be able to come out of the air and lift somebody else up I think just shows how insanely talented they are.”

The event is organized and ran by the Indiana Association of School Principals (IASP). Along with the 40 schools competing across the five classes in the state championships in the afternoon, there’ll be 40 other schools competing for the “Time-Out” title in the morning. These teams get four minutes to do their routine instead of six. Area schools competing in that are Elkhart Central and Warsaw.

“One of the coolest things we do, in providing programming for these students, is seeing how they have an opportunity to perform and showcase what they’ve been working on all summer and all year up to this point,” Chris Hammer, competition coordinator for IASP, said. “Good or bad performance, they’re out there supporting each other and representing their school well. And, that’s what we like seeing.

“Just the experience they have in watching them put their hard work on display so they can get some credit for that — it’s cool to see.”