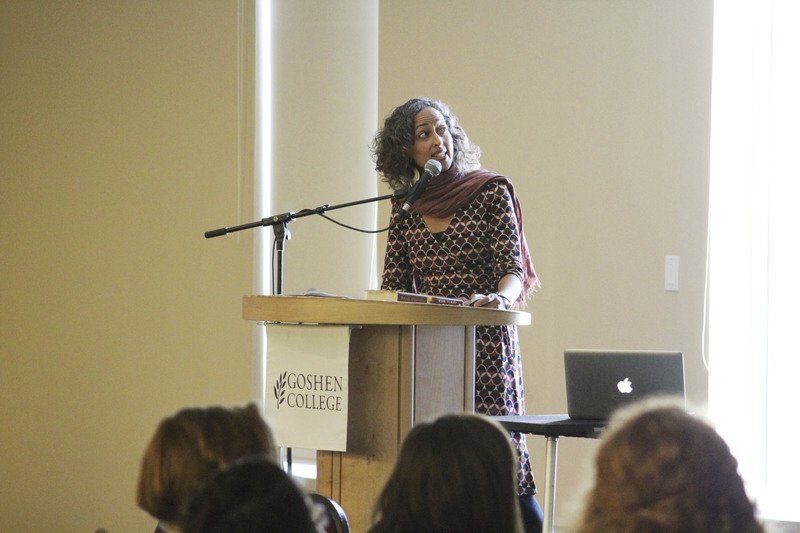 JULIE CROTHERS BEER | THE GOSHEN NEWSSofia Samatar, a 1994 graduate of Goshen College and author of the novel "A Stranger in Olondria" speaks to a group gathered Monday afternoon for a workshop about Afrofuturism. Samatar was also the quest speaker during Monday's MLK Day community breakfast at Goshen College. 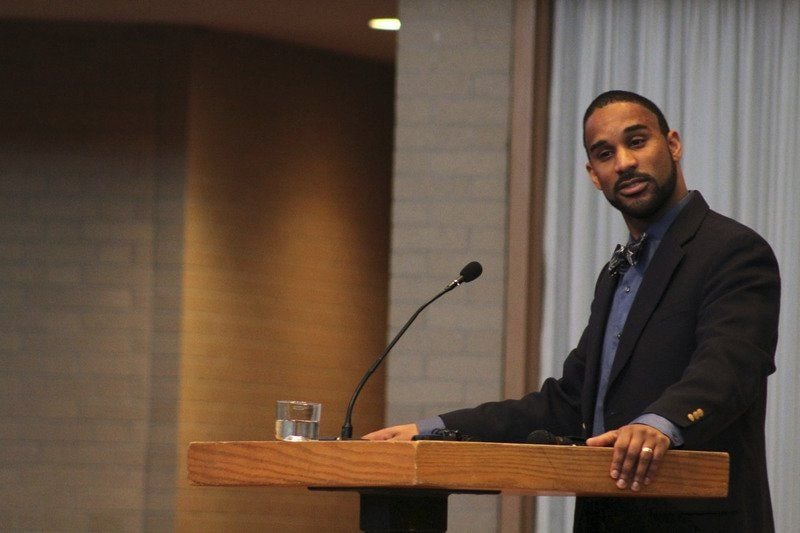 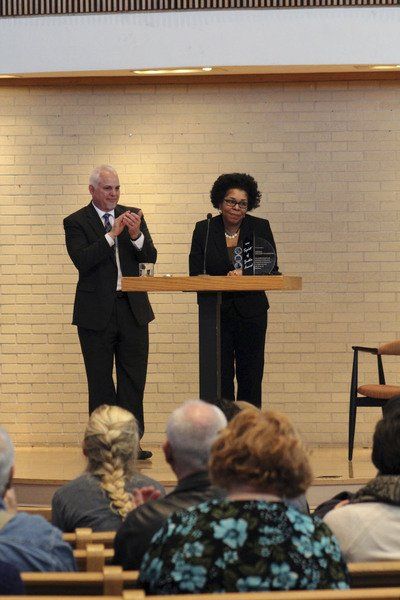 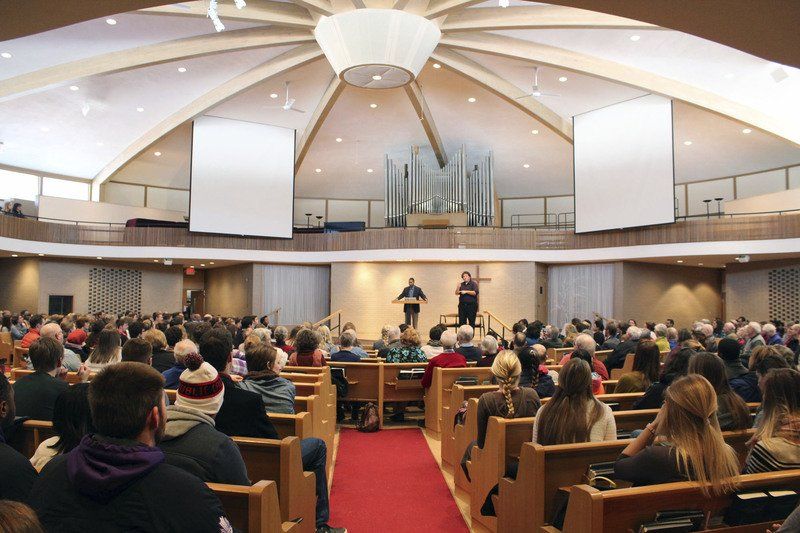 JULIE CROTHERS BEER | THE GOSHEN NEWSSofia Samatar, a 1994 graduate of Goshen College and author of the novel "A Stranger in Olondria" speaks to a group gathered Monday afternoon for a workshop about Afrofuturism. Samatar was also the quest speaker during Monday's MLK Day community breakfast at Goshen College.

While there’s much to celebrate when remembering the life and works of Martin Luther King Jr., it’s important also to recognize the racism that exists today, Drew G.I. Hart told the packed sanctuary Monday as he spoke during Goshen College’s annual MLK Day celebration.

“That past generations have failed is always a much easier pill to swallow than to admit that one’s own generation is continuing a new phase of an old, devastating cycle,” he said.

This year’s MLK Day events at Goshen College mark nearly 55 years since the civil rights leader visited the campus on March 10, 1960. At the time of his visit, King was leading the struggle for racial equality, but stopped in Goshen to give a lecture to a packed auditorium on the college’s campus.

The weekend of activities centered around the theme “Trouble I’ve Seen: Naming the Nightmare; Re-imagining the Dream” and included three days of discussions, presentations, lectures and community meetings.

Hart, a doctoral candidate studying theology and ethics at Lutheran Theological Seminary at Philadelphia, lectured about how the progress made by Martin Luther King Jr. during the Civil Rights Movement should be celebrated, but the work left to be done should also be recognized.

For too long, the majority of white dominant culture — including the church — has ignored or denied the issues facing people of color, Hart said.

No one argues that the majority of white people’s racial intuitions were wrong for at least 350 years, he added.

“And so we look at the 21st century and hold it up to the standard of white supremacy in the 1950s and then from that perspective we see unimaginable changes and shifts over just a few short decades,” Hart said. “But just imagine if someone were to take that same approach with judging the racism of the 1930s against the racism that existed in 1860. By those standards white supremacy would look like it had been complete eradicated, but of course it would overlook the ways that the manifestation of racism had drastically mutated and morphed from 1860 to 1930.”

The task has never been for us to judge our time according to a previous generation’s era, Hart said.

“We must assess ourselves according to the widespread realities that exist today. Doing so would reveal that there’s no question that things have changed from the mid 20th century until now, but those changes aren’t the heroic story of progress we like to tell in America.”

Unfortunately today, like in the past, the majority of white people are unwilling to fathom the possibility that a new face of racism — including health care disparities, lack of access to employment opportunities and underfunded, suffering public schools in predominantly black communities — has emerged, Hart said.

“The task before us now is not seeing what others before us got wrong so we can wag our fingers at those in the past. The task at looking back is supposed to offer new possibilities for how we move forward.”

In 1967, King explained the issue by stating “The black revolution is much more than a struggle for the rights of Negroes. It is, rather, forcing America to face all its interrelated flaws: racism, poverty, militarism, and materialism. It is exposing evils that are rooted deeply in the whole structure of our society. It reveals systematic rather than superficial flaws, and it suggests that radical reconstruction of society itself is the real issue to be faced,” Hart said.

“We assume we all already know what racism is and that it is the KKK all hooded up, it is crosses burning in front yards, it is blatantly calling someone the N-word,” Hart said.

Racism has been going on for centuries and continues today, but by confronting it, change is possible, he said.

“White people today have a choice to either get defensive and deflect from all honest conversations of this nightmare or despite the sometimes hard words being spoken there’s the option to engage in meaningful listening, seeking to understand the experiences of a community that has been on the receiving end of white supremacy for 400 years,” Hart said.