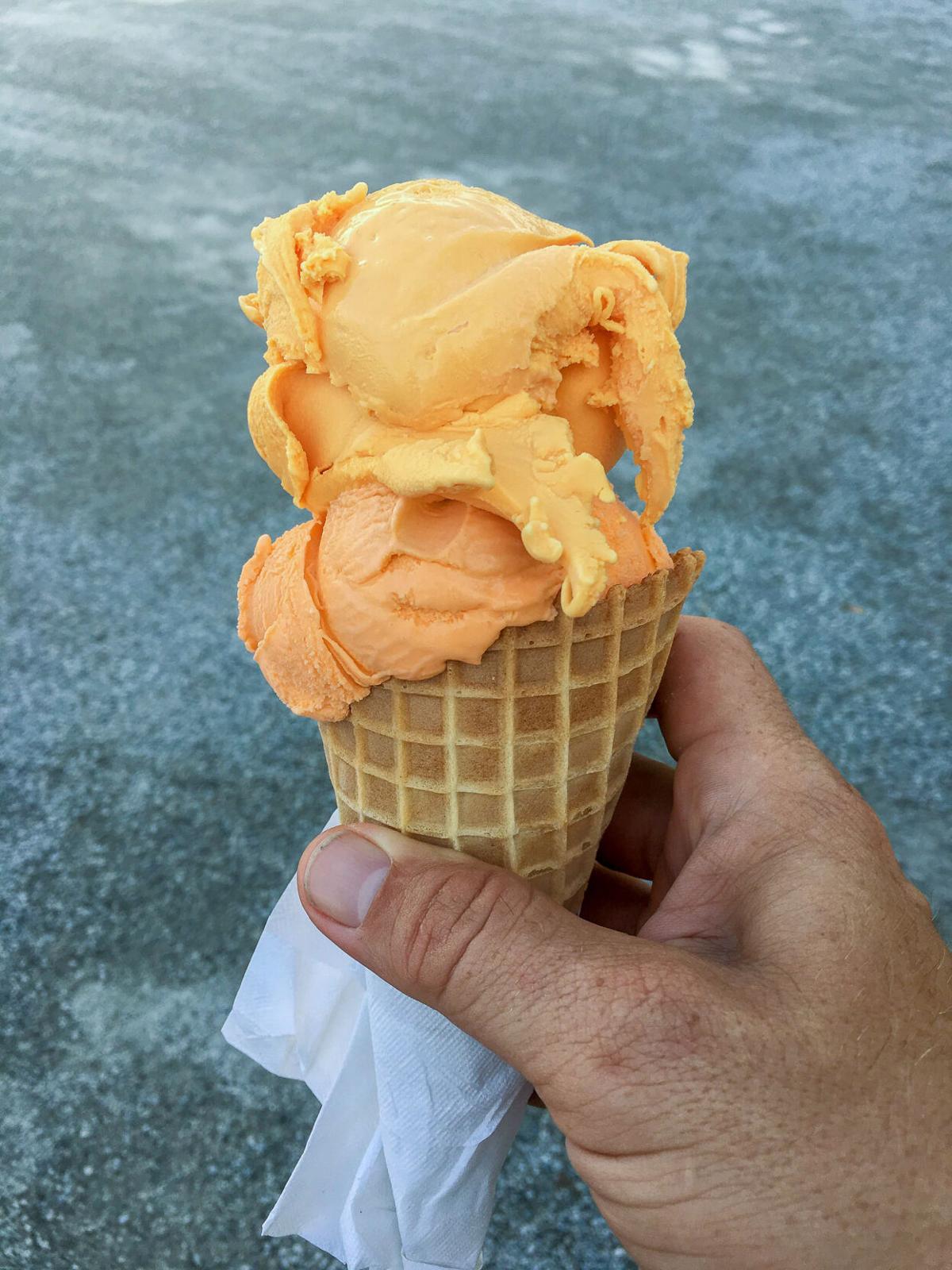 Ice cream from The Chief will soon be offered in Granger. 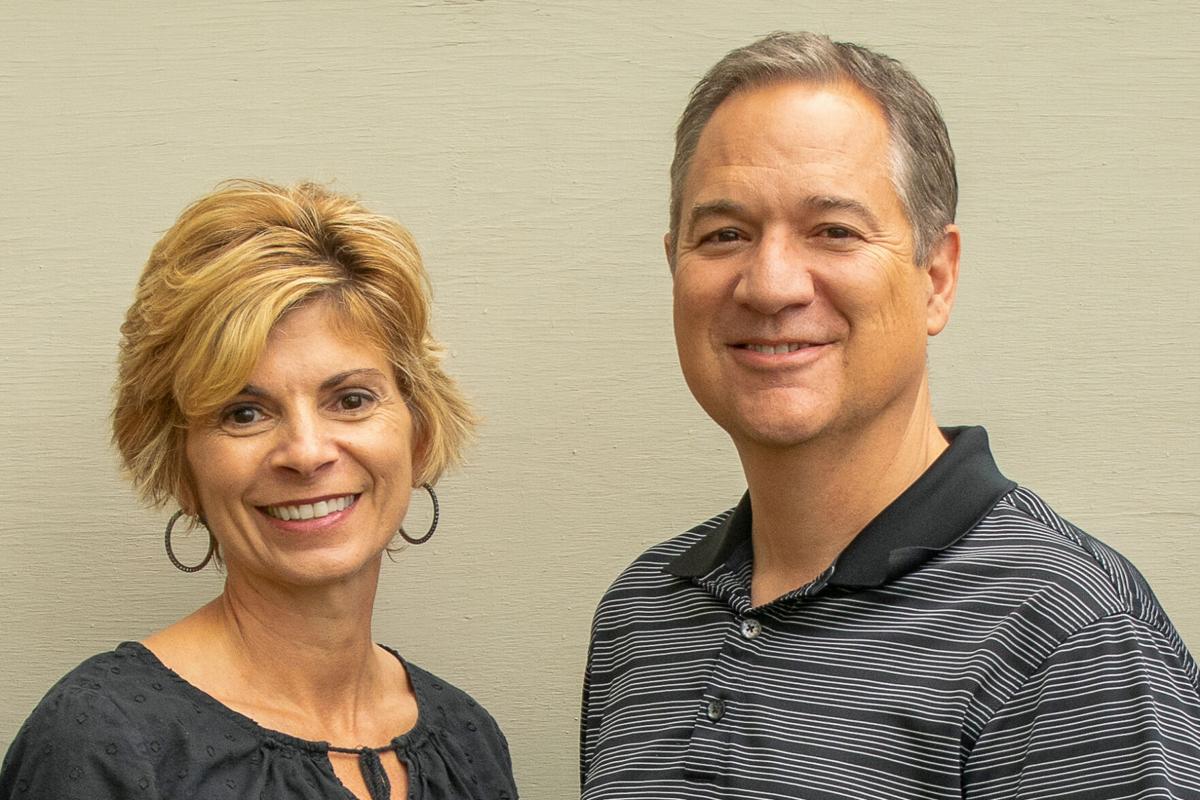 Tracy and Chad Klopfenstein are owners of The Chief, which is expanding to Granger. 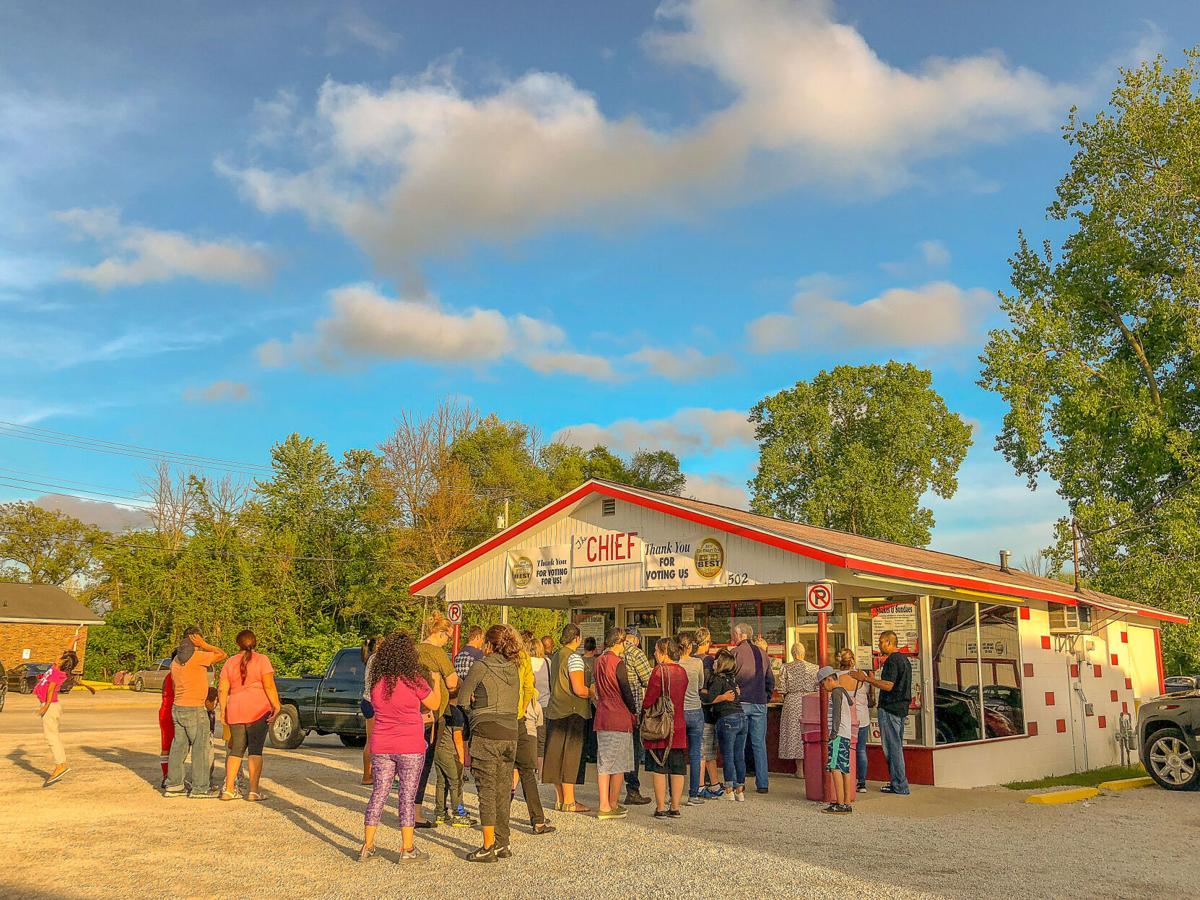 This shot from the summer of 2018 shows customers waiting at 502 W. Lincoln Ave., Goshen. 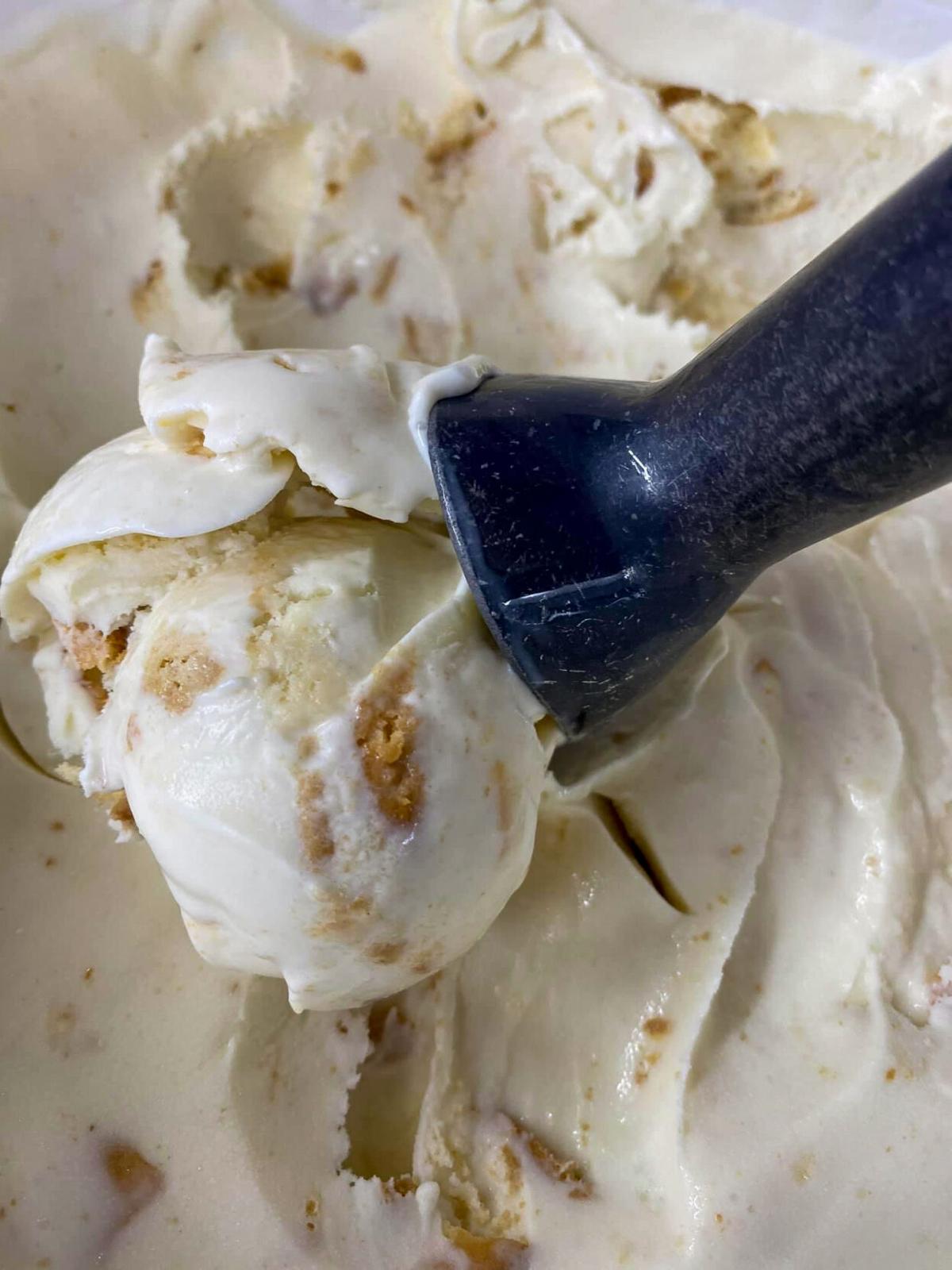 Chief ice cream will soon be offered in Granger. 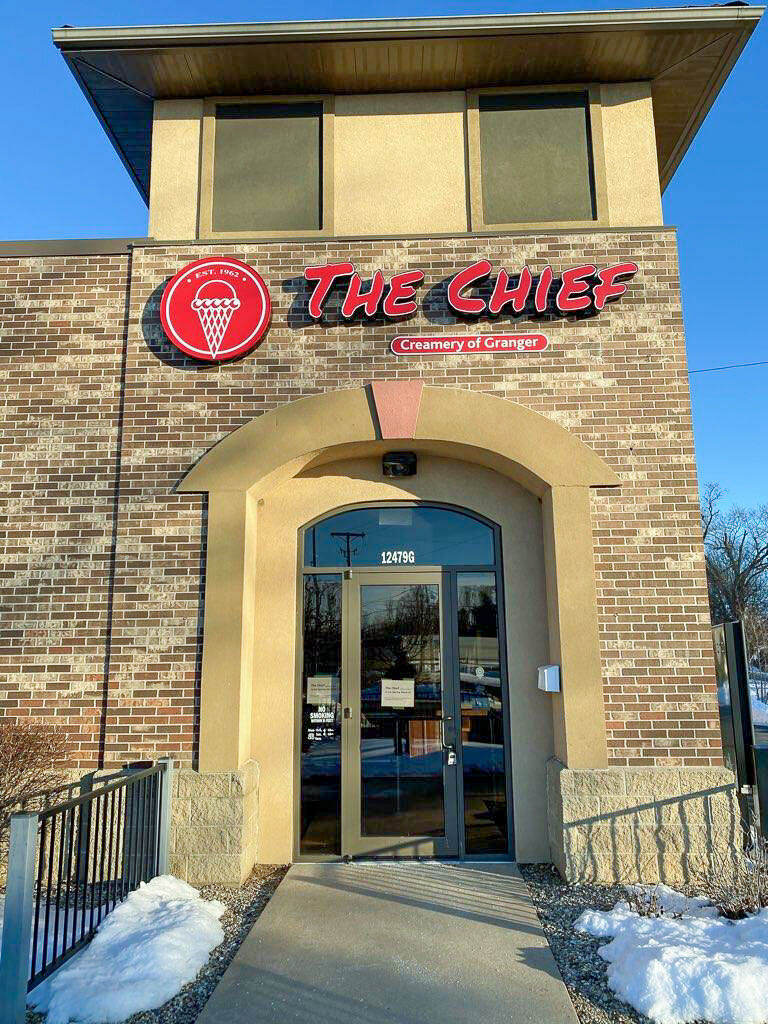 The Chief's new location in downtown Granger will open in late March. 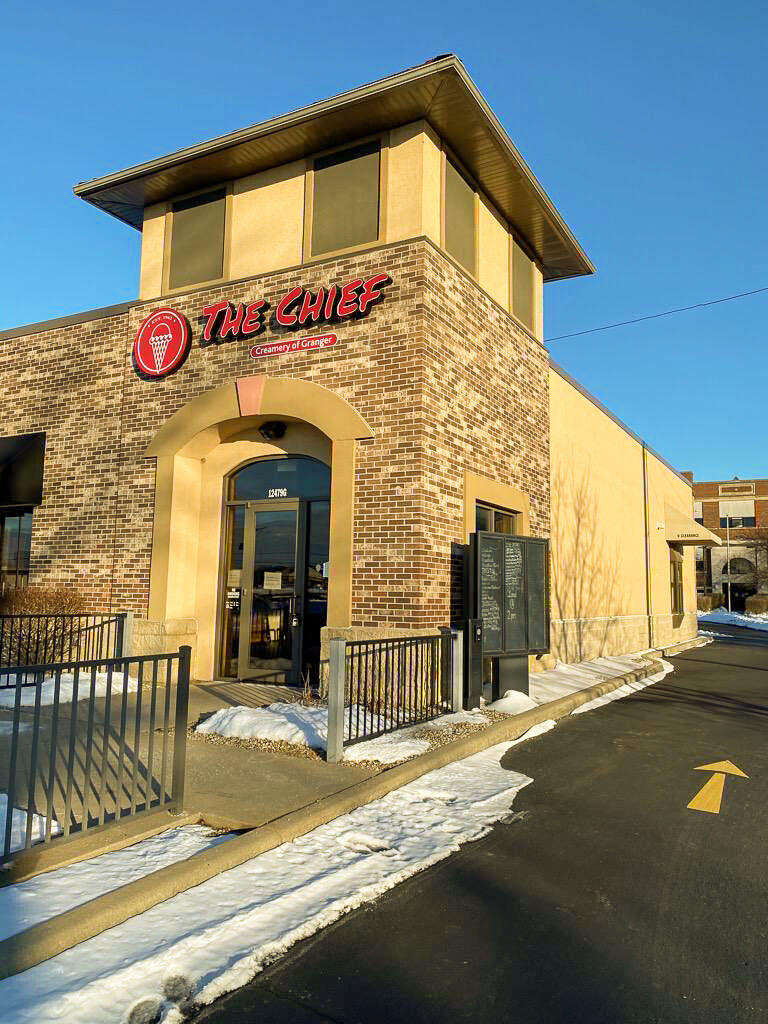 The second location of The Chief will have a drive-through. 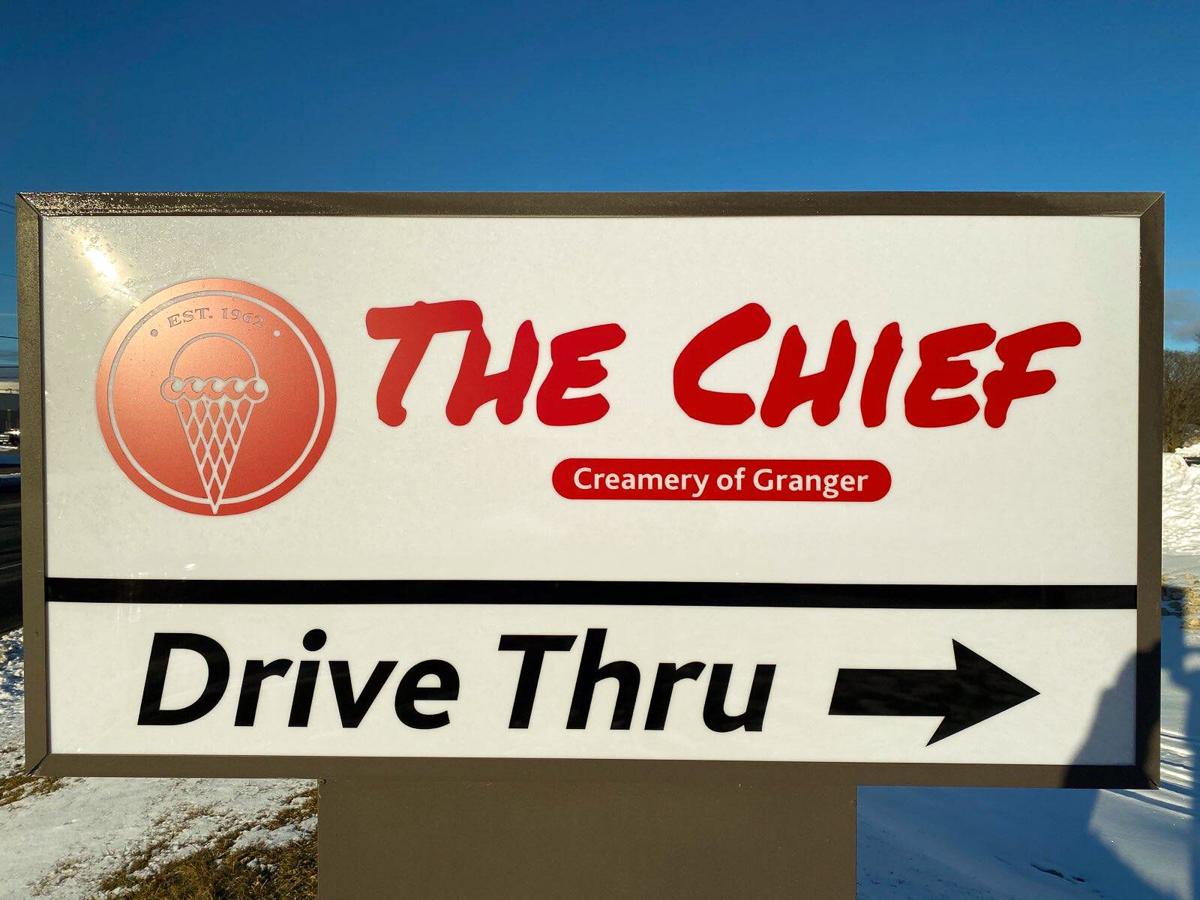 Granger residents will be able to enjoy The Chief without driving to Goshen.

Ice cream from The Chief will soon be offered in Granger.

Tracy and Chad Klopfenstein are owners of The Chief, which is expanding to Granger.

This shot from the summer of 2018 shows customers waiting at 502 W. Lincoln Ave., Goshen.

Chief ice cream will soon be offered in Granger.

The Chief's new location in downtown Granger will open in late March.

The second location of The Chief will have a drive-through.

Granger residents will be able to enjoy The Chief without driving to Goshen.

After nearly 60 years of serving ice cream from a small block building in Goshen, The Chief will have a second location.

The new storefront in Granger is just one of the changes happening with the iconic ice cream stand. Moving and expanding production, taking over full ownership and navigating the pandemic were all parts that had to come together for it to happen.

When Chad and Tracy Klopfenstein bought into the business three years ago, they had plans to expand. The pandemic almost delayed it, but they have been able to orchestrate the expansion to 12479 Adams Road, Granger, in the former Bevi Bistro location.

The new owners were careful not to make hasty or drastic changes. Yet over time, they’ve been able to make some that make the business sustainable for another generation.

For years, the ice cream was made seven days a week in the back of the small building from which it was also sold. The antique churn was maintained in pristine condition. Ice cream mix with a dose of butterfat and sugar went in a funnel and ice cream flowed out the other side into containers.

In order to grow, production had to move elsewhere, Chad said. The Klopfensteins made arrangements to move production to the nearby Dutch Maid Bakery, which had production and freezer space. Moving the ice cream machine and storage meant that ice cream only had to be made five days a week rather than seven and that could still support a second location.

Yet the exciting part is that Chad is an engineer and used those skills to create a replica of the old mixer.

He made a 3D scan of the screw that runs through the middle of the machine and made a second one. He took measurements of the rest of the machine and, with a few assumptions, created a second machine. “We’re trying to get two of them going,” he said.

At the end of last season, they made ice cream with both machines and fed it to friends. The taste test was a draw, indicating that with some tweaks they may have a second operational machine.

“We can’t tell the difference,” Tracy said of the ice cream produced so far by the two machines.

In addition to their 15 usual flavors, they’ll offer more special flavors at a time this year. Both locations will have four special flavors at a time rather than just two. There will also be two dairy-free and two sugar-free options at any given time. In the past, The Chief offered one of each and a frozen yogurt, made by others. The hot food options at both locations are likely to expand from the past as well with more toppings for hot dogs or sloppy joes.

The Klopfensteins dispensed with the styrofoam containers used to sell pints and turned to paper with an updated logo. This year, they’re hoping to have paper cups for the shakes as well. I’m glad to see the foam containers, which often tore during dipping at home, are in the past.

In Goshen, people could line up outside the stand at 502 W. Lincoln Avenue and get their ice cream last year. As their trusted employees, wearing masks and gloves, dipped and served ice cream. Meanwhile, the Klopfensteins were scouting other locations. They considered Shipshewana, but kept looking because of how tourism dipped there in 2020. There were options in South Bend and Syracuse, but they ended up in downtown Granger and will have a drive-through.

The Chief will offer its ice cream near a new Vanilla Bean Creamery, Paddy Shack and Culver’s, but the Klopfensteins believe that they’ll still have plenty of business. “I really do believe there are enough people there and people will develop their favorites,” Tracy said.

The Chief has gotten state and national attention for its ice cream but what matters most is the local attention from people willing to line up and pay a bit for the product that has delighted and created memories for nearly three generations. Now even more will get to make memories with ice cream from The Chief.

The new location is expected to open March 26 and the Goshen location on April 14.

Marshall V. King is a Goshen-based writer and journalist.