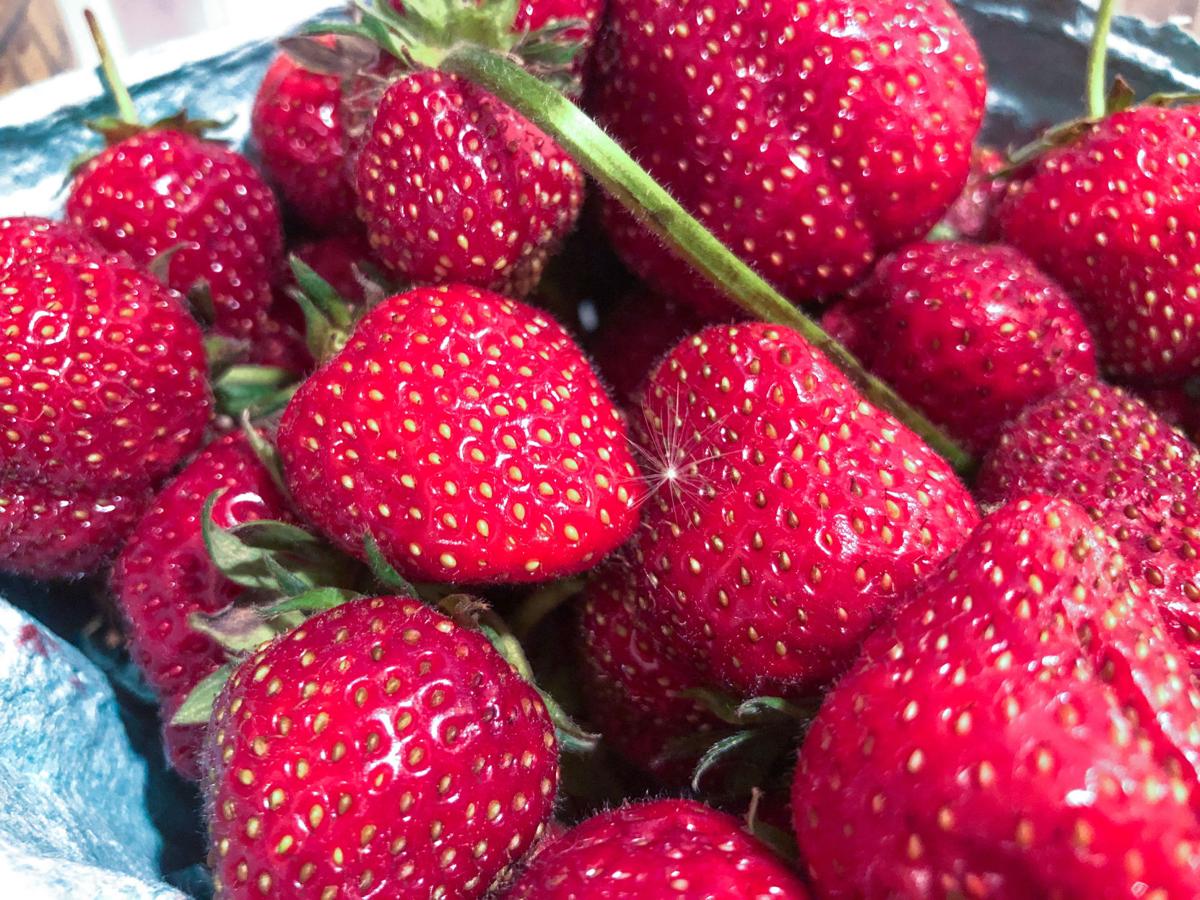 A lot of us are enjoying fresh, local strawberries right now. 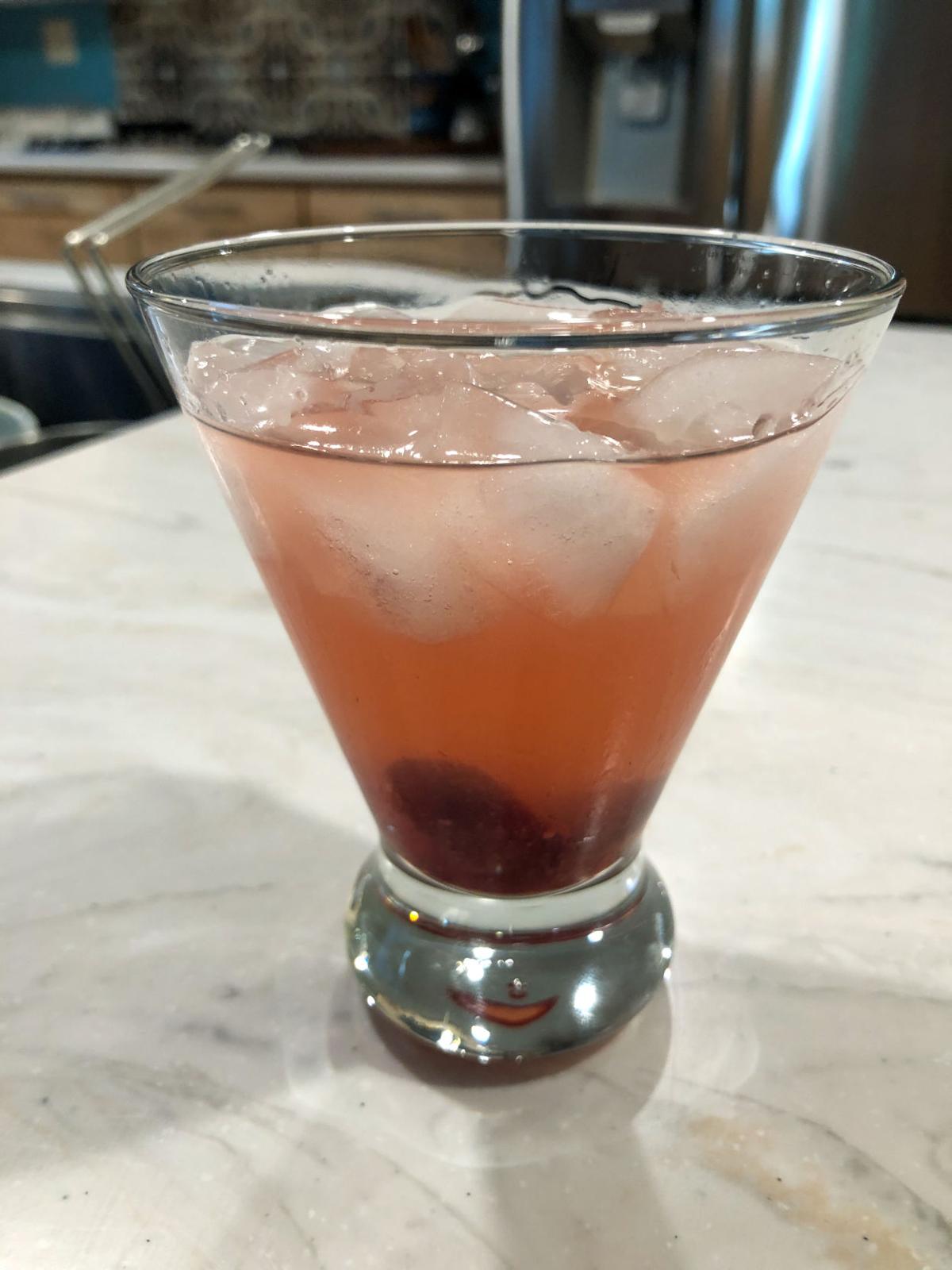 Strawberry syrup can add to a cocktail. 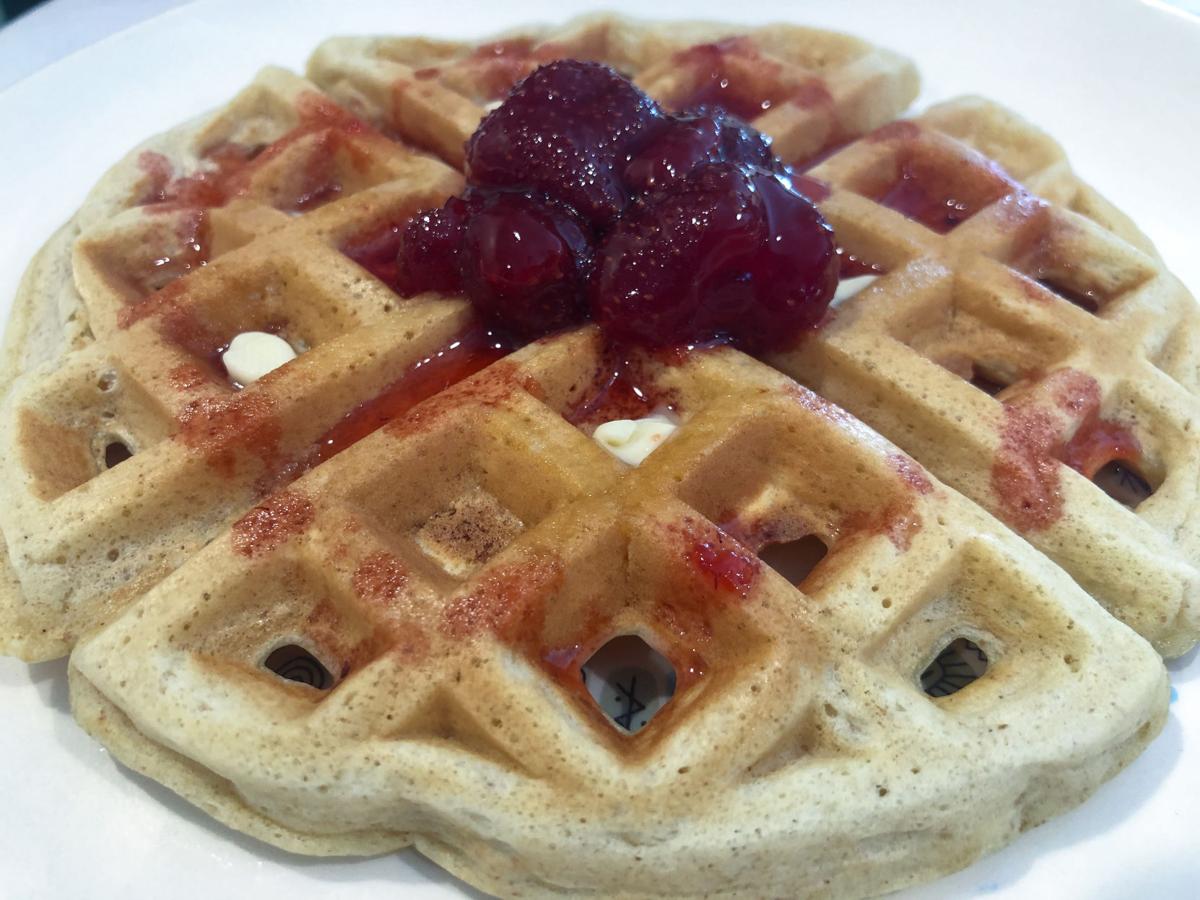 Strawberry syrup, however it came to be, makes a waffle better. 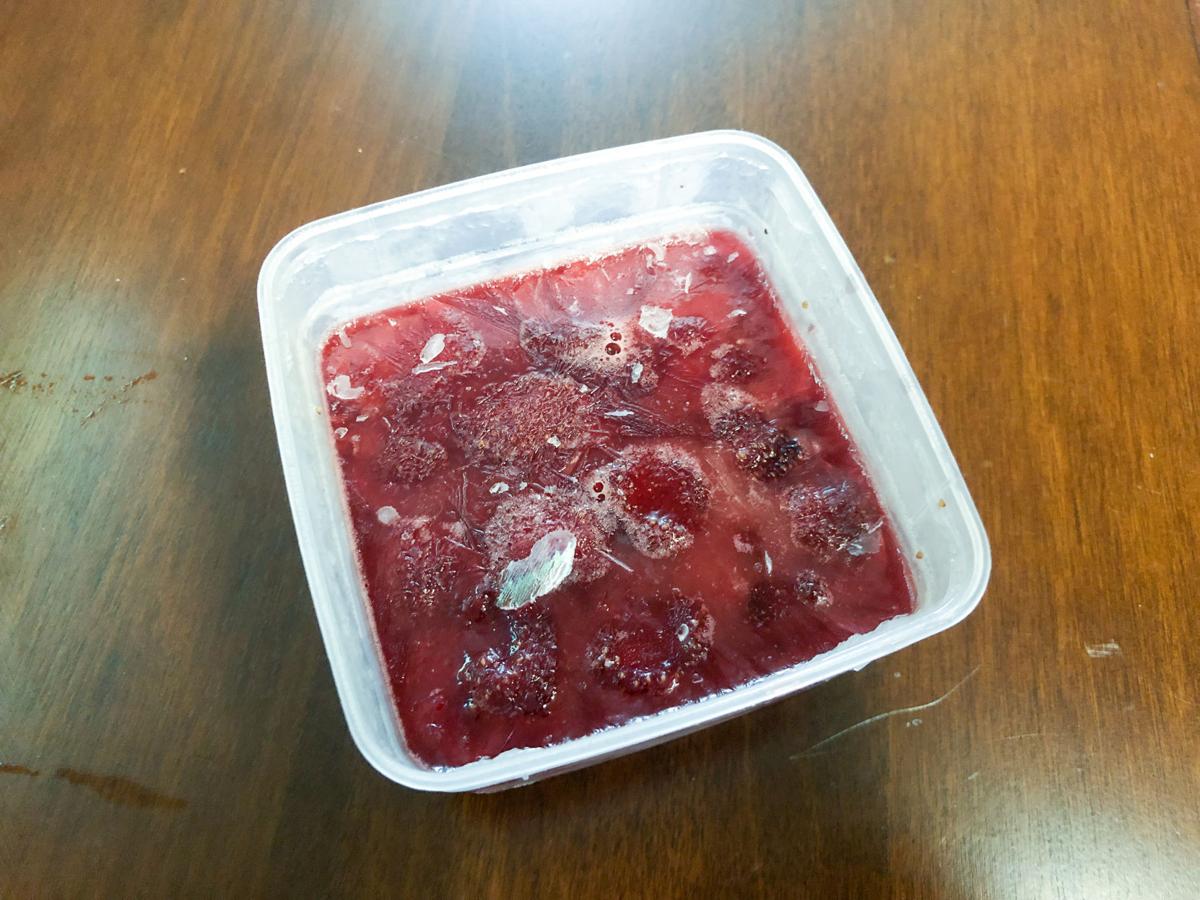 Marshall King now has a large supply of strawberry syrup in his freezer.

A lot of us are enjoying fresh, local strawberries right now.

Strawberry syrup can add to a cocktail.

Strawberry syrup, however it came to be, makes a waffle better.

Marshall King now has a large supply of strawberry syrup in his freezer.

The local strawberry, picked at the peak of ripeness, really doesn’t have a parallel.

For much of the year, if we eat fresh strawberries, they come from California or Florida. The soft berries that are picked and shipped must survive the long trips and are like the difference between a silk flower and a real one. They both serve a purpose, but one is far more lovely than the other.

The local strawberry season arrived late this year. Several spells of cold weather this spring delayed a lot of things budding and sprouting from the ground by two weeks to a month in Elkhart County.

In this odd season of quarantine and then all of us venturing out slowly like groundhogs looking for the sun, spring finally arrived and now summer. With it has come the strawberries and soon the blueberries and sweet corn.

We look forward to these seasons in any year, but this year they seem even more important. The Yoder’s u-pick strawberry patch along 15th Street in Goshen has been busy. Others of us head to a local farm market or roadside stand to get our quarts or collection of eight quarts in a flat.

After procuring some lovely strawberries recently at Shirk’s Farm Market, I spent a Friday night and Saturday trying to stop time. I worked to use the strawberries at the peak of their freshness and flavor in ways that would prolong the moment.

Most of us make jam to do this. Sugar, fruit and pectin come together to create a gel that captures the flavor. Store-bought strawberry jam isn’t the same as that which we make at home. I went searching for a recipe that would add another note to the strawberry jam I wanted to make, but couldn’t find much. Food writer John Thorne has a recipe in which you set strawberries and sugar outside in the sun under cheesecloth for several days to make jam. I found a recipe for no-cook strawberry jam in a cookbook I schlepped home from Ireland in 2008. Darina Allen, at one time the Rachael Ray of Ireland, and Myrtle “Mummy” Allen, her mother-in-law who has been called the Julia Child of Ireland, call for mixing the strawberries and sugar overnight and then cooking to make jam without pectin, which we most often buy in the United States as “Sure-Jell.” (A strawberry even serves as the hyphen in the name on some boxes.)

I added sugar to cleaned strawberries in a big bowl and let them sit overnight with some fresh lemon juice. The next morning I put them on a burner to cook. It didn’t thicken like Mummy Allen had promised it would. I went to the grocery store and got some pectin. The Sure Jell powder was gone, but there was Certo liquid pectin. I got the mixture up to boiling and added it, but it never gelled.

I put it in containers and cooled the mixture. No luck. Turning fruit into jam isn’t haphazard. It’s a balancing act dependent on proportions and science. I have no interest in making excuses for why it didn’t work. It just didn’t.

Sometimes things don’t work out. Sometimes they don’t happen as we expect. Take for instance just about everything right now. Where we are as a region and as a country with rising confirmed cases of COVID-19 isn’t what we expected or hoped for. Too many of us haven’t listened to scientists or taken precautions, such as wearing a mask, to keep the virus from spreading.

So though I failed at making jam, what I ended up with was a big batch of delicious strawberry sauce. It captured the full strawberry flavor. It just won’t work very well to put it on a piece of homemade bread.

Experimenting with the syrup is going better than trying to hack jam-making.

It turns out that strawberry syrup is really good in a cocktail with gin, limoncello and soda water. And it works fabulously on waffles made with leftover sourdough starter. It’s sublime on ice cream and this is the time of year when I’m most likely to be eating ice cream.

So the epic jam fail didn’t turn out so bad. I’ve learned some things. I had to do something differently than I expected. I hope that all of us together can learn in the same way about this strange virus and figure out how to combat its spread.