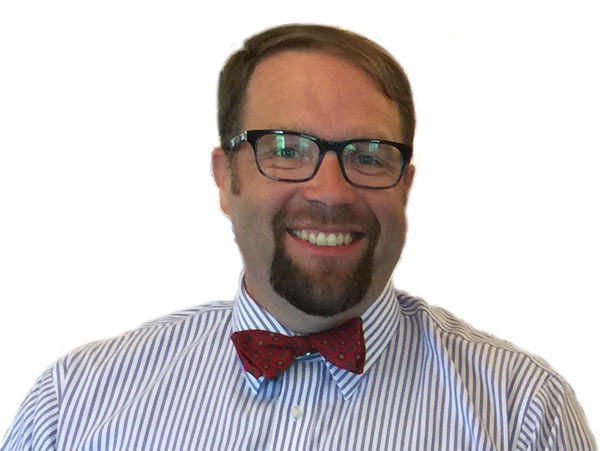 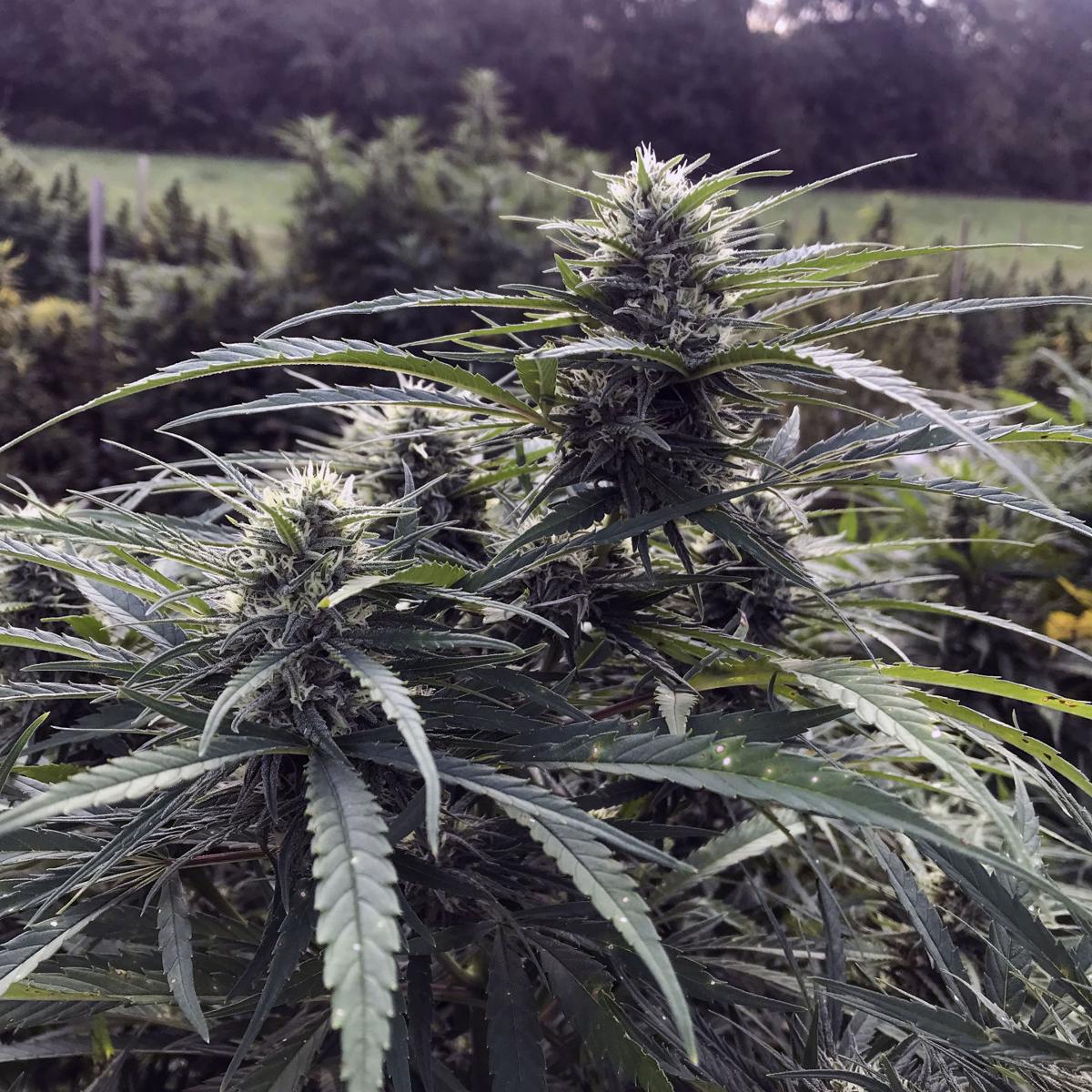 Hemp plants look a lot like marijuana, but are being grown in Indiana legally. 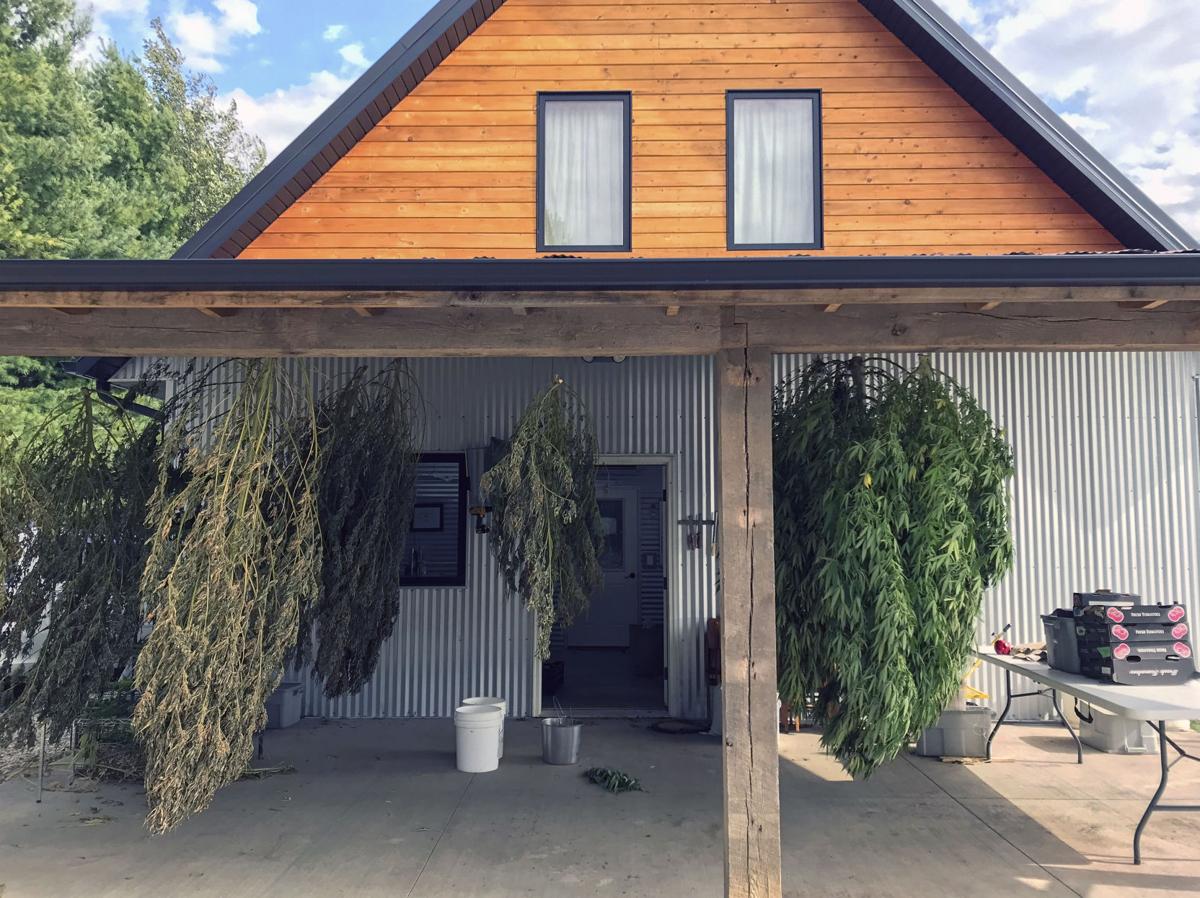 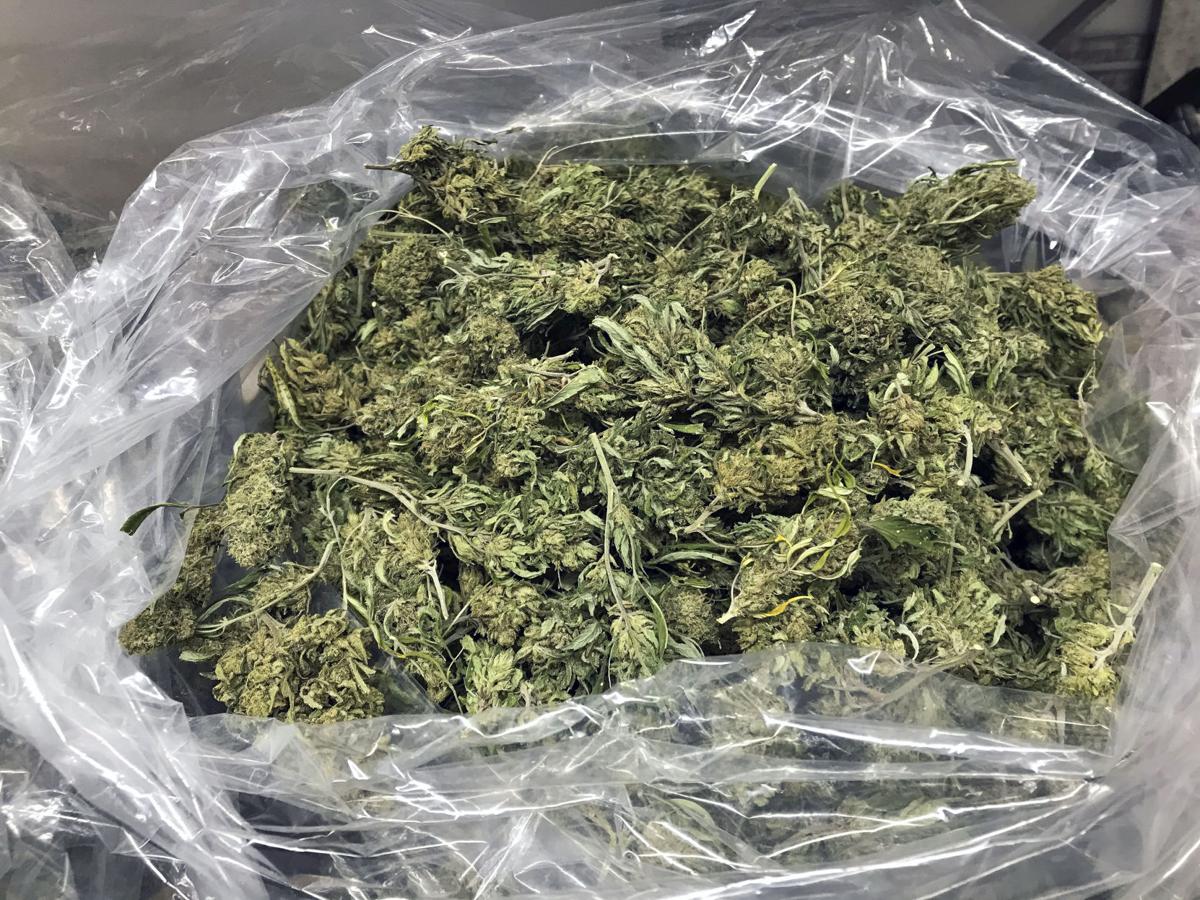 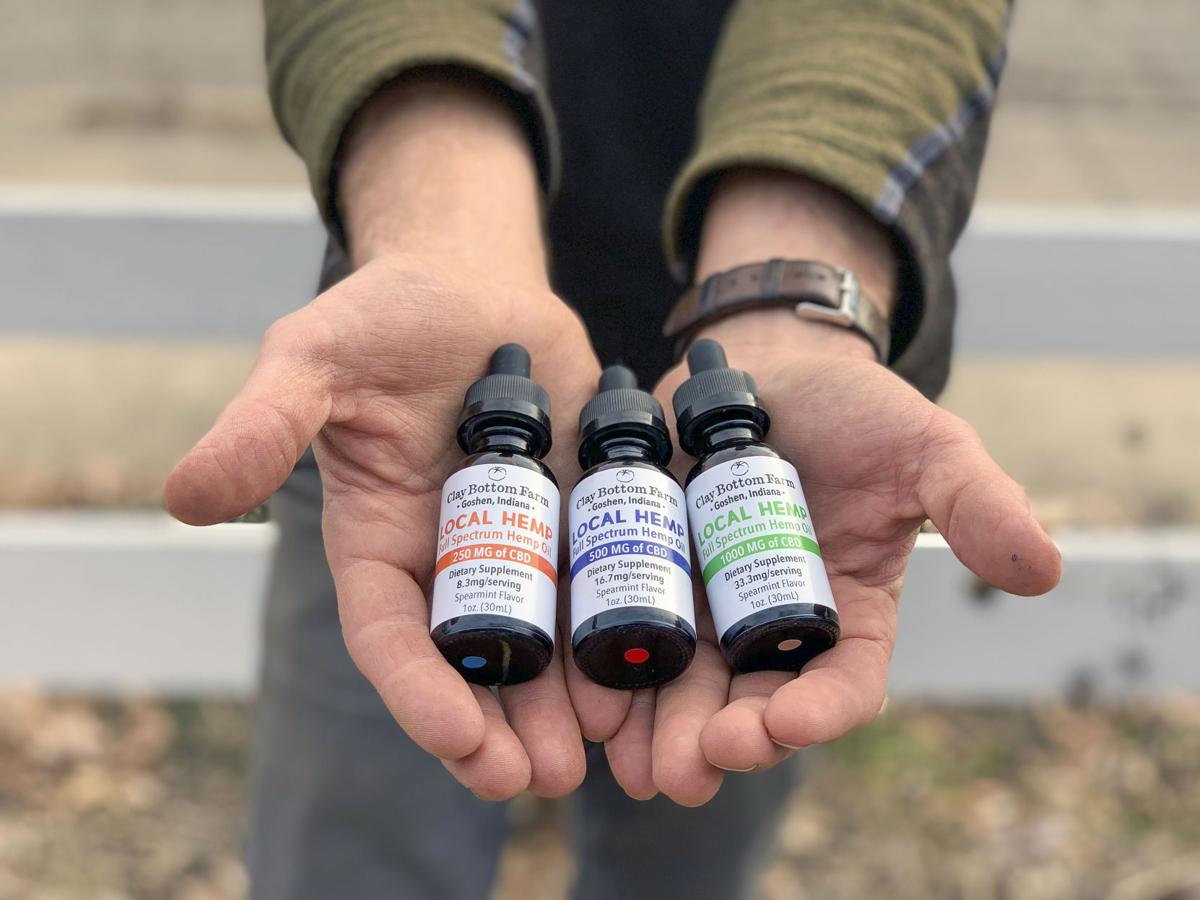 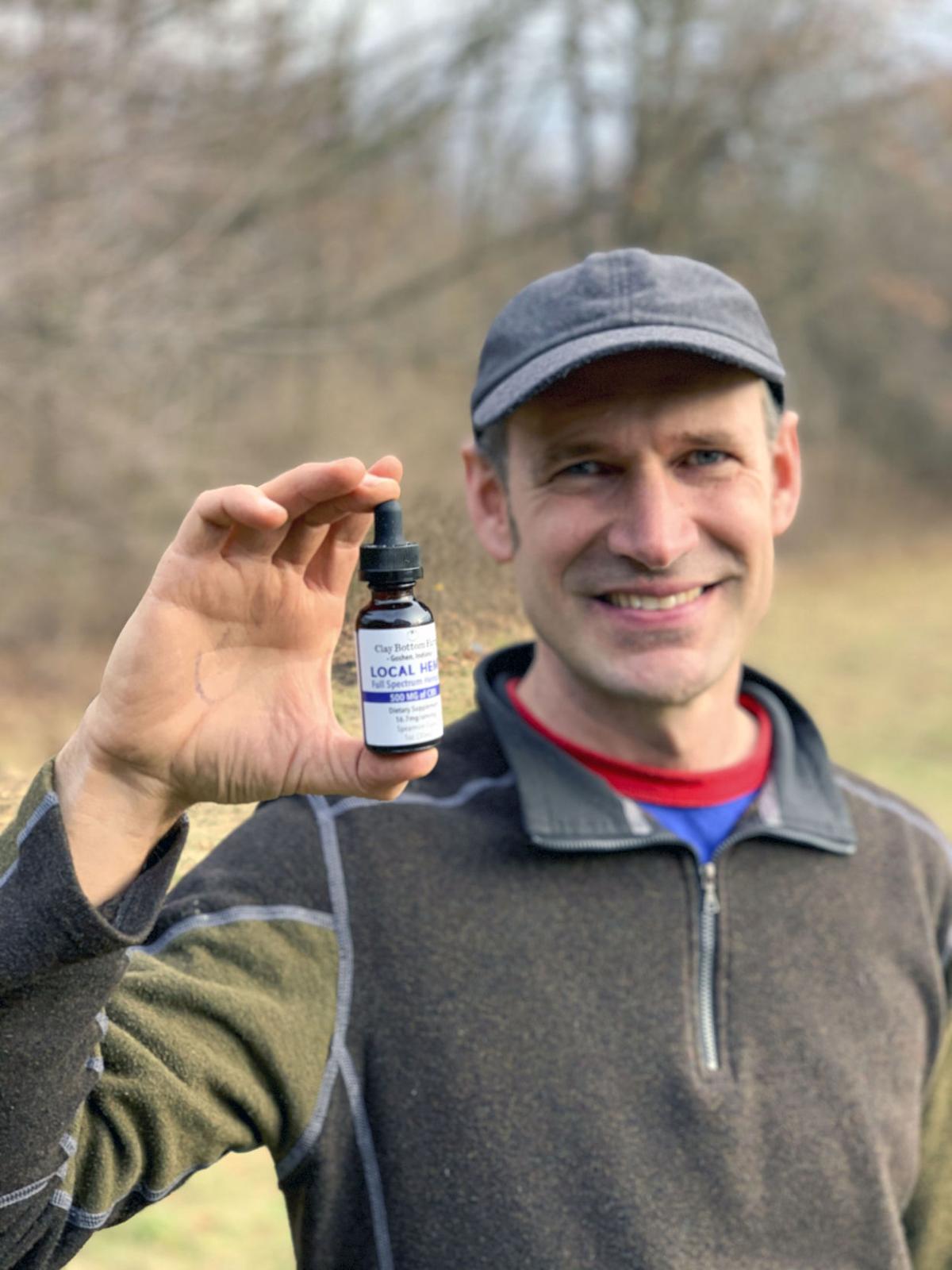 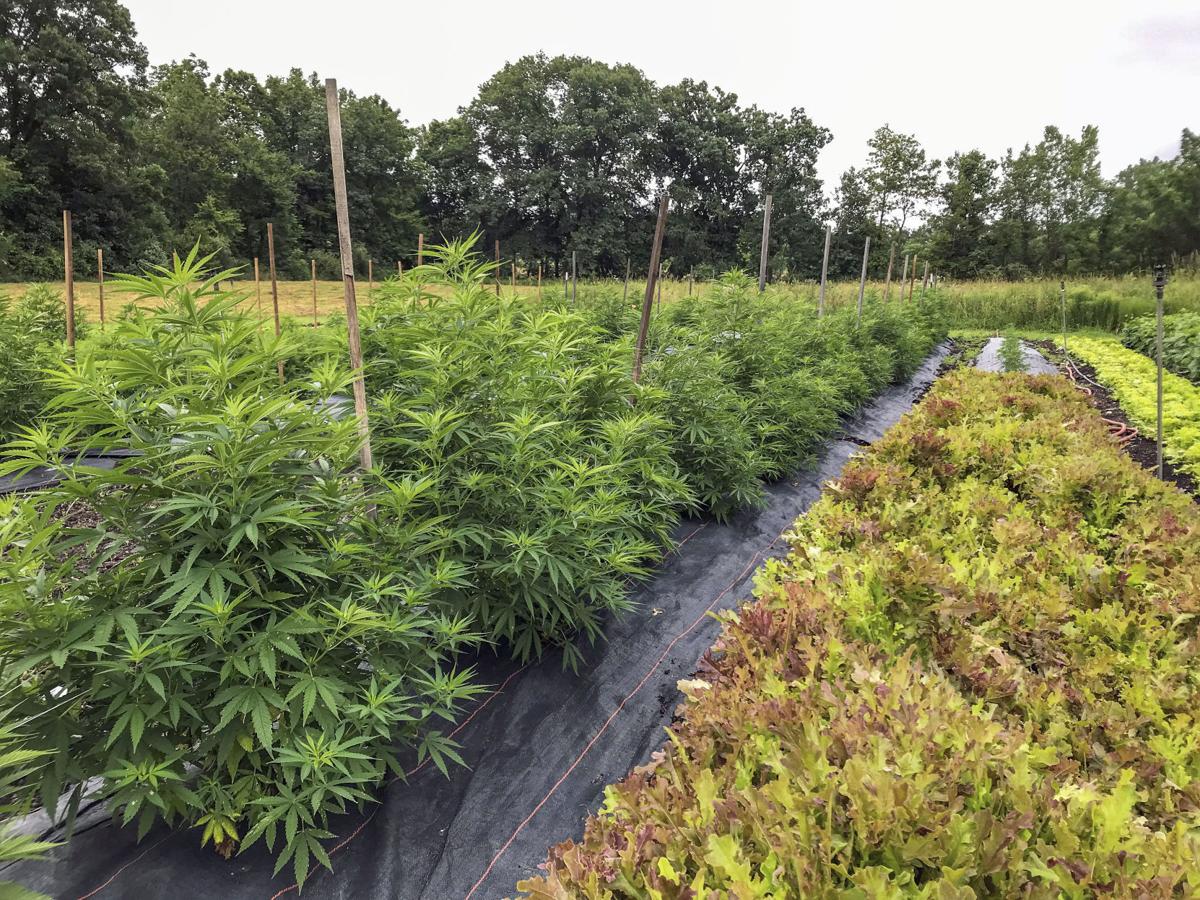 Hemp plants look a lot like marijuana, but are being grown in Indiana legally.

As a farmer, Ben Hartman didn’t imagine that he would come to know Indiana’s marijuana eradication officer well or that Indiana State Police officers would need to inspect his farm.

They weren’t there to look at the tomatoes. Hartman, with his wife Rachel Hershberger, raised a crop of industrial hemp this summer and fall. It was legal, but there were a number of checks to make sure he was complying with what state and federal laws required.

Hartman says he’s among the first to grow industrial hemp, resulting in hemp oil for sale in Indiana, since World War II.

This isn’t marijuana, though it’s in the same family. This isn’t even CBD, as cannabidiol products are commonly called as they’re offered what seems like everywhere but churches and school cafeterias.

Hartman and Hershberger grow food, almost all of which is sold to restaurants and households within a few miles of their Clay Bottom Farm in Goshen. He’s written two books on lean farming practices, highlighting efficiency. When he learned from a newspaper article that Indiana farmers could grow legally industrial hemp as long as they were part of a research proposal, he applied for a license.

He believed there’s a local market for hemp oil based on what’s happened at Maple City Market, a customer-owned cooperative in Goshen that has been offering CBD products for several years and where Clay Bottom sells its greens, tomatoes and other products.

As he does, Hartman did his research and has navigated state requirements, testing and finding someone to process the plants into a consumable product.

“It’s been a long strange trip,” he said, paraphrasing a Grateful Dead song.

Hartman’s license arrived in May and he invested $2,000 in 100 plants to be put on a 10th of an acre. While the plants were growing, law enforcement came to assure that what was coming out of the ground didn’t produce too much tetrahydrocannabinol, the compound in the plant that makes you high.

Jeff Burbrink, a Purdue Extension educator in Elkhart County, helped Hartman as they encountered challenges, including how many insects love hemp plants. Purdue chemists and the Indiana State Chemist’s Office have all tested what Hartman grew. The final product tested at .11% THC, well below the state limit of .39%. You won’t get a buzz from the full-spectrum hemp oil, but people tout how it helps with pain relief and battling anxiety and sleeplessness.

Hartman said he got about 150 pounds of dried biomass from his crop this year. When he planted, that was selling for $40 a pound and now it’s below $10 because of how the market is getting flooded, including by Mennonites in Lancaster, Pennsylvania who are jumping into production.

Hartman found a processor in Michigan to turn the dried plants into oil and various products. Oil in varying strengths with a mint flavor, oil without the mint to give to pets and a muscle rub are all possible products. For now, they’ve delivered three strengths of oil to Maple City Market and Hartman is confident they’ll break even this year. He’s navigating how to plant again in the coming months for another crop.

Burbrink has seen farmers flock to hemp, as well as things such as mink and emus, and is concerned about them making investments they can’t afford to lose. The regulation of hemp is getting straightened out and how it’s grown and sold could change a lot in the next few years, he said.

A group of farmers in Millersburg and New Paris grew hemp this past summer and are working on a facility in New Paris to process it. They also helped with genetics and harvesting on farms in surrounding states, said Will Weaver, one of four current partners.

So far, only Hartman has a local product. There’s tremendous value in that. Knowing how he grows food and how hemp provides some assurance if you’re going to purchase such things. Maple City Market Manager Brad Alstrom said he’s never seen a product like CBD/Hemp oil in terms of how customers love and use it. Now Indiana makes it possible to grow and produce the oil.

“We’re excited to have a local provider of a popular dietary supplement. Congratulations to Clay Bottom Farm,” he said.