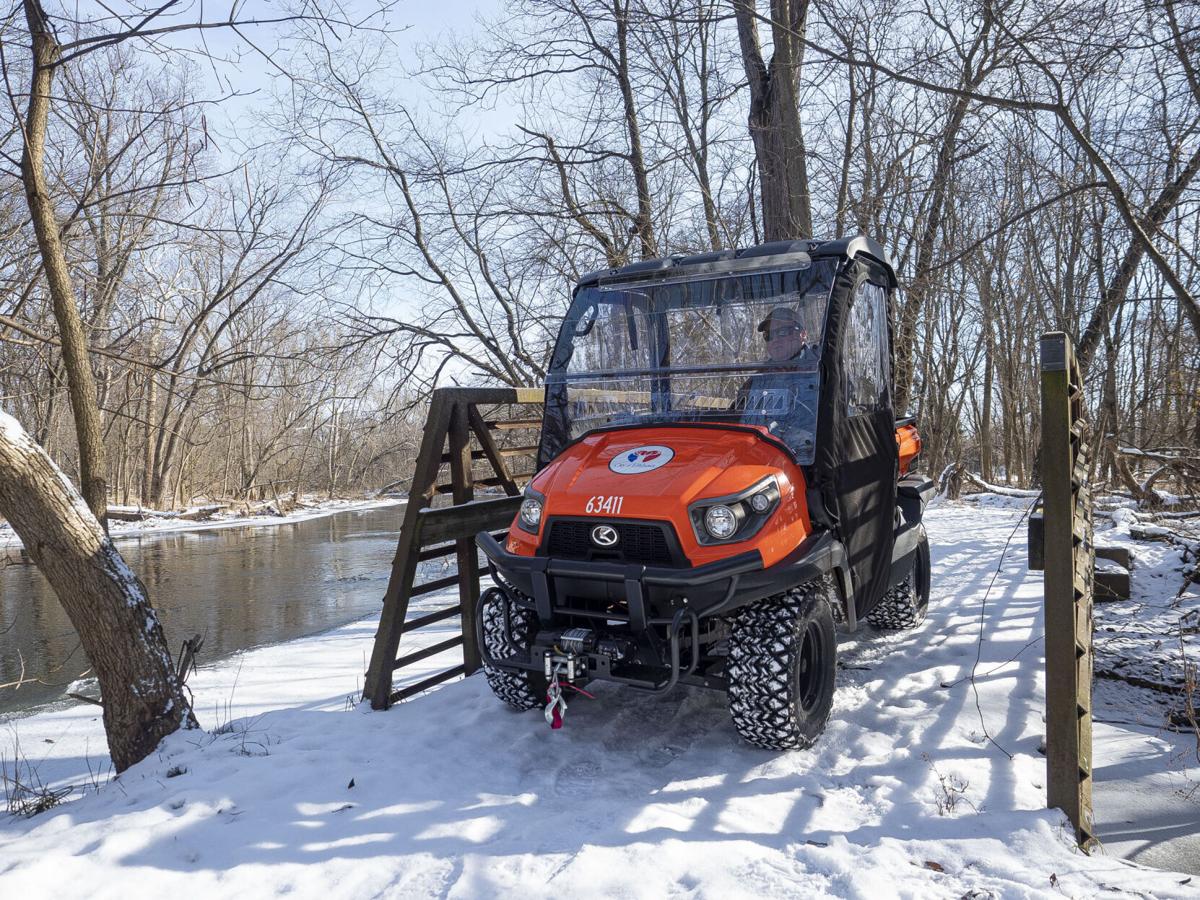 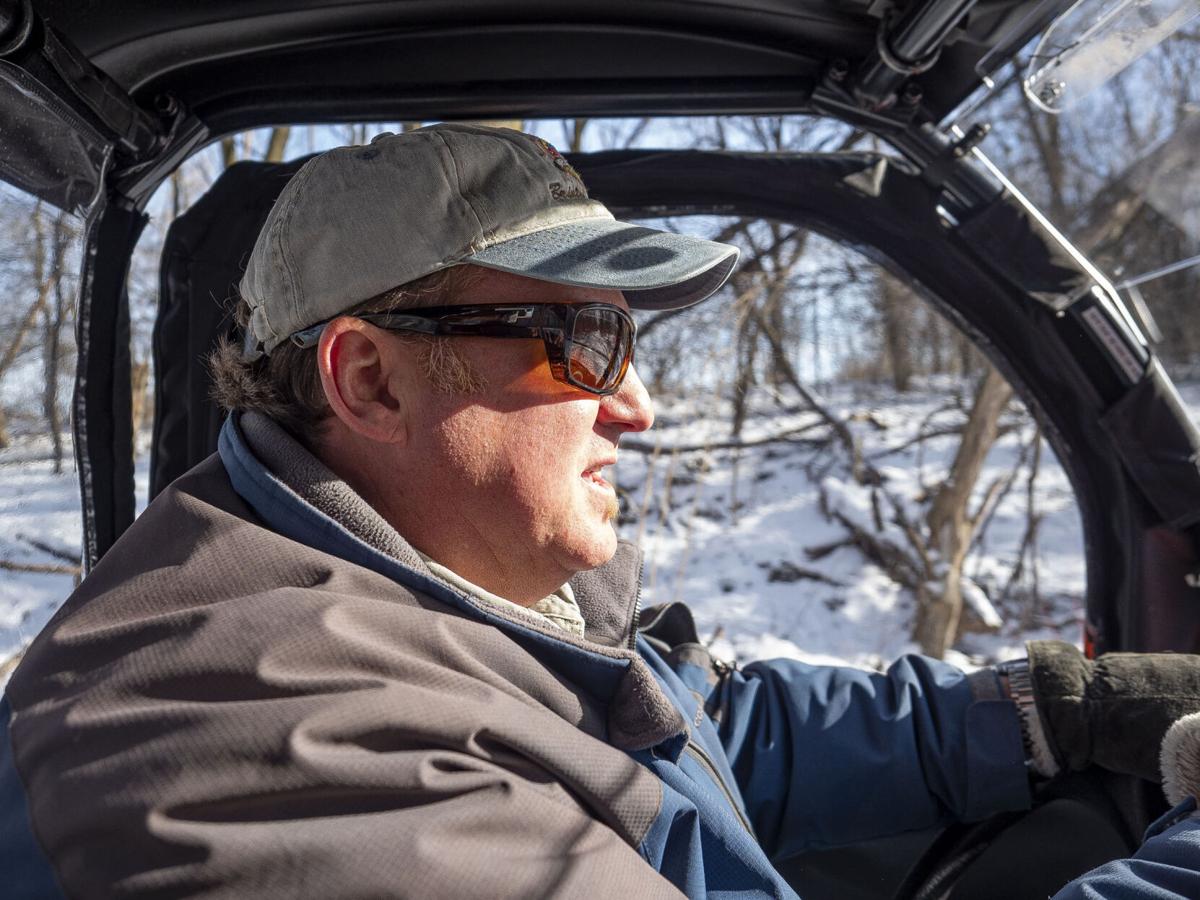 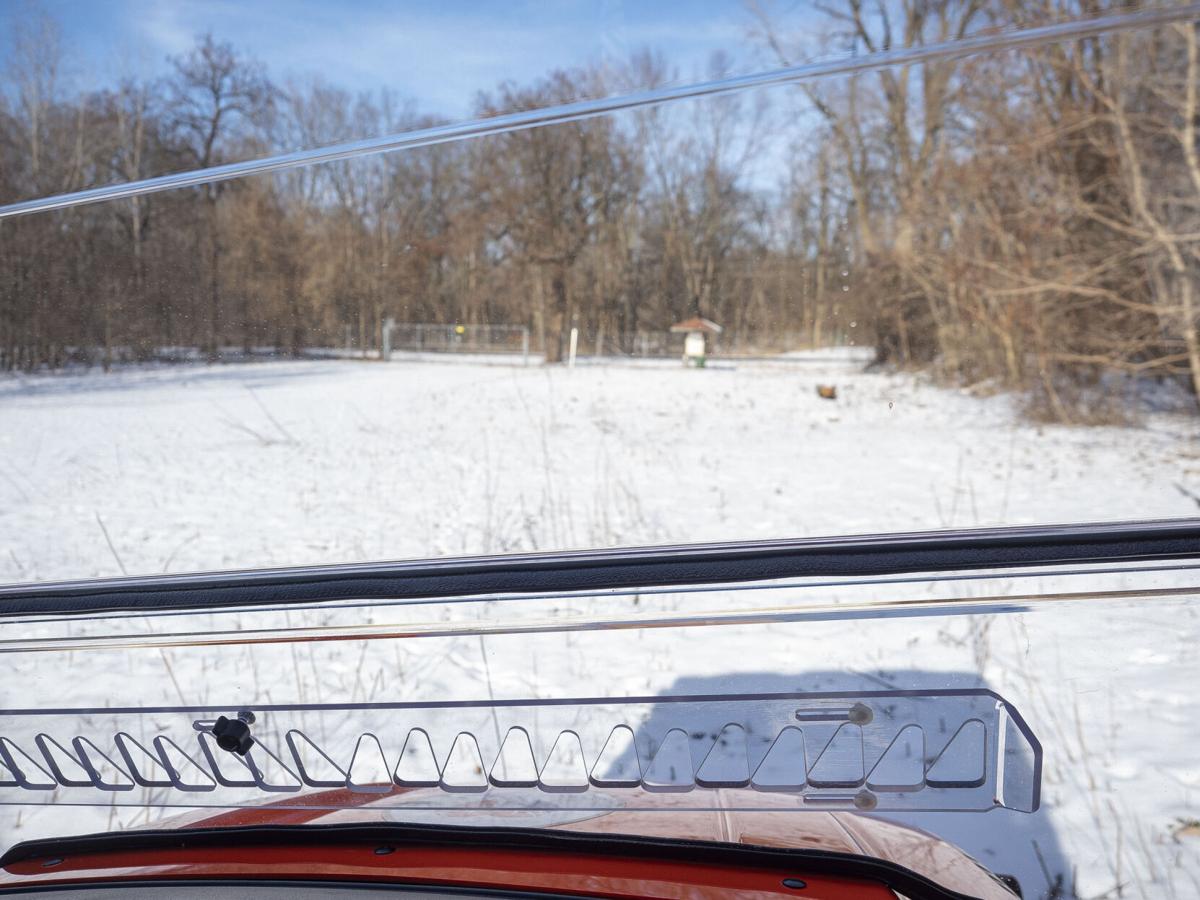 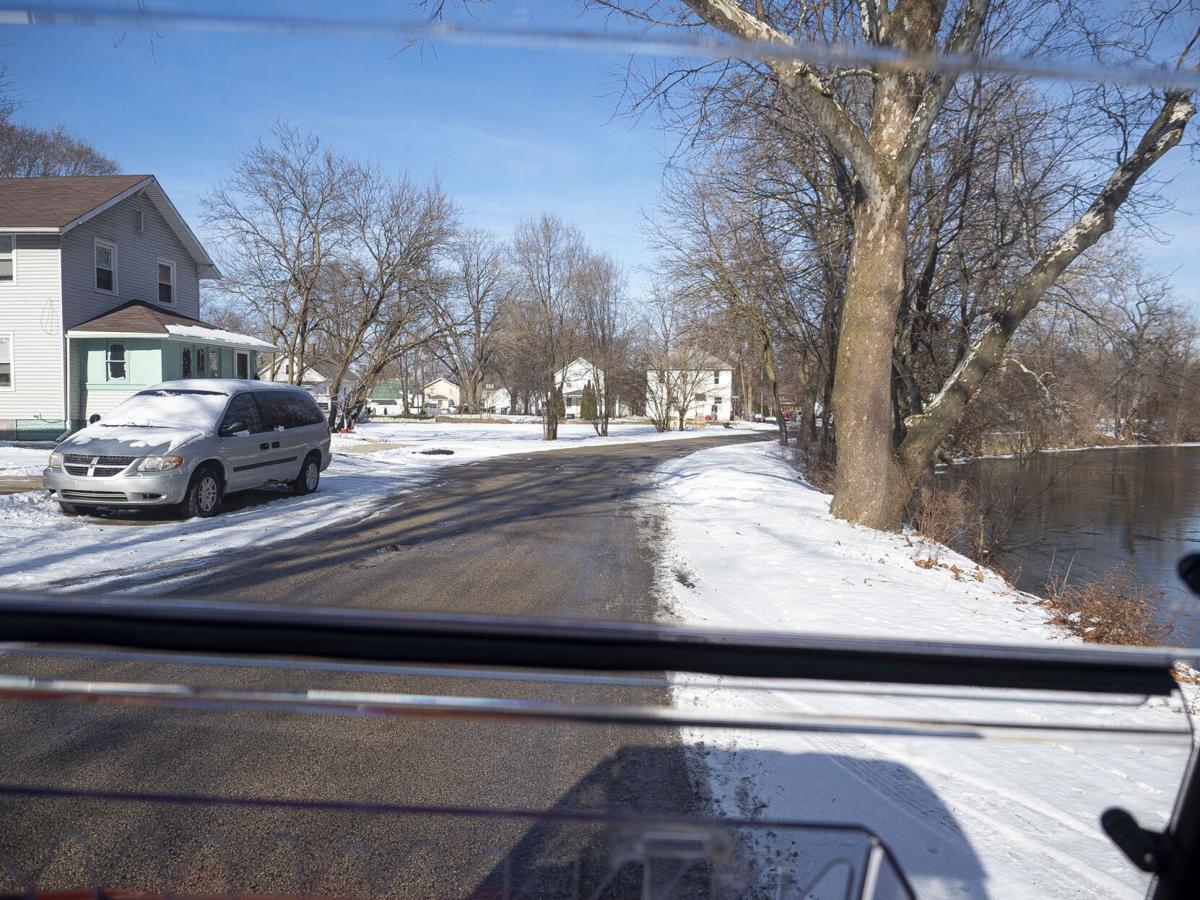 Jeff Zavatsky, director of the Elkhart Environmental Center, drives a Kubota off-road vehicle along Tipton Street where the River Greenway Trail will be continued in Elkhart on Tuesday. 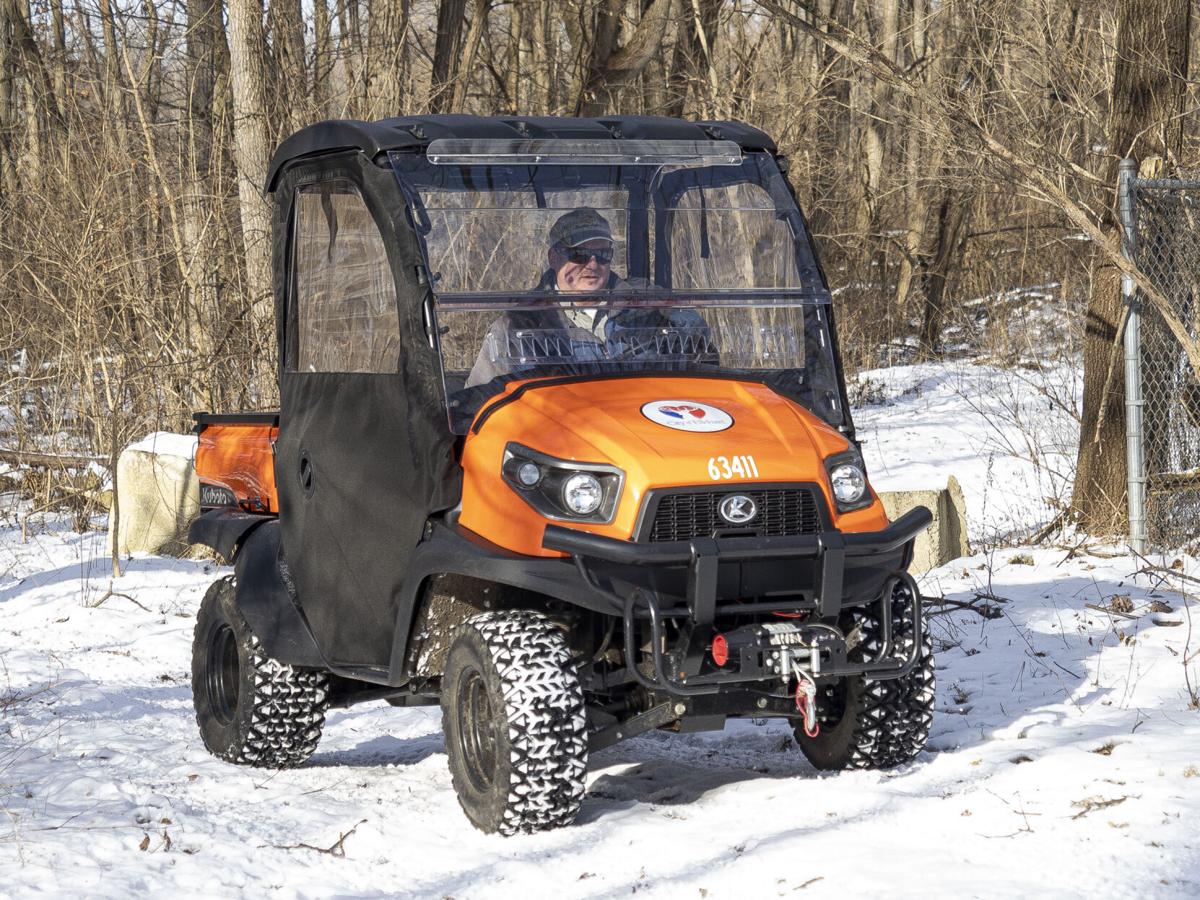 ELKHART — A major trail renovation project aimed at closing the gap between the Elkhart and Goshen trail systems could begin as early as this spring, according to officials close to the project.

Central to the project, known as the New River Greenway project, is a nearly $650,000 grant recently awarded to the city of Elkhart through the Indiana Department of Natural Resources’ Next Level Trails Grant Program.

According to Jeff Zavatsky, director of the Elkhart Environmental Center, officials with the city’s parks, engineering and community development departments put together a grant proposal for the funding back in 2019, and the grant was officially awarded to the city in the spring of 2021.

“The whole goal of the project is really to kind of connect Elkhart all the way to Goshen, and kind of close the gaps that we have as far as the few bike trails that we have, and trying to get bikes off the road and into a safer area,” Zavatsky said of the project. “The plan is basically to start in the Downtown River District and head all the way out through Studebaker Park, and then join the River Greenway Trail through Studebaker, come through the Elkhart Environmental Center, and then connect to the MapleHeart Trail at Hively Avenue.”

From there, Zavatsky said the trail system will eventually connect to the existing trail system at Ox Bow Park, through Goshen, and out to the Pumpkinvine Trail, providing a continuous link between Elkhart and Goshen.

As for the work itself, Zavatsky said most of the work will involve upgrades and improvements to already existing trails, rather than the creation of any new trails.

“Because right now some of it is just natural ground, some is rock, and once this is all finished, it’s all going to be asphalt,” Zavatsky said of the trail work. “So, it’s going to be a nice, hard surface. And being a hard surface, that also opens the trails for challenged people who can’t do the trails currently. So, senior citizens, people in wheelchairs, etc., will be able to experience this as well.

“But the bulk of the funds I believe are really going to be geared toward the downtown area, because you’re dealing with a city that already has streets and roads,” he added. “That’s going to be the toughest thing to do as far as coexisting with cars, and integrating everything.”

Speaking to the cost of the project, Zavatsky said the total estimated cost currently falls right around $963,000.

“The Elkhart Redevelopment Commission appropriated the matching money in 2019, so this project is fully funded,” Zavatsky added, noting that the remaining cost of the project not covered by the $642,000 grant will be covered by the city.

And to hear him talk about it, it’s obvious Zavatsky sees the project as worth every bit of its nearly $1 million price tag.

“I mean, you have to have more than a job to live,” Zavatsky said of the benefits a quality trail system can bring to a community. “For Elkhart, Goshen, the Michiana area, when you look at our unemployment numbers, we have the jobs. But there’s more to life than working. There’s a quality of life aspect to it. And we have a people issue. We don’t have enough people to fill these jobs.

“So, if we’re looking to get people to come here, it’s going to take more than a job. It’s good schools, it’s recreation, it’s activities, it’s what else can they do,” he added. “And this is another tool in the playbook of the politicians that they can offer, showing that we have more than just jobs here. We have a quality of life for you, your family and your kids that you can experience here in this area.”

Looking at the project’s timeline, Zavatsky said the city is currently in the process of wrapping up all the necessary permitting work, and the goal is to break ground on the project this spring.

“So, possibly as early as March,” he added, “and then the plan is to be completely wrapped up by the summer of 2023.” 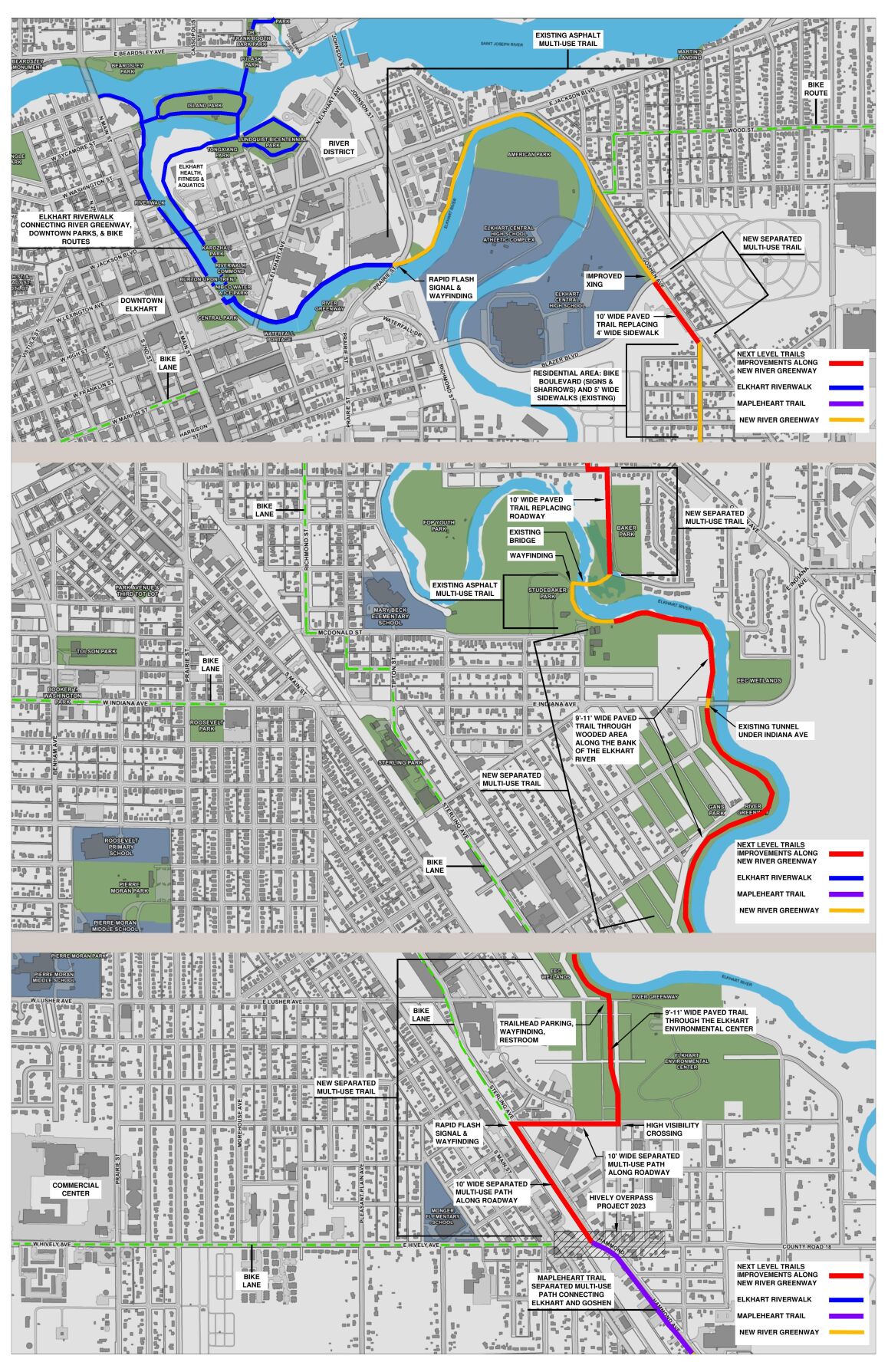