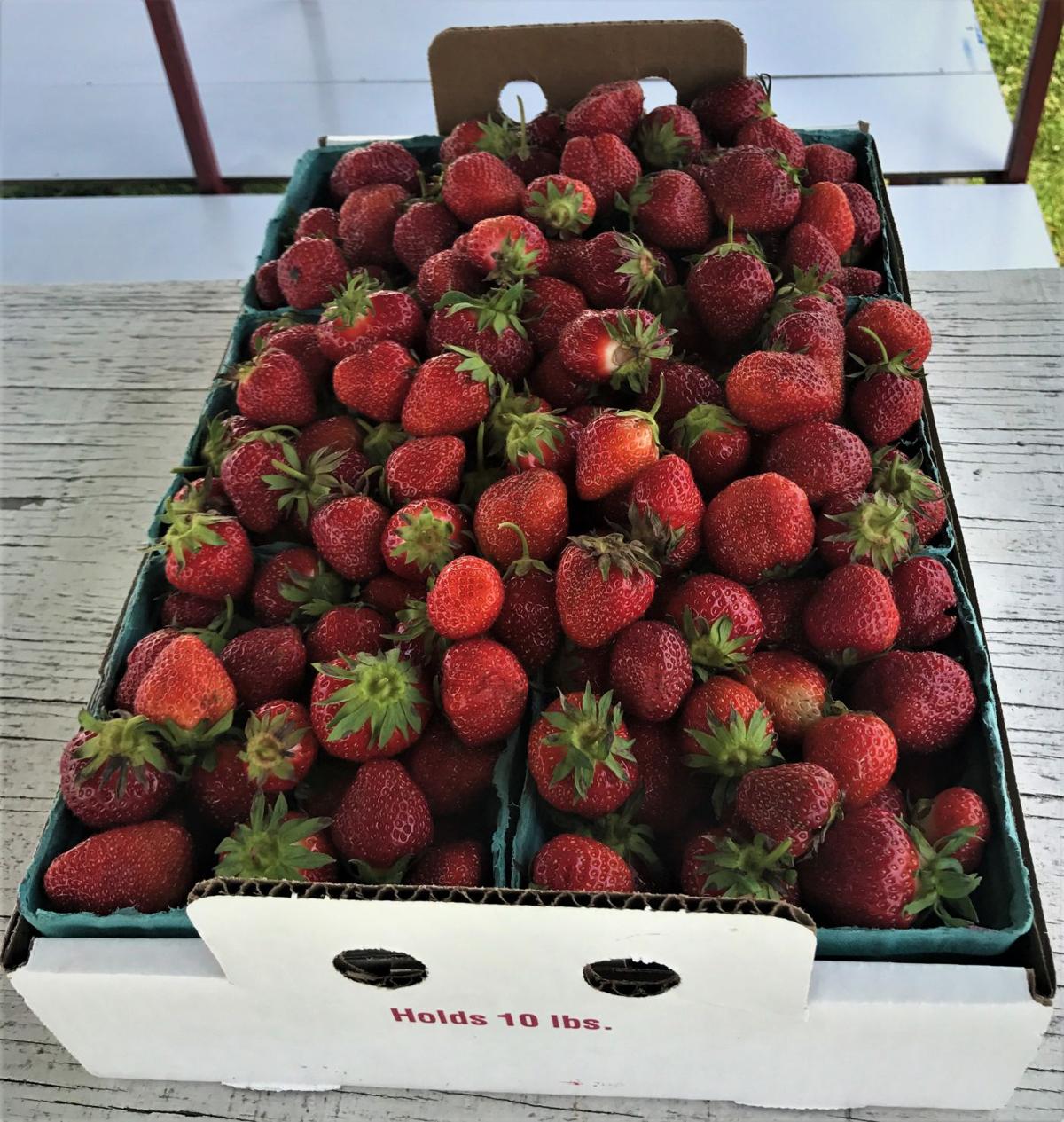 A flat of strawberries (6 quarts) is $20 at Mast Strawberry Farm. 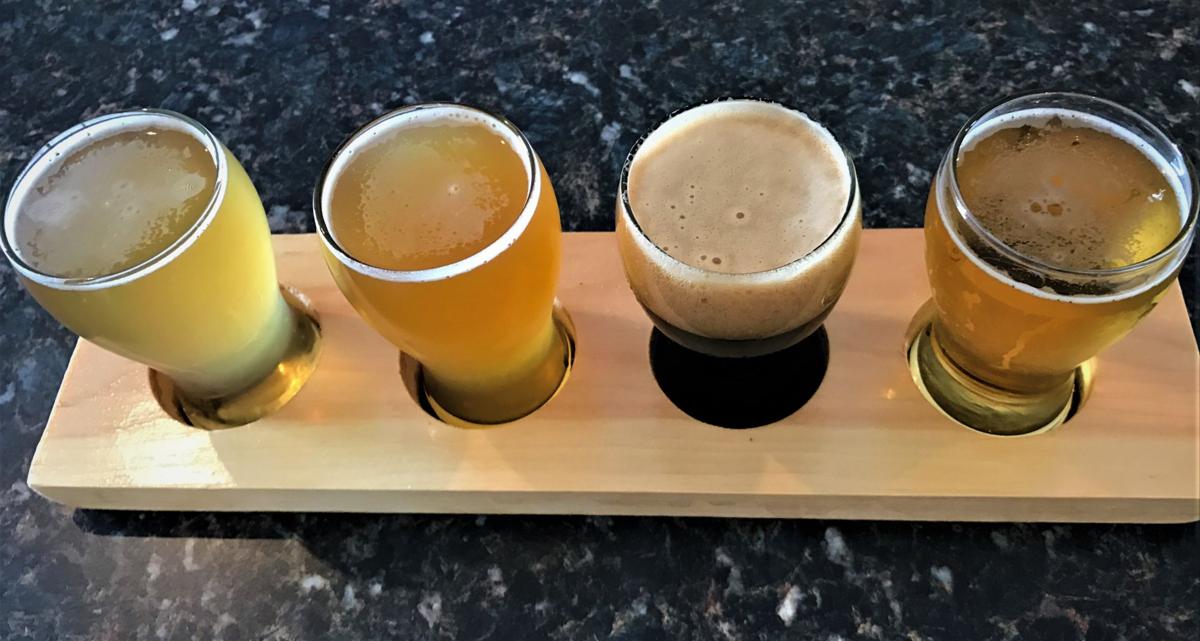 A flight of Harry Stuff beers is $10. 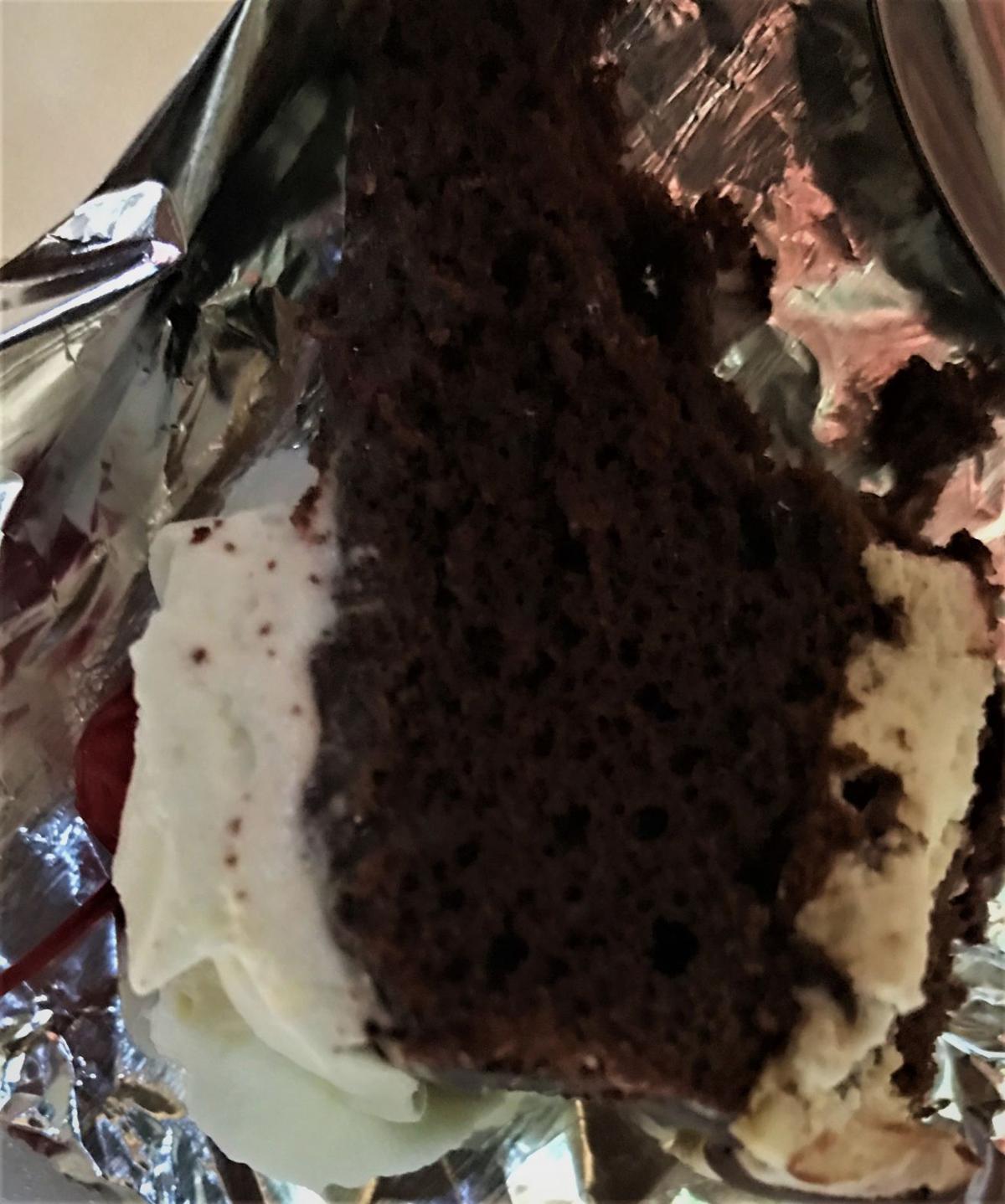 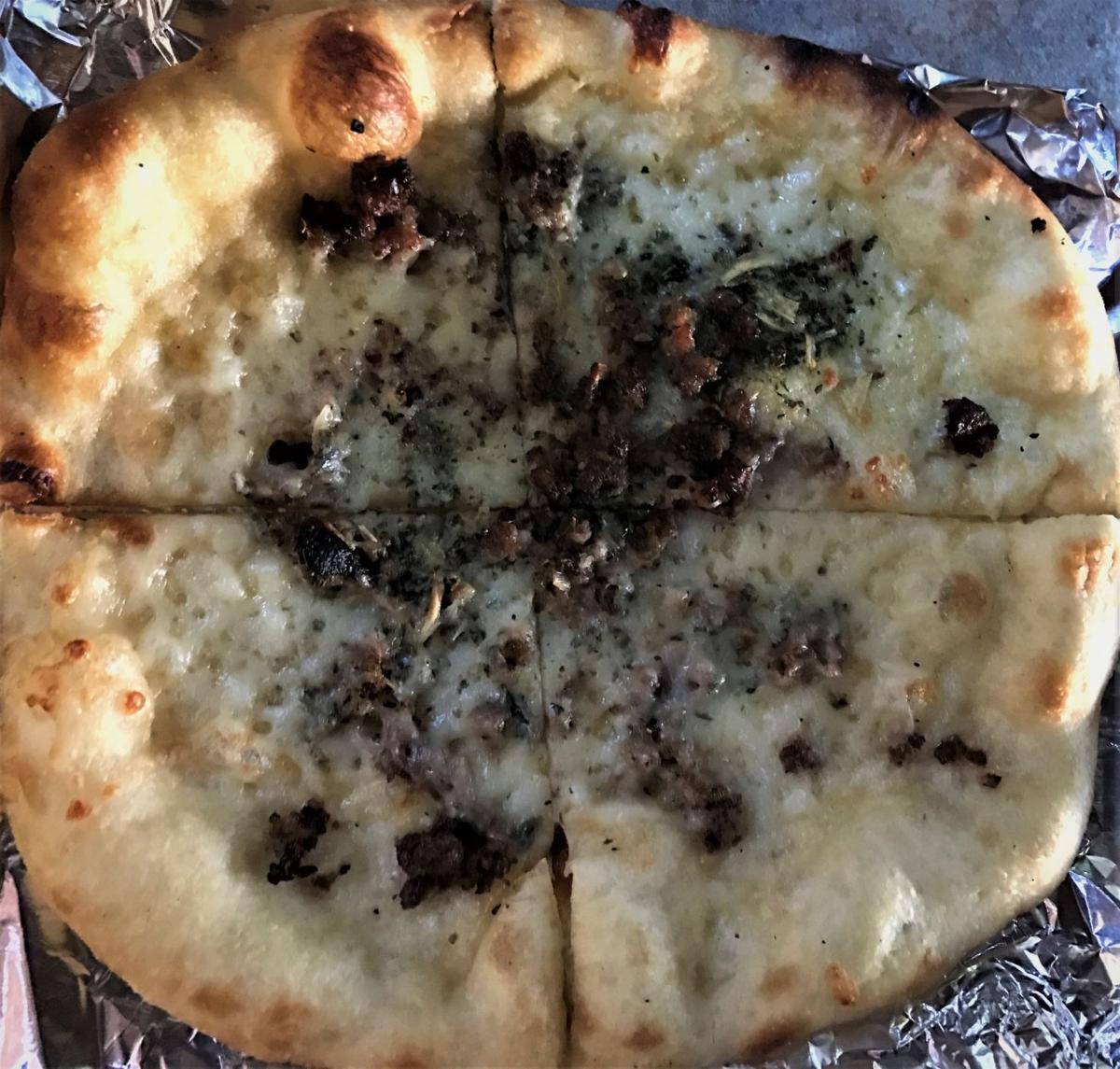 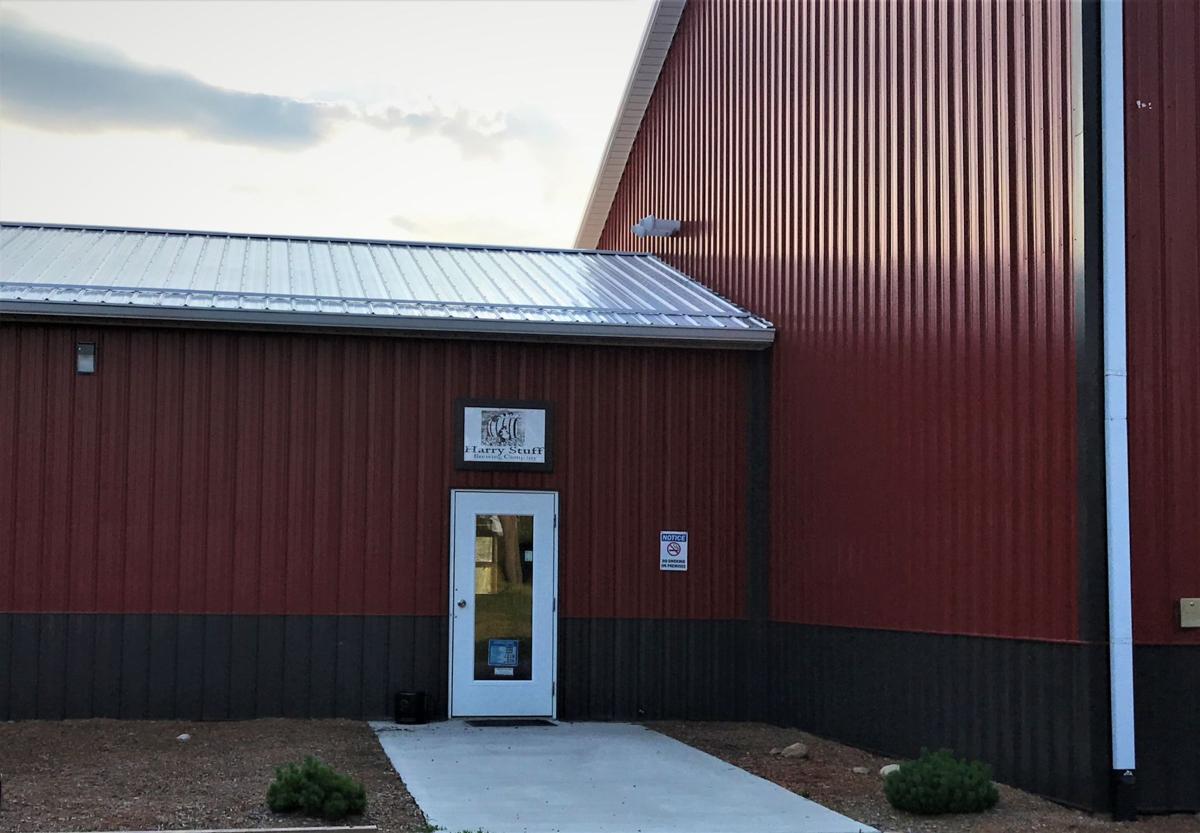 This is the inconspicuous entrance to Harry Stuff Brewing Company.

Pickers head out to the patch at the Mast Strawberry Farm near Wawaka. 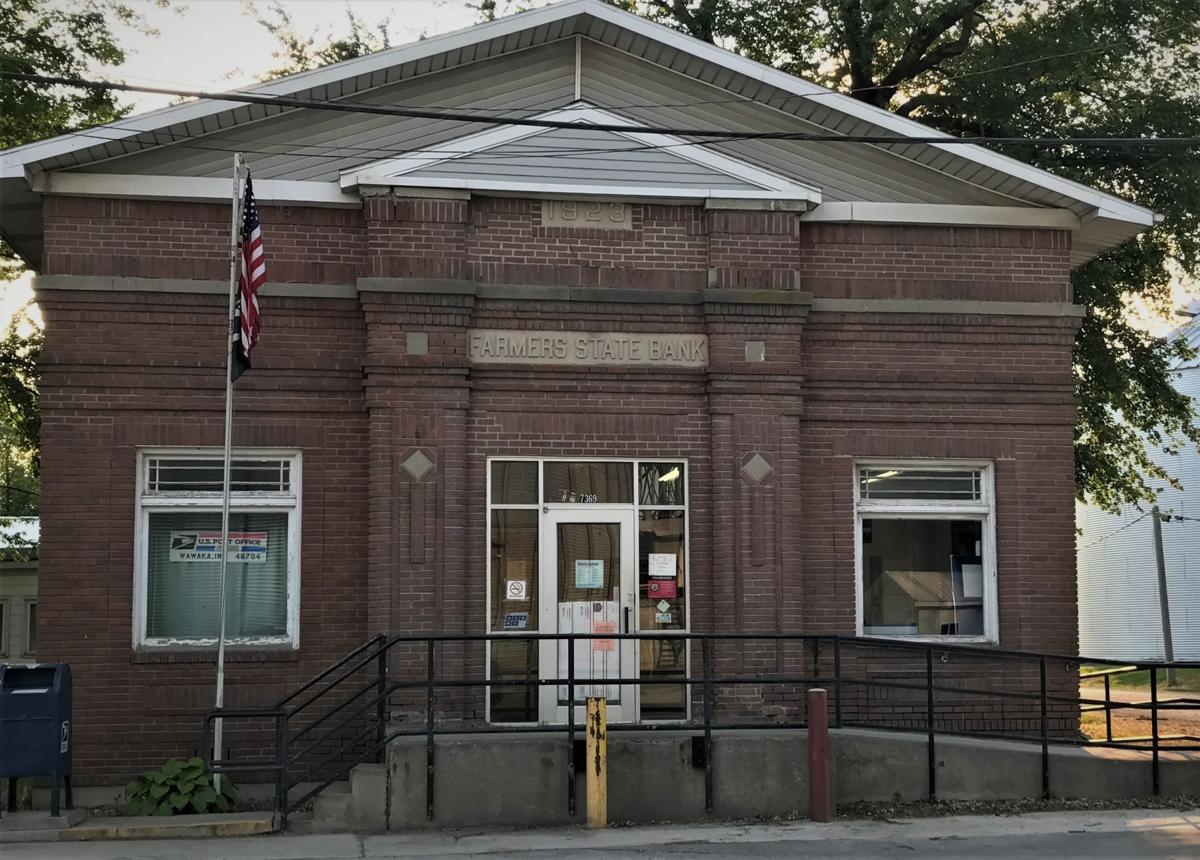 The Wawaka post office is located in the original bank building.

A flat of strawberries (6 quarts) is $20 at Mast Strawberry Farm.

A flight of Harry Stuff beers is $10.

This is the inconspicuous entrance to Harry Stuff Brewing Company.

Pickers head out to the patch at the Mast Strawberry Farm near Wawaka.

The Wawaka post office is located in the original bank building.

According to the Indiana Historical Society, Isaac Tibbot built a cabin in 1834 in the wilderness that is now Wawaka (“big heron” in Native American). In 1857, he plotted the town then added a post office when the Lake Shore Railroad came through.

A 1933 map from www.historicmapworks.com shows that H. Stuff and H & D Stuff owned property in Wawaka.

Today, Wawaka has a huge grain operation adjacent the railroad, and the post office is in the old bank building. Nearby, there’s a couple farms of interest.

This 30-acre property is famous for its spectacular corn maze, but you can also enjoy animals, farm toys, wagon rides, a storybook trail, and/or a barrel train. When available, pick pumpkins or sunflowers, sample apple dumplings and slushies, play pumpkin checkers or dig in the corn box.

When they’re ready, pumpkin and mum sales draw crowds, but on Saturday and Sunday, there’s an admission fee. Groups are welcome.

This farm brings folks from afar. There are acres of strawberries for picking at $1.25/pound, and at this writing, it’s prime picking time. On our visit, there were a number of pickers in the 80-degree heat, and the fields were flooded with blossoms — an indication of a couple more weeks for picking. These berries are large, sweet, juicy and some of the best ever.

Even today, the Stuff family continues to keep Wawaka on the map. Named after his great-grandfather, Ehren Stuff; wife, Luisa; and parents Ed (1961 Wawaka graduate) and Ginger created Harry Stuff Brewing Company. The inconspicuous red pole barn sits on the families’ Southfork Farm purchased by a great-uncle who survived the Battle of the Bulge in WW II.

The H. Stuff referred to above is a grandfather to Ehren and farmed land on the east side of town. The current property borders the Mallard Roost Wetland Conservation Area, a diverse 780-acre ecological wilderness around the South Branch of the Elkhart River.

Luisa, who is from Columbia, runs the kitchen and makes everything from scratch. Featured are original Columbian empanadas, flatbread and pizzas — all perfect with a flight of Ehren’s highly original beers.

An empanada order provides three of these delightful stuffed pies. There’s beef and potato, chicken and rice, a vegetarian and the smoking jalapeno popper. We avoided the latter, but sampled each of the others. Having had these delicacies in Central America, they are spot-on. Served with Luisa’s Columbian aji salsa (spicy green sauce) and a pineapple sauce, every bite was savored. They plan to add more Columbia dishes soon.

On the specials board, patacons (fried plantains) were posted. We didn’t see any come out of the kitchen, but someone ordered them for carry-out while we were perched at the bar and chatting with all the Stuffs.

Also on the board were a couple of desserts, and strangely, one option was Black Forest cake (German cake in a Columbian restaurant?). We ordered a slice and a flatbread to go. Both made for wonderful snacking. The cake was delicious, but the flatbread was better! Made with a house-made tomato sauce, mozzarella and loaded with herbs, it was exceptional.

The menu offers eight pizzas, and they were rolling out of the kitchen, as all the tables inside and out were taken.

Ed and Ehren are both Purdue graduates, and they concoct what Ehren calls, “farmhouse beers.” Unusual ingredients, like rhizomes, are married with the traditional barley, hops, water and yeast to make uniquely tasting beers — several with citrusy notes.

He’s even created a couple brews with Columbian connotations, like chocombia (flavored with cacao nibs and coffee) and Barichara that’s aged in wine barrels. Currently, there are seven beers on tap, and a barrel-aged farmhouse ale and four vino beers in cans.

On this day, my flight consisted of solera1, Wawaka pils, my thing (IPA) and Von Catenstein (black lager with German roots). The Pilsner was particularly refreshing with the empanadas.

Wawaka has awakened. The Harry Stuff family is making it another luscious location.